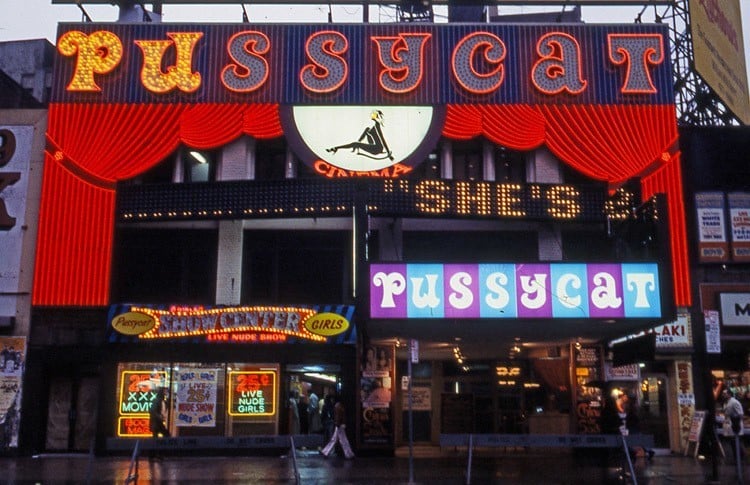 While New York City mayor Bill De Blasio has recently presented the topless Times Square performers as supposed threats to the “family friendly” space, the truth is that the hyper-packed commercial intersection has been a hotbed for sin for decades — and Maggie Hopp has the photos to prove it. 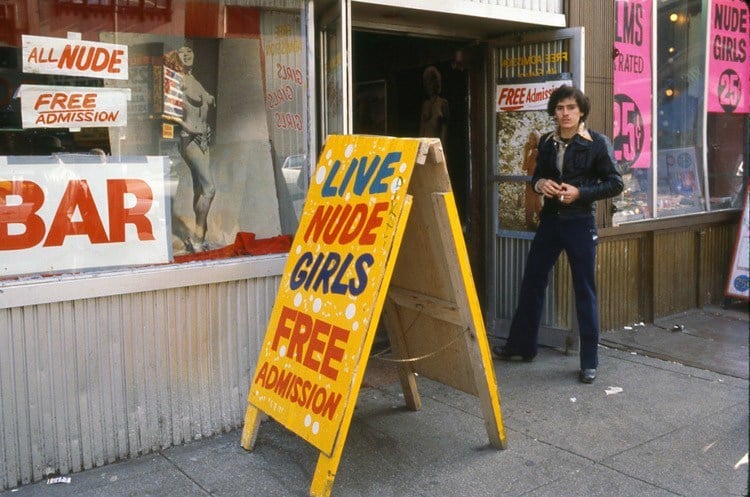 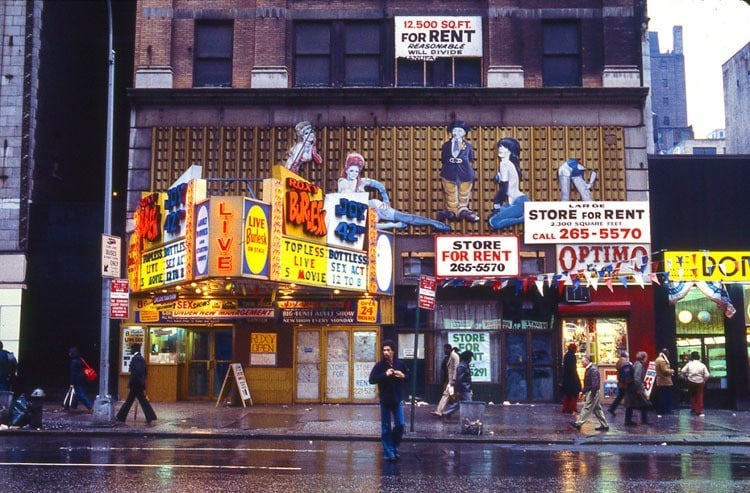 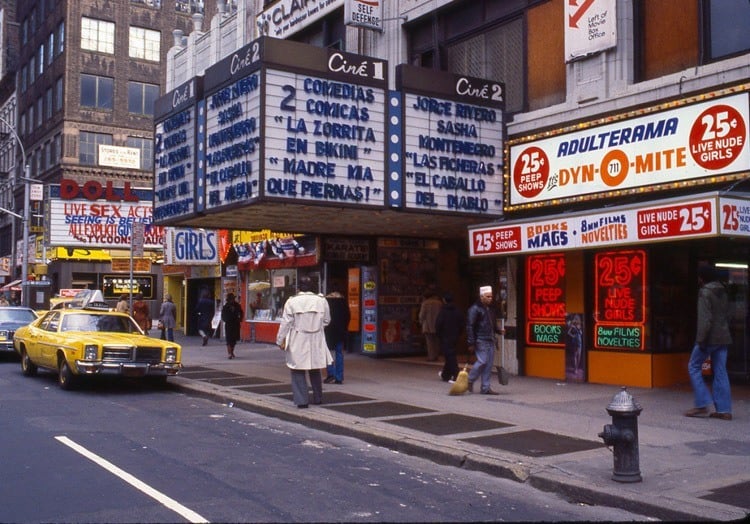 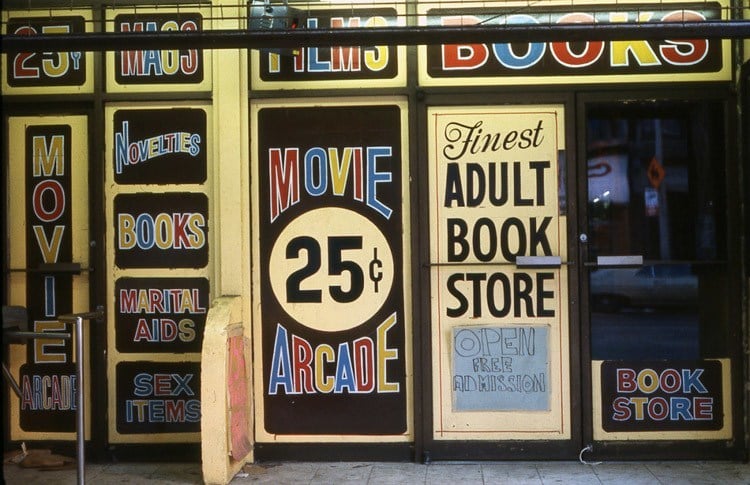 “In the late 1970s, in NYC, I was fortunate to find a patron and mentor in a far-sighted, deep-pocketed, gentlemanly, low-key, developer – a major player and master of NYC real estate who understood where progress would naturally take place, though he also had a preservationist’s eye,” Hopp said in an interview.

“Together, he and I discussed the neighborhoods slated for change which were of interest to him, and then I would photograph every block so he could see what was there without having to be out on the street telegraphing his interest (driving up the price of the property, perhaps, by his presence!). 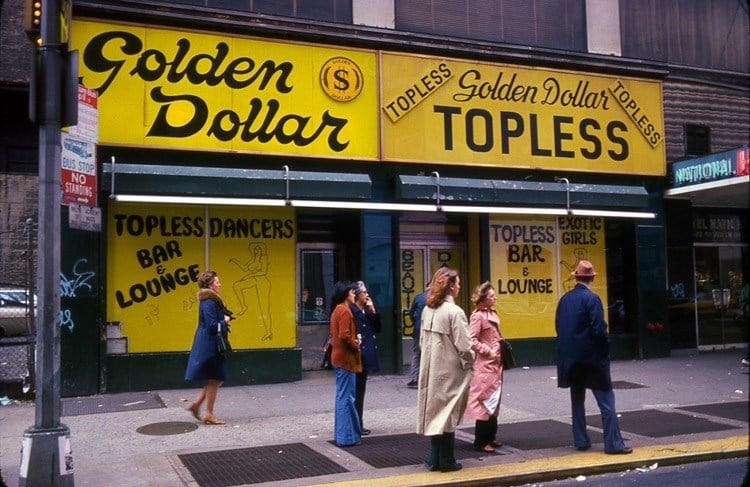 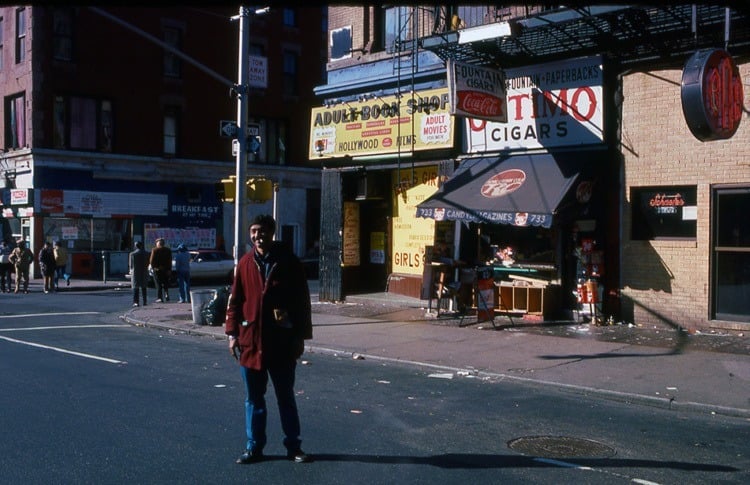 “He was, of course, more interested in determining which properties to buy, assemble and hold for long-term development, but I treated this pursuit as an opportunity to make a ‘photographic documentary art project’ and made a concentrated effort to find the best light, to be thorough, and to photograph every block and therefore to show which were the sites ripe for change and development.”

The sex-filled streets of Times Square didn’t begin to clear out until the 1990s, under mayor Rudy Giuliani’s administration. “Sex and sexuality were more a part of the urban landscape in the early 80s,” New York writer and nightlife expert Michael Muso observed.

Under Giuliani’s watch, “Everything became sanitized and Disney-ized and safe for tourists and wealthy residents,” Muso said. “The mayor made a concerted effort to crack down on anything that was too edgy or risqué.” 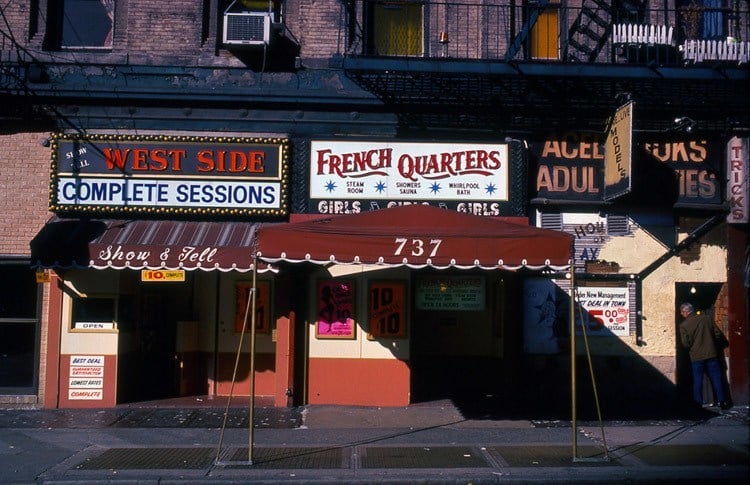 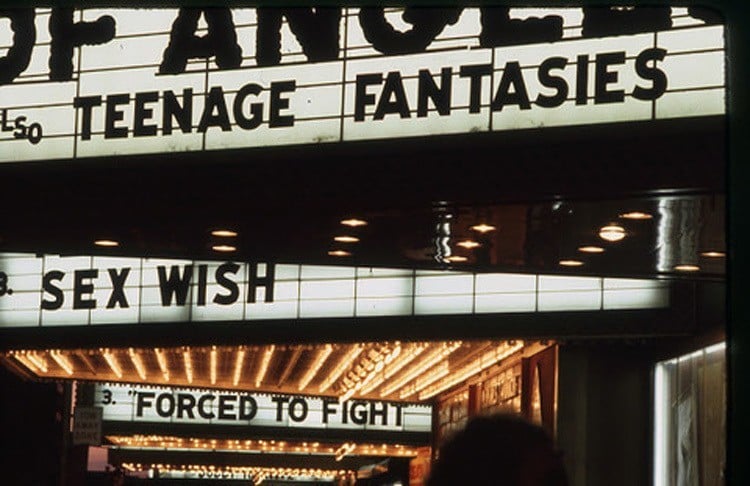 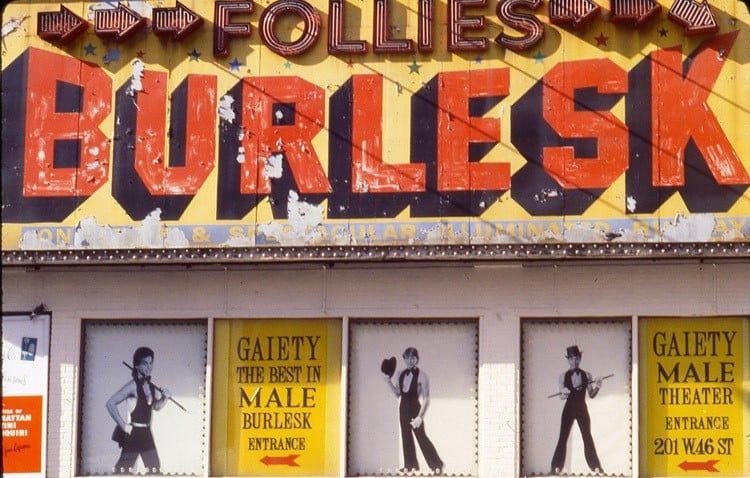 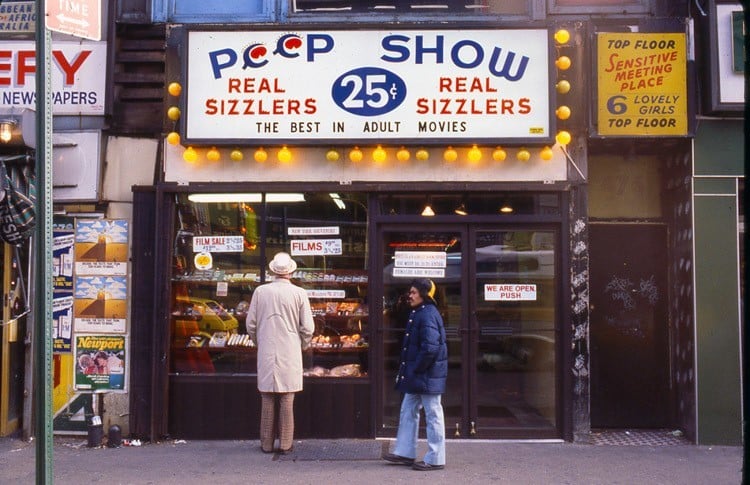 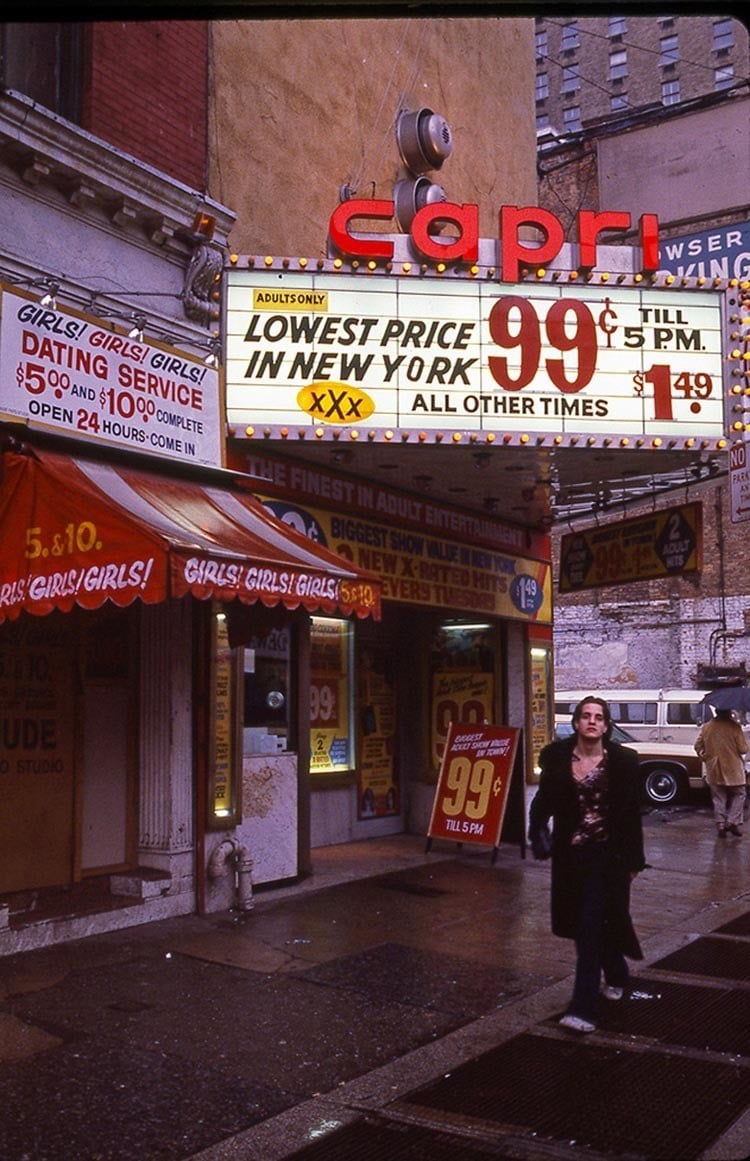 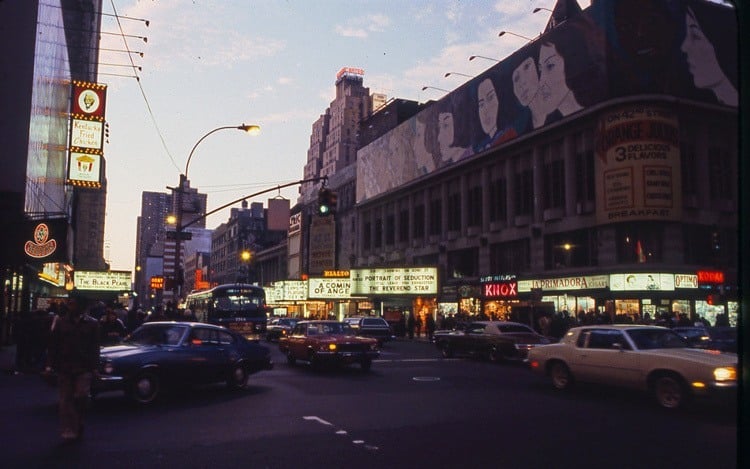 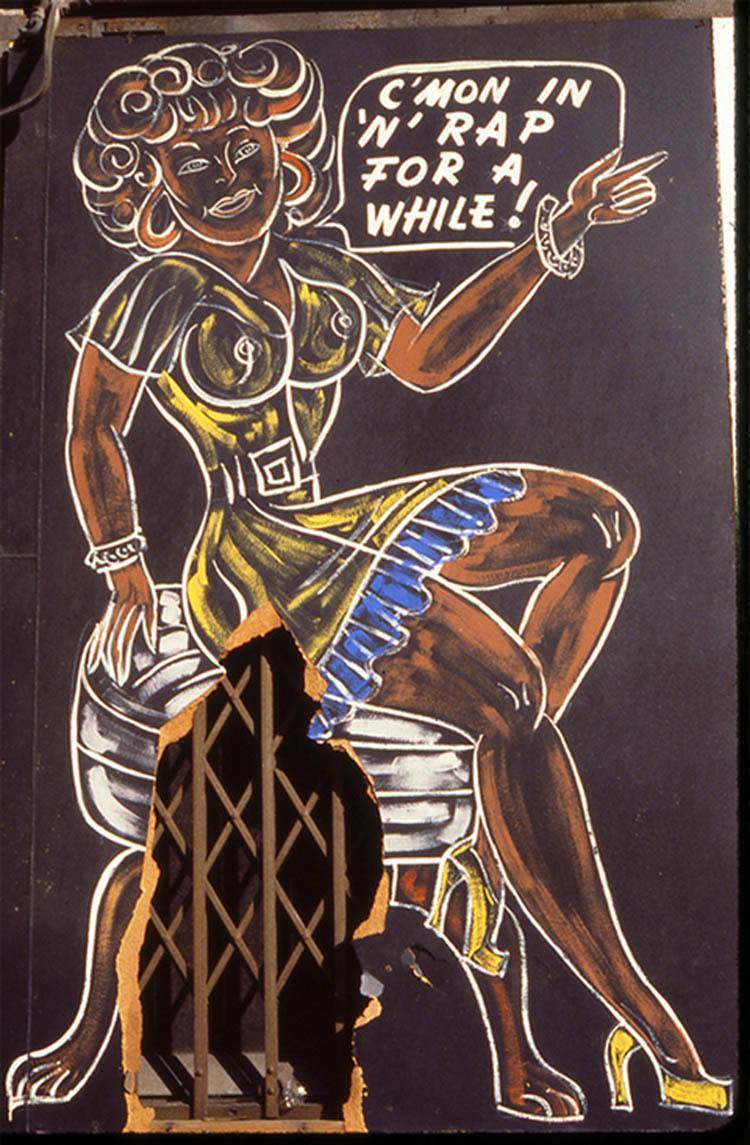 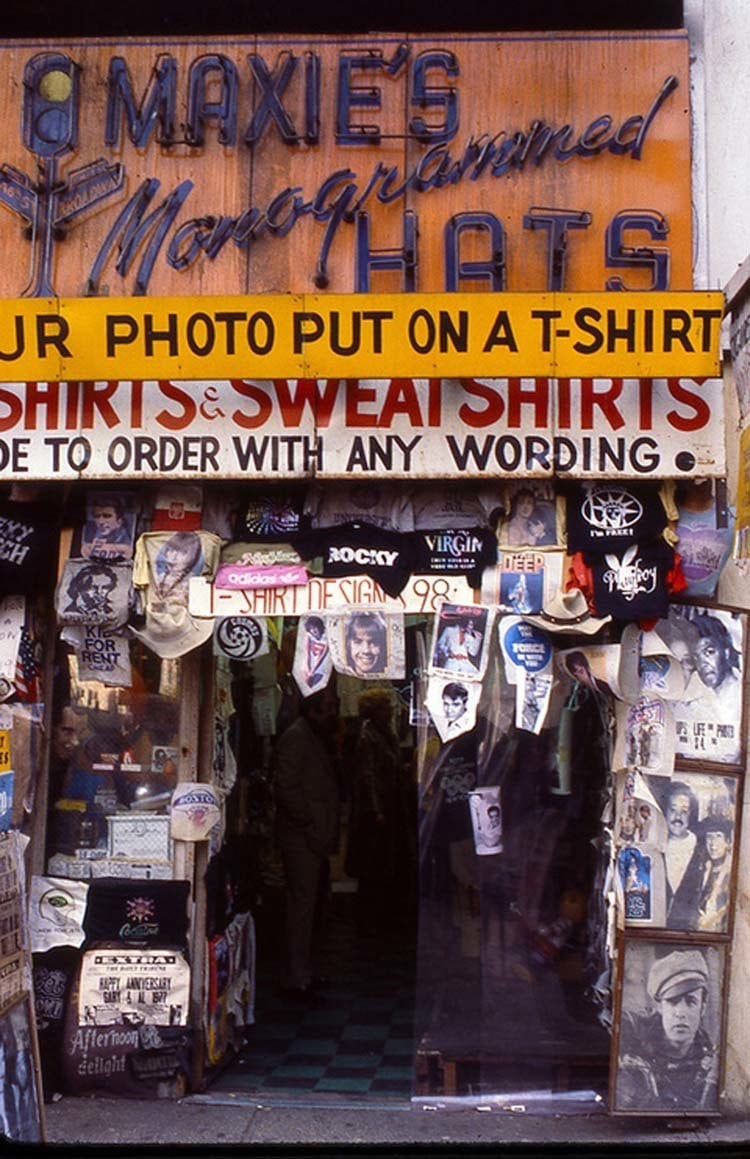 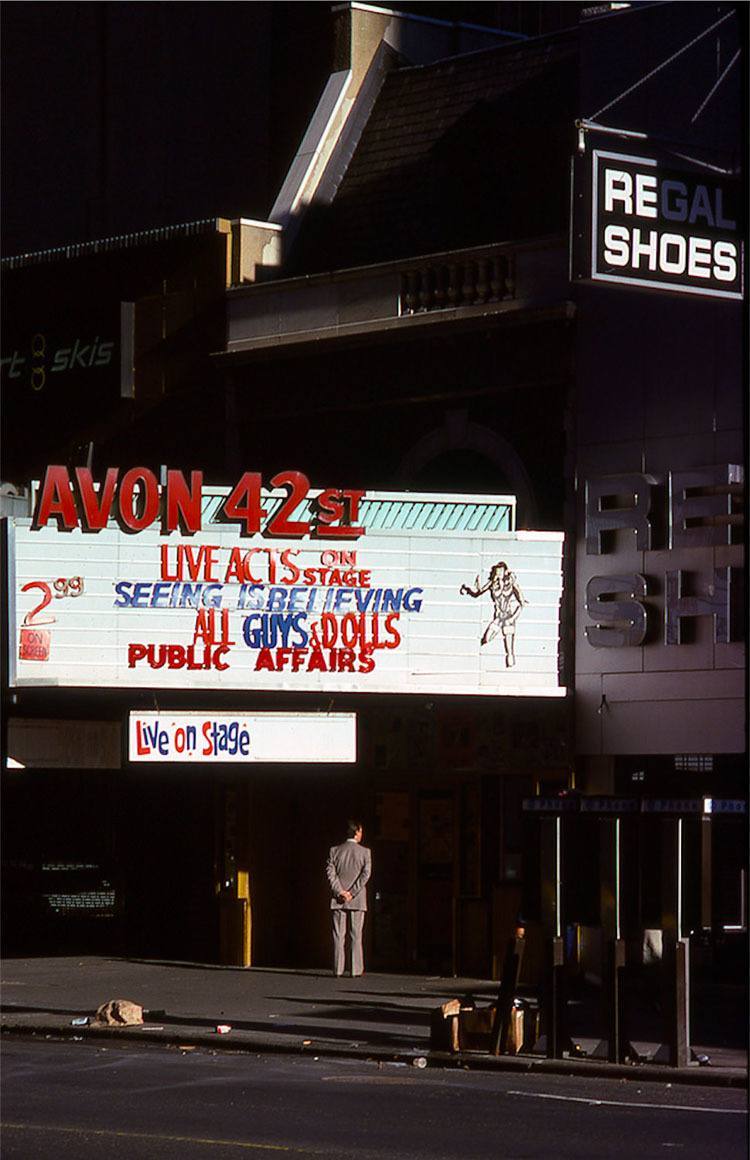