The Horrific True Story Of The 2011 San Fernando Massacre 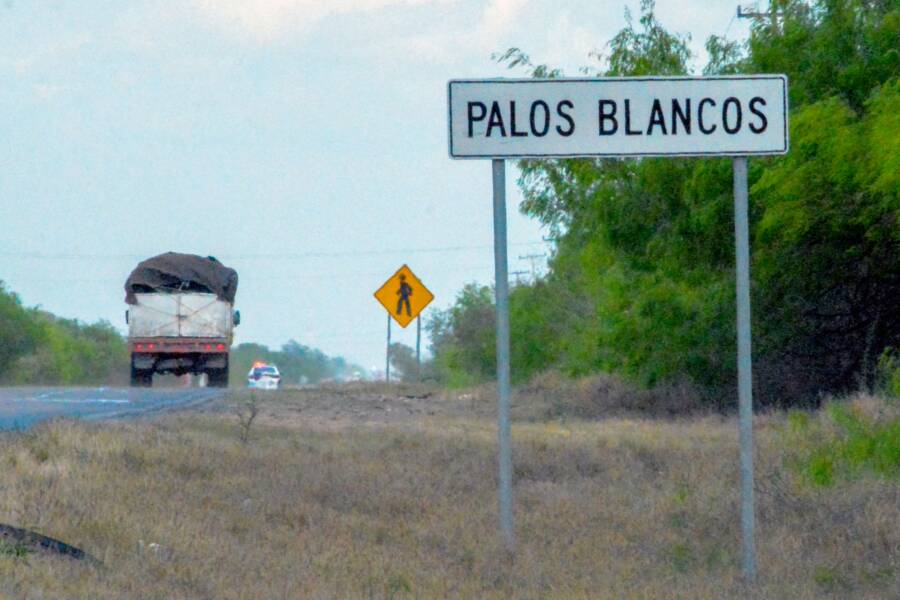 Jesus Gonzalez/AFP/Getty ImagesFollowing the 2011 San Fernando Massacre, Federal Highway 101 was colloquially dubbed “the highway of death” or “the devil’s road.”

The 2011 San Fernando Massacre was both disturbing and, tragically, far from a one-off occurrence. It had only been a year since officials in the Mexican city found 72 victims of the Los Zetas drug cartel buried in the dirt. This time around, the horrific body count eclipsed all expectations — with 193 people rotting in 47 mass graves.

They were the victims of a brutal new evolution in Mexican cartel violence. Los Zetas had begun to hijack buses along Federal Highway 101. They would rape and kill the women and offer men a macabre choice. Put in pairs and given sledgehammers, they were forced to fight each other. The winners got to become Zetas recruits, while the losers got death.

Busloads of people were declared missing in 2011 when their luggage went unclaimed in Reynosa and Matamoros. Mostly Central American immigrants, they were traversing the state of Tamaulipas to cross into Texas. Instead, they were raped and beaten to death or vanished into a new life as cartel soldiers.

The macabre bloodsport was detailed in The Houston Chronicle. Exposed by a Zetas member under a pseudonym, the details of the bus vanishings remain disputed. Some believe the victims were simply killed for refusing to join the cartel — but, ultimately, San Fernando had become so violent that few journalists ever entered to investigate.

The Second Massacre Of San Fernando

With population of 60,000, San Fernando is near the Texas border and epitomizes cartel carnage. Largely funded by the international drug trade, Mexican cartels wield military-grade weapons in firefights with Mexico’s Armed Forces that often leave collateral damage. Their wanton murders leave most civilians in silence. 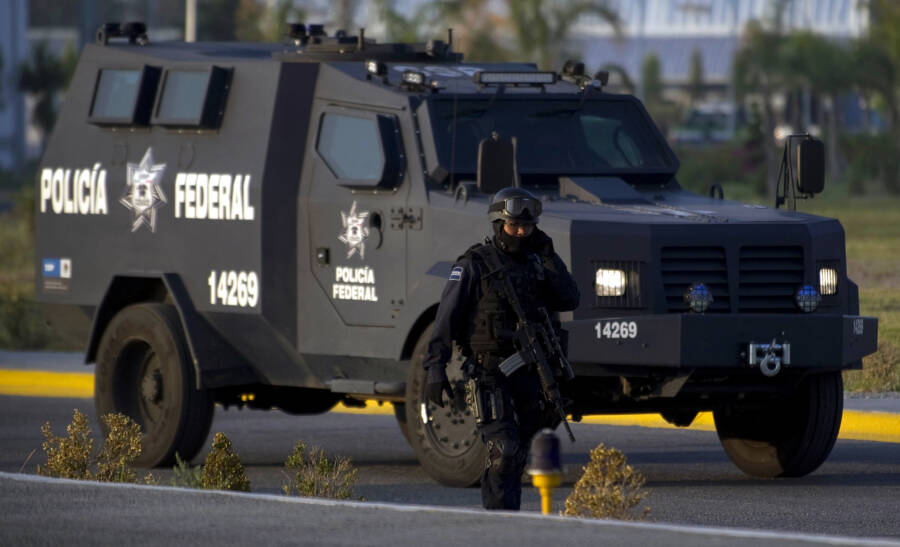 Mexico’s National Human Rights Commission estimated that 20,000 migrants were abducted in 2010, alone. Most are extorted and let go or sold into prostitution. On Aug. 24, 2010, however, Mexican Armed Forces unearthed the bodies of 72 undocumented immigrants who were simply executed.

The 2010 San Fernando Massacre bore similarities to the June 2011 confession of Zetas member Édgar Huerta Montiel. He alleged that the victims were abducted from buses and killed for refusing to join the cartel or pay their way out. By that point, however, more bodies had surfaced.

Authorities had been notified of missing passengers from Highway 101 on May 24 and May 29, with soldiers following a tip that led them to the La Joya ranch a few miles off the road. It was a solid lead, as cartels were known to take over ranches and convert them into makeshift jails or execution chambers.

The military gunned four Zetas members down, before capturing nine others and finding five abducted passengers inside the ranch. With the suspects revealing what they had done, excavations began. The April 6, 2011, effort would eventually yield the largest mass grave ever found in Mexico. 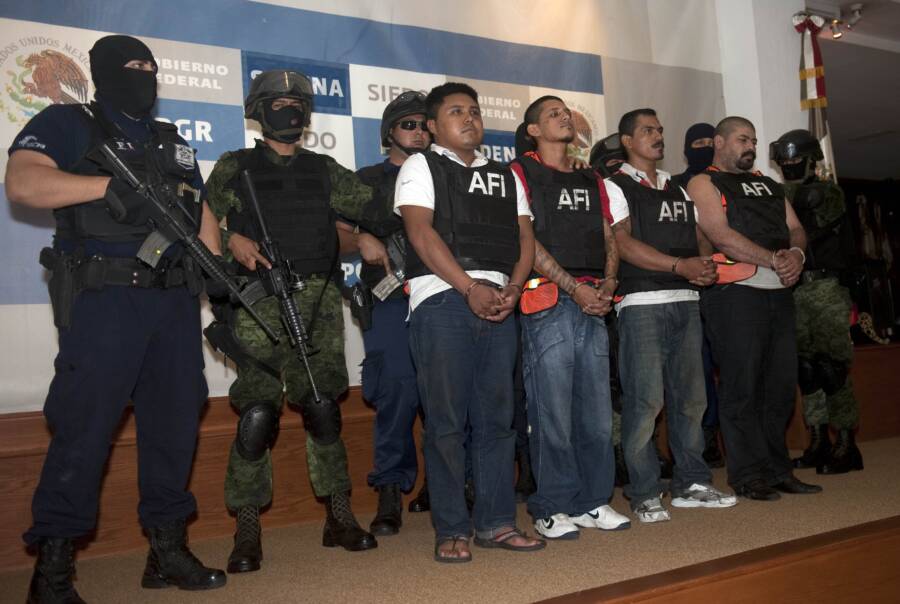 Most harrowing of all was the forensic evidence. There were only a few bullet casings at the scene, but one sledgehammer — and bodies showing blunt trauma to the head.

Unearthing The Mass Graves Of Tamaulipas

The largest two graves were 10 feet deep and each held around 45 corpses. Victims were piled on top of one another haphazardly before the cartel used a backhoe to cover up their resting place. While police arrested 76 suspects, including senior Los Zeta member Martin “El Kilo” Estrada, there was no victory there.

President Felipe Calderón deployed the military against Mexico’s cartels in 2007, and despite $1.6 billion in U.S. support, 35,000 civilians were now dead by 2011, with thousands missing. He sent soldiers into San Fernando after the massacre to “protect migrants and Mexican families,” but they soon withdrew — unlike the cartels.

The handful of passengers lucky enough to be rescued confirmed their captors intended to recruit them. With nearly all of the bodies lacking identification, authorities transported them to the Matamoros morgue for family members to hopefully identify. 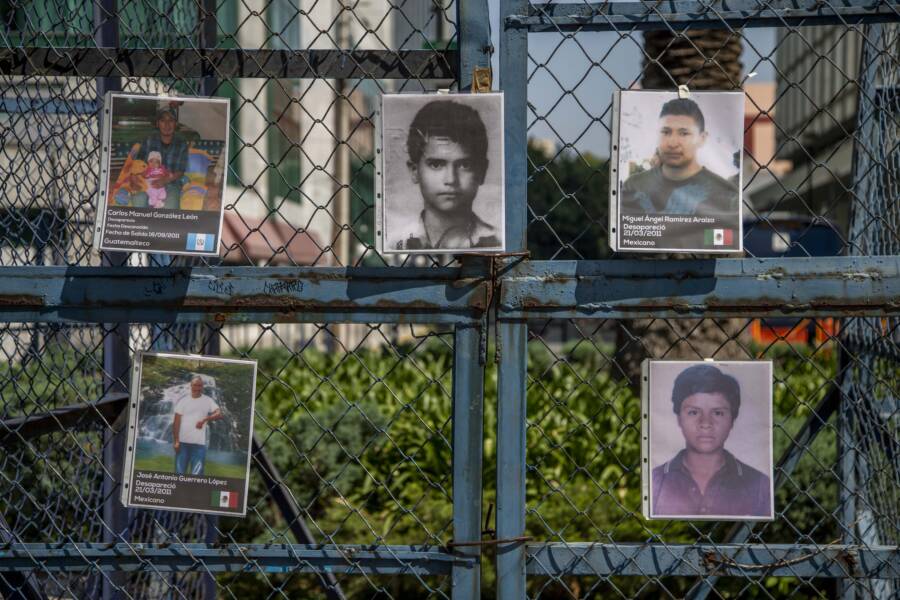 “People began to disappear,” said San Fernando priest Ramon Ruiz. “First it was people with money, then it was anyone. They kidnapped a local farmer’s son and demanded $10,000, and when he gave them $5,000 — everything he had — they sent him half of his son.”

Tamaulipas Lieutenant Governor Morelos Jaime Canseco Gómez admitted police were still looking for another bus of passengers. The U.S. State Department issued warnings not to travel to or within Tamaulipas, as a result. Then, on April 21, 2011, police arrested San Fernando’s police chief – and got a little closer to the truth.

The chief and 16 of his 25 men were questioned under suspicion of helping the Zetas abduct, kill, and bury the passengers. With the Los Zetas fighting the Gulf Cartel for control of human trafficking networks, police corruption was no surprise. Favors were done under threat of death, while higher-ranking officials were paid off. 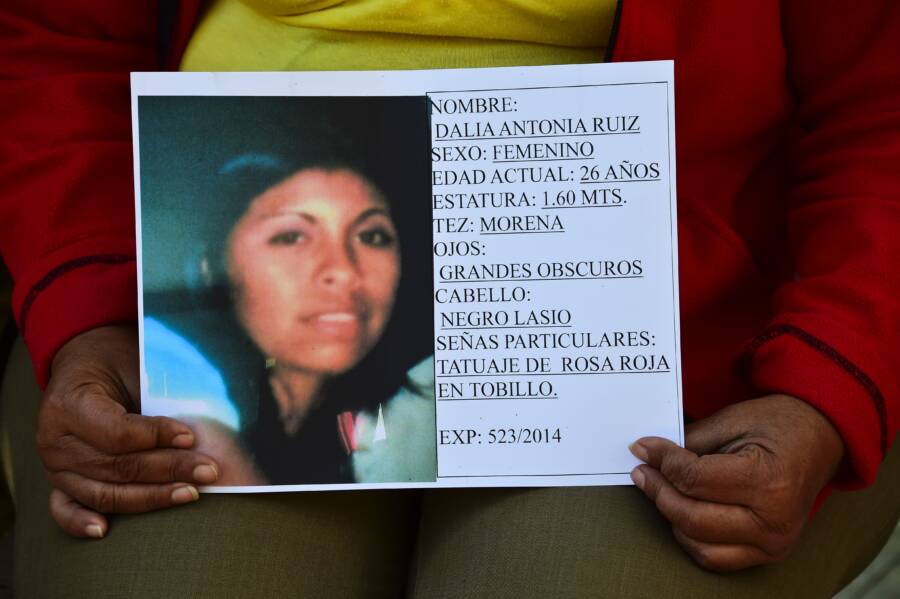 The memo indicated that local police acted as “lookouts” and helped in “the interceptions of persons” across all cases. It was the first time the Attorney General’s Office declassified documents relating to the incidents, and proved authorities not only tolerated cartel activity but assisted it.

“I know that police and transit officials in San Fernando help the Zetas organization, because rather than take detainees to the Pentágano, which is to say the municipal jail, they would deliver them to the Zetas,” said Álvaro Alba Terrazas, one of the 17 detained police officials.

Terrazas said the most corrupt was “an elderly police officer and another named Óscar Jaramillo, who receive money from the organization to collaborate.” Most troubling, however, is that The National Security Archive examining this memo stated that all 17 detained police officers had vanished from the public eye.

With countless reports emerging of mayors and cops across Mexico collaborating with the cartels, it appears tragically unsurprising that many who knew the truth were either put into hiding or killed to keep them quiet. In the end, the legacy of the 2011 San Fernando Massacre is one of blood money, corruption, and wanton murder.

After learning about the 2011 San Fernando Massacre, take a look at 33 photos of the Mexican drug war. Then, learn about the Mexican boys forced to eat human flesh as a cartel initiation.