Virginia "Ginny" Oliver learned how to trap lobster from from her dad in 1927, and today she still fishes with her 79-year-old son. 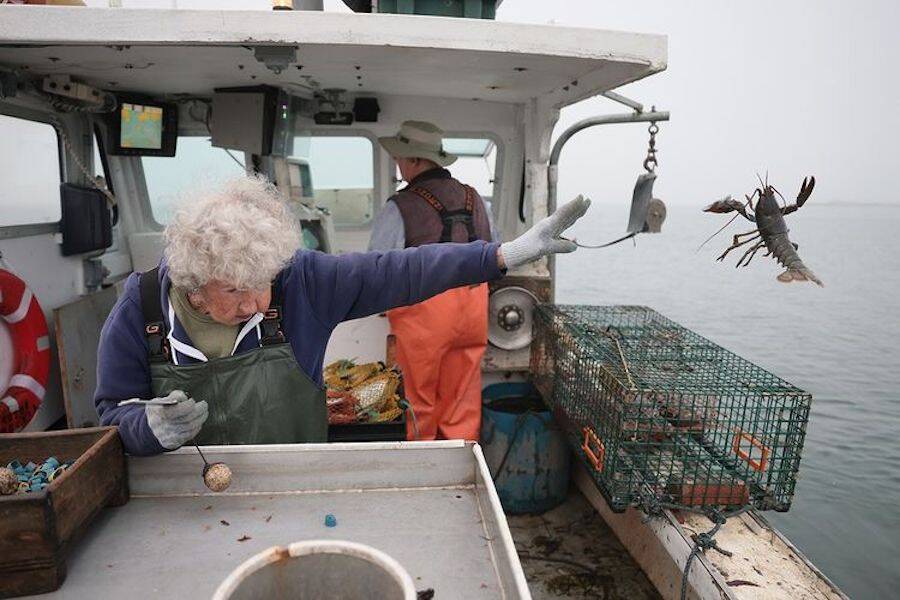 Boston Globe/InstagramOliver measures each lobster and releases those too small to keep.

While most elderly folks are content to spend their later years at home, Virginia Oliver wouldn’t dream of it. The lifelong Mainer and lobster trapper learned her trade at 7 years old, still spends three days a week at sea — and just celebrated her 101st birthday.

Oliver has now spent nearly a century trawling for lobsters off of Maine’s coast and curated a life experience now serving as a slice of American history. She began as a tyke before the Great Depression and continued through World War II and into the new millennium — with neither age nor injury slowing her down. You can see her at work here.

Lobster trawling isn’t for the leisurely or squeamish. Oliver works alongside her helpful 79-year-old son Max, but occupational hazards still abound. While Oliver claimed the job isn’t difficult and that she could take care of herself, she recently cut herself so badly that she needed seven stitches and was urged to retire.

“And the doctor said to me, ‘What are you out there lobstering for?'” Oliver said, according to Lad Bible. “And I said, ‘Because I want to.’ Well, I don’t care what he thought!”

Oliver’s seafaring adventures annually span from May to November, with the admirable mother-son team having curated a rather efficient system on board. While Max Oliver carries the lobster traps from the water onto deck, his resilient mother measures the creatures and decides which ones are too small to keep.

Oliver and her son have to wake up at 3 a.m. to properly do the job. Their shifts are more than twice as long as regular nine-to-five working hours, and don’t end until nearly 10 p.m. For Oliver, some things haven’t changed — while others are starkly different today.

“When I first started, there weren’t any women but me,” she said. “My husband and I used to go out in all kinds of weather. There aren’t as many lobsters today, though. They’re way overfished, like everything else.” 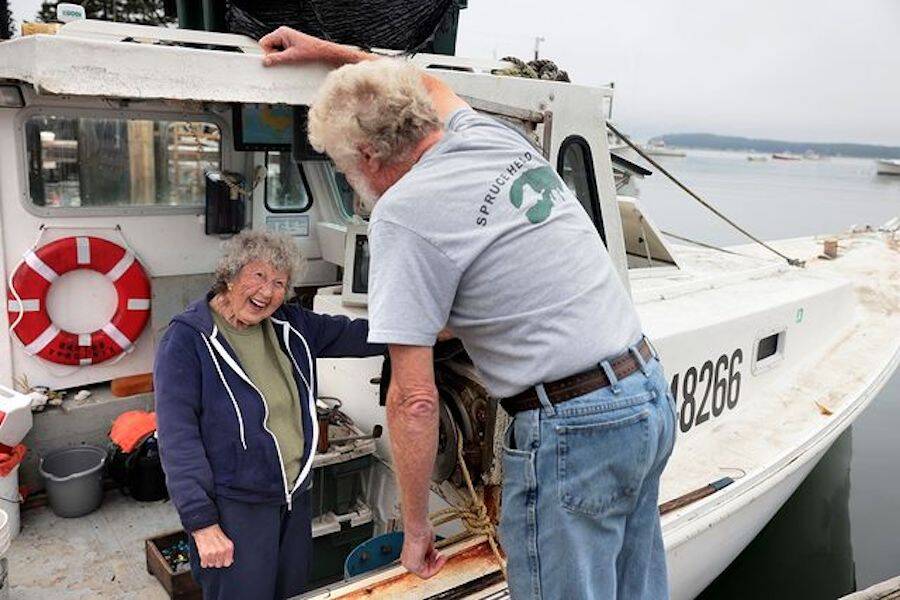 According to CBS News, Oliver was introduced to the trade by her father. Firmly designated a man’s job at the time, Oliver was the only girl helping out at sea. Nearly a century later, she appears to be the one in charge — to her son’s amusement.

“She doesn’t give up,” said Max Oliver, adding that if he ever dared to retire his mother would say, “You better have something wrong with you.”

Oliver said that she doesn’t expect anything of her son that she wouldn’t do herself. 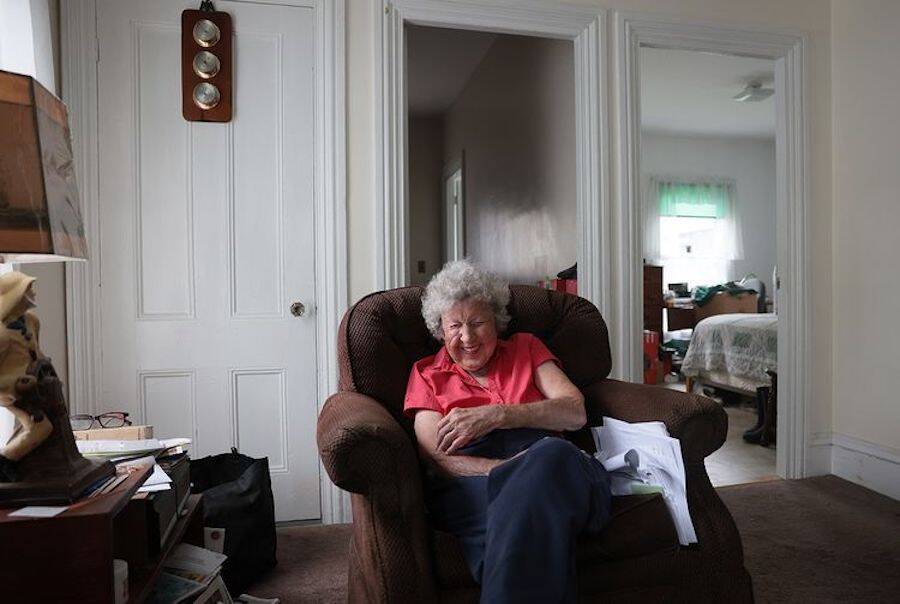 Boston Globe/InstagramOliver stated quite firmly that the only way she’ll retire is by dying.

Fortunately for Max, he isn’t the only Oliver being urged to keep up with tradition. Her other son Bill is being held to the very same standard — and already 79 years old, himself.

“Someone asked me, ‘why don’t you retire?'” Bill said. “I said, ‘I can’t. My mother would break my neck.’ I’ve always been pretty active and hardworking, and I can’t see myself sitting around doing nothing. You keep moving, and I think you’re a lot better off.”

Ultimately, there seems to be no stopping the 101-year-old Maine native. Virginia Oliver has been trapping lobsters since New Yorkers waited in breadlines, before the United States declared war on Japan, and when Richard Nixon resigned from the presidency. In the end, she knows of only one thing that’ll make her stop.

After reading about the 101-year-old woman who is still lobster fishing after nearly a century of doing so, learn about the oldest woman in the world living to be 122 despite an awful diet. Then, read about the Montana man with the oldest American DNA ever recorded.