Jeanne Calment, The World’s Oldest Woman, Had An Awful Diet – And Lived To Be 122

Jeanne Calment spent her life doing almost everything that doctors advise against if you want to live a long life. She smoked, she drank, she played with guns, she ate excessive amounts of sugar and red meat, and she never ate breakfast, save for a cup or two of coffee. 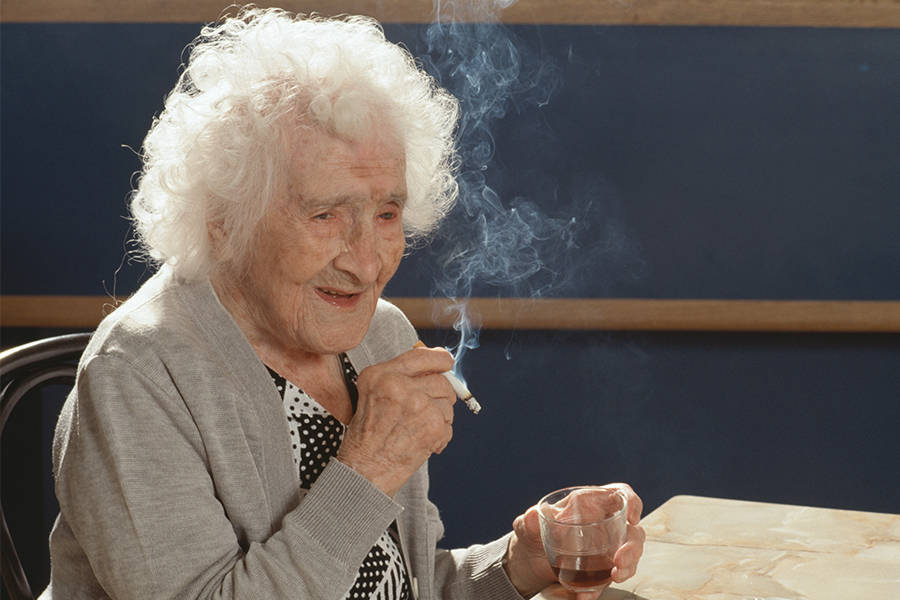 Throughout her long life, from her birth in 1875 to her death in 1997, Jeanne Calment broke several records, all of them after she had spent a century on earth.

Jeanne Calment first gained fame when she turned 111 and broke the oldest living person record. In an interview about her shocking age, she revealed that she had only moved into the nursing home in which she lived a year prior and that until the age of 109, she was living on her own. 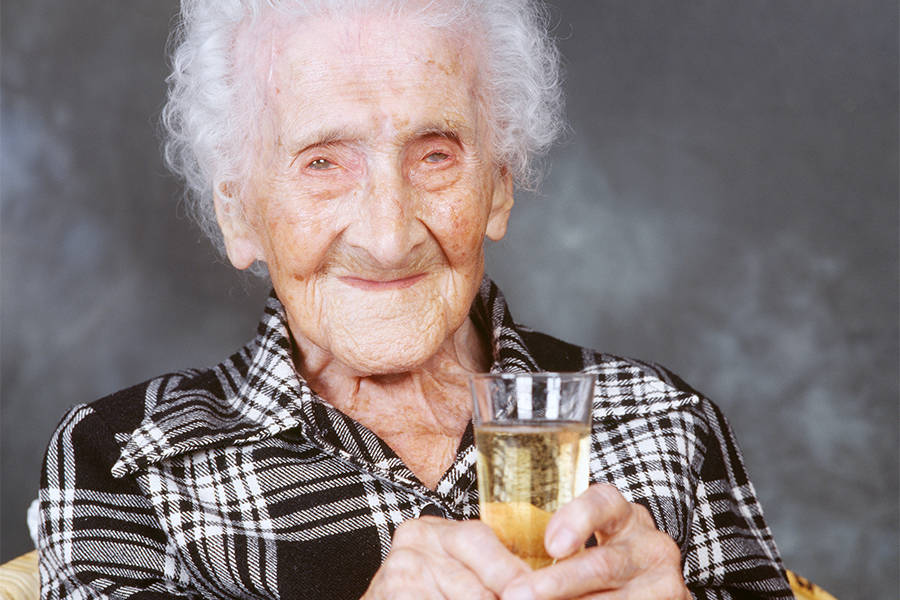 Calment attributed her long life and youthful glow to her diet and active lifestyle.

Every day of her old age, roughly from age 85 onward, she would wake at 6:45 a.m. and start her day with prayer. Then, she’d sit in her armchair and do gymnastics while wearing headphones, which included arm and leg exercises, and finger flexing. Then she’d shower, without help from her caretakers, and finish getting ready by dousing her body in olive oil.

For lunch, she’d have braised beef, eschewing the healthier fish options, and a cigarette, with a glass of Port. She often complained about her bland foods, and frequently requested fried, spicy foods. Until she was 116 years old, she’d finish all meals with a dessert, usually eating about two pounds of chocolate per week.

When she could, she’d cover her meals in olive oil, attributing her health to an abundance of it, inside and out.

Throughout her time in the nursing home, Calment participated in several supercentenarian studies, during which doctors noted that she consistently moved faster, had better mental capabilities, and was generally healthier than those who were sometimes 10 to 20 years younger than she was.

When Jeanne Calment died, at age 122, she was 4’6″, weighed 88 pounds, and despite being almost fully blind, was in relatively good health considering her age.

She was still eating sweets and drinking cheap red wine until her death in 1997 and had only quit smoking a year prior, claiming that it was her reliance on all of the above that kept her around so long.