The Most Absurd Fad Diets In The World

From eating tapeworms to existing only on hot air, check out the bizarre lengths which people have gone in order to shed a few pounds with absurd fad diets. 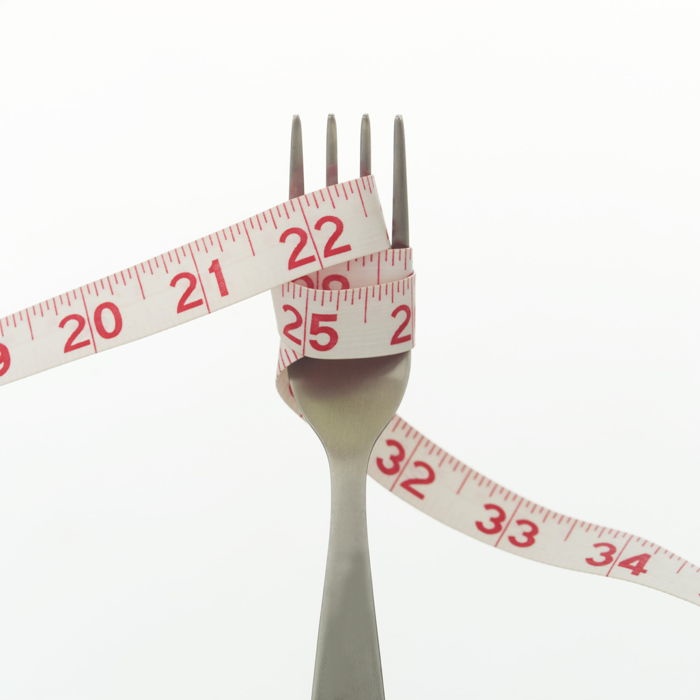 With hundreds of diets claiming to be the holy grail of weight loss, it’s hard to distinguish the legitimate schemes from the frauds. Dieting itself has been around for most of human history, though fad dieting grew increasingly popular at the beginning of the 20th century. Yet for every successful diet plan, there are twice as many that have been disproved or retracted. Here’s a list of some of the most peculiar diets from the past few centuries. 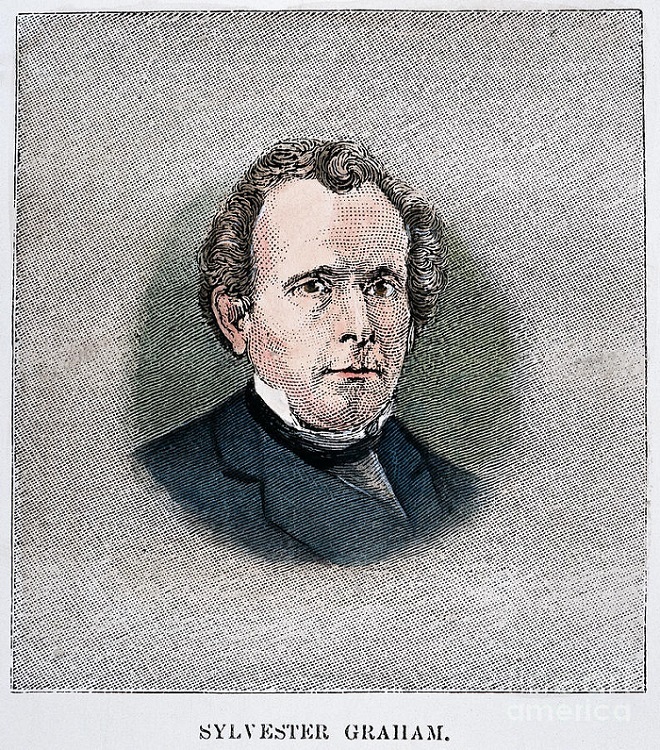 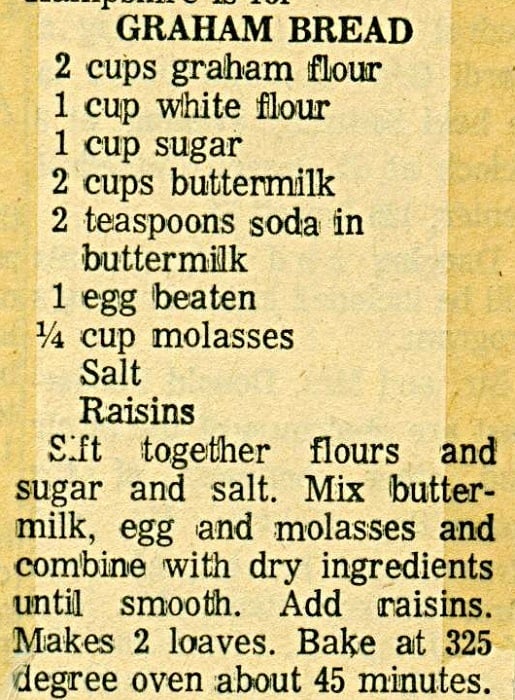 To combat this sinful lifestyle, Graham encouraged followers to eat a bland diet centered on vegetarian food and caffeine-free drinks (supplemented by large amounts of graham bread created by Mr. Graham himself). The diet was so popular that Oberlin College students were forced to comply with its suggestions for multiple years. Unsurprisingly, people weren’t cured of their sexual lust or sinful desires. 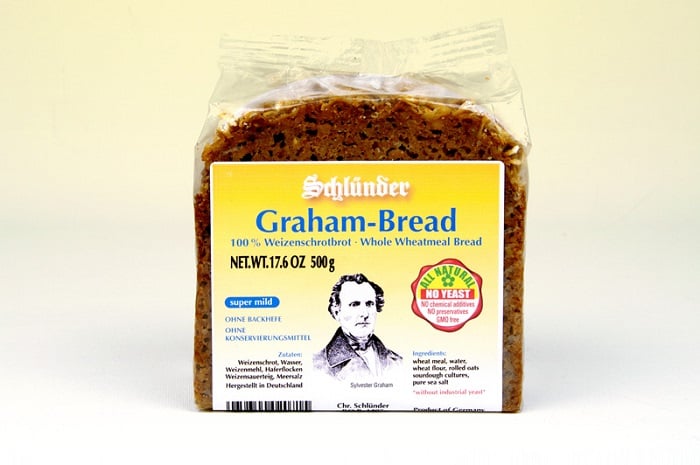 The Most Absurd Fad Diets: Fletcherizing 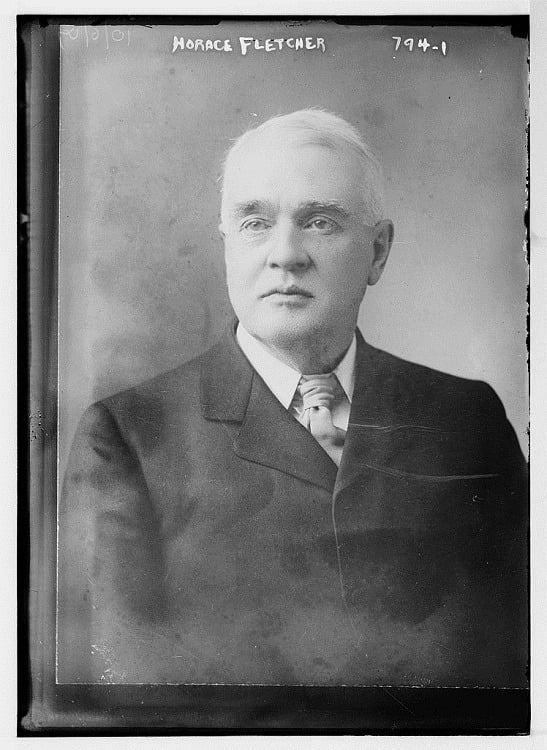 Horace Fletcher was an art collector in the 1900’s who claimed that his 40 pound weight loss could be attributed to his odd method of eating, which he called “Fletcherizing”. Fletcher didn’t offer advice on the types or quantities of food one ate; he only argued that each morsel of food must be chewed for a lengthy period of time. Some say that he recommended chewing each bit of food 32 times (one for each tooth), while others quoted him encouraging people to chew even longer. 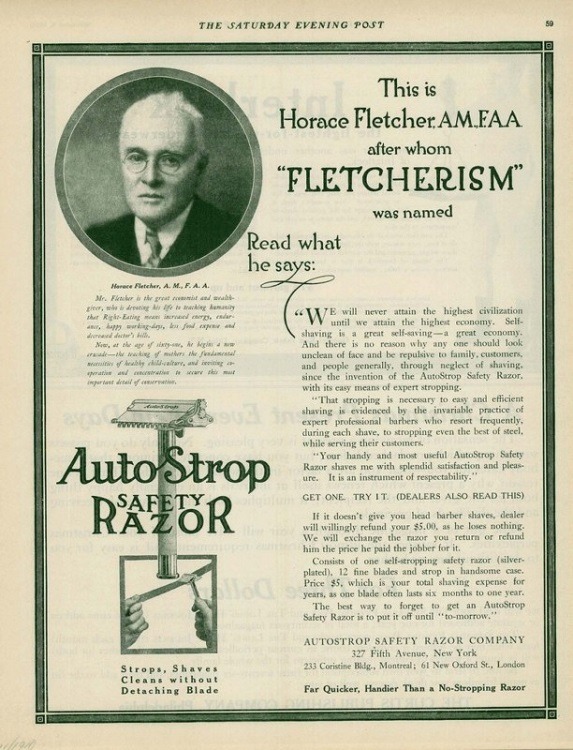 Horace Fletcher claimed that his diet was scientifically proven and that along with weight loss it would improve one’s health, intelligence, and charm. The reasoning, he claimed, was that while chewing the body would ingest all of the food’s nutrients but not all of its bulk. As one of that era’s more popular fad diets, people were swept into believing Horace’s suggestions. Some even set up dinner parties where guests’ chewing was timed. 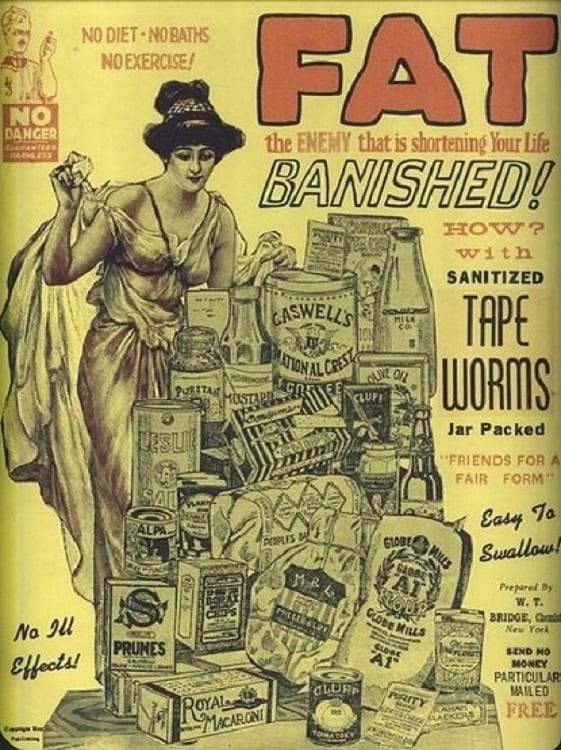 While most ingest tapeworms on accident through undercooked meat or bad dairy products, in the early 1900s people swallowed the parasites on purpose. Often taken in the form of a pill, supporters encouraged dieters to swallow beef tapeworm cysts with the hope that the parasites would mature in the individual’s intestines and absorb food and nutrients from his or her stomach. 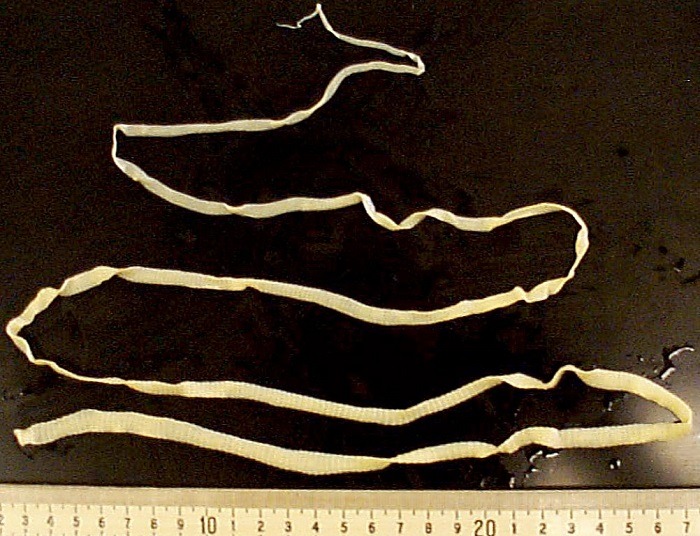 While ingesting the tapeworms did help individuals lose weight, it also prompted some very serious side effects. Violent diarrhea, vomiting, malnutrition, and the formation of cysts in the liver, eyes and brain were all common side effects from the Tapeworm Diet. For some, the side effects were lethal. For those who survived and reached their goal weight, doctors would administer another pill to kill off the tapeworm living inside the dieter so the individual could continue on with life as usual. 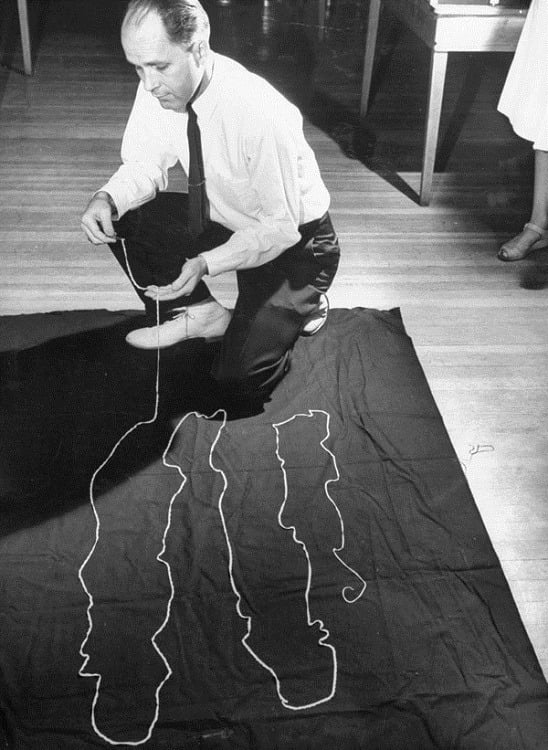 The Tapeworm Diet is so destructive that it has been banned in most countries.