Can You Color Your Way Out Of Adult Stressors? 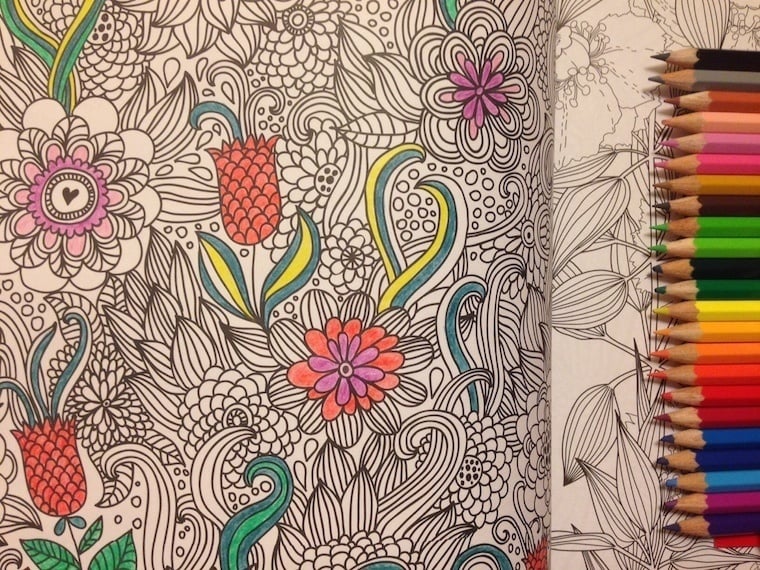 1. A 21st century illness that flourishes in developed societies.
2. The pressure of having only a few hours a day to finish all that we hope and have to do.

Yes, you read that correctly. At first it might sound outlandish that adults are reverting to “toys” in order to cope with the stresses that each day brings, but in northern Europe coloring for adults is already a major trend. In the United States, the concept is in bloom.

Adult coloring books like the ones Johanna Basford makes have sold over two million copies. She describes herself as an “ink evangelist,” and her first coloring book, Secret Garden, hit the top spot on Amazon this past spring, with her sophomore effort, Enchanted Forest, making its way up the top sellers ladder as well. Her third coloring book, Lost Ocean, will be released this fall and is already on the list of the most (pre-ordered) volumes sold.

If we take a minute to look back on our own childhoods, the success of Basford’s books—and others like them—shouldn’t be that surprising. We all loved coloring when we were kids: it was simple and above all, playful. Hours would slip by as we lay on the floor or hunched over our desks, filling in page after page with an assortment of colors. As we made purple skies and blue lions, clearly we were creating something else, too: a sense of peace. 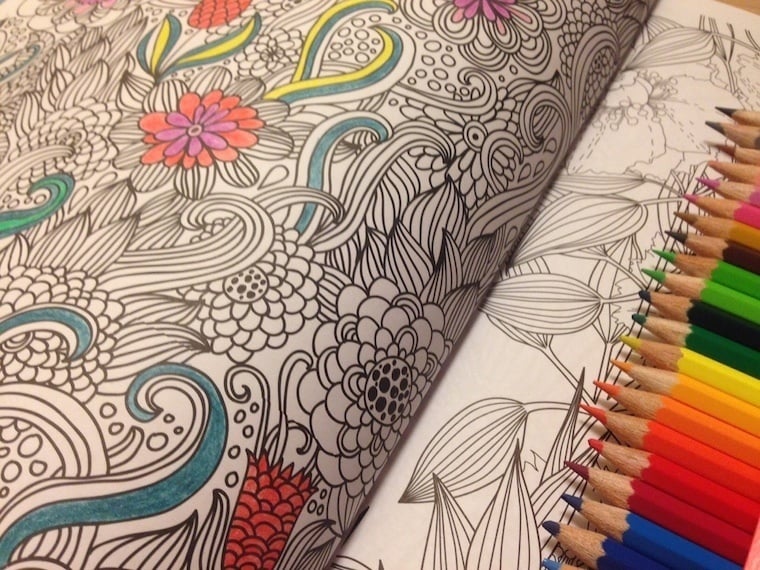 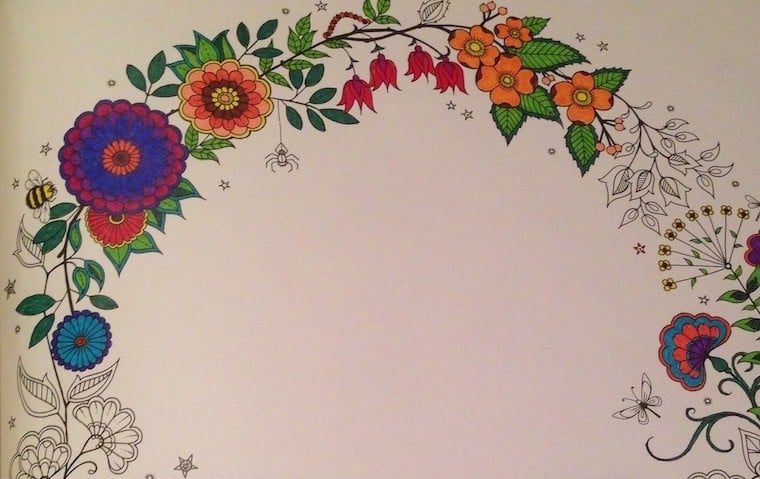 For today’s hyper-tense populations, the adult coloring book is the new therapy. Those who have tried it list a number of advantages. First, it’s cheap: all you need are a pack of crayons and an adult coloring book, which usually won’t set you back more than $10. Second, it’s not exactly “childish”: adult coloring books skip all the bears and rainbows that appeared in your childhood coloring books, and instead offer intricate patterns and delicate fractals concealing hidden images. Third, it’s practical: adults can color while talking to other people, on an airplane, at the doctor’s office waiting room, or in bed as a substitute for playing with your smartphone.

Most importantly, it actually works. “Coloring is a relaxing activity where creativity and the motor-skills areas of our brain intersect. It also takes us back to our childhood, when were happier and had less worries,” says Gloria Martínez Ayala, a psychologist in Madrid who also teaches workshops on stress control.

Testing testing… Doing a little blog for my chums at Cultpens.com

A lot of us scribble while on the phone, in a meeting, or even while we’re supposed to be working. Some draw planes, others draw geometric shapes or abstract Kandinsky-like creations. An adult coloring book, while initially sounding strange, isn’t all that different. The next time you’re stressed, why not put some color in your life?