Gay rights are a flashpoint in what can be described as a global culture war, and in many ways a country’s stance on gay rights can serve as a somewhat reliable indicator of that nation’s overall quality of life. After all, it’s hard to build a successful economy in an environment where some citizens are more or less arbitrarily deprived of equal protection under the law—and when international investors, diplomats, as well as tourists are increasingly punishing nations that discriminate against gays.

To be fair, some countries seem to be passing through a transitional period, with some recognition of gay rights and minimal open persecution. Others, however, remain firmly entrenched in their ways and seem determined to keep the closet door firmly locked. We look at all of these countries below: 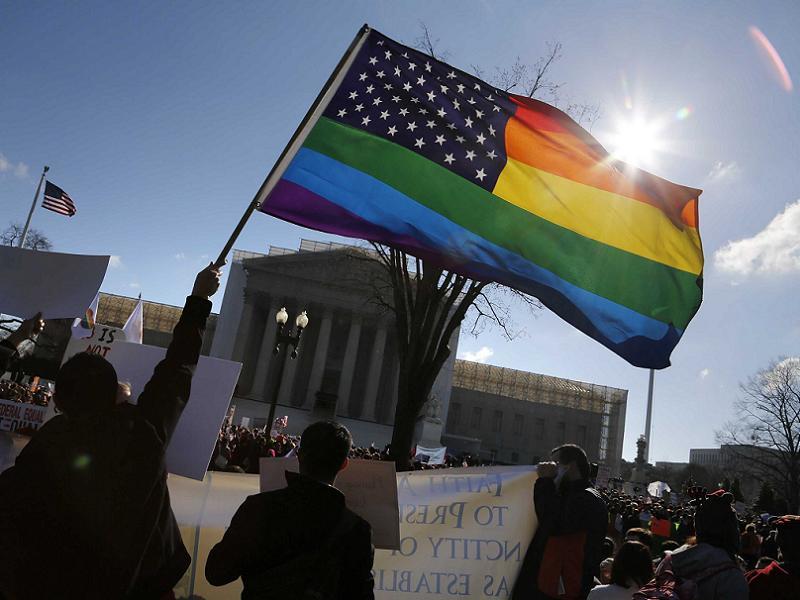 The United States has recently taken a critical step on the road to full marriage equality by removing legal barriers to same-sex marriage. The government body responsible for the shift, the Supreme Court, was also responsible for striking down anti-sodomy laws a decade earlier.

Interestingly enough, many of the pro-marriage opinions written by federal judges prior to 2015 directly quoted Justice Scalia's dissent in Lawrence v. Texas, in which the conservative justice lamented that decriminalizing gay sex removed the legal justification for prohibiting same-sex marriage.Business Insider 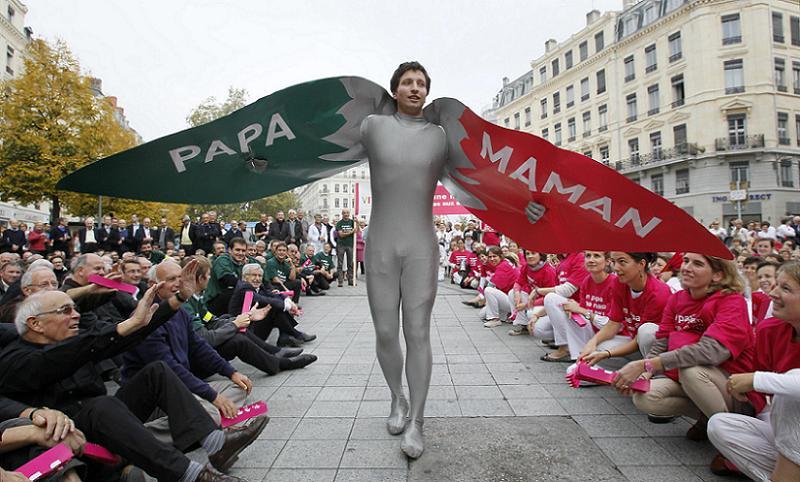 France imposes no legal barriers to its gay citizens working, adopting, or marrying. For those who want some benefits of marriage without actually committing to the whole marriage thing, couples can form "civil solidarity pacts." With a name like that, it's almost a shame the whole country legalized same-sex marriage in 2013. By the way, this is a picture of an ANTI-gay marriage demonstration. We understand if you didn't catch that.NOMblog: The Official Blog of the National Organization for Marriage 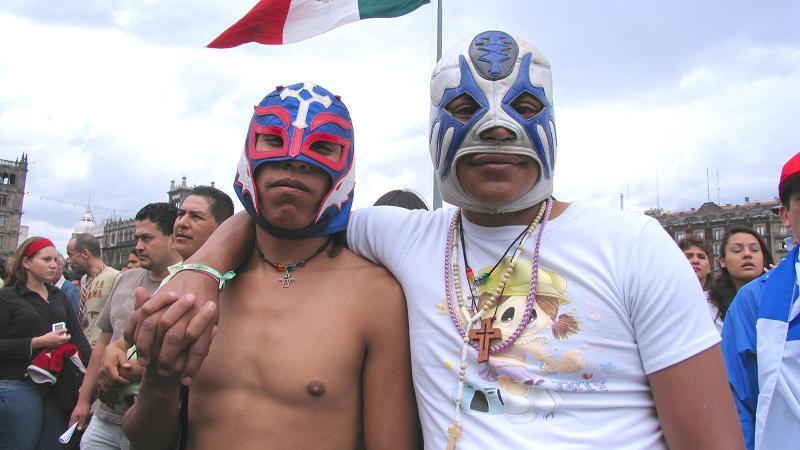 As far as some countries have come regarding gay rights, progress remains slow in a lot of places. The United States only legalized gay marriage nationally in the Court's 2015 session, around the same time Irish voters did the same by popular vote.

Other countries, such as Mexico, create a patchwork of jurisdictions in which all states recognize same-sex marriage, but not all issue licenses for it. Mexican citizens are thus in the same situation American citizens were before the ruling, with some couples being married in one state, then technically “single” in the next, then married again a few miles farther down the road. Fusion 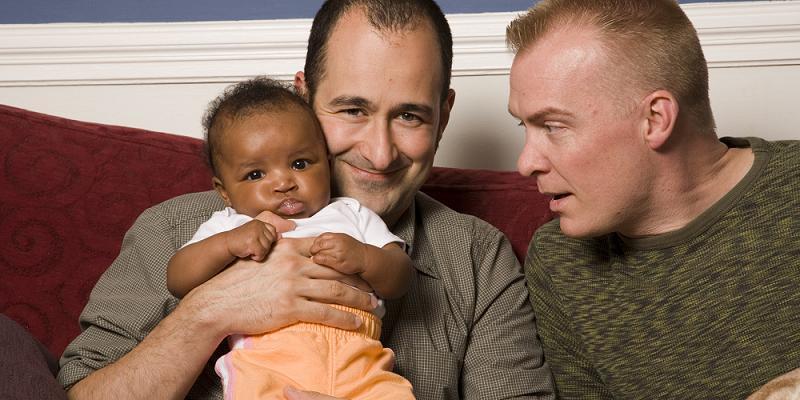 In Germany, gay marriage is still not legal in the same way as opposite-sex marriages. Instead, Germany, which outlaws any form of discrimination on the basis of sexual orientation, still issues civil union licenses to gay couples.

Homosexuality is legal in Germany, as it has been since 1968 in the East and 1969 in the West, but the country lags on a federal level for some matters, such as joint adoption.The Huffington Post 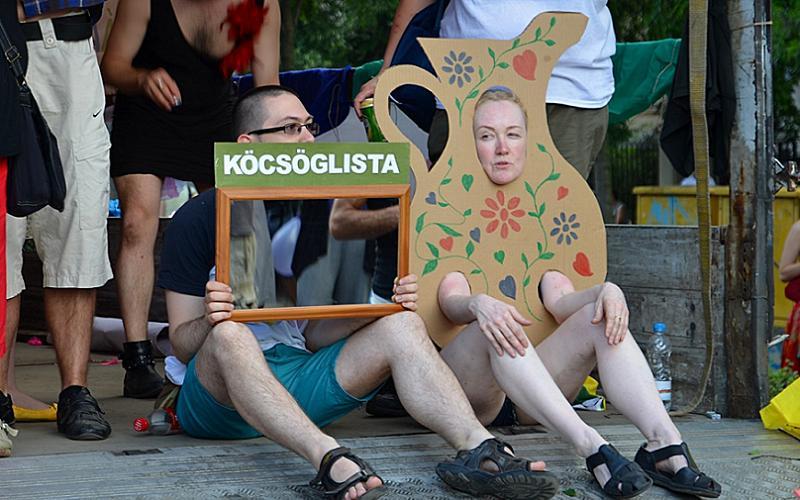 Elsewhere in Europe, laws regarding homosexuality are as complicated as they are confusing. In Hungary, it is illegal to discriminate against gay people for any reason, yet same-sex marriage was specifically banned by a 2012 constitutional amendment.

Homosexual relations have been legal since 1962, and the country has a super-chill attitude toward transgendered people – allowing a change of identity papers without medical intervention, for example – but the strongly religious culture is not especially tolerant, and gay Hungarians still face day-to-day discrimination. Andrei Stavilă's Photography 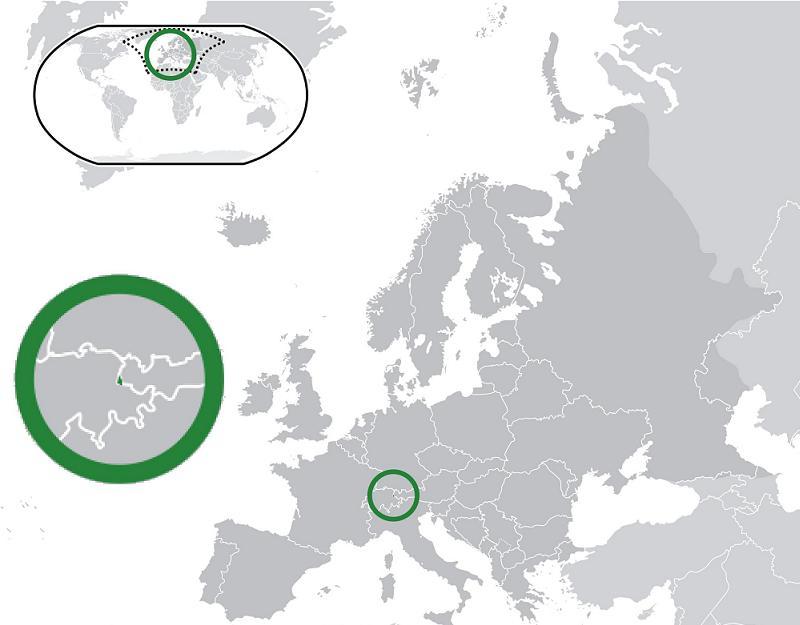 Some real oddballs exist in the legal gray zone between full acceptance and massive repression of homosexuality. Liechtenstein, for example, conforms to the Western European standard by legally recognizing same-sex relationships, but not marriage.

The country allows for gay adoptions, but often finds an excuse to block the process. Likewise, gender reassignment surgery is not legal in Liechtenstein.Wikipedia, the free encyclopedia 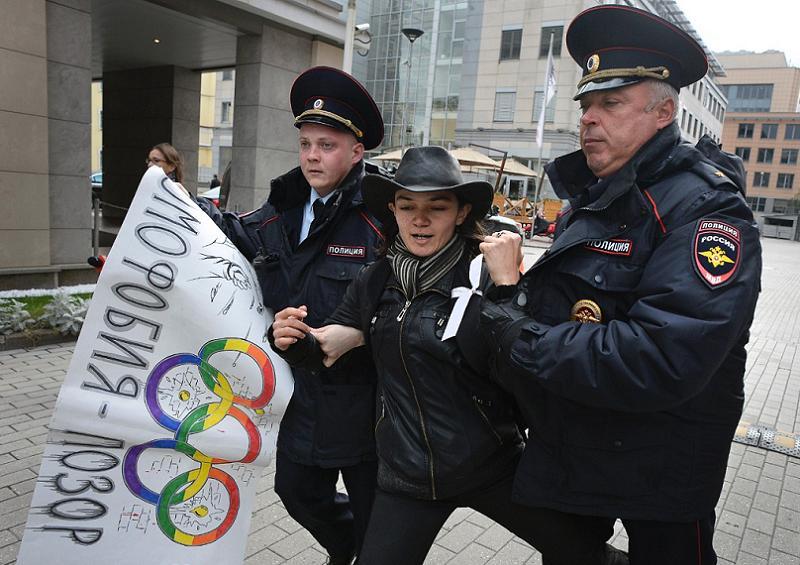 Russia imposes a bizarre requirement that transgendered people undergo sterilization during their transition, which seems like the kind of thing you don't have to tell a person who's paying to have his testicles removed.

Also, frequent beatings and counter-demonstrations are part of the landscape for gay Russians. One Russian skinhead, who has since left the country, posts videos of himself beating and humiliating gay men he's lured to his apartment. Over 190,000 people follow his videos on VK.net.Slate Magazine 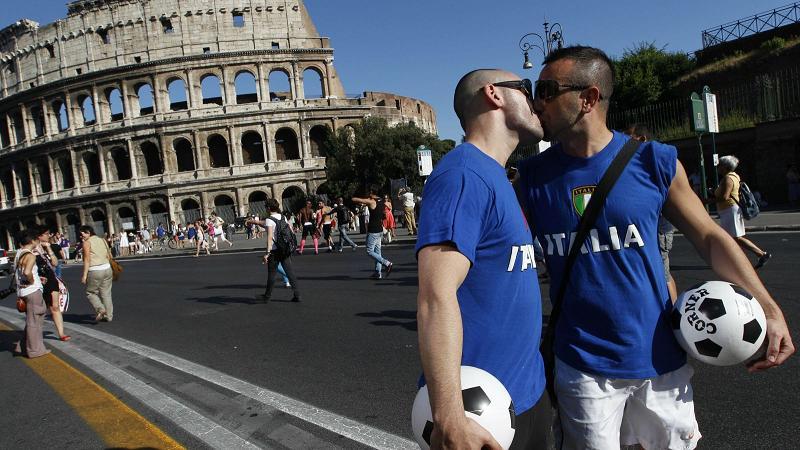 In Italy, same-sex relations have been legal since the 1890s, but you can't actually do anything except have sex without the police hassling you.

Marriage, civil unions, adoption, and military service are all restricted to boys who like girls and girls who like boys. Girls who would like to be boys, and vice-versa, have been legally allowed to make the switch since 1982.Quartz 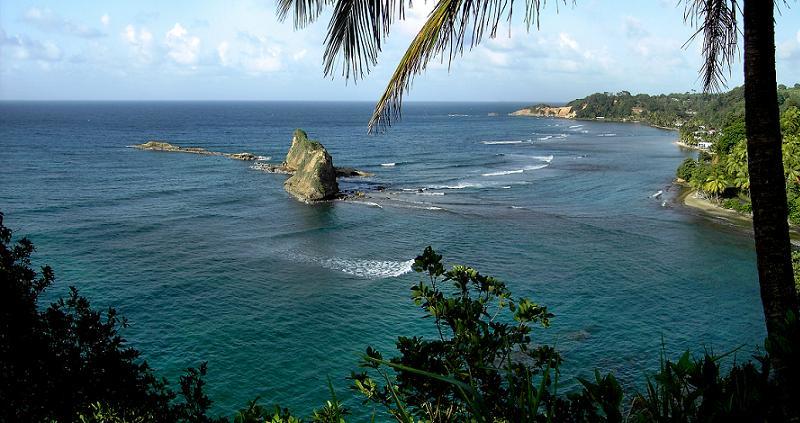 Something like 72 countries around the world impose some kind of legal sanction for homosexual activity. These countries are also heavily religious and under travel advisories for pickpockets at the airport.

Case in point: Dominica, where homosexuality is punished by up to 10 years in prison and/or involuntary commitment to a mental hospital. Wikipedia, the free encyclopedia 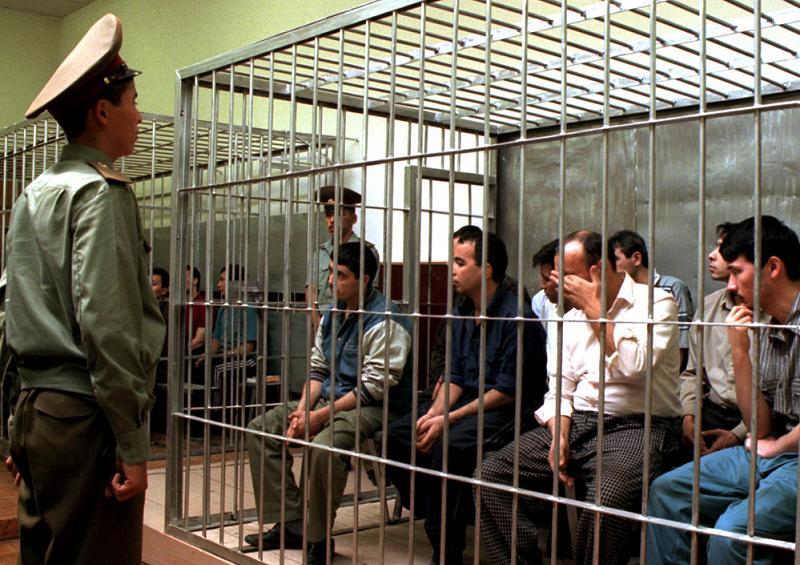 Former Soviet states are a mixed bag for gay rights. A lot of them repealed Soviet laws against sodomy on independence in 1991, but have been rolling it back lately. Kazakhstan technically lets gays be gay – in private, away from any legal recognition of their rights – but two other former Soviet republics, Turkmenistan and Uzbekistan, have multi-year prison terms for gay men – and notably not gay women, who evidently do not exist. Asia News 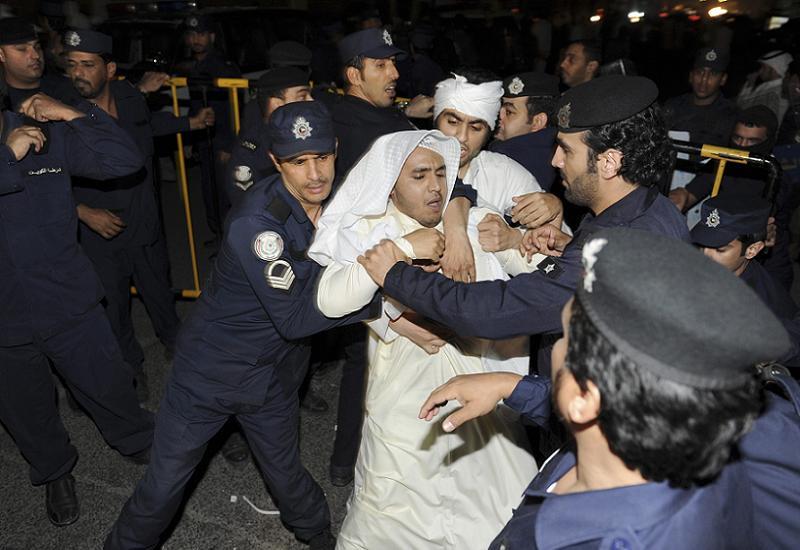 As with Turkmenistan and Uzbekistan, Kuwait seems to deny the existence of lesbians, as only homosexual men are subject to huge fines and six years in prison if they get caught.السياسي::الحقيقة بين يديك 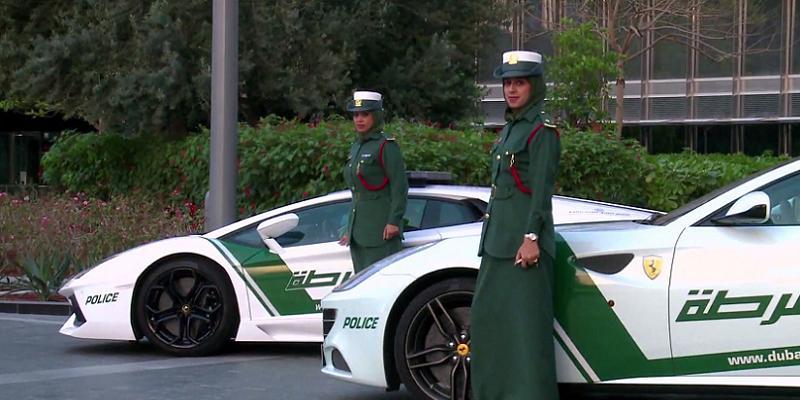 Dubai, long hailed as the hope of modernization in the otherwise bleak Arabian Desert, slaps you with 14 years in the stripey pit if you're caught doing the gay. Abu Dhabi is a bit more tolerant; they can give out up to 10 years for sodomy, followed by deportation under the federal law of the Emirates. Motor Authority 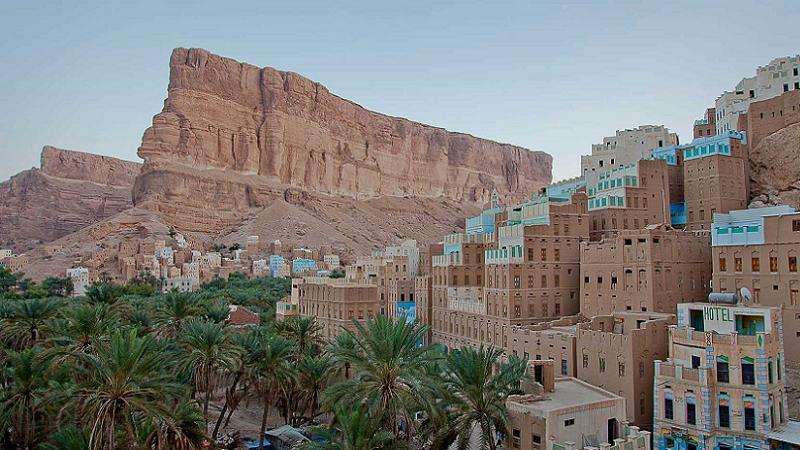 Yemen takes a “nuanced” approach to the problem. Recognizing that there are shades of gray in everything, Yemen punishes single gay men with only 100 lashes for a first offense.

Yemeni women who are convicted of "willful" lesbian behavior are looking at seven years in a women's prison, which would be ironic and funny, except that they're going to prison and it's probably a nightmare. Women who are coerced into sex with another woman are treated somewhat less harshly; they're subject to being given three years for being raped.Let's Travel Somewhere 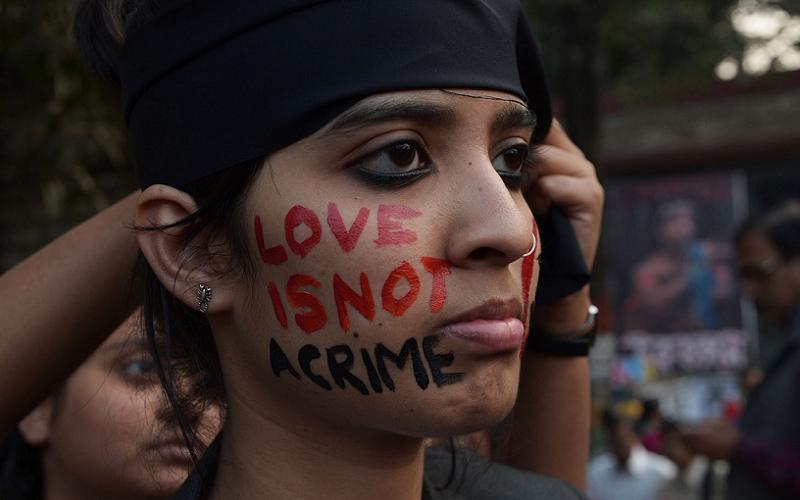 India and Sri Lanka take an odd approach to the perceived need to make gay people's lives hell. Technically, everything gay people do is illegal in India and can earn you up to 10 years in prison. No marriage, civil unions, military service, or legal protections are to be found anywhere in the law. In practice, however, these laws aren't enforced.Al Jazeera 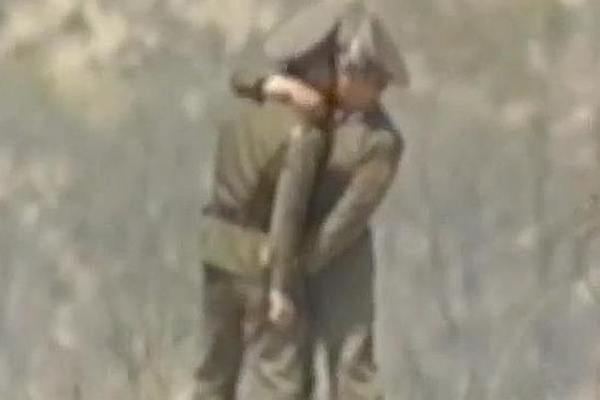 North Korea officially has no laws against homosexuality.

To quote from their official website: "The DPRK practically guarantees the people genuine political freedom and rights according to the fundamental requirement of the Juche idea for enhancing man's independence and creativity in every way."

In practice, the country arrests people for having illegal haircuts, and being related to a "traitor" can get you sent to a labor camp, so there's no telling what's going on. Until the situation becomes clear, we advise against making a pass at your government monitor during a visit to Best Korea.Periódico Zócalo 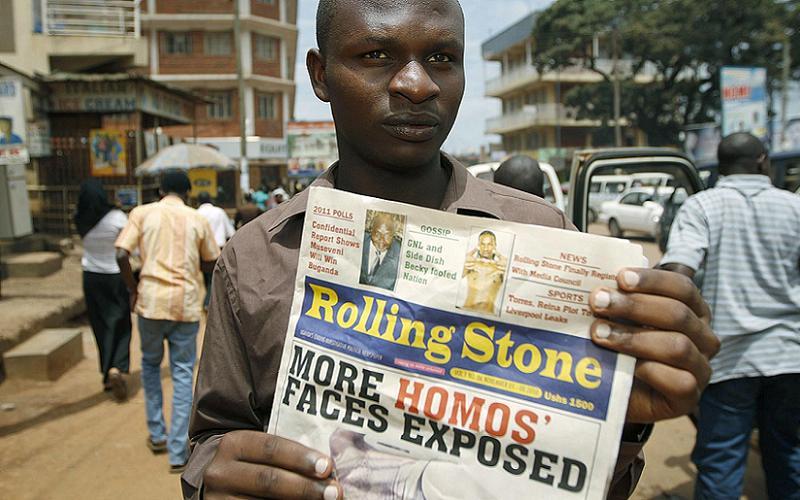 Sudan imposes death after the third offense for men, and after the fourth offense for women. Mauritania condemns men and women both to death, but has graciously refrained from public executions since 1987. Uganda combines official repression with popular persecution. Much of this is driven by hate-preaching American missionaries who've been run out of town in America, only to find fertile soil in some of the most dysfunctional countries in the world.Al Jazeera 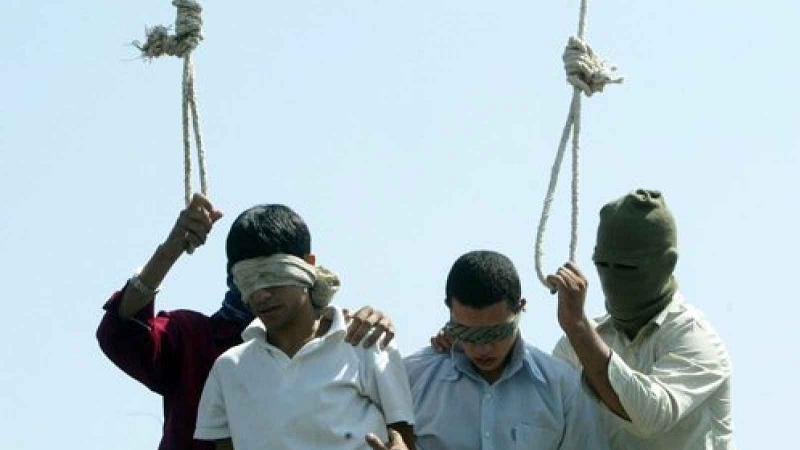 Iran goes hog-wild with its interpretation of the Islamic punishment for unrepentant homosexuality. Gay teenagers get 74 lashes – because 75 or 73 would be crazy, obviously – and adult men get death. Lesbians, whose existence remains unconfirmed, get 50 lashes for the first three strikes, then death by hanging.Frontpage Mag 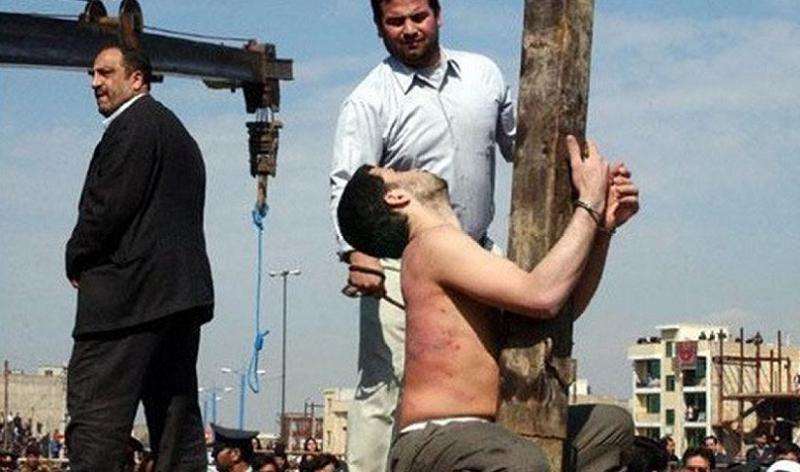 In Saudi Arabia, homosexuals (who aren't well-connected enough to be above the law) face a first-offense punishment that ranges from a few months in prison to years in solitary confinement, plus fines in the six figures, and a public whipping that damn near reaches the six-figure mark itself.

Taking a hard line, the virtuous men of the Saudi Arabian legal system impose death on the second offense. Being gay and Jewish isn't punished in Saudi Arabia, mainly because Jews aren't allowed in the first place.Gay Star News