The study looked at 1,241 venues in 78 countries on all continents. Seventy-five percent broke basic mistreatment rules. 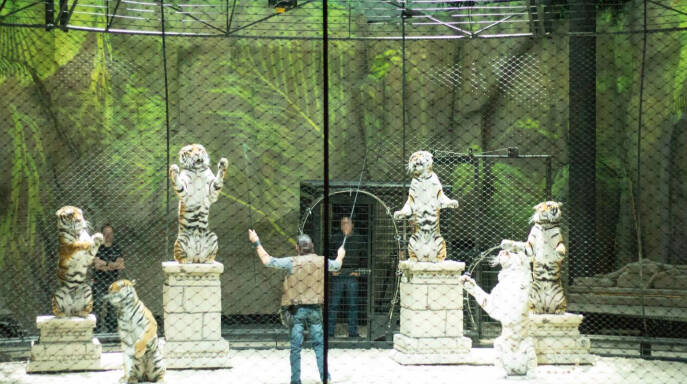 World Animal ProtectionZoo D’Amneville in France offers customers shows such as these, where once free-roaming tigersare made to mimic their trainer for an audience.

A new investigative survey by the nonprofit group World Animal Protection (WAP) uncovered some disturbing realities of animal mistreatment in a wide swath of the 1,241 venues belonging to the World Association of Zoos and Aquariums (WAZA).

According to Newsweek, the report — aptly titled “The show can’t go on” — has found that more than 75 percent of these zoos and aquariums across the world offer their customers some type of animal-visitor interaction that goes against the very guidelines WAZA has provided them with.

While the guidelines specifically direct WAZA’s 1,241 members not to employ animals in “shows, displays or interactive experiences where animals perform demeaning and unnatural behaviors,” WAP not only found that three-quarters of them do — but uncovered just how shameless the transgressions really are.

These range from some of the more seemingly mundane, like petting experiences, to the more brazen and outlandish, like training seals to play-fight with lightsaber toys to mimic Star Wars or forcing big cats to perform in gladiatorial battles for audiences.

These are sadly only a few examples of the disregard these businesses have shown their main attractions. 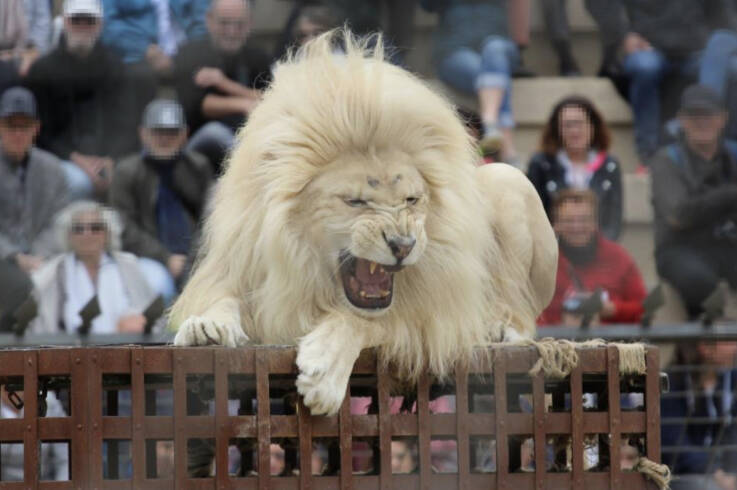 World Animal ProtectionLions are made to perform in gladiator-style battles, something wholly unnatural to these captive creatures.

The study’s methodology was extremely simple. WAP essentially scoured the websites of all 1,241 WAZA-linked venues across 78 countries and combed through the descriptions of what the zoos or aquariums offer their customers. Any transgressive experiences were easily pinpointed.

For WAP’s U.S. Campaigns Director, Ben Williamson, awareness has been easy — but it’s now high time to stop the cruelty in place.

“Wild animals suffer every day in the name of entertainment,” said Williamson. “Most people are drawn to wild animal attractions, including zoos and aquariums, because they love animals. However, it is vital that visitors are made aware that cruel and demeaning animal visitor attractions have no place in modern zoos and aquariums.”

The study — which looked at WAZA members in 78 countries in Africa, Asia, Europe, North America, Oceania, and South America — couldn’t clarify in detail just how harmful these experiences were on the wild animals.

What was possible, though, was narrowing the extensive list down to 12 venues which researchers intend to investigate in person.

World Animal ProtectionThe Ocean Discovery show at SeaWorld has dolphins beach themselves for the approval of their trainers and audiences. This is potentially highly detrimental to their health.

“The added pressure from a commercial perspective likely means that the animals will be pushed to perform even when they are not willing. Considering some venues expect animals to perform several times a day, every day, performing can become a considerable source of stress for them and this can cause injuries, illness, and death.”

Germany’s Circus Roncalli made an impressive effort earlier this year to replace the appeal of seeing real animals perform with 3D holograms, instead.

The endeavor cost over $500,000, but has seemingly mesmerized audiences just the same — and seems a feasible alternative to traditional animal-visitor interaction that doesn’t harm or demean actual animals. Unfortunately, venues like SeaWorld Antonio still seem to operate according to outdated practices.

The report found that the Texas venue hosts several animal performances that are not only demeaning but potentially fairly dangerous to the animals’ health. The report mentioned dolphins forced into “breakdancing” routines where they’re made to walk on their tails to music, for instance. 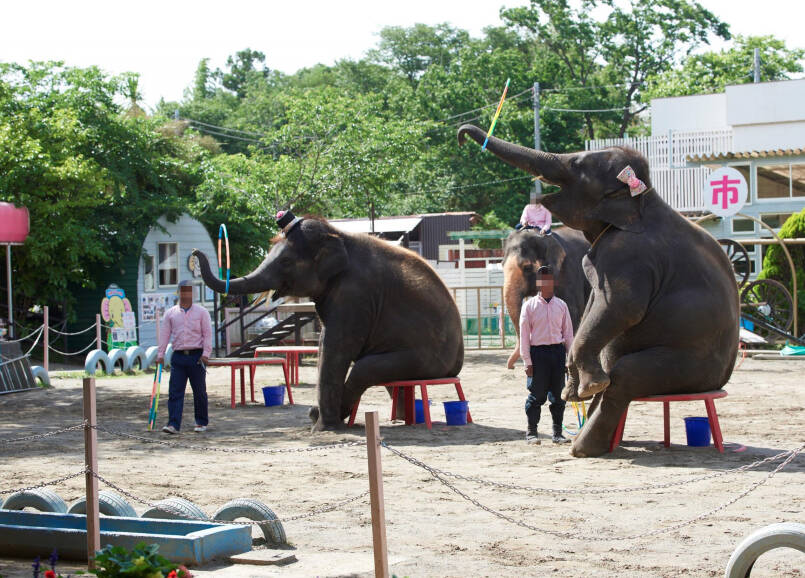 Dolphins were also found to have been trained to beach themselves so photographers can use them as a prop. As dolphins don’t naturally engage in such activities, this can lead to scratch injuries and serious crushing of internal organs due to the land-based pressure.

As most casual observers of animal mistreatment in the U.S. are aware, sea animals like dolphins are often kept in tiny enclosures. That was certainly found to be the case in SeaWorld Antonio, as well.

Meanwhile, the venue also used beluga whales to give people rides and reenact scenes from popular films — while orcas were taught to play catch.

“It is troubling that in 2019 we still have venues such as SeaWorld San Antonio inflicting this level of suffering on wild animals and calling it entertainment,” said WAP Executive Director, Alesia Soltanpanah. “Seeing wild animals perform in shows as photo props is unnatural and leads to a lifetime of suffering.”

“These demeaning attractions simply have no place in any modern leading zoo or aquarium whilst hiding under the label of ‘conservation.’ It is not ‘conservation’ to put animals in small tanks and force them to perform every day. That is called ‘cruelty.'” 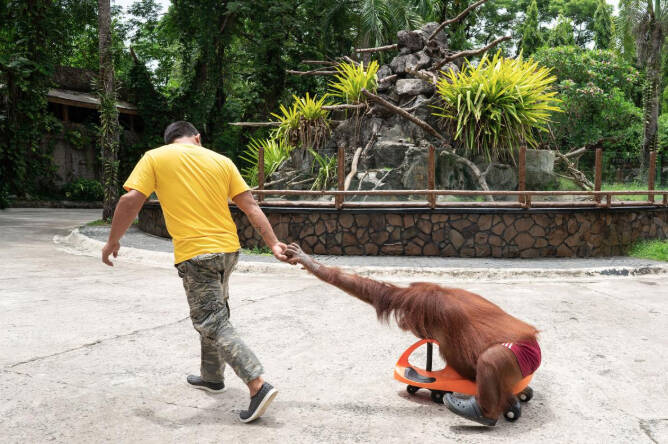 World Animal ProtectionWAP has issued stern admonishment to WAZA for not properly managing its members across the globe.

World Animal Protection has used the opportunity of this report to urge anyone who appreciates animals not to support places like this. Furthermore, it has issued stern directions to the animal welfare organization to properly oversee its members — and confront the cruelties that exist.

“We are asking WAZA to take responsibility for the activities of both its direct members and all other venues to which it is linked,” said Williamson. “WAZA is not enforcing its own rules and zoos are falling seriously short of their commitments to animal welfare.”

“We are asking WAZA to review its membership to ensure the highest standards of animal welfare are being met and to remove venues that are not adhering to guidelines.”

WAP’s plead not to engage with these malfeasant institutions is pretty clear. Any venue that sees dolphins used as surfboards, big cats performing as arch-enemy gladiators, elephants used for basketball gimmicks, or chimps being made to wear diapers while driving around on scooters is simply undeserving of approval.

“If [you] are aware of any zoos that participate in any of the activities listed above, then [you] should not go, and spread the word through friends, family, and social media networks,” Williamson said.

After learning about the shocking and widespread animal mistreatment at hundreds of zoos and aquariums around the world, read about scientists discovering what the very first animal on Earth was. Then, take a look at appalling photos of when indigenous people were placed in human zoos.