"No one sees her bony body or her weakened condition, because of her costume. No one sees the tears in her eyes, injured by the bright lights that decorate her mask." 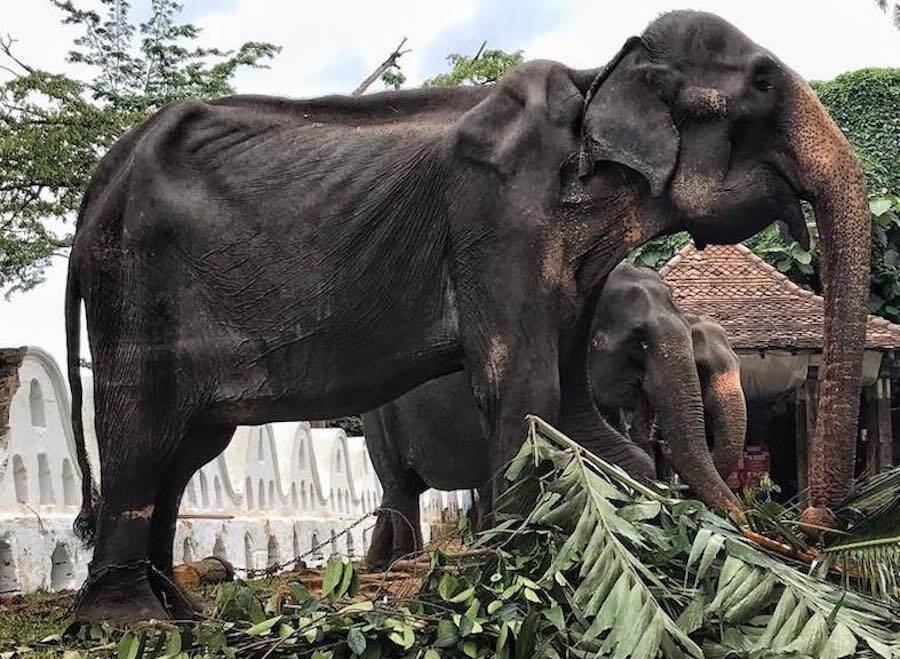 The elderly elephant in Sri Lanka is clearly malnourished shown by her bone-thin figure.

Each year, the streets of Sri Lanka light up with a magnificent spectacle of parading dancers and elephants decked out in elaborate costumes and lighting to celebrate the country’s annual Esala Perahera festival.

But hidden beneath the glamorous ceremony lies a shocking truth: these animals’ horrific maltreatment.

A 70-year-old ailing female elephant named Tikiri has become the latest example of animal cruelty in the name of human entertainment. The elephant’s frame is completely emaciated, her spine and ribcage protruding underneath her thick, sagging skin. Photos of the severely malnourished Tikiri were shared on Facebook by Thailand-based Save Elephant Foundation.

In a recent Facebook post, the foundation described Tikiri’s immense suffering. She is one of 60 elephants forced to walk miles and miles every night during the multi-day festival:

“She walks many kilometers every night so that people will feel blessed during the ceremony. No one sees her bony body or her weakened condition because of her costume. No one sees the tears in her eyes, injured by the bright lights that decorate her mask, no one sees her difficulty to step as her legs are short shackled while she walks.”

The post went on: “How can we call this a blessing, or something holy, if we make other lives to suffer?” 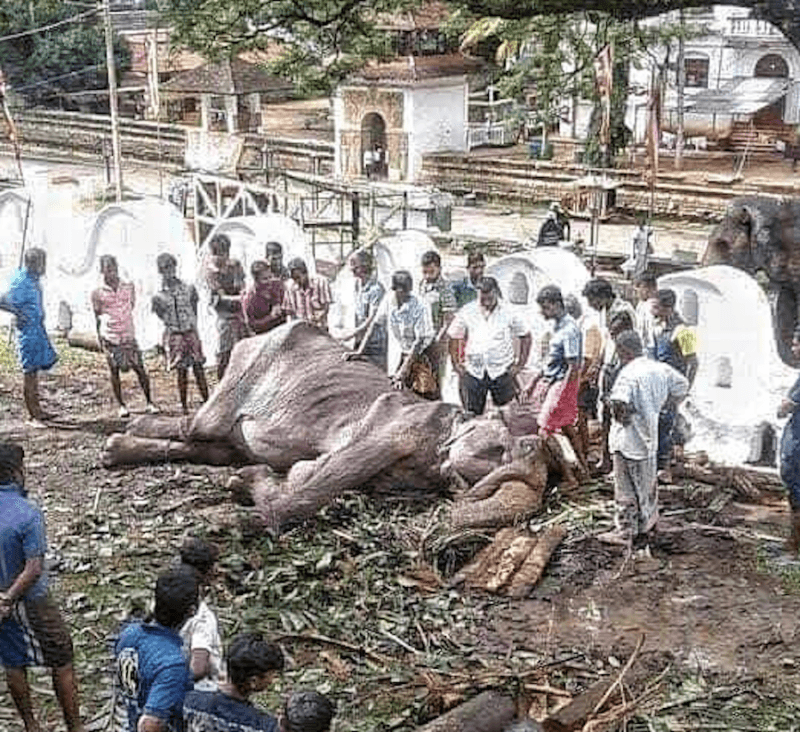 Save Elephant Foundation/FacebookTikiri has become so weak that she can no longer walk, according to an update from the foundation.

Soon after photos of the emaciated Tikiri were posted, they went viral. According to CNN, the organization is urging people to write to Sri Lanka’s prime minister to “end this barbaric torture and abuse.”

“At this stage we are asking people to lobby the Sri Lankan government to take immediate action,” the organization told CNN. A Change.org petition has garnered more than 11,000 signatures.

The campaign and public outcry has worked enough that Tikiri will finally be able to rest. Pradeep Nilanga Dela, the festival’s lead organizer, told news outlets that the elephant would not take part in the grand finale and that she was being “treated.”

But it might be too little too late. An update earlier today from the Save Elephant Foundation said that the malnourished animal is so weak she can barely walk. The post included a different photo of Tikiri, but this time her boney figure lay still on the ground as she is surrounded by onlookers.

“On the day we met her the vet said she is strong and Ok to walk??? Some people are blind in their hearts, and care less to others,” the Save Elephant Foundation wrote. “We can not just let it go silent. Time to stand up and take action to protect the others who still suffer and are waiting for our voice.”

The elephant advocate’s call to action was also echoed by PETA’s Director of Animal Welfare Charity Elisa Allen. Allen stressed that elephants are frequently exploited at tourist destinations and in temples. 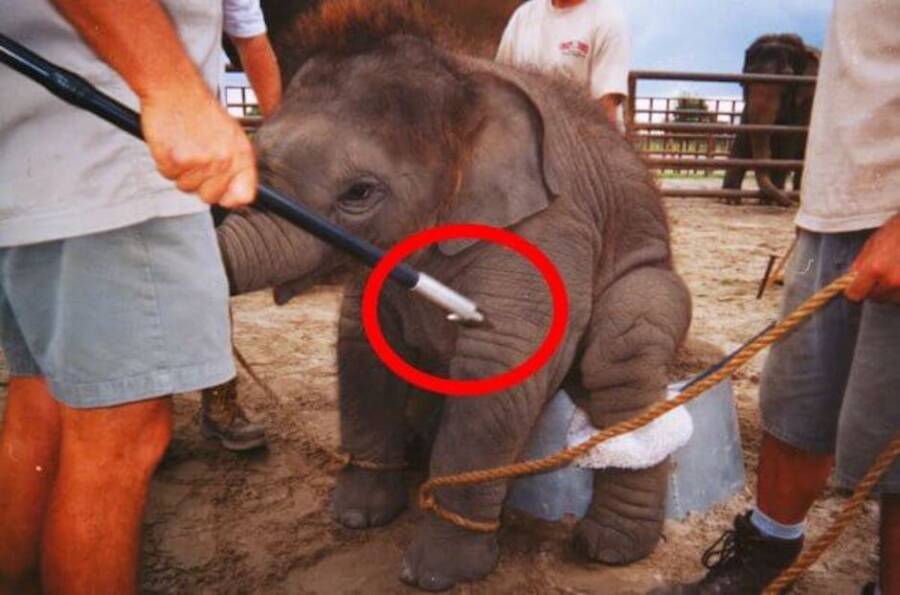 PETAElephants, including babies, are typically “trained” using an abusive tool known as a bullhook or ankus.

“Sri Lankan authorities must stop allowing such atrocious cruelty and send this poor elephant to a reputable sanctuary where she can be assessed by veterinarians and, if treatment is viable, live out her remaining years in peace,” Allen said in a statement.

But elephant abuse for human entertainment is not unique to Southeast Asia.

Many elephants are bought and exported to feed the captive animal entertainment industry around the world. In 2011, a Mother Jones investigation revealed centuries-long elephant abuse carried out under renowned circus acts like Barnum & Bailey and the Ringling Bros.

Among some of the horrendous “training” methods used by these circus companies against the elephants was a tool called a bullhook described as “a malevolent-looking instrument, about three feet long, with a sharp, metal point-and-hook combination at one end.” The sharp hook of the instrument goes into the mouth or top of the ear of the elephant which, when pulled hard enough, can actually pierce through the animal’s thick hide.

Circus elephants are routinely beaten, whipped, starved, and forced to perform while sick. As a result, they often suffer from depression, cracked bones, arthritis, and various skin conditions — all so that they can perform a cute little trick for people’s amusement.

In 2017, amid growing public awareness of the cruelties behind the curtain which led to a steep drop in ticket sales, both circus companies shut down after 147 years.

While animal rights organizations like Save Elephant and PETA continue to campaign to end the suffering and abuse of elephants, there is still much work to be done to protect these majestic creatures.

Next, watch as the Sri Lankan Navy try to save an elephant stranded nine miles out to sea. Then, learn about how one German circus is trying to end animal cruelty by using holograms instead of real elephants.