Scientists Have Discovered What The Very First Animal On Earth Was

Not only have MIT biologists discovered the very first animal on Earth, they've found that it existed 250 million years earlier than previously thought. 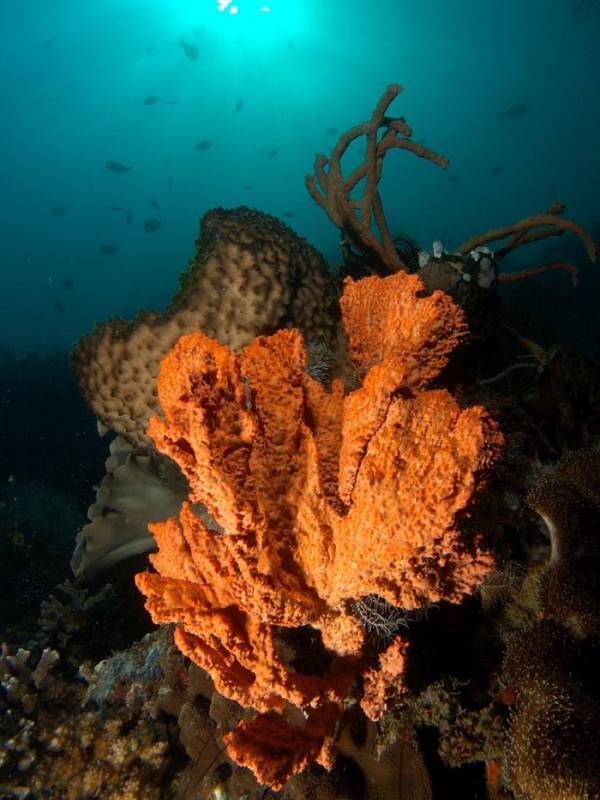 New research shows that the simple sea sponge was the very first animal on Earth.

It’s been confirmed: the first animal to ever evolve on Earth is… the sea sponge. We realize this might be a little disappointing, but wait, there’s more! Real life sea sponges will never be as popular as Sponge Bob, but they are much more interesting than you might first assume.

The news broke in a research paper published on February 22 by MIT biologists. The comb jelly (which, at first glance, is more intriguing) was previously thought to be the first animal on Earth, but the new paper’s authors argue that life went back much, much further.

When the researchers found a biomarker (24-isopropylcholestane, a type of cholesterol) excreted by the sea sponge in rocks from the Cryogenian period, they were able to discern that the sponge was alive a staggering 640 million years ago, 250 million years earlier than previously thought. And, furthermore, the sea sponge still exists today, which is a mighty impressive feat.

So what else is so interesting about them? Well, first off, it’s important to note that they are indeed animals, not plants. In fact, they remain the most primitive animals living on the planet today: They are multi-cellular, but they lack organs, muscles, and nerves.

Despite being such simple creatures, there are more than 5,000 unique sponge species, ranging in size from a single inch to four feet long. No matter their size, sea sponges have the distinction of being the only animals in the world that don’t have any body symmetry at all.

And it turns out that, despite their appearance, they’re the romantic type as well. You might not think it, but they reproduce sexually in an act called “buddying,” in which sperm is released into the ocean by a sponge, and then nearby sponges suck it up, fertilizing an internal egg. Sea sponges really know how to get around.

If all that doesn’t give you a little more respect for the humble sea sponge, just keep in mind that the whole of evolution, including the fact that every one of us is here and alive today, might look a whole lot different without them.

For more of the fascinating creatures that fill our oceans, check out the most bizarre ocean creatures in the world, and then browse a gallery of some of nature’s coolest sharks. And be sure to like All That Is Interesting on Facebook!