A Canadian First Nations soldier, Francis Pegahmagabow was the best sniper on either side of World War I. But when he went back home to Canada, he still had no rights. 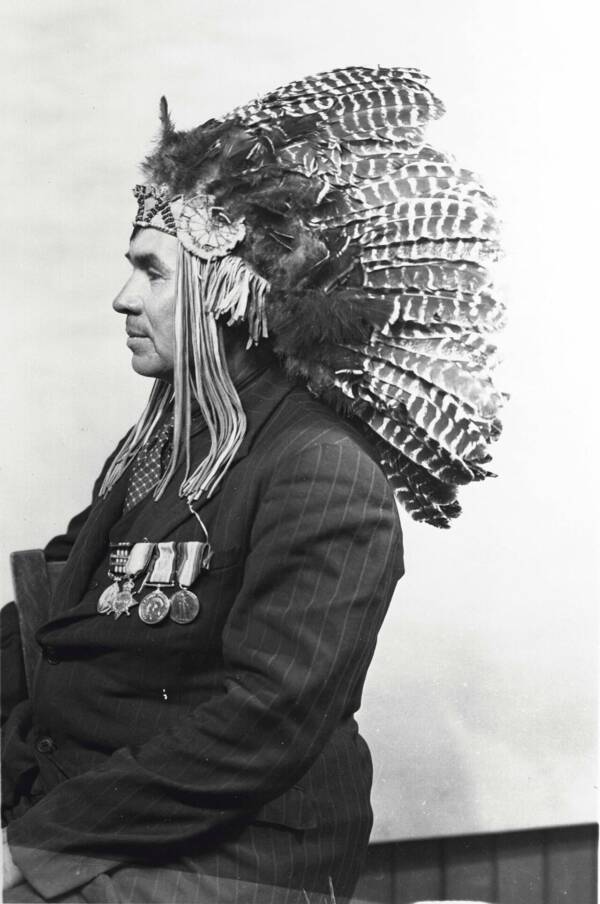 Marius Barbeau/Canadian Museum of HistoryFrancis Pegahmagabow was made Supreme Chief of the Native Independent Government in 1943.

Francis Pegahmagabow crawled through the trenches of France, survived a chlorine gas attack, and kept fighting after a bullet tore through his leg.

Raised by an Ojibwa elder after his father died and his mother fled the reserve, Pegahmagabow learned to hunt as a boy. Those skills made him an exceptional scout and sniper in World War I.

In fact, Pegahmagabow made 378 confirmed kills during the war, making him the deadliest sniper on either side of the conflict. But when the war hero returned home to Canada, he was treated like a second-class citizen — because of his indigenous heritage.

Canada’s Indian Act, introduced in 1867, banned First Nations peoples from practicing their culture. The law pushed for assimilation and placed white Indian Agents in charge of every tribe. And when men like Francis Pegahmagabow fought back, the government refused to listen.

In spite of his war wounds, Pegahmagabow devoted his life to fighting for indigenous rights. 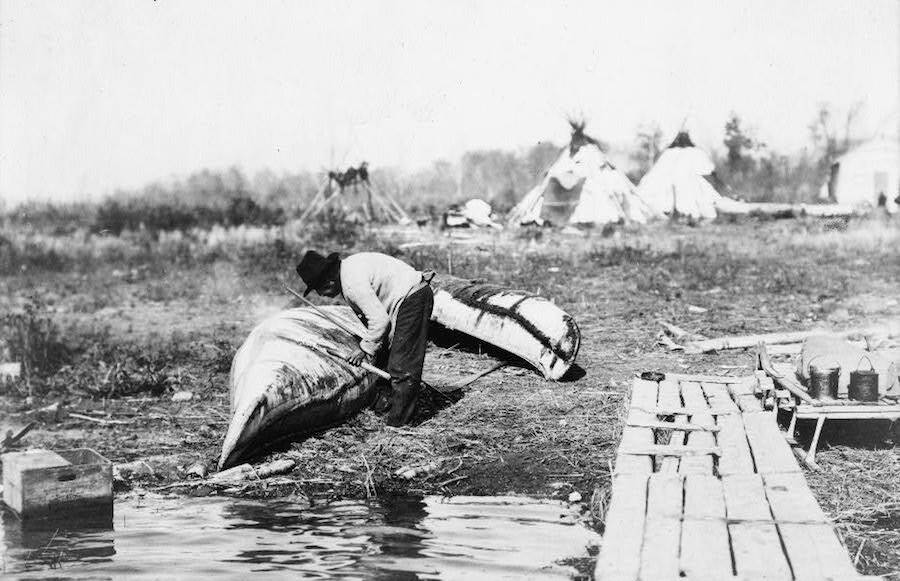 Library of CongressA 1913 photograph of an Ojibwa camp.

Born in 1891 near the shores of Lake Huron on the Parry Island Indian Reserve, Francis Pegahmagabow was the son of a chief. But tragedy struck his family early. When Francis was only three years old, his father died, and his mother left the reserve without him.

An Ojibwa elder stepped in to raise the boy. Francis learned to track, hunt, and fish. He studied traditional medicine and attended school on the reserve.

But at 12 years old, Pegahmagabow dropped out to take a job in the booming lumber industry. Francis also found work as a fisherman and eventually became a fireman.

In 1914, Francis visited an Ojibwa camp on Lake Superior. “An old Indian recognized me,” Pegahmagabow told anthropologist Diamond Jenness in 1935, “and gave me a tiny medicine bag to protect me, saying that I would shortly go into great danger.”

That same year, World War I broke out. And in spite of the Canadian government’s active discouragement against Indigenous people enlisting, Francis Pegahmagabow volunteered for the Canadian Expeditionary Force. he went on to become one of the most decorated indigenous soldiers in history.

The Deadly Canadian Sniper Of World War I 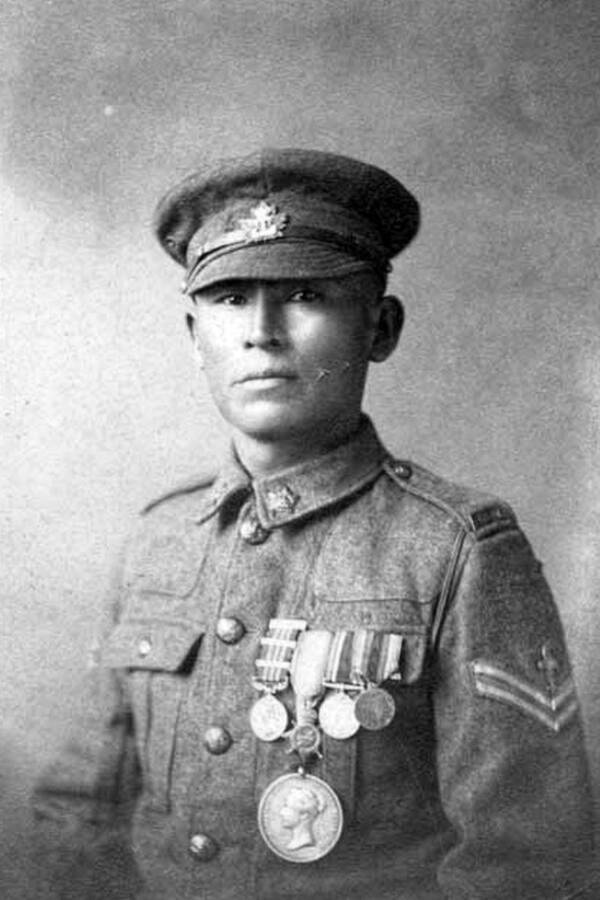 Canadian Government/Public DomainFrancis Pegahmagabow in uniform shortly after the end of World War I.

Francis Pegahmagabow carried his medicine bag off to war. “The bag was of skin, tightly bound with a leather thong,” he recalled. “I wore it in the trenches, but lost it when I was wounded and taken to a hospital.”

A skilled hunter, Pegahmagabow became a sniper during the war. At night, he would sneak into the deadly No Man’s Land between the trenches. The soldier would lie in wait and target the Germans. Francis Pegahmagabow became the deadliest sniper in the war, racking up 378 confirmed kills.

He also worked as a scout, dodging artillery fire to carry messages to the front lines.

Fighting on the front lines was dangerous. During the Second Battle of Ypres, Pegahmagabow breathed in chlorine gas during an attack that killed thousands, permanently damaging his lungs.

During the Battle of the Somme, Pegahmagabow was shot in the leg. He returned to duty quickly. A note in his medical chart reported, “Had bleeding from ears + more at that time but was sent back into line the following day.” 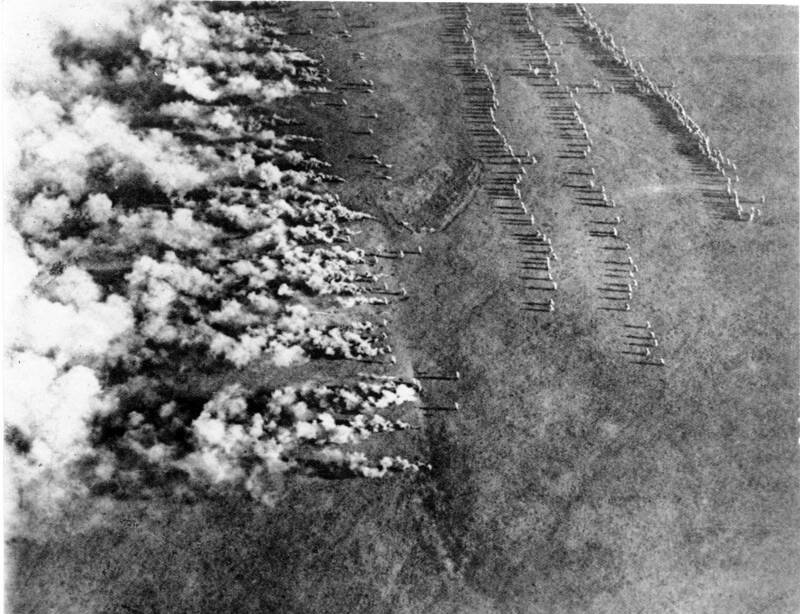 Hospitalized with pneumonia in 1917, Pegahmagabow reported that he continued to spit up blood after the gas attack. By 1919, Pegahmagabow suffered from headaches, a cough, and depression.

“Man states was buried three times and blown up once. Was wounded four times, but only once received treatment. Never noticed any nervous effects from shocks beyond a few hours paralysis, June 13-16 after shell explodes in his vicinity,” read one medical report.

“Is very desirous of returning to his own people,” another report concluded.

The military discharged Pegahmagabow in 1919. The veteran went home with the Military Medal, the British War Medal, and the Victory Medal — making him the most decorated First Nations soldier in Canada’s history. 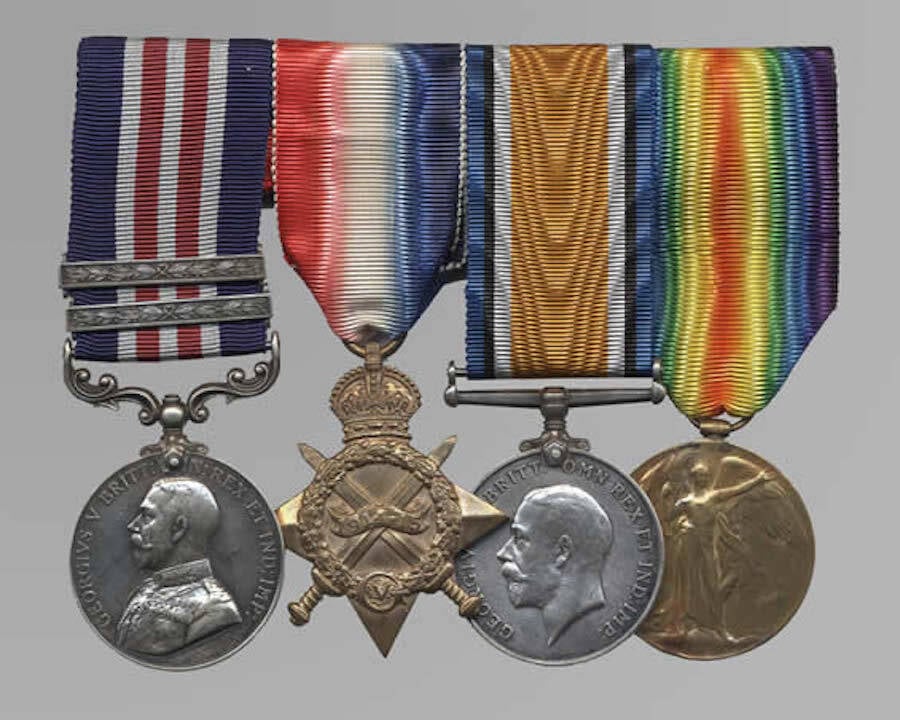 Francis Pegahmagabow returned to Canada as a hero, but he had no control over his life.

Members of Pegahmagabow’s Ojibwa tribe and other First Nations peoples were considered “wards of the state” in the early 20th century. Although he risked his life for his country, Pegahmagabow was not a Canadian citizen.

As with other indigenous people, the state-appointed an Indian Agent to govern Pegahmagabow’s life. He could not leave the reserve without the Indian Agent’s permission — or even receive his military pension.

Pegahmagabow devoted the rest of his life to fighting for indigenous rights. In 1921, the Parry Island Band made him their chief. Pegahmagabow clashed with John Daly, an Indian Agent who pushed for assimilation and took a paternalistic approach.

When a letter-writing campaign failed to convince the Canadian government to give First Nations people autonomy, Pegahmagabow refused to back down. 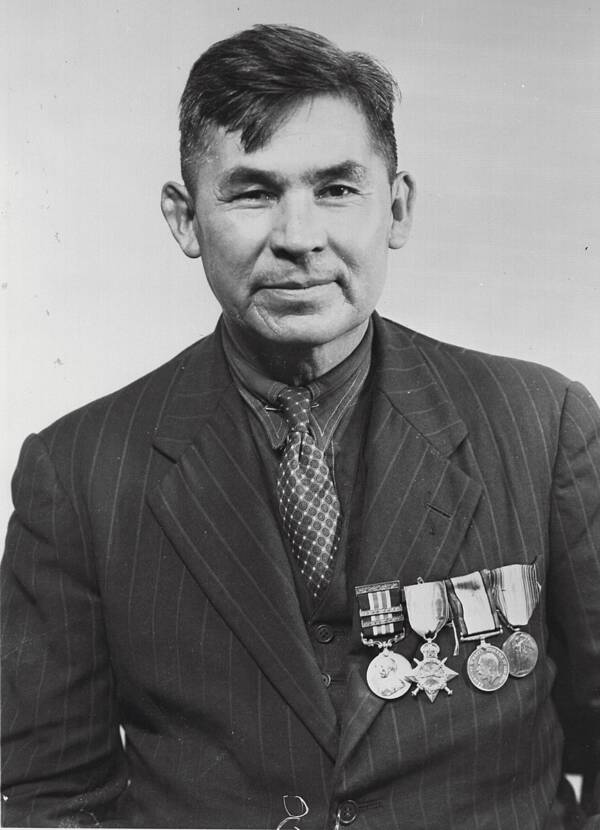 Marius Barbeau/Canadian ArmyFrancis Pegahmagabow wore his medals to the 1945 conference that formed the National Indian Government.

In the wake of a second devastating world war, Canada modified the Indian Act that governed life for First Nations peoples. In 1951, an amendment overturned the ban on native customs. The changes decreased the power of Indian Agents and gave native people the right to organize.

The change was a small victory in a larger battle for indigenous rights.

Pegahmagabow’s war wounds continued to plague him. The chlorine gas attack in 1915 left the veteran weak. In his older years, Pegahmagabow had to sleep upright or else his lungs would fill with fluid. In 1952, Pegahmagabow died from a heart attack.

A soldier who fought for civil rights, Pegahmagabow devoted his life to serving his country and his people. In 2020, Francis Pegahmagabow was named as a finalist for appearing on Canada’s $5 bill.

After reading about Francis Pegahmagabow, the most successful sniper of World War I, learn more about the unmarked graves discovered at one of those schools. Then, read about the treatment of Black World War I veterans when they returned to the segregated U.S.