An African Ant Supercolony Is About To Invade Human Civilization

Researchers found the largest supercolony ever observed among an ant species in its native habitat, spanning more than 24 miles in length. 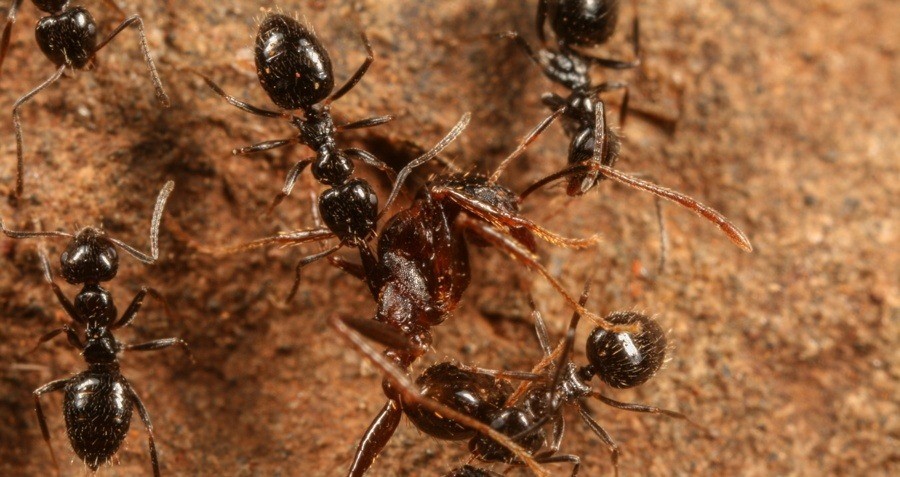 Tired of their life among the trees, an African ant supercolony has begun expanding its borders — and humanity had better watch out.

The ant species in question, Lepisiota canescens, originates in the preserved forests surrounding Orthodox Christian churches in Ethiopia but could soon spread around the world and become a global pest.

Researchers say that the species’ ability to form supercolonies that combine many nests allows the ants to spread across large territories and thus become an invasive species.

The researchers, who hail from various American and Ethiopian institutions, published their findings this past Monday in the scientific journal, Insectes Sociaux, after studying the problem right at its source for months.

“The species we found in Ethiopia may have a high potential of becoming a globally invasive species,” the study’s lead author, D. Magdalena Sorger, a postdoctoral researcher at the North Carolina Museum of Natural Sciences, said in a news release.

“Invasive species often travel with humans, so as tourism and global commerce to this region of Ethiopia continues to increase, so will the likelihood that the ants could hitch a ride, possibly in plant material or even in the luggage of tourists. All it takes is one pregnant queen. That’s how fire ants started!”

For now, these giant ants currently live in the some of the last natural forests in Ethiopia, which are atypically rich in biodiversity for an otherwise barren area. This is because Ethiopian Christians surround their churches with woodland, preserving some of the forests for more than a thousand years.

It’s here that researchers found the largest supercolony ever observed among an ant species still in its native habitat, spanning more than 24 miles in length.

Worst yet is what will happen when these Lepisiota canescens ants migrate into an area where they lack any predators. A similar ant species in the same genus has already invaded South Africa’s Kruger National Park, and after Australian port officials found those ants among cargo, Australia’s Darwin Port had to be temporarily shut down.

Indeed, supercolony ants are no joke. For example, the rise of the Argentine ant, which was able to create a California supercolony spanning more than 500 miles in length after wiping out a native ant species, has led to a massive number of deaths in predators that depended on those native ants as a food source, such as the coastal horned lizard.

Still, Sorger hopes that the recent research could prove beneficial if Lepisiota canescens does becomes invasive, saying “Rarely do we know anything about the biology of a species BEFORE it becomes invasive.”

Next, check out the dragon ants whose official names were taken from Game of Thrones, before reading five disarming spider facts that prove how much we need them.