Those working for the Ahnenerbe project set out to prove that the Aryan race was descended from Nordic gods by spending millions of dollars on finding irrefutable, archaeological proof. 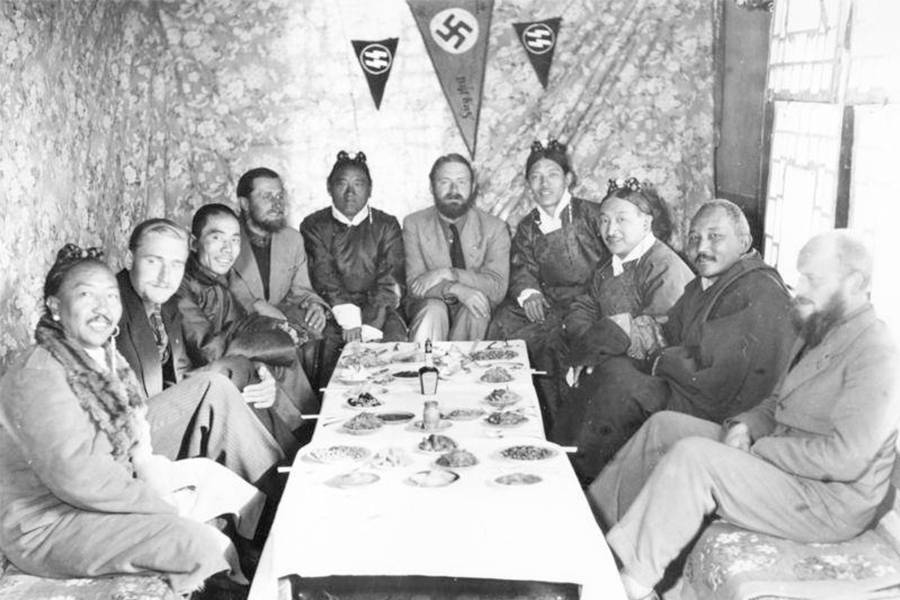 Indiana Jones’ race to find the Ark of the Covenant and the Holy Grail before the Nazis may be the realm of fiction, but in reality, there was a Nazi organization tasked with finding relics. However, this organization, called Ahnenerbe, went far beyond just finding religious artifacts.

They had the stranger purpose of finding “evidence” that linked German ancestry to the Aryan master race, who were believed to have come from long-lost advanced civilizations. Ahnenerbe research included everything from archaeological expeditions, to witchcraft, to psychic research, and macabre human experiments.

The Ahnenerbe, which translates as “ancestral heritage,” was founded in 1935 by Heinrich Himmler, and Hermann Wirth (Dutch historian obsessed with Atlantis) and Richard Walter Darre (creator of the “Blood and Soil” theory and Head of the Race and Settlement Office). By 1940, Himmler had incorporated the Ahnenerbe into the Schutzstaffel (SS), an elite paramilitary organization founded by Hitler.

Himmler, the head of the SS, was a voracious proponent of occult research, who saw himself as a reincarnation of medieval King Henry the Fowler. Some sources claim he developed the SS into an order of knights, a perverted form of the Knights of the Round Table, that used Wewelsburg castle in Westphalia as the new Camelot and the center of a new pagan religion.

To give this new religion and Aryan ancestry credence, the Ahnenerbe became key in establishing a new interpretation of the past. The basis of their research stemmed from the theories of German occultists. The most popular was the World Ice Theory, which proposed that numerous moons made of ice had at one stage orbited the Earth. One by one they crashed into the Earth causing separate cataclysmic events, one of which caused the destruction of Atlantis.

According to various occultists God-like beings called Aryans, described as a “Nordic” race, escaped Atlantis and spread across the Earth. German occultists believed the German people were the purest representatives of this master race, which Himmler would use as an excuse for Nazis to exterminate and rule over “lower races.”

As such only Aryan peoples were capable of civilization and Himmler manipulated scientific research through the Ahnenerbe to prop up this pseudoscientific claptrap.

Initially, studies were confined to ancient texts, rock art, runes and folk studies. Folk studies were behind one of the early expeditions to find evidence of witchcraft.

In June 1936, as part of his study of witchcraft, Himmler sent a young Finnish nobleman, Yrjo von Gronhagen to Finland. Gronhagen impressed Himmler with his articles on Kalevala folklore and with his “expertise” he scoured the Finnish countryside for evidence. He brought along a musicologist to record pagan chants, and they filmed a witch performing a ritual who informed them she had foretold their arrival. 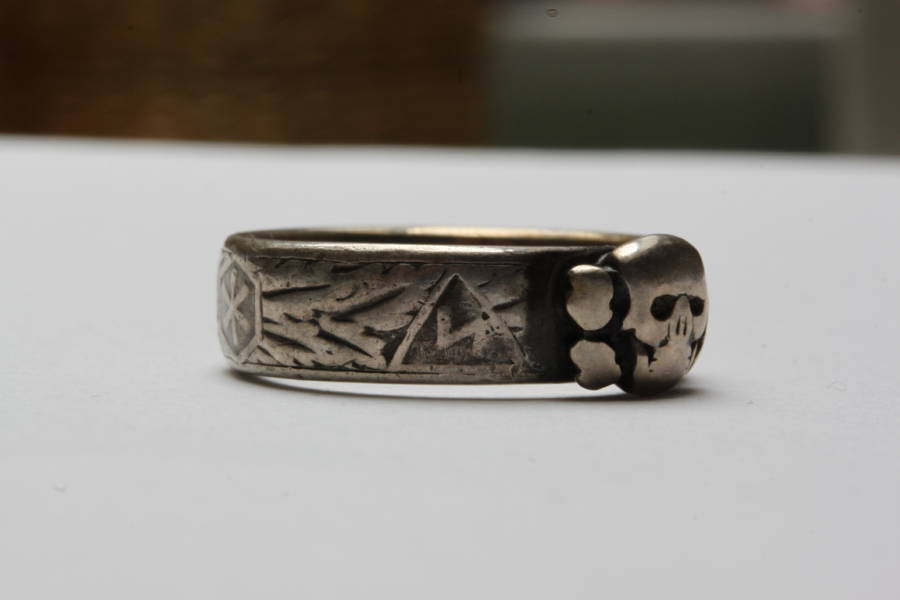 Wikimedia CommonsRunic symbols on an SS ring of honor. Runes appeared on the flags, uniforms and other objects of the Schutzstaffel as emblems of Nazi ideology and occultism.

Himmler, who despised the Judaeo-Christian religion, hoped to obtain pagan incantations and rituals to be used as part of his planned pagan religion. Later he set up the SS Witches Division which investigated the persecution of pagan wise women at the hands of Jews and Catholics.

Even more bizarre research followed, when prominent German archaeologists, anthropologists, musicologists, and linguists were sent on various expeditions throughout Germany, occupied Europe, and further afield to the Middle East, North Africa, South America, and the Himalayas.

Artifacts and ruins were found all over, and if they appeared advanced they were automatically attributed to the supremacy of the Aryans. In the search for evidence of Germanic origins of civilization, Ahnenerbe co-founder Hermann Wirth frantically combed academic literature for signs that the earliest writing system was developed by the Nordics.

He refused to believe that cuneiform and hieroglyphs could possibly predate anything Nordic. In 1935-6, he filmed markings found in Bohuslan, Sweden and stated categorically they were glyphs from the oldest writing system developed by Nordic tribes from 12,000 years ago.

Films made by the Ahnenerbe became a useful way to “educate” the masses in the “correct” history, where all civilizations stemmed from a Nordic Aryan race.

Archaeologists and other so-called Nazi academics spread throughout the globe hunting for the most tenuous clues linking Germanic peoples to Aryan greatness.

Even Adolf Hitler expressed his incredulity.

“Why do we call the whole world’s attention to the fact that we have no past?” he asked. “It’s bad enough that the Romans were erecting great buildings when our forefathers were still living in mud huts, now Himmler is starting to dig up these villages of mud huts and enthusing over every potsherd and stone axe he finds.”

The following year, Altheim and Trautmann received funding to explore central Europe and the Middle East for evidence of an epic power struggle within the Roman Empire between Nordic and Semitic peoples.

Certain countries were seen as epicenters of ancient Aryan activity. Iceland, for one, was so important for its Viking and Nordic history. It was the home of the Medieval texts called the Eddas, in which researchers found passages that sounded to them like descriptions of long-forgotten advanced weaponry and sophisticated medicines. Himmler saw Thor’s hammer as one such weapon with a power that could be harnessed.

“I am convinced that this is not based on natural thunder and lightning, but rather that it is an early, highly developed form of war weapon of our forefathers.”

Expeditions to Iceland followed, with the first conducted by Otto Rahn in 1936. Known for his search for the Holy Grail, which also fell under Ahnenerbe jurisdiction, he reported back glumly to Himmler that the Icelandic people had lost their Viking ways that the Ahnenerbe held so dear. 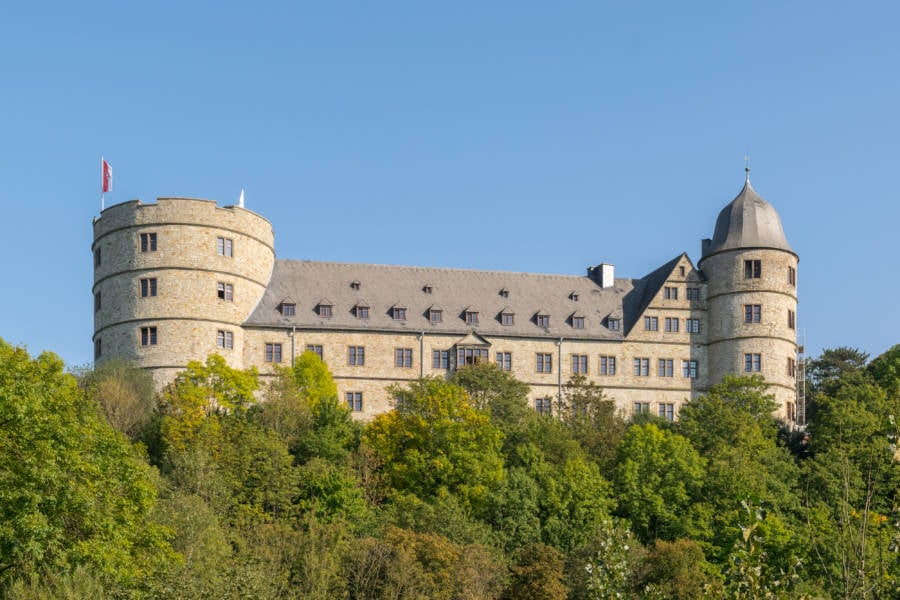 Wikimedia commonsHimmler promoted Wewelsburg castle as the new Camelot for his order of SS “knights.”

Subsequent missions to Iceland, including the search for the legendary Germanic civilization of Thule, were met with laughter from the local population as the pseudoscientists sought for church records that did not exist, could not obtain excavation permits, and in a later attempt, the expedition leaders could not get their hands on enough Icelandic currency to support the mission.

Despite this setback, the true cradle of the Aryan race was said to be in the Himalayas, where it was believed the survivors of the last icy cataclysm took shelter.

In 1938, Ernst Schafer, a young, ambitious zoologist, led the expedition to Tibet, where they gathered details about Tibetan religion, facial measurements of its people, and an attempt by Schafer to track down the Yeti.

Many Nazis believed the Yeti was the “missing link” between apes and humans, but Schafer wanted to prove his theory that it was nothing more than a species of bear. Schafer didn’t find the Yeti but came back to Germany with specimens of other fauna.

Geographically, the SS researchers conducted a geophysical test to try and prove the “World Ice Theory.” Politically, secretly and more practically, Tibet was also explored as a possible base for an invasion of neighboring British-controlled India.

Information from these expeditions was disseminated through academic articles, and for the German layperson, the magazine Germanien. From 1936, this monthly magazine became the principal voice to spread Ahnenerbe propaganda. Conversely, academics that did not share the Ahnenerbe’s worldview were censored.

Deployment of propaganda proved more fruitful than quests for ancient superweapons and legendary continents. For instance, Germanic artifacts found in European countries occupied by “lower races” were used as proof that the land belonged to the German people and thus justified Nazi invasion and conquest.

This of course further justified vile medical experiments on the “lower races”, specifically Jews in concentration camps which was conducted under the Ahnenerbe’s Institute for Scientific Research for Military Purposes.

Professor August Hirt, along with ethnologists from the 1938 expedition to Tibet, collected over a hundred skeletons from the victims of the Ahnenerbe’s horrid experiments. Some skeletons were extracted from live subjects.

The most notorious Ahnenerbe experiments were conducted by Dr. Sigmund Rascher, a Luftwaffe medical officer.

In one experiment, he froze prisoners in low-pressure chambers and vats of icy water for between three to 14 hours at a time. He would then try to revive them by raising their temperatures with sleeping bags, boiling water and making prostitutes have sex with them. Test subjects who survived were shot.

Dr. Ernst Schäfer, a zoologist, who led the 1938 expedition to Tibet to find evidence of Aryan survivors from the last cataclysm, and for evidence of the Yeti.

Rascher had such a penchant for cruelty that in contrast, Himmler seemed positively humane. When Himmler suggested those that survived the experiments have their death sentences reduced to life imprisonment, Rascher said they were inferior races that deserved only death.

Another experiment tested Polygal, a coagulant made from beets and apple pectin. Rascher had the subjects either shot in the chest or had their limbs amputated without anesthetic to test Polygal’s effectiveness.

In 1945, the SS executed Rascher for passing off stolen children as his own.

The Ahnenerbe did not go unchallenged. Alfred Rosenberg, a key ideologue behind Nazi racial theory and Lebensraum, was often at loggerheads with Ahnenerbe co-founder Hermann Wirth.

Rosenberg headed Amt Rosenberg which for a time was an independent organization from Ahnenerbe, conducting archaeological excavations for evidence of Germany’s glorious past.

Though the occult underpinned much of what the Ahnenerbe did, many academics working for the organization resented occult interest in their research. Himmler’s right-hand mystic, Karl Maria Wiligut was a source of these academics’ ire when they were forced to work with him.

They considered Wiligut, who claimed he could clairvoyantly recall 300,000 years of history of his tribe, the “worst kind of fantasist.”

In Aug. 1943, the Ahnenerbe relocated from Berlin to Waischenfeld in Franconia to avoid Allied bombing.

Ahnenerbe was meant to play a central part in wiping Christianity from Germany and replacing it with its own pagan religion supported by their own so-called archaeological, pseudoscientific and pseudohistorical fabrications. But it never got the chance.

Once the Allies had taken the Waischenfeld in April 1945, many Ahnenerbe documents had been destroyed. But a large number were also recovered which aided in the trial of key Ahnenerbe personnel at Nuremberg.

However, many of Ahnenerbe’s academics managed to escape punishment. Some changed their names and quietly went back into academia.

Next, check out the Nazi propaganda poster that accidentally featured a Jewish child as an example of the “perfect Aryan.” Then, take a look at these crazy weapons that only the Nazi’s could have come up with.