Alan Berg made enemies with the Aryan Nation and the Christian Identity movement, who believed Jews descended from Satan. 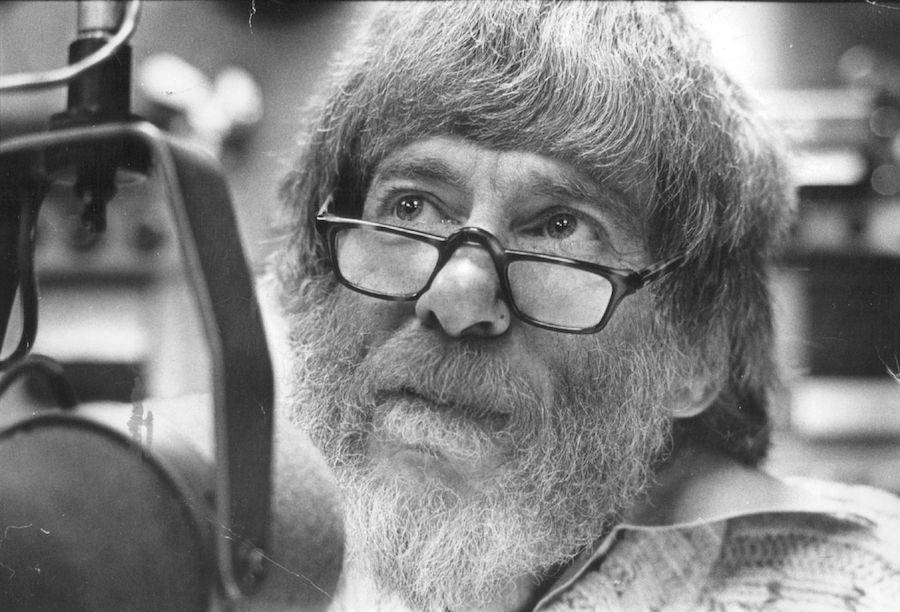 He had a biting sense of humor, an outspoken personality, and his voice reached more than a dozen states. Alan Berg, an attorney turned radio host, called himself the man you love to hate. If he didn’t hang up on callers, he would berate them on air.

However, unlike many fiery radio hosts of today, his wrath wasn’t devoted to minorities.

“He didn’t pick on the poor, the frail, the undefended: He chose Roderick Elliot and Frank ‘Bud’ Farell, who wrote ‘The Death of the White Race’ and ‘Open Letter to the Gentiles,’ and other people from the white supremacist groups… the groups who openly espoused hatred of blacks, Jews, leftists, homosexuals, Hispanics, other minorities and religious groups,” said Clarissa Pinkola Estes in an article for Moderate Voice.

His outspoken viewpoints made him an enemy of many, and Berg often joked on and off the air about the threats made on his life. Tragically, those “jokes” were made serious when those threats became actions.

The Early Life Of Alan Berg

Before he became a talk-show host on Denver’s KOA radio station, Alan Berg, was a criminal trial lawyer. Born Jan. 1, 1934, in Chicago to a Jewish family, Berg was one of the youngest people to pass the Illinois state bar at just 22-years-old.

After working at a firm in Chicago for ten years, he began to experience seizures at a frequent rate and used heavy drinking as a means of coping.

Berg’s wife, Judith, asked him to seek help and he complied. Quitting his practice, the two moved back to Judith’s hometown of Denver where Berg entered rehab. But the seizers persisted.

Berg was subsequently diagnosed with a brain tumor, which he had removed and made a full recovery from. Until his death, he used his trademark fringe haircut to cover up the surgical scars.

In Denver, Berg opened a clothing store and wound up meeting KGMC talk show host Lawrence Gross. After getting to know him, Gross had Berg on his show several times and when he left to take a job in San Diego, requested Berg as his replacement.

Berg took the position initially before moving to a different Denver station called KHOW. When he was fired from that job, Berg went back to KGMC. Unfortunately, they soon changed their station format to feature all music and once again, Alan Berg was out of a job.

After being courted by several stations, Berg went with KOA in 1981, the station where he would work until his murder.

Alan Berg’s political views were liberal and social, and he had no problem voicing those opinions on air, eccentrically and confidently. In fact, he relished it. He would goad people into calling, namely white supremacist groups.

One listener recalled turning on the radio and hearing him for the first time in 1981. He was talking about latent, anti-Semitic people. “I know that you’re listening. I want you to call me and tell me why you don’t like Jews. Let’s not pretend this doesn’t exist. Let’s stir it up. You’re anti-Semitic, and you know it, and you’ve got real feelings about this, and I want to find out what they are.” 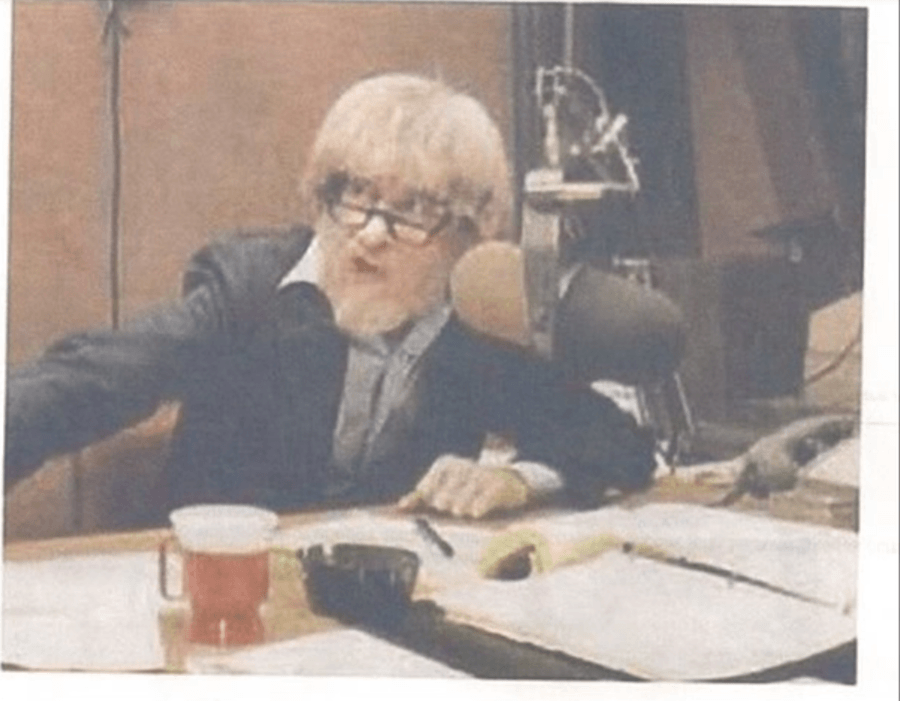 He gained a strong following by combining an abrasive personality with liberal viewpoints while taking risks to voice his opinions.

Groups that openly hated minorities would call in, and Berg would get them worked up, criticize them, and then hang up before a rebuttal was made. The Christian Identity movement, a group who thought who Jews descended from Satan, quickly became one of his main targets.

For his behavior and on-air comments, Berg got consistent death threats and hate mail from white supremacist groups.

“Hopefully, my legal training will prevent me from saying the one thing that will kill me,” he once joked.

On March 5, 1982, Berg called Ellen Kaplan, who was the Colorado Secretary of State and had recently made headlines for yelling an insult at Henry Kissinger after she spotted him at Newark International airport. In response, his wife Nancy Kissinger attacked Kaplan.

Alan Berg wanted to interview Kaplan, but when she picked up the phone he called her as a “vile human being” and defended Nancy Kissinger’s attack on her. When Kaplan quickly hung up the phone, Berg continued to ridicule her for the rest of the show.

Due to complaining listeners, the station suspended Berg. Though it only lasted a few days, he toned down his demeanor when he returned.

But Judith didn’t see him as an angry person. Instead, she said, “He wanted people to look at themselves and to be conscious of their thoughts — to take responsibility for their attitudes and decisions.”

On June 18, 1984, at around 10 p.m., Alan Berg pulled into his driveway after having dinner with Judith, with whom he had separated with and was attempting reconciliation.

While stepping out of his black Volkswagen Beetle convertible, he was hit with a flurry of gunfire. The assassin, using a semi-automatic weapon that had been illegally converted to an automatic weapon, shot Berg 12 times. He was pronounced dead at the scene. 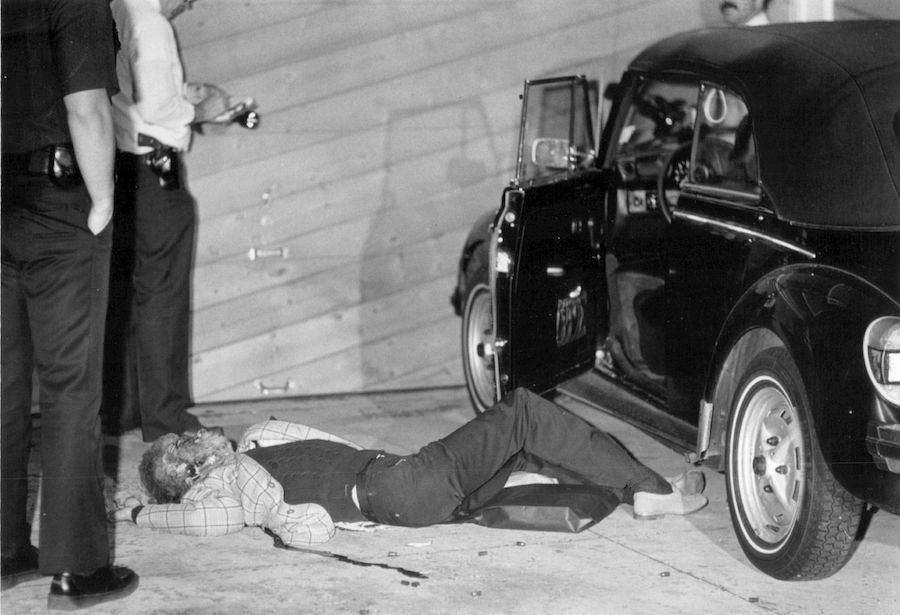 Denver Post/Getty ImagesAlan Berg was shot to death in the driveway of his home. June 18, 1984.

There were no immediate suspects, but many felt it clear that the shooting was targeted.

KOA’s late night talk show host Ken Hamblem said, “It was an assassination,” while Al Zing, a Denver attorney and friend of Berg, called the shooting a “gangland killing.”

During an FBI investigation, the weapon was traced to the home of a member of The Order, a white supremacists terrorist organization that also went by the name Silent Brotherhood.

At the murder trial, prosecutors stated that Alan Berg was assassinated because he was Jewish and because his personality angered white supremacists.

Jean Craig, David Lane, Bruce Pierce, and Richard Scutari were the four members of The Order who were indicted. However, only Lane, the alleged shooter, and Pierce, the driver of the getaway car, were convicted.

Lane, a former Klansman, was part of the Neo-Nazi Christian Identity group known as the Aryan Nation. He had called Berg’s show in the past and gotten into arguments on air. Lane denied involvement in the murder but also didn’t express regret that it had happened.

No one was convicted of murder for Berg’s death. The two men were instead charged with conspiracy, racketeering, and violating civil rights – all federal crimes. Both were sentenced for life, and both died in prison in 2007 and 2010. 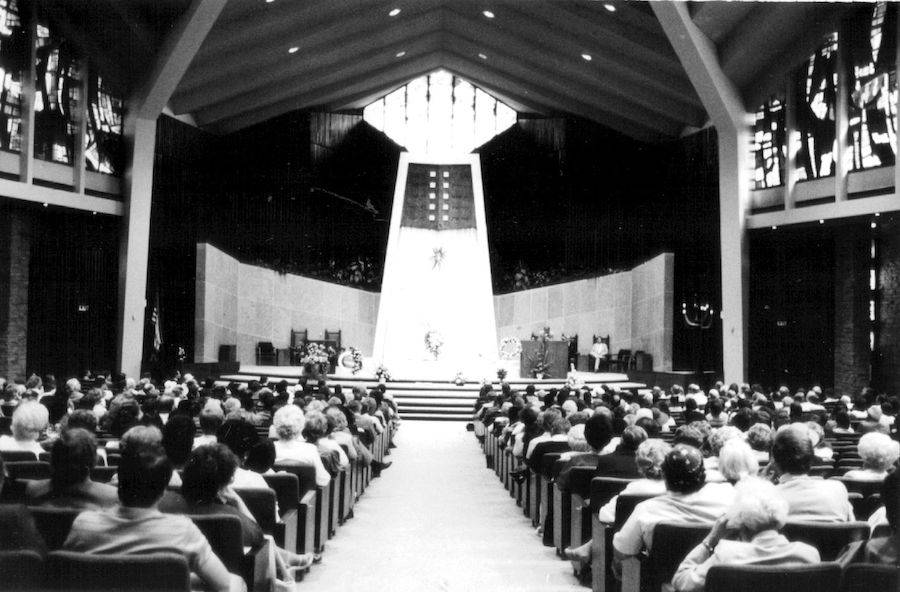 Dr. Kathy Morall, a forensic psychiatrist who appeared on Berg’s show three days before he was killed, reminisced on Berg after his murder:

“I feel a void now…The radio station will never, ever replace him. He was provocative, insulting, arrogant…He gave us every side of himself and didn’t hide any of it…He said, ‘Let me provoke in you a different way of thinking. Let me shake you from your yawning passivity. Agree with me or disagree with me, but don’t just sit there,'”

Alan Berg was buried at the Waldheim Jewish Cemetery in Forest Park, Ill.

After learning about Alan Berg, read about the Aryan Brotherhood gang, one of the most terrifying prison gangs in history. Then read about Daryl Davis convinced 200 racists to leave the KKK.