Alan Freed, the "father of rock 'n' roll," didn't just come onto the scene during a new era. He helped define it. 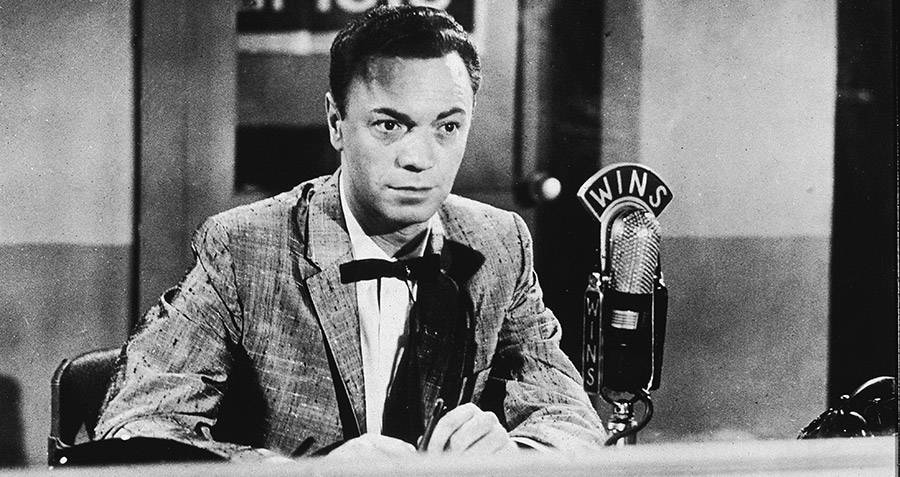 In his short life, Alan Freed was many things. A beloved disk jockey, a proponent of early integration, a television personality, a controversial figure, and a songwriter. But if there’s one thing Alan Freed is most remembered for, it’s being the “father of rock ‘n’ roll.”

Born on Dec. 15, 1921, in Pennsylvania, Freed grew up just in time for the beginning of a new era. His family moved to Ohio in 1933. After graduating high school, Freed went to Ohio State University where he picked up an interest in radio.

He served in the army during World War II and worked for the Armed Forces Radio. After the war, in 1945, Freed worked as a disk jockey for several radio stations around Ohio, before settling at WAKR in Akron.

On his show, he played a mix of jazz, pop, blues, country, and R&B. Freed quickly became a local fan favorite for the new music he was introducing to the airwaves.

Freed eventually left his job at the station, but found it difficult to find good work due to the non-compete clause he had signed at WAKR. In 1951, he wound up picking up a graveyard shift at a station called WJW in Cleveland. As it turned out, WJW radio would be the place Alan Freed would make history, not only by playing rock and roll music but actually introducing the phrase rock and roll to mass audiences.

Inspired by the New York street musician Louis T. “Moondog” Harding, Freed called his WJW show the Moondog House and himself the King of the Moondoggers. His on-air personality was vibrant. While most disk jockeys at the time kept a more mellow composure on air, Freed wanted his listeners to feel a part of the music community he was creating.

It was more than just the music though. In the 1950s, the embers of the civil rights movement were starting to glow. Alan Freed played recordings by black artists instead of cover versions by white artists, which wasn’t a common thing to do at the time. He also put together concerts with racially mixed audiences, which further helped to bridge the segregation gap between white and black teens at the time.

Freed organized the Moondog Coronation Ball in March of 1952 at the Cleveland Arena, the biggest venue in town. Featuring Paul Williams and his Hucklebuckers and Tiny Grimes and the Rocking Highlanders, it was the very first rock and roll concert. Tickets sold out in a day. 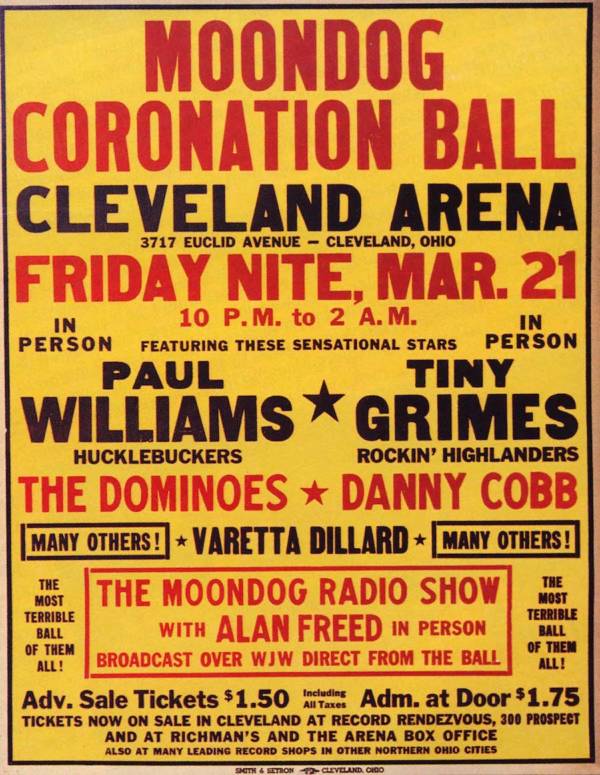 It was an early spring night and thousands of teenagers lined up outside the area hours before the show was set to start. An estimated 20,000-25,000 fans turned out for an event being held in an arena with a capacity of only 10,000. Less than an hour into the performances, the overcrowding caused the gates outside to break. The police got involved and canceled the show before it ever really began.

In an apology on his show the next day, Freed said, “If anyone had told us that some 20 or 25,000 people would try to get into a dance—I suppose you would have been just like me. You would have laughed and said they were crazy.”

As unsuccessful as the first rock concert was, it was successful in showing that the lust for rock and roll music was strong.

The Moondog Coronation Ball solidified Freed’s fame and status as the father of rock ‘n’ roll. He got extended airtime on his radio show as well as a television show. Premiering on ABC on May 4, 1957, the “Big Beat” was America’s first prime-time rock and roll TV show. 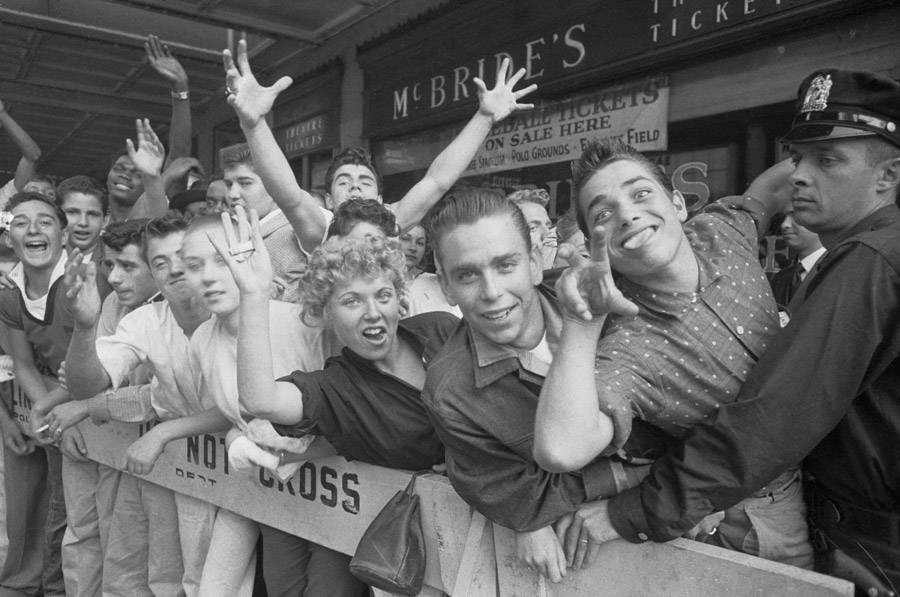 Getty Images‘All shook up’ even before the show begins, excited teenagers are kept in line by police barricades outside the Paramount Theater. The youngsters were anxiously awaiting the opening of the box office so they could get inside to see Alan Freed’s Rock ‘n Roll stage show.

Despite the show’s high rating, a live episode that featured a performance by Frankie Lymon And The Teenagers showed Lymon dancing with a white girl. This outraged the networks and caused them to cancel the show.

Freed was able to make a deal where the show could continue on a local level. Alas, the deal wouldn’t mean much thanks to a scandal that would soon rock the music industry and Freed directly. It was a little thing called payola.

Payola was the payments from record companies to radio stations with the order to play specific records. Not only was Freed accused of accepting payola, but he became involved in a conflict of interest controversy. Since Freed had songwriting credits on certain records, it entitled him to part of the royalties made through sales of those records. Thus, playing those records on his shows in order to give them more publicity and consequently receive more royalty payments, didn’t look so good on his end.

In 1959 he was fired from his TV show and soon after from his radio station as well. Payola was officially made illegal in 1960. Two years later, Freed would plead guilty to charges of commercial bribery.

The negative press surrounding Freed made him a pariah to the major radio stations. He wound up working for a small scale radio station on the West Coast.

In 1965, Alan Freed died from diseases brought on by alcoholism. He was 43 years old.

Despite the troubled years, he faced at the end of his life, Alan Freed is still considered a key creator of rock and roll. He was one of the first people inducted into the Rock and Roll Hall of Fame in Cleveland in 1986. He also was inducted into the National Radio Hall of Fame in 1988, and in 1991, he earned a star on the Hollywood Walk of Fame.

He’s also been lamented in the music of major future artists whose music wouldn’t be possible without the birth of rock and roll.

“This one’s for you Al Freed,
Wherever you go, whatever you do
‘Cause the things they’re doing today
Will make a saint out of you” — Payola Blues, Neil Young

Next read about the rock and roll groupies who changed music history. Then check out these 25 strange Elvis facts.