The Rock And Roll Groupies Who Changed Music History

Groupies were more than just the sex that went with the drugs. They were muses who left their marks all over the history of rock and roll. 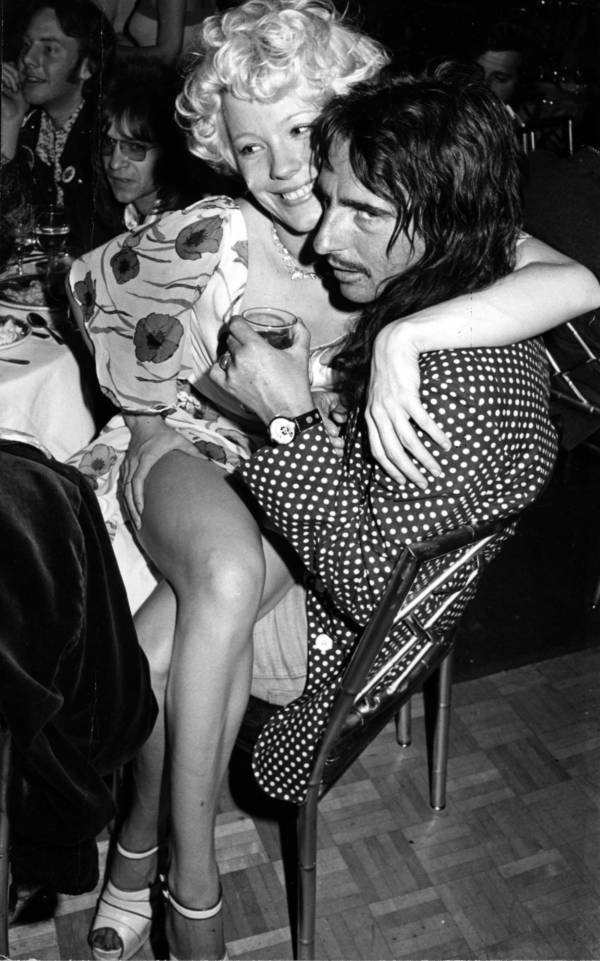 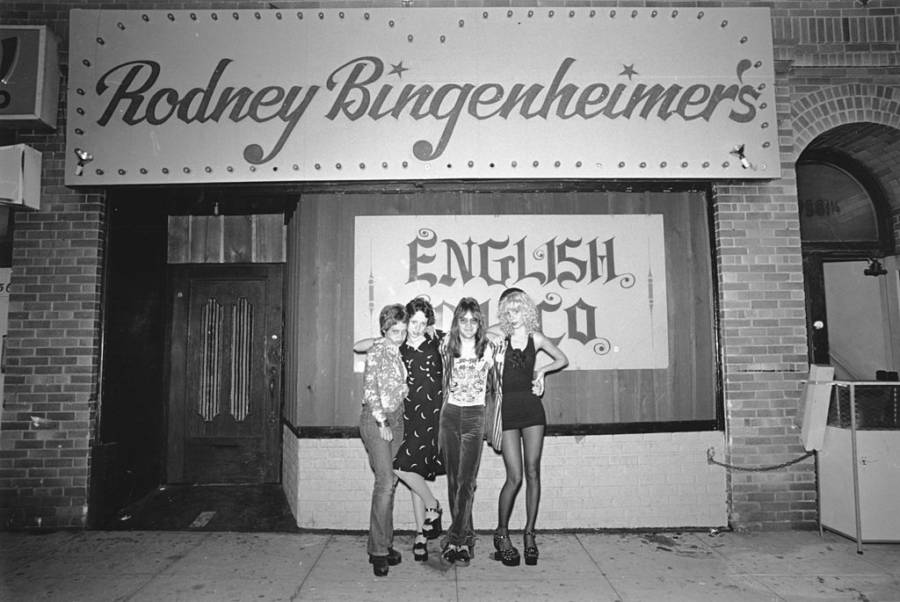 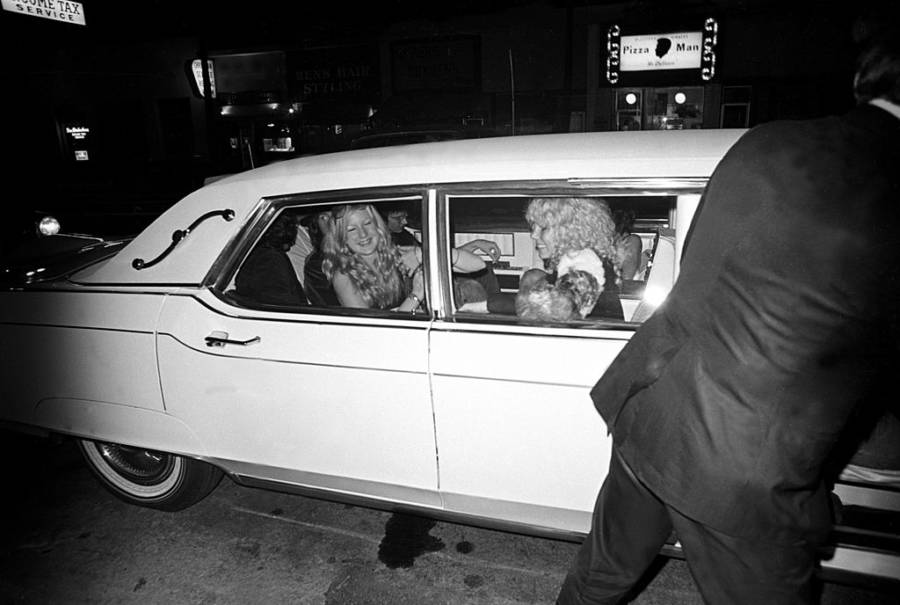 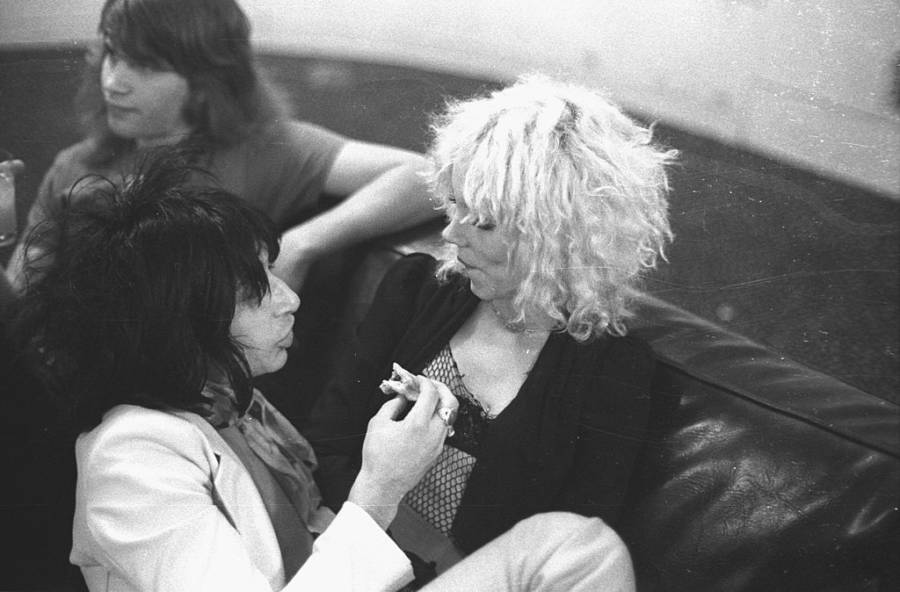 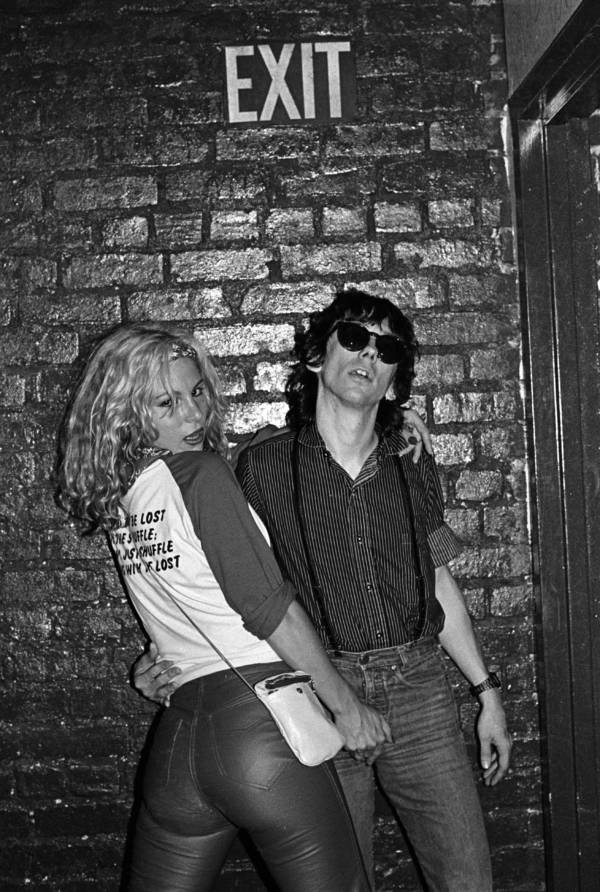 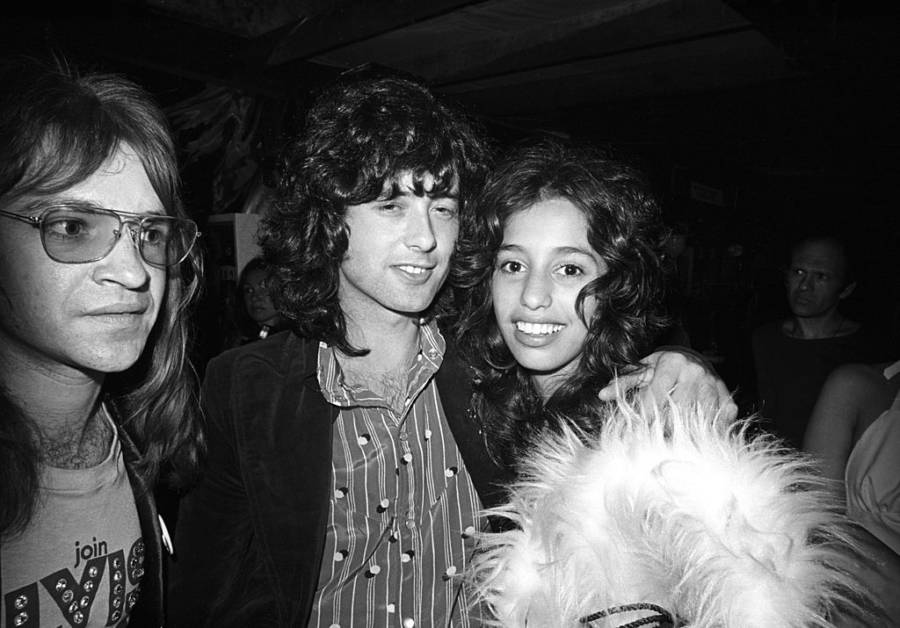 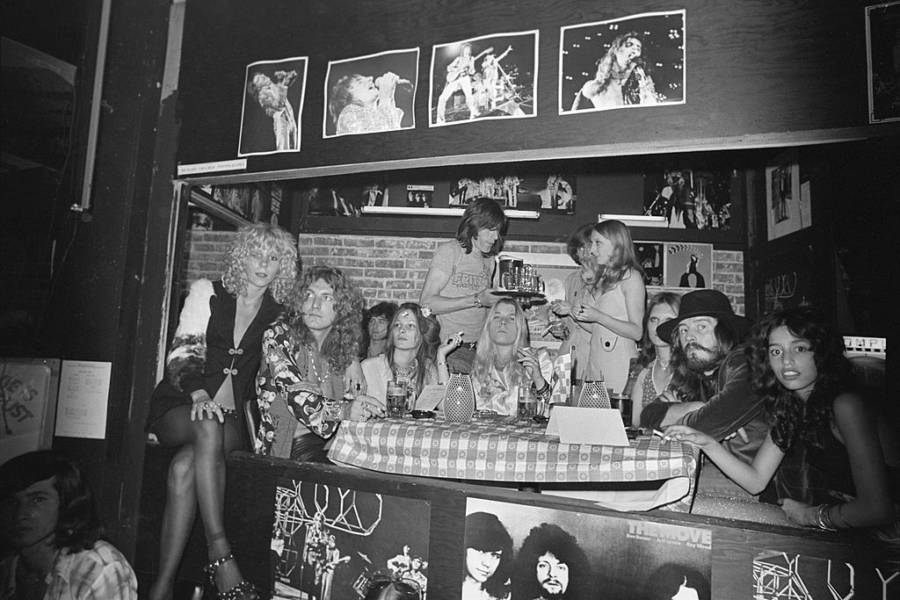 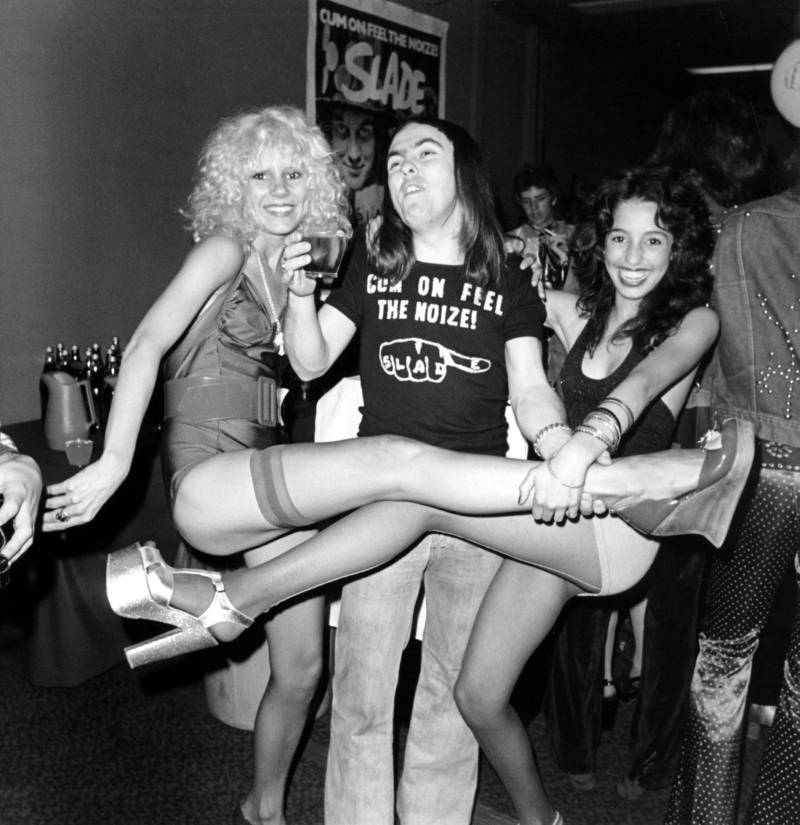 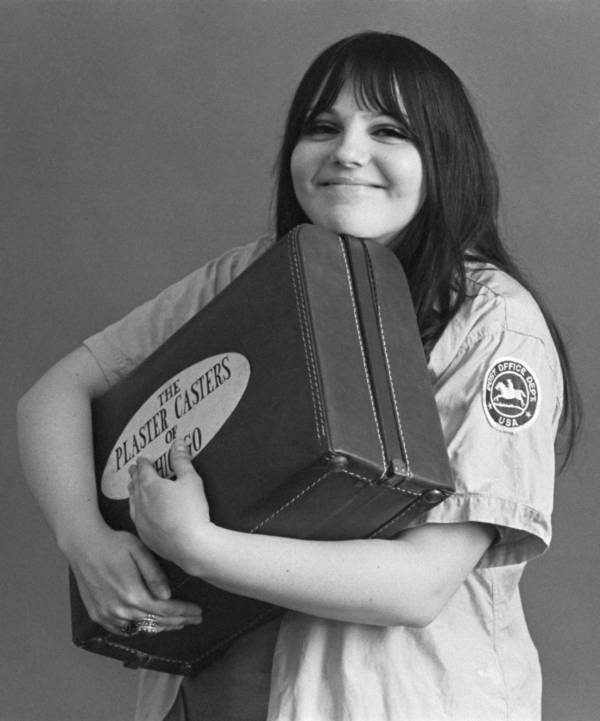 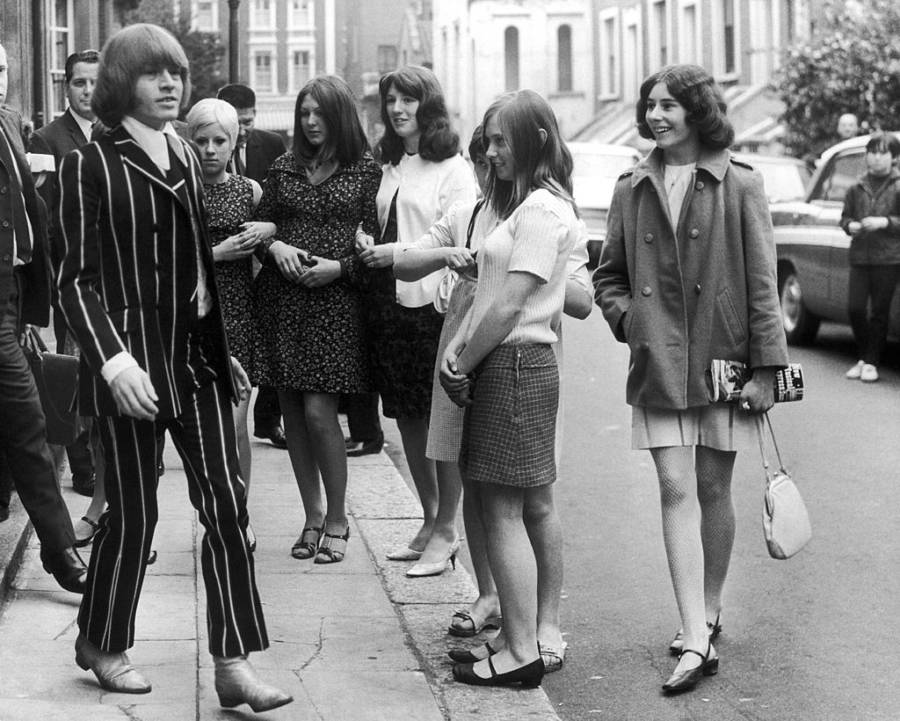 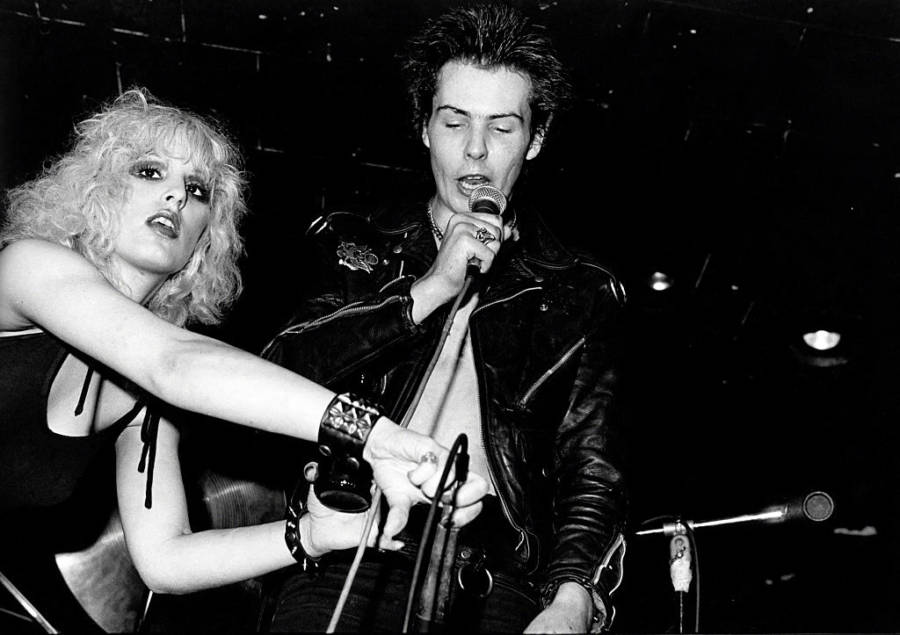 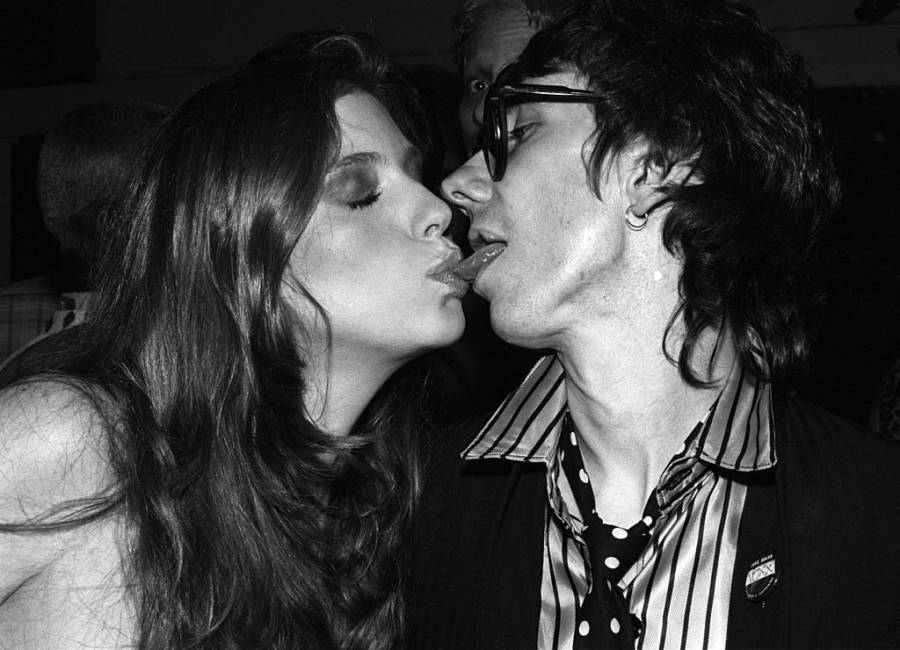 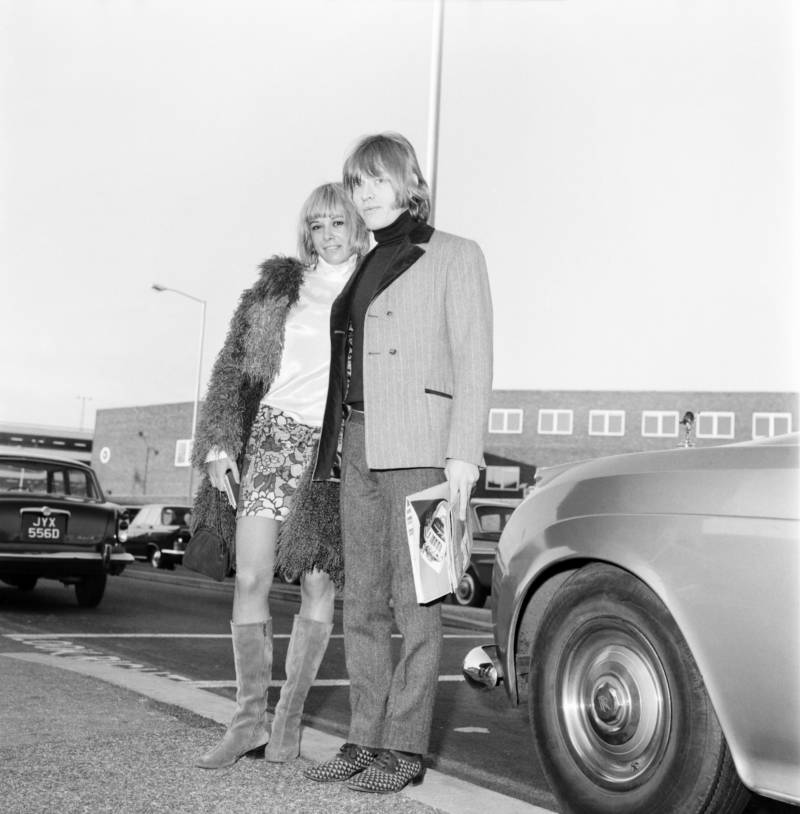 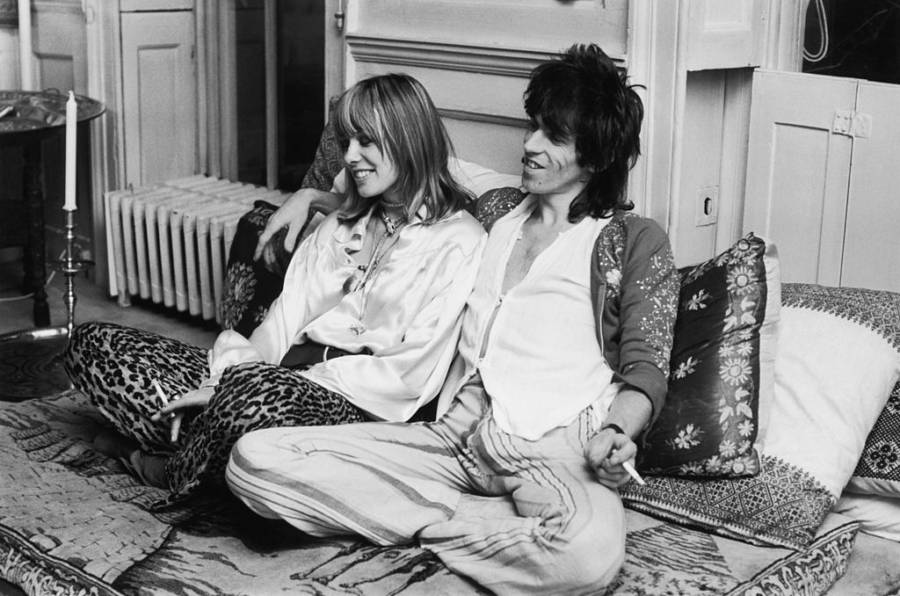 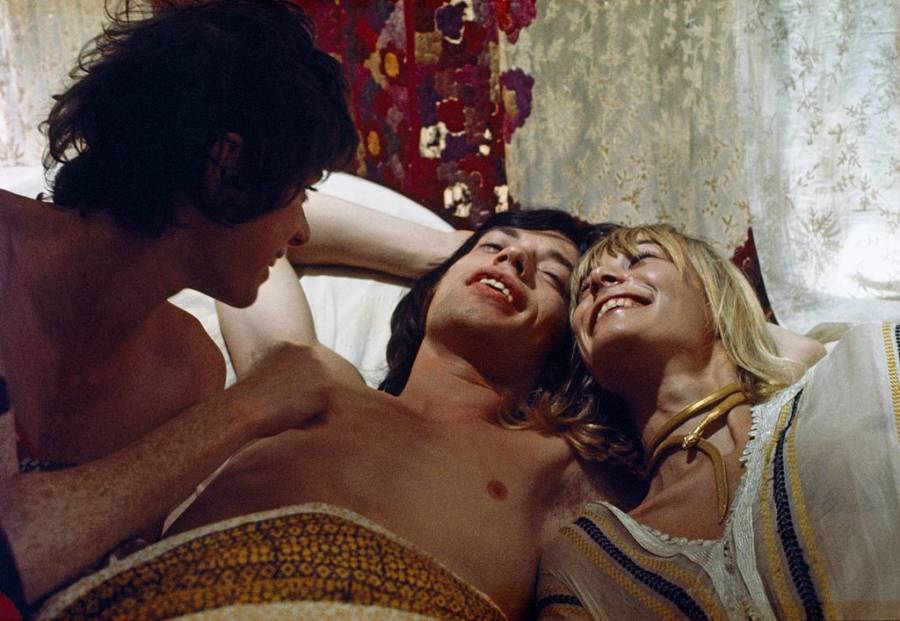 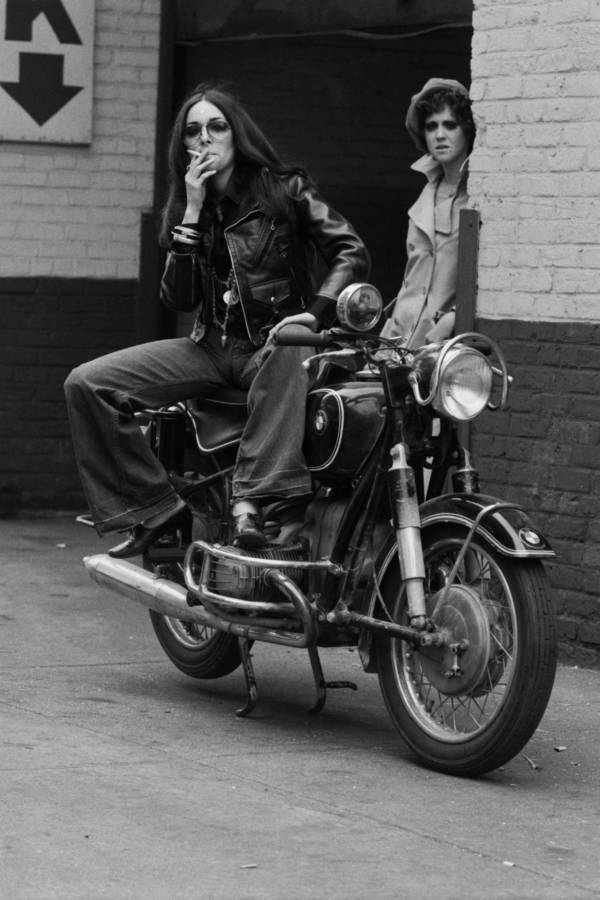 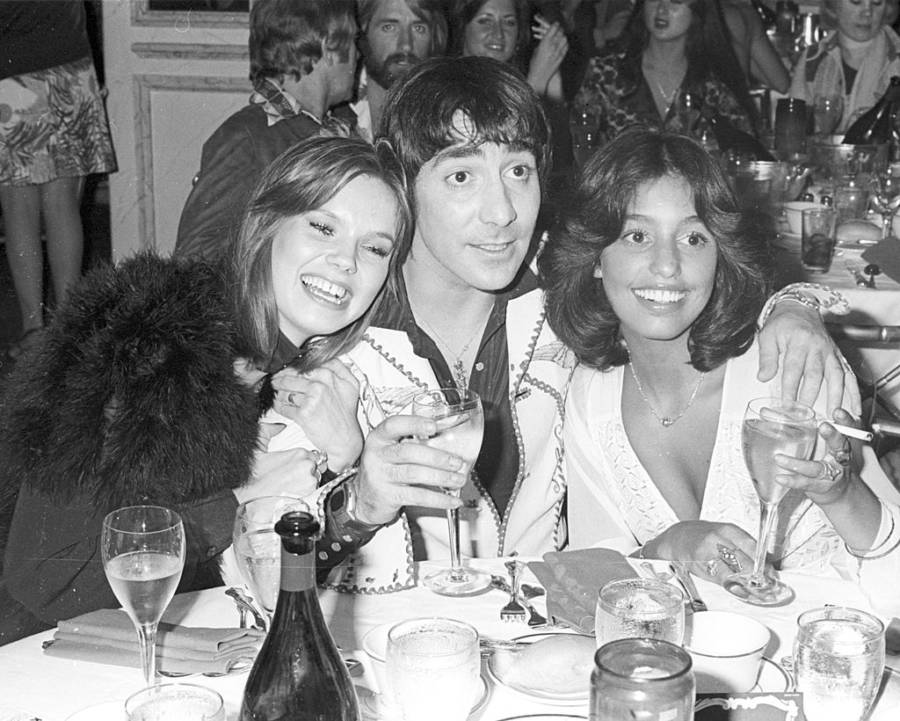 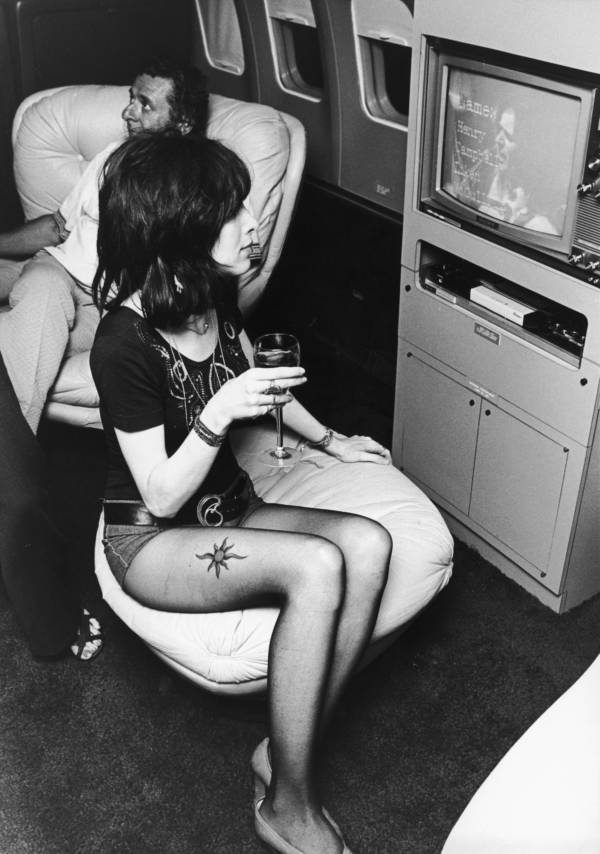 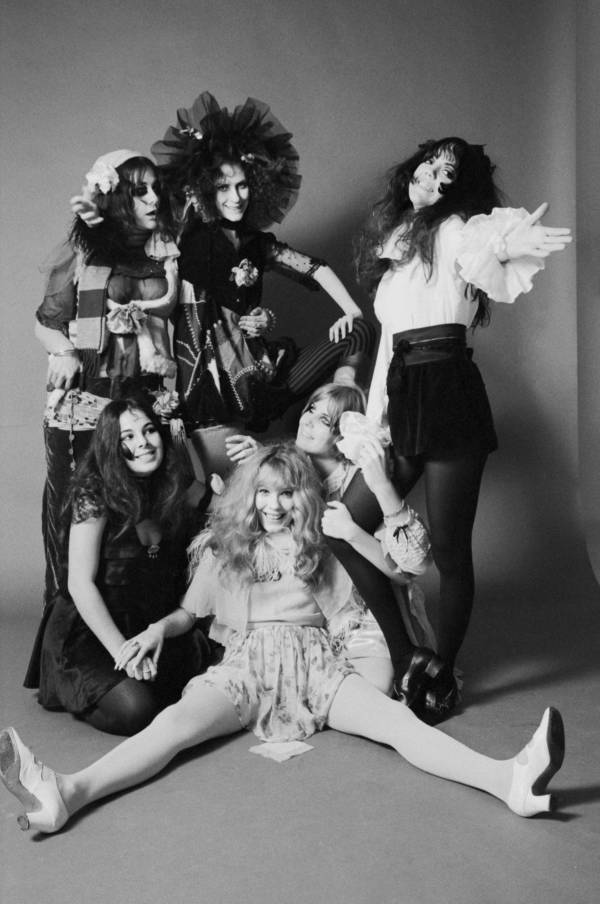 Pamela Des Barres, one of the inspirations behind the movie Almost Famous.

Des Barres hooked up with Mick Jagger, Jimmy Page, Keith Moon, Jim Morrison, and countless others, before memorializing it all in a memoir called I'm With The Band.

This was a well-known place for rockers to pick up "baby groupies": underaged girls, some as young as 12, waiting to become a rock star's prey.

Sable Starr, the best-known of the "baby groupies," with Johnny Thunders of the New York Dolls.

Iggy Pop would write about his flings with Sable Starr and the moment she left him for Thunders in his song "Look Away":

I slept with Sable when she was 13,
Her parents were too rich to do anything,
She rocked her way around L.A.,
'Til a New York Doll carried her away…"

By the 1980s, Sable Starr was starting to move on with her life. Johnny Thunders often beat her brutally, and the dark realities of being a child groupie came out in public.

"He tried to destroy my personality," Starr would later say. "After I was with him, I just wasn't Sable Starr anymore."

Page's relationship with the young girl was a scandal at the time, but he was hardly the first rocker to take an interest. Lori Maddox says she lost her virginity to David Bowie when she was even younger.

Maddox at a Rodney Bigenheimer's with the members of Led Zeppelin and friend and fellow groupie Sable Starr.

Sable Starr, who had been sleeping with rockers since she was 12 years old, introduced Maddox to the groupie scene. Maddox says that, when Jimmy Page invited her over, Sable Starr threatened, "If you touch him, I will shoot you. He's mine."

Lori Maddox and Jimmy Page split up when she caught him in bed with another groupie, Bebe Buell. The end of their relationship, though, wouldn't mean the end of Maddox's days as a groupie; she'd spend the next few years of her life moving through the biggest names on the music scene.

Cynthia Albritton, best known as "Cynthia Plaster Caster," was immortalized in the Kiss song named after her and her strange hobby: She developed a reputation for not only sleeping with rock stars, but for keeping plaster molds of the band members' members.

Here, Cynthia Plaster Caster clings tightly to a box filled with her collection.

A pack of groupies greet Brian Jones as he steps out of court.

Jones had been caught with these women and a stash of marijuana, cocaine and methamphetamines.

Before she was Sid Vicious's girlfriend, Nancy Spungen was a groupie, following bands like the New York Dolls and the Ramones around the world. She ended up with Sid Vicious after Vicious' Sex Pistols bandmate Johnny Rotten turned her down.

The romance would cost Spungen her life. On October 12, 1978, Sid Vicious stabbed her to death with a knife in New York's Hotel Chelsea.

Nancy Spungen wasn't the only groupie that followed the band around.

Steven Tyler wasn't Buell's only love. She claims to have hooked up with everyone from Elvis Costello to Mick Jagger to Rod Stewart.

Few groupies have affected music history as much as Anita Pallenberg.

When Pallenberg left Brian Jones for his Rolling Stones bandmate Keith Richards, Jones sunk into depression and heavy drug abuse. Within a year of losing Pallenberg, he'd be kicked out the band.

Anita Pallenberg with Keith Richards, the man she would eventually marry.

Richards and Pallenberg shared a love for heroin, which got them arrested in 1977 and nearly cost the Rolling Stones another guitarist.

Jagger had the Rolling Stones album Beggars Banquet sent back for remixing when Pallenberg said it wasn't up to par. He also let her sing back-up on the album's best-known single, "Sympathy for the Devil."

Officially, Pallenberg denies ever having been with Mick Jagger.

Lotti Golden with Silky Gage, a woman who has been called both her groupie and her muse.

Silky would be the inspiration for many of Golden's songs, such as "Silky Is Sad."

Walter-Lax was the last person with Keith Moon when he died. In his final moments, Moon asked Walter-Lax to cook him a meal and, when she refused, yelled, "If you don't like it, you can f--- off!"

He died of an overdose shortly after.

Audrey Hamilton followed Led Zeppelin around the world, flying with them in their private jet "The Starship," and serving as frontman's Robert Plant's muse.

After their relationship fell apart, Hamilton would move on to Kiss guitarist Ace Frehley. For a rock star in the 1960s and '70s, the groupies came with the territory. They would follow bands on tour, cheering at their shows and fighting for the chance for a backstage pass and a night in a celebrity's bed.

Such groupies are usually nothing more than a footnote in music history, but behind the scenes, they were more than just fans. They were a part of these musicians' lives – and sometimes, they completely changed music history.

Some groupies were minor celebrities in their own right. Women like Pamela Des Barres built up legends of their own. She worked her way through the beds of men like Jimmy Page and Mick Jagger, leading a life that helped inspire Kate Hudson's character in the movie Almost Famous.

Other groupies, however, broke up bands. Anita Pallenberg nearly ended The Rolling Stones twice by working her way through the group. When she left Brian Jones for his bandmate, Keith Richards, she sent him into a spiraling depression that would end with him getting kicked out of the band. And not long after, a heroin binge with her new beau, Keith Richards, would see him pleading before a court to stay out of prison.

Other groupies would find themselves in even deeper trouble. At Rodney Bingenheimer's English Disco in Los Angeles, rock stars would browse a selection of so-called "baby groupies" – underaged children who spent their school nights sleeping with grown men.

This was a scene in which women over 20 were called "old"; in which Jimmy Page cast aside his 25-year-old girlfriend Pamela Des Barres to go home with a 15-year-old named Lori Maddox.

The leader of the "baby groupies" was Sable Starr, a girl who had been sleeping with rock stars since she was 12 years old. Starr's life of scandals would be immortalized in the lyrics of an Iggy Pop song Look Away.

But these women were more than just the sex that went with the drugs and the rock and roll. They were muses. They inspired songs. They raced through the minds of famous musicians as those stars strummed out the first few notes of a future classic.

These groupies' names might not be well-known, but they've left their imprints all over the history of rock and roll.

After reading about some of the most influential -- and infamous -- rock and roll groupies, learn the history of hippies and the Mods.