Meet Baba Vanga, The Blind Bulgarian Mystic Who Made Decades’ Worth Of Eerie Predictions

Baba Vanga allegedly lost her eyesight in a tornado when she was a child, became clairvoyant in the process, then went on to predict everything from the death of Princess Diana to 9/11. 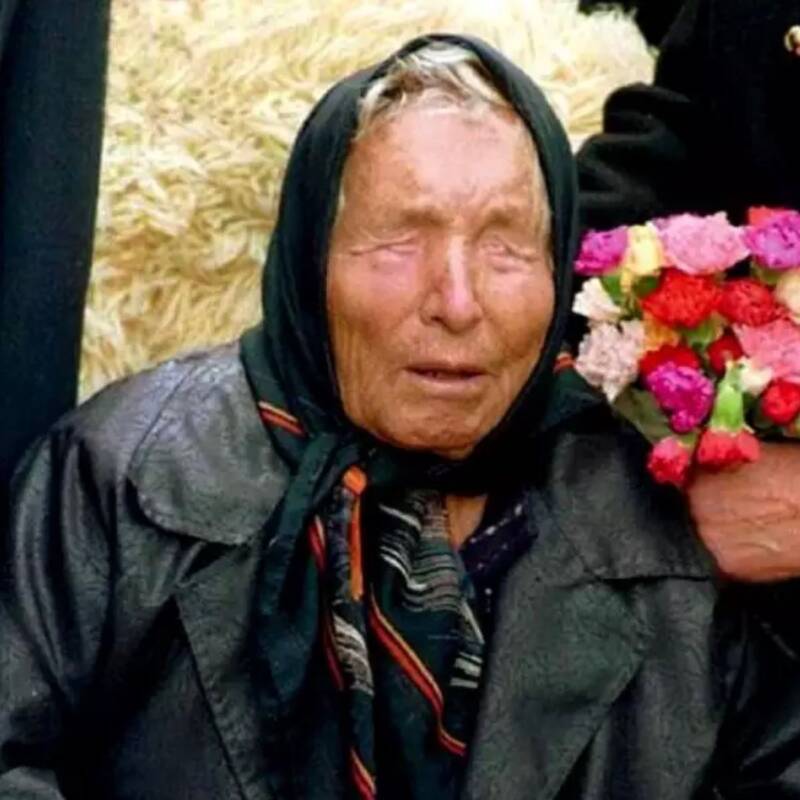 TwitterBlinded as a girl, Baba Vanga allegedly developed a different kind of sight.

For decades, a mystic named Baba Vanga doled out predictions from her rural Bulgarian village. She prophesized about politics, natural disasters, war, and even the end of the world. And many of her predictions — according to her followers — have actually come true.

Dubbed the “Nostradamus of the Balkans,” Vanga claimed that she developed the gift of foresight following a near-death encounter as a girl. Though blinded, she became capable of peering into the future.

But is Baba Vanga the real deal? And which of her predictions about the future have actually come to pass?

The Life And Death Of A Blind Bulgarian Mystic 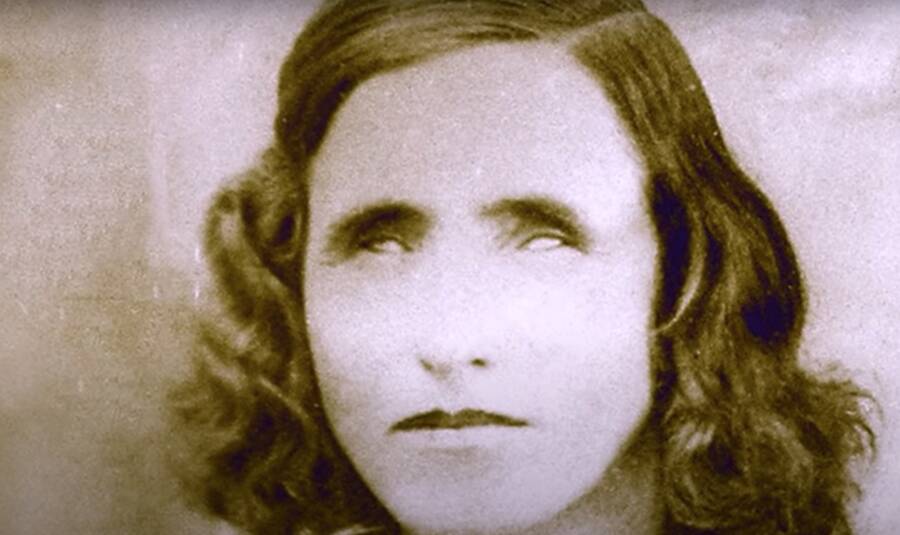 YouTubeBaba Vanga allegedly lost her sight in a freak accident.

Born prematurely in 1911 in present-day Macedonia, Vangeliya Pandeva Gushterova had a difficult, if unremarkable, childhood.

She endured poverty, the loss of her mother, and the trauma of seeing her father go off to war. Despite this, Vanga was a normal child whose favorite game was playing “doctor” with her friends.

But everything changed when Vanga was 12. According to her followers, while playing with her cousins, a tornado suddenly hit Vanga’s village. It flung the 12-year-old into the air and deposited her in a nearby field. When her family finally found her, she had so much dust and dirt in her eyes that they were crusted shut.

In the aftermath, Vanga slowly started to go blind. But she also began to have strange dreams and visions about the future. And before her death in 1996 at the age of 85, she shared a number of predictions with the world from her home in the Bulgarian Kozhuh mountains.

Though she achieved international renown, not everyone took her seriously. One local woman told the New York Times in 1995, “Local people don’t believe in her. She just looks at you, asks you what’s wrong and then repeats phrases she has memorized. A lot of what she does is for money.”

So, how many of Baba Vanga’s predictions actually came true?

How Many Of Baba Vanga’s Predictions Have Come True? 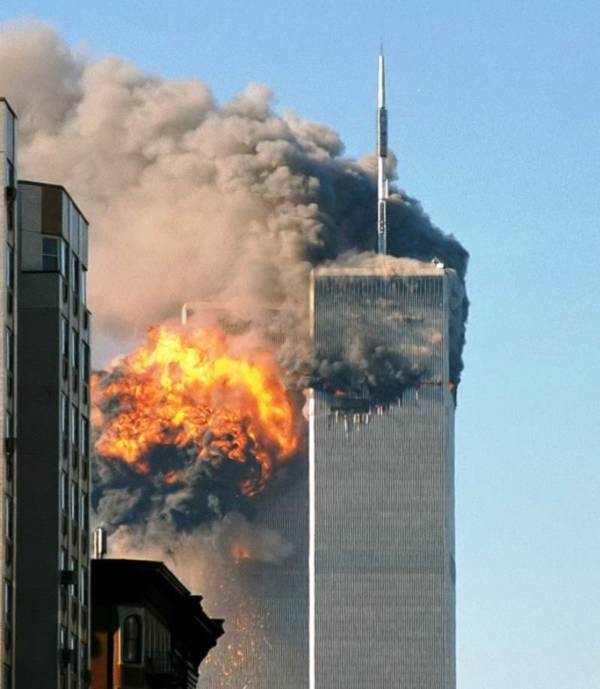 Over the years, Baba Vanga made a number of predictions. She never wrote anything down, however, which means that the veracity of her prophecies is in doubt. They were all relayed by her staff, and some believe that her words were actually created and amplified by Russian trolls on social media.

That said, a number of her alleged predictions have appeared to come “true.” Baba Vanga achieved international fame when she “predicted” the Kursk nuclear submarine disaster. In 1980, she said Kursk will be “covered with water and the whole world will weep over it.”

In the year 2000, a Russian nuclear submarine called Kursk did indeed sink, killing all 118 sailors on board.

She also “predicted” the 9/11 terror attacks in 1989 when she said, “Horror, horror! The American brethren will fall after being attacked by the steel birds. The wolves will be howling in a bush, and innocent blood will be gushing.”

And some think that she foresaw the 2004 tsunami by saying, “A huge wave will cover a big coast covered with people and towns, and everything will disappear beneath the water. Everything will melt, just like ice.”

Before her death, Baba Vanga made a number of other “true” claims as well. She predicted that America’s 44th president would be Black (Barack Obama was indeed elected in 2008), a “Muslim war,” which some think alludes to ISIS, and world events like the break-up of the Soviet Union.

But Baba Vanga’s predictions aren’t always right. She also claimed that America’s 44th president, Obama, would be its last. She said that Europe would “cease to exist” in 2017 (Britain did vote to leave the European Union in 2016). And she said that the 1994 World Cup would be between two countries that start with the letter “B” (it was actually between Brazil and Italy).

She also predicted a nuclear war that would last from 2010 to 2014, which, thankfully, never came to pass.

That said, her supporters insist that Baba Vanga’s predictions have an 85 percent success rate. So, what did this Bulgarian mystic say about the years yet to come?

Baba Vanga’s Predictions About The Future 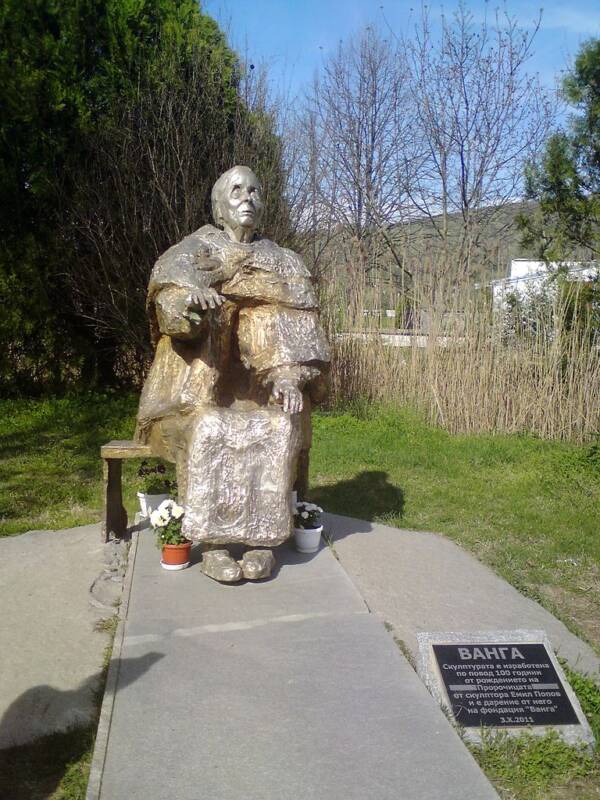 Whether you believe her or not, Baba Vanga does have more predictions for the future. In fact, she’s predicted events up to 5079, which is when she claims the world will end.

In 2022 alone, Baba Vanga predicted a virtual reality takeover, water shortages, famine and locusts in India, and another pandemic, this time featuring a disease frozen in Siberia. She also prophesized a visit from aliens.

Baba Vanga also paints an increasingly science fiction-esque future. In 2066, she said the U.S. would use a “climate-changing weapon” on Muslim-controlled Rome. In 2100, we’ll apparently start using a manmade sun. And by 2130, humans will start living underwater. (Thanks to helpful aliens).

Baba Vanga also predicted that everything on Earth will die in 3797. Though, fortunately, humans should have interstellar technology by then.

She also made blanket predictions about world powers and leaders. In 1979, she said: “All will thaw, as if ice, only one remain untouched – Vladimir’s glory, glory of Russia” in a possible shout-out to Russian leader Vladimir Putin. Baba Vanga also alluded to World War III, saying, “Russia will not only survive, it will dominate the world.”

So, will Baba Vanga’s prophecies actually happen? And did she somehow foresee past events? In this case, belief is in the eye of the beholder.

After reading about Baba Vanga, see what Nikola Tesla predicted about the future. Or, check out these failed doomsday prophecies from history.