Inside Marilyn Monroe’s Autopsy And The Shocking Conspiracies Behind It

After her death on August 4, 1962, Marilyn Monroe’s autopsy was conducted to solve the shocking mystery of her demise — but it only garnered more questions. 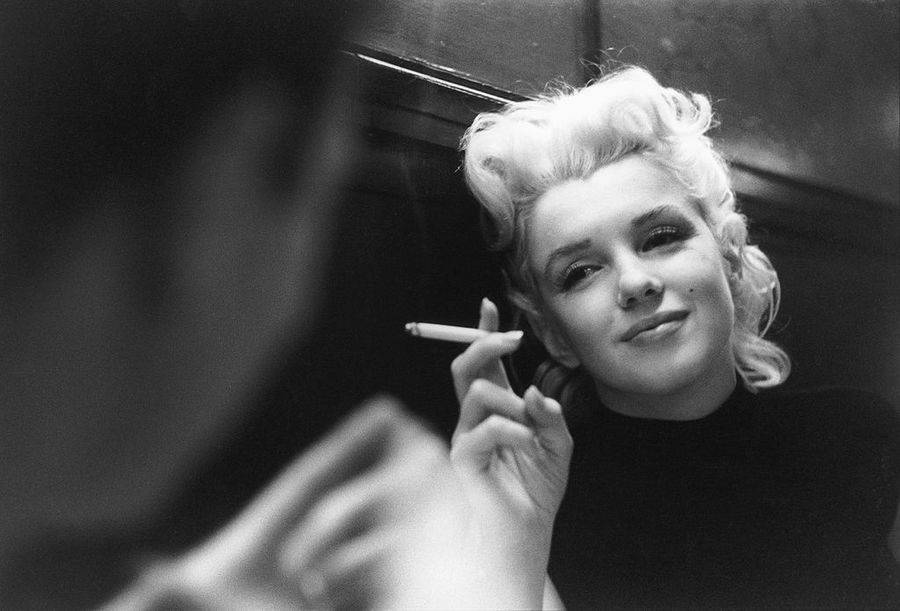 On Aug. 5, 1962, the world awoke to horrifying news: movie star Marilyn Monroe was dead at the age of 36. Since then, her life — and death — has inspired countless books, movies, and TV shows. But what did Marilyn Monroe’s autopsy actually reveal about how she died?

In this matter, there are two parts to the story. There’s the official report, which says that the star died of a “probable suicide,” a conclusion first reached in 1962. A 1982 reexamination of her death agreed with this initial result, adding that Monroe could have died from an “accidental overdose.”

But another, darker side of the story persists. Over the years, a number of people have come forward to dispute the official account of Marilyn Monroe’s autopsy. They point to inconsistencies and omissions in her case — and heavily suggest that she died from more sinister means. 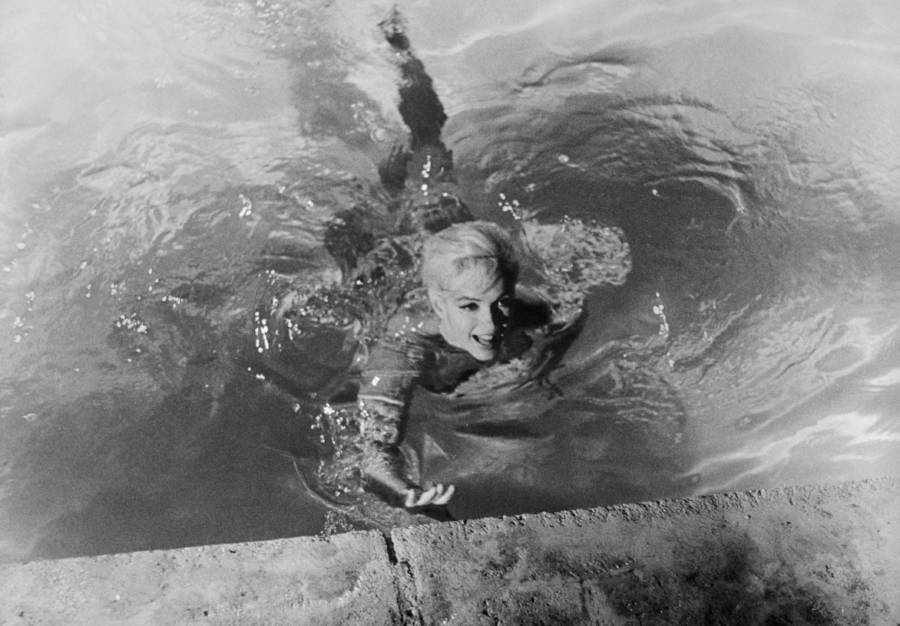 Getty ImagesMarilyn Monroe in her last film, Something’s Got To Give.

By August 1962, movie star Marilyn Monroe had reached great heights and terrible lows. She was beloved as an actress and a sex symbol, and she had made her mark in Hollywood through hits like Gentlemen Prefer Blondes (1953) and Some Like It Hot (1959).

But Monroe struggled with a number of inner demons. She’d spent her childhood in foster homes and her three marriages, to James Dougherty, Joe DiMaggio, and Arthur Miller, had ended in divorce. Under the glare of the spotlight, she’d turned increasingly to drugs and alcohol.

Indeed, Monroe’s personal problems seemed to seep into her last film, Something’s Got To Give. The actress was frequently late to set, forgot her lines, and was described in a 1990 documentary as drifting in a “depressed and drug-induced haze.” She was even fired for “spectacular absenteeism,” though she managed to talk her way back into the picture.

Still, no one expected what came next.

On the night of Aug. 4, 1962, Marilyn Monroe’s maid, Eunice Murray, became alarmed when the movie star didn’t respond to Murray’s knocks. Murray called Monroe’s psychiatrist, Ralph Greenson, who broke a window and found Monroe tangled in her champagne sheets, dead, with her phone in her hand. 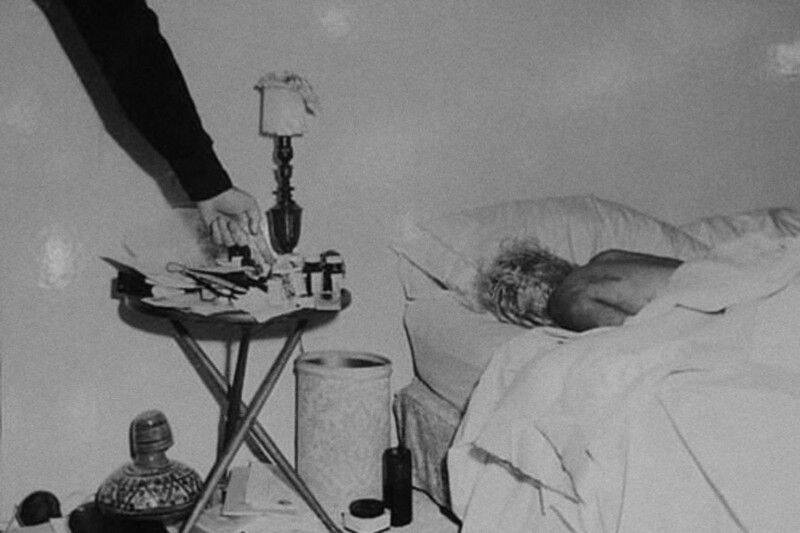 Getty ImagesMarilyn Monroe was found dead in her bed on Aug. 5, 1962.

“Beside the bed was an empty bottle that had contained sleeping pills,” The New York Times reported on August 6 of Marilyn Monroe’s death. They added that 14 other bottles were found on her nightstand.

The Times went on to note that “Miss Monroe’s physician had prescribed sleeping pills for her for three days. Ordinarily, the bottle would have contained forty to fifty pills.”

As her cause of death wasn’t immediately clear, many looked to Marilyn Monroe’s autopsy for answers. But this would also raise a number of questions. 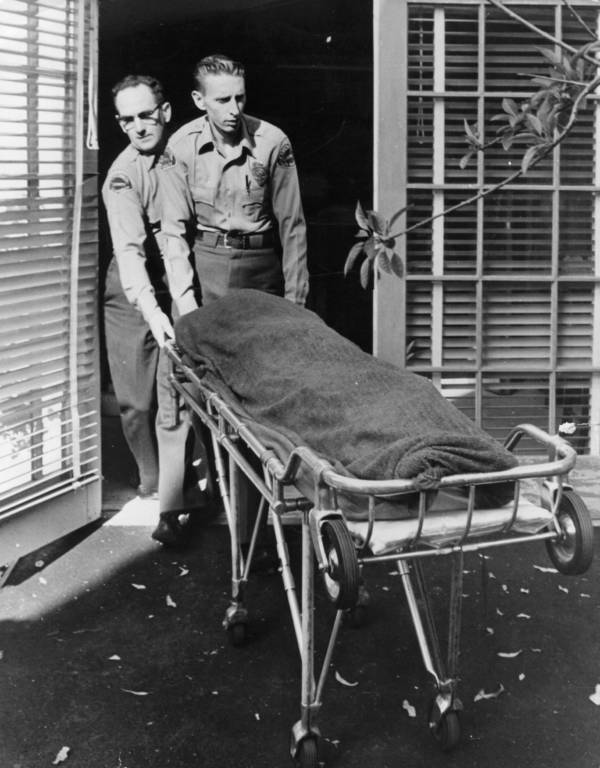 Keystone/Getty ImagesMarilyn Monroe’s body is removed from her home on Aug. 5, 1962.

On Aug. 5, 1962, Dr. Thomas T. Noguchi conducted Marilyn Monroe’s autopsy. In his report, which was released 12 days later, Noguchi wrote, “I ascribe the death to ‘acute barbiturate poisoning’ due to ‘ingestion of overdose.'”

The medical examiner, Dr. Theodore Curphey, seconded Noguchi’s findings at a news conference that day. He told reporters, “It is my conclusion that the death of Marilyn Monroe was caused by a self-administered overdose of sedative drugs and that the mode of death is probable suicide.”

Indeed, Marilyn Monroe’s autopsy revealed that she had high levels of Nembutal and chloral hydrate in her system. So much, in fact, that the coroner suggested she’d taken the barbiturates “in one gulp or in a few gulps over a minute or so.” 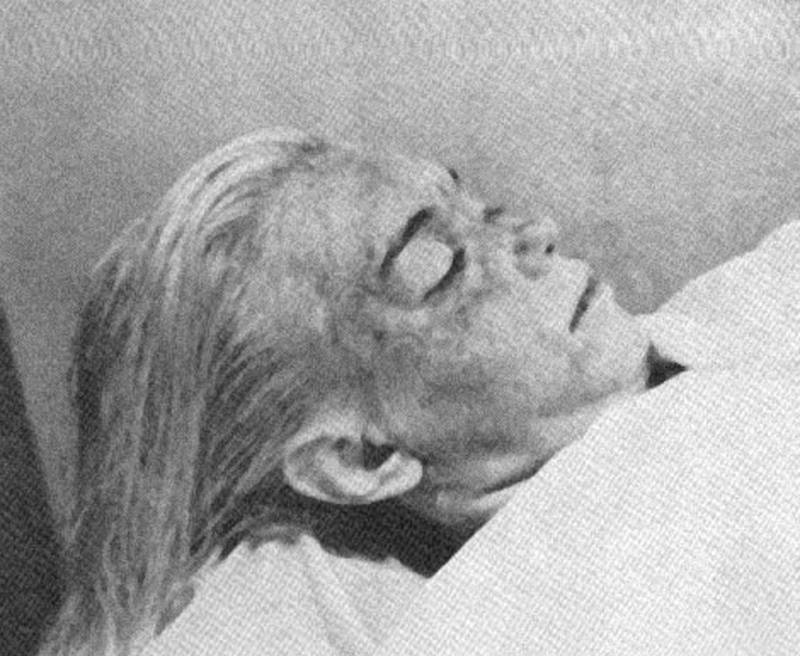 Additionally, Curphey had asked for a “psychological autopsy” which found that Monroe was likely suicidal. Conducted by three mental health professionals, the report found that “Miss Monroe had suffered from psychiatric disturbance for a long time.”

Their report also noted that “Miss Monroe had often expressed wishes to give up, to withdraw, and even to die,” and that she’d attempted suicide before.

To some, Marilyn Monroe’s autopsy seemed to clearly indicate that the star had intentionally overdosed. But not everyone was convinced of this theory. And as the years went on, other theories about her death have bubbled to the surface.

Other Theories About How Monroe Died

Decades later, two people who participated in Marilyn Monroe’s autopsy came forward to say that they didn’t think the movie star died by suicide. Both alluded to a popular conspiracy theory that the movie star was murdered, perhaps because of her romantic entanglements with John F. Kennedy and his brother, Robert. 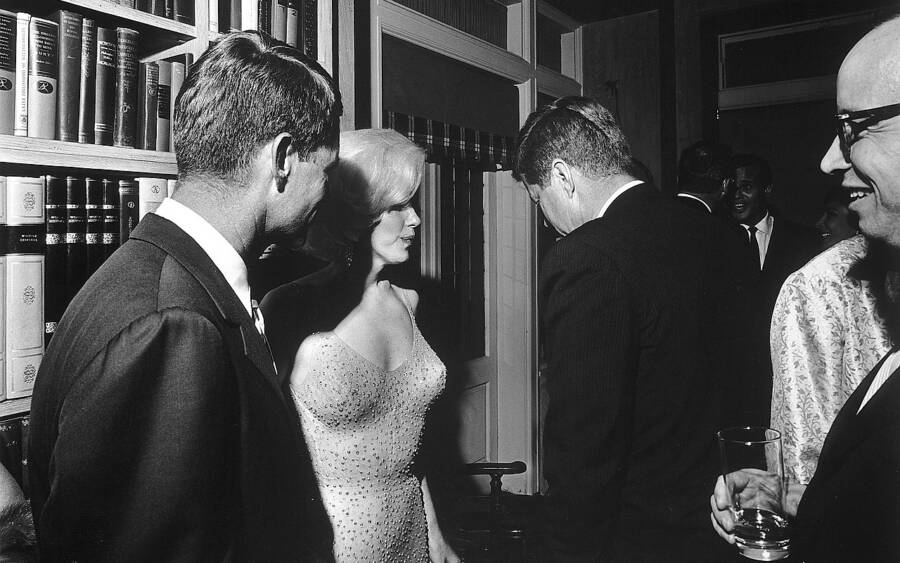 The first, John Miner, was the Deputy District Attorney of Los Angeles County and a liaison to the County’s Chief Medical Examiner-Coroner. He pointed out two suspicious details from the autopsy that he felt made the suicide theory a dubious one.

First, Miner claimed that Monroe’s stomach contents had “vanished.” Second, he said the autopsy revealed no evidence of Monroe ever digesting the drugs in the first place.

Though Monroe’s stomach contents were apparently accidentally discarded, Miner nonetheless found it strange that the autopsy found no yellow marks in her stomach, which Nembutal would leave if digested orally. Nor did Noguchi find any needle marks to suggest she had been given the drugs intravenously.

To Miner, this left only one possible scenario: a murder.

“Marilyn Monroe took or was given chloral hydrate to render her unconscious,” he wrote. “Someone dissolved Nembutal in water by breaking open 30 or more capsules. That person then administered the Nembutal-loaded solution by enema to Miss Monroe using an ordinary fountain syringe or [an] enema bag.”

Miner also claimed that Monroe’s psychiatrist, Greenson, let him listen to a number of personal tapes that the movie star had made. Miner also claims, however, that Greenson later destroyed the tapes — and that Miner is the only person who ever heard them.

“After hearing these tapes, any reasonable person would have to conclude that Marilyn Monroe did not kill herself,” Miner said. “She had too many plans to fulfill [and] too much to live for.”

A former coroner’s aide named Lionel Grandison was the second to claim that there was something fishy about Marilyn Monroe’s autopsy. He said that he was coerced into signing Monroe’s death certificate, that she was murdered, and that she’d had a diary that described a plot to kill Fidel Castro, and several such attempts were allegedly made under JFK’s presidency.

However, neither Miner nor Grandison were considered especially credible witnesses. Grandison was later fired for stealing a credit card from a corpse, and Miner faced accusations of inventing the Marilyn Monroe tapes for money. In addition, Noguchi denied that the barbiturates would have left a yellow dye in Monroe’s stomach at all. 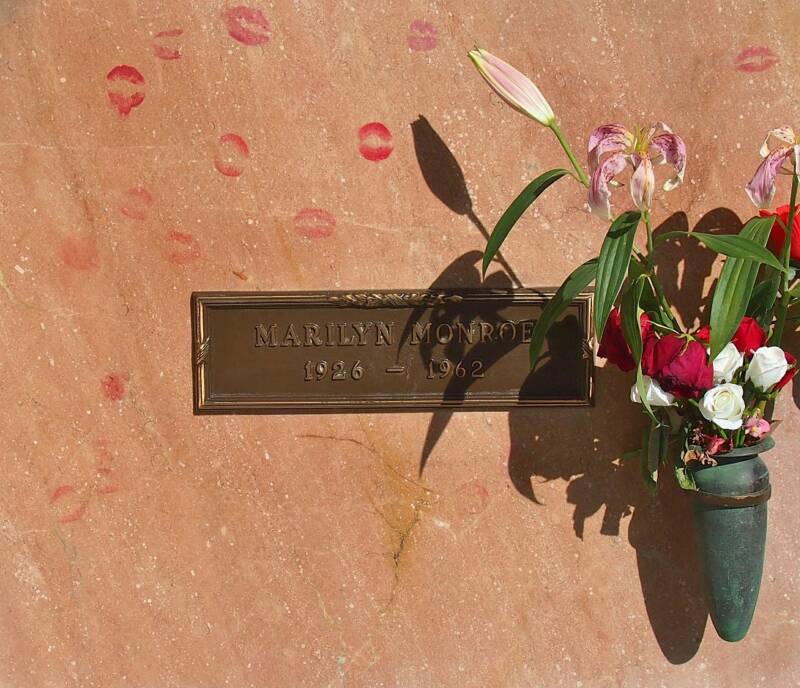 Indeed, a reexamination of Monroe’s death in 1982 came to the same conclusions as in 1962.

“Based on the evidence available to us, it appears that her death could have been a suicide or a result of an accidental drug overdose,” stated District Attorney John Van de Kamp at the time.

The 1982 report went on to say that killing Marilyn Monroe would have required “a massive, inplace conspiracy” and that they “uncovered no credible evidence supporting a murder theory.”

In the end, Marilyn Monroe’s autopsy — like so much of her life — became an object of fascination. But ultimately, all that report really does is distill Monroe down to facts and figures. It captures nothing of her on-screen brilliance, her bubbly personality, or the deeply human insecurities she struggled with all her life.