After the Persians invaded her lands around 530 B.C.E., Queen Tomyris vowed to give their king his fill of blood. And she kept that promise. 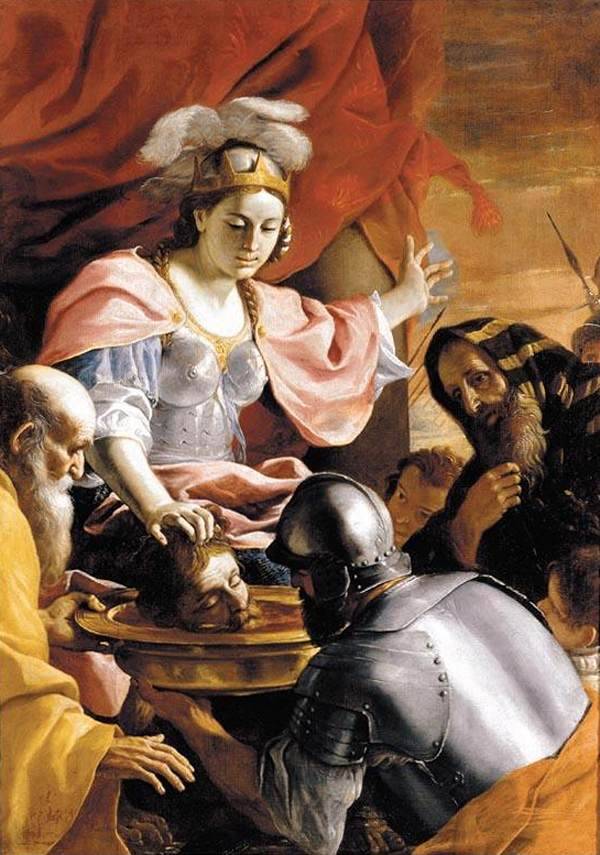 Mattia Preti/Wikimedia CommonsQueen Tomyris, the warrior queen of the Massagetae.

It was a clash between ancient rulers that reverberated through history. In 530 B.C.E., a warrior queen met the king of Persia in battle. And only one walked away.

By any measure, the Persians should have won. Their king, Cyrus the Great, brought an army of 200,000 soldiers to conquer the steppe lands north of their empire.

The grasslands were home to the Massagetae, a nomadic people known for their horsemanship. And in 530 B.C.E., Queen Tomyris ruled over the Massagetae. A warrior queen known for her fierceness, Tomyris was intensely protective of her family and her people.

Cyrus assumed the Massagetae and their queen would be an easy conquest. But his attempt to defeat Queen Tomyris ended brutally.

The Warrior Queen Of The Massagetae

The Persian Empire stretched from the Mediterranean Sea in the east to the Indus River in the west. It was one of the mightiest empires in the world, and the Persian army could outmatch any rival. In contrast, the kingdom of the Massagetae was much smaller.

In the sixth century B.C.E., Queen Tomyris ruled the land north of Persia and east of the Caspian Sea. The Massagetae were a nomadic people who lived in the steppes of Central Asia. Massagetae women rode horses, fought in battle, and ruled. 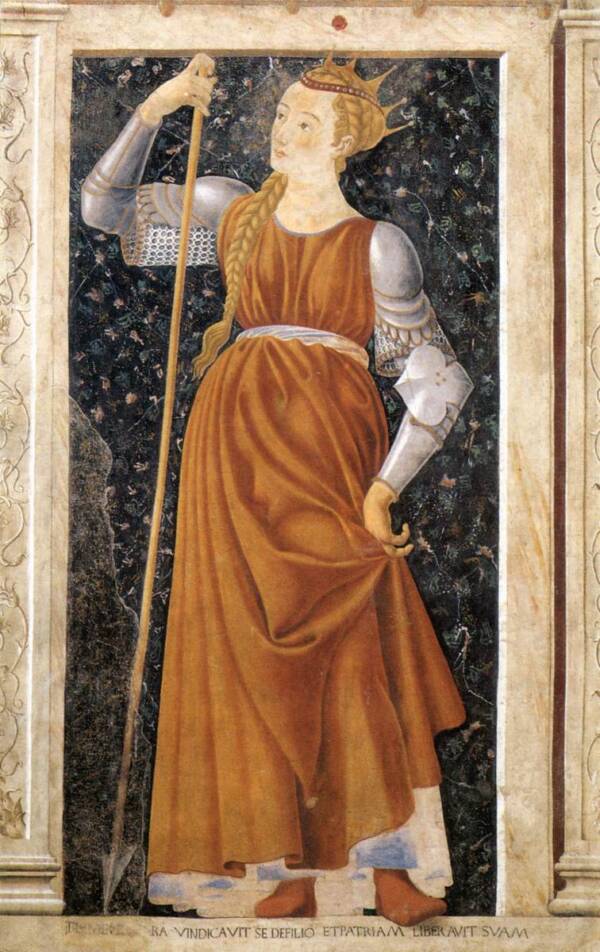 “They fight both on horseback and on foot,” the Greek historian Herodotus wrote of the Massagetae in his Histories. “They use bows and lances, but their favorite weapon is the battle-axe.”

Cyrus the Great, ruler of Persia, expanded the boundaries of his empire by conquering the Babylonians. Then he turned his attention north, to the Massagetae.

There was just one problem: Queen Tomyris refused to bend the knee to the Persians.

Tomyris ruled the Massagetae after her husband’s death. Together with her son, Spargapises, the warrior queen defended her territory.

Before sending his armies north, Cyrus tried a diplomatic solution: he sent ambassadors to Queen Tomyris asking if she would become his wife.

The plan was a ruse to seize control. Tomyris saw through it — as Herodotus says, she was “aware that it was her kingdom, and not herself, that he courted.” She rejected the proposal and told Cyrus to focus on ruling his own lands rather than trying to take hers.

Queen Tomyris Versus Cyrus The Great

With the Persian army on her borders, Queen Tomyris sent Cyrus a warning. If he did not retreat, the Massagetae would attack in three days.

When those three days had passed, the Persians tricked the Massagetae. That trick would lead to Cyrus’ downfall.

The Persians came up with a clever idea. Camped on one side of the river dividing Persia from Massagetae territory, their army pretended to retreat. When the Massagetae advanced, they found an abandoned camp stocked with wine. 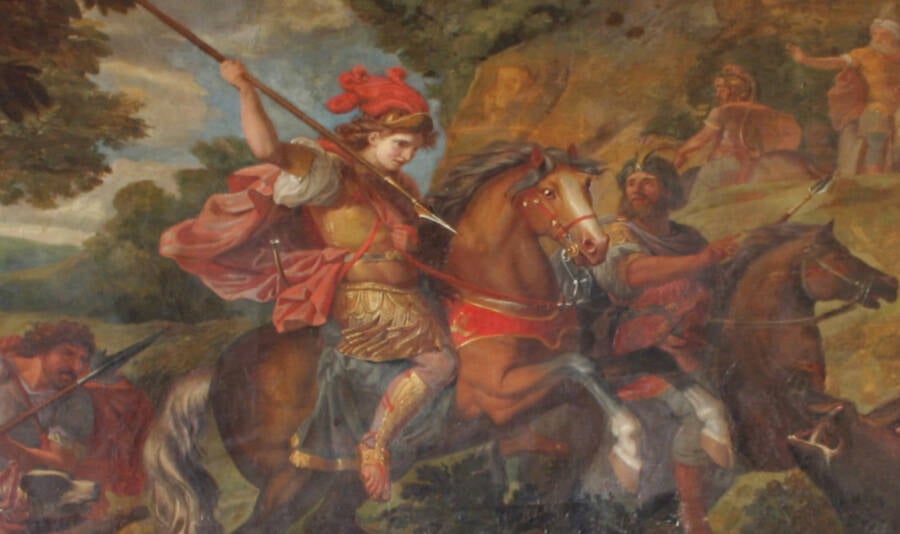 The nomadic horsemen weren’t used to wine — they did not grow grapes or ferment them. As Herodotus explained, the Massagetae primarily drank milk.

Shamed by his capture, Spargapises pleaded with Cyrus for permission to end his own life. With Cyrus’ consent, Tomyris’ son killed himself.

As detailed in Deborah Levine Gera’s book Judith, Tomyris blamed Cyrus for her son’s death. She sent the king a message vowing to kill him. “You bloodthirsty Cyrus,” Tomyris raved, “pride not yourself on this poor success. It was the grape juice — which, when you drink it, makes you so mad… it was this poison by which you ensnared my child, and so overcame him, not in fair open fight.”

“Restore my son to me,” Tomyris demanded. “Refuse, and I swear by the sun, the sovereign lord of the Massagetae, bloodthirsty as you are, I will give you your fill of blood.”

Tomyris blamed Cyrus for her son’s death. And she demanded vengeance.

“I will give you your fill of blood,” Tomyris had vowed. When the Persian king ignored her, Tomyris raised her army. And then she attacked Persia. 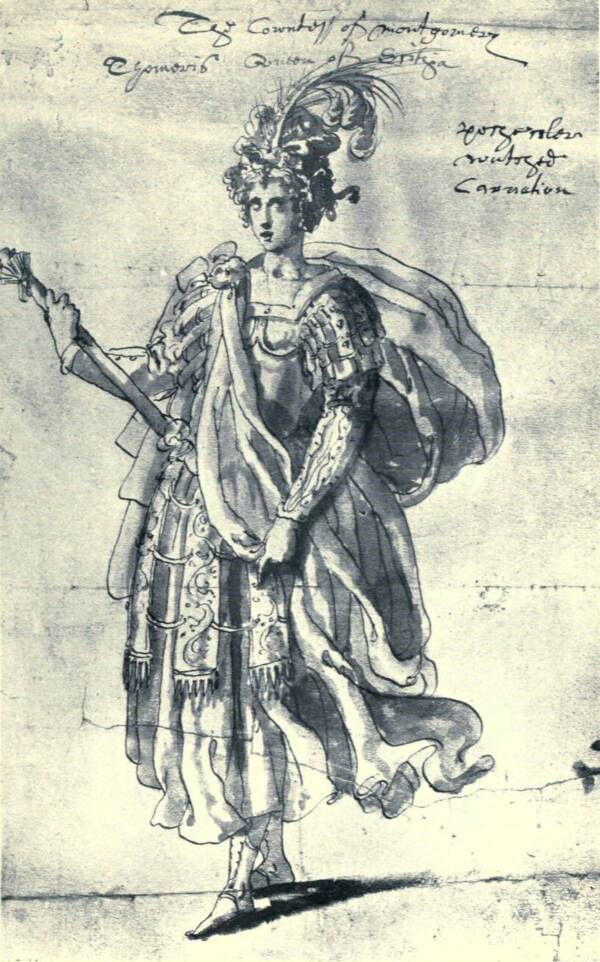 Ben Jonson’s “The Masque of Queens” celebrated Tomyris as a warrior queen.

The Massagetae faced off against the Persians in what Herodotus called the fiercest battle between non-Greeks. The enemies fought in close combat with lances and daggers, with neither side yielding.

Cyrus assumed the Massagetae would be easy to defeat. After all, the Persians outnumbered their fighters and boasted a much larger empire. But the fierceness of Tomyris — and her vow to slay Cyrus — gave the Massagetae an edge.

During the battle, Cyrus fell. In the aftermath, Queen Tomyris had her army search for the king’s body among those of the fallen Persians. When they brought it to her, she cut off his head and thrust it in a vat filled with human blood. 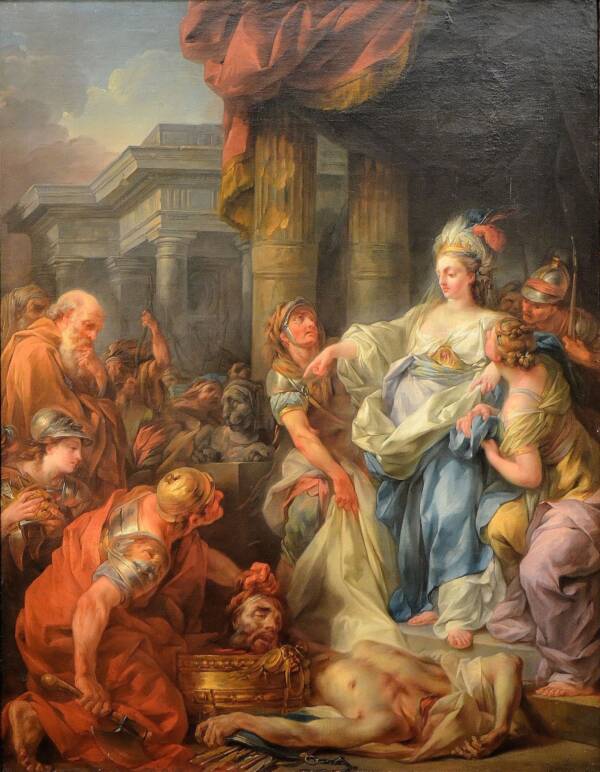 “I live and have conquered you in fight,” Tomyris declared, “and yet by you am I ruined, for you took my son with guile.”

Tomyris shoved the decapitated head into the blood. “Thus I make good my threat, and give you your fill of blood.” 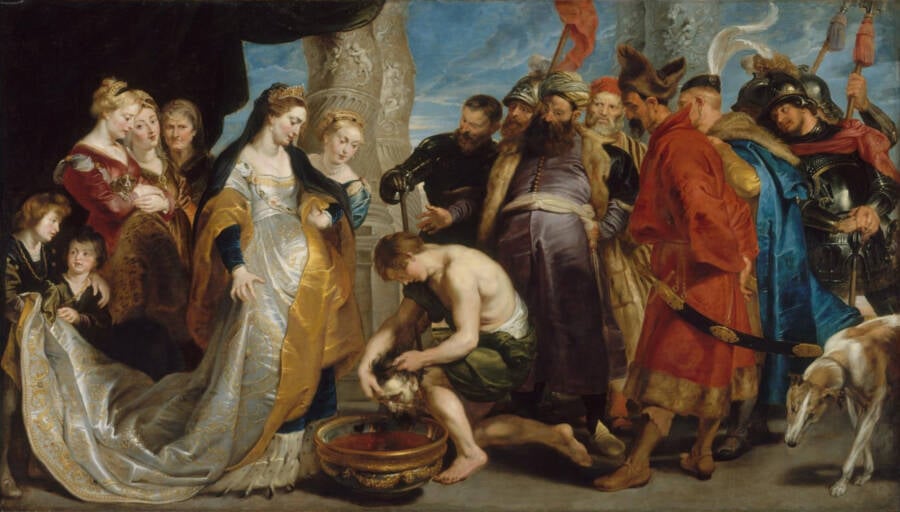 The story of Tomyris lived on long after the time of the Massagetae. Medieval artists drew the warrior queen beheading her foe. And Renaissance artists reenacted Tomyris’ punishment of Cyrus’ corpse.

But did Tomyris truly kill Cyrus the Great in such a brutal manner? Few records survive from the final years of Cyrus’ reign. Herodotus, writing in the century after Cyrus’ death, claimed the story of Tomyris slaying the king had more evidence than any other explanation for the ruler’s death.

What happened to Tomyris after pushing back the Persians? History does not record the next chapter in Tomyris’ life. Medieval writers claim the Massagetae evolved into the Huns who invaded Europe on horseback.

Although Tomyris vanished from historical records, her reputation for fierceness and brutality has lasted for thousands of years.

Tomyris was one of many fierce warrior women in the ancient world. Next, read about the conqueror Queen Zenobia, and then learn more about the myth of the Amazon women.