The Savage Works Of Artemisia Gentileschi, The Painter Who Got Revenge On Her Rapist Through Her Art

As one of the most daring artists of the Baroque era, Italian painter Artemisia Gentileschi didn’t stick to “feminine” topics in her work. She refused to take the submissive, docile position expected of a woman in her era. Instead, her paintings lashed out at the world around her with violence and anger fueled by her rage at living in a society that set rapists free — including her own.

After she was raped by her teacher at 18 and he was set free following a brutal trial in 1612, Artemisia Gentileschi spent her career channeling her anguish and rage into her work, producing some of the most striking — and violent — art in history.

How Artemisia Gentileschi Entered The World Of Painting

Born on July 8, 1593, Artemisia Gentileschi trained as an artist with her father, Orazio. As a child growing up in Rome, Gentileschi watched the famous artist Caravaggio pioneer his distinctive style, mixing dramatic shadows with light. Caravaggio was a family friend of the Gentileschi family, often stopping by their house to check in on the young artist and her father.

In 1612, Artemisia’s father declared that his daughter had “become so skilled that I can venture to say that today she has no peer.” 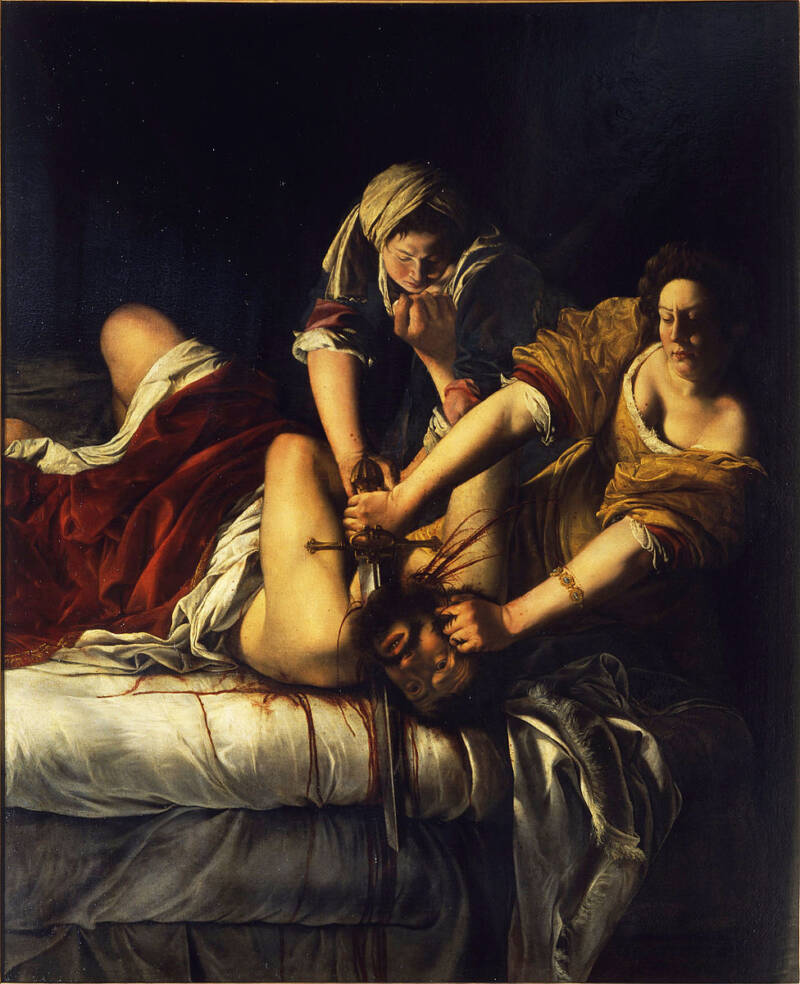 That same year, Orazio hired an artist named Agostino Tassi to give Artemisia lessons. Instead, Tassi raped the teenage girl.

The Horror Of Her Rape – And The Trial That Followed

When she was 18, Agostino Tassi raped Artemisia Gentileschi.

“He then threw me on to the edge of the bed, pushing me with a hand on my breast, and he put a knee between my thighs to prevent me from closing them,” Gentileschi testified during a seven-month trial. “Lifting my clothes, he placed a hand with a handkerchief on my mouth to keep me from screaming.”

In court, Gentileschi recounted the horrific details of Tassi’s assault. “I scratched his face and pulled his hair and, before he penetrated me again, I grasped his penis so tight that I even removed a piece of flesh.”

After the rape, Gentileschi ran to grab a knife, shouting, “I’d like to kill you with this knife because you have dishonored me.” She threw the knife at Tassi, who dodged. “Otherwise I might have killed him,” Gentileschi told the court. 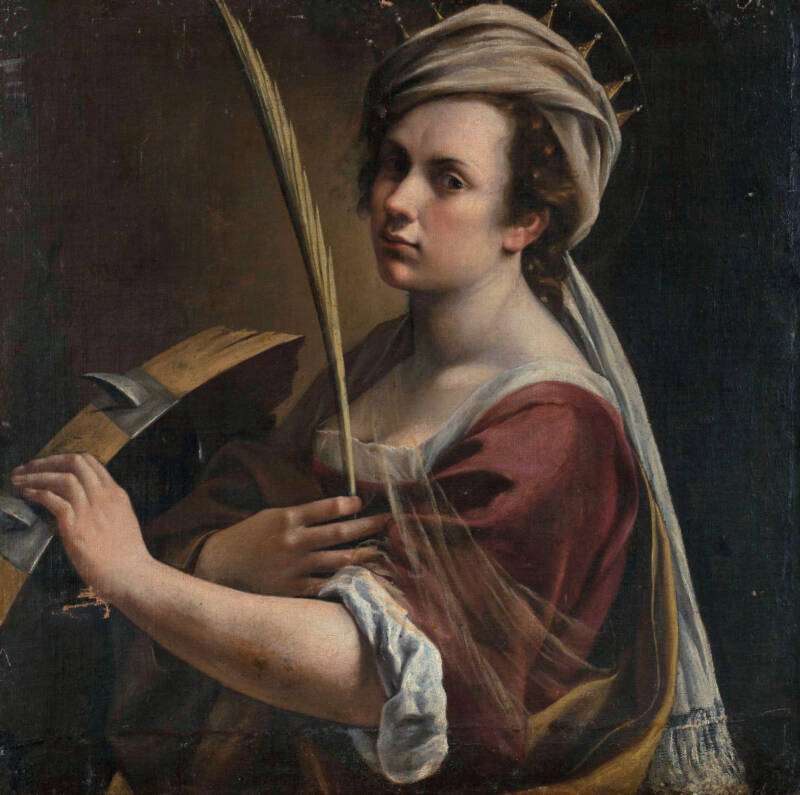 Artemisia Gentileschi/National GalleryGentileschi painted herself as St. Catherine of Alexandria in this 1616 painting.

Tassi, in his defense, called the teenage artist “an insatiable whore.”

No one considered torturing Tassi.

At the end of the trial, he was set free thanks to a powerful friend: the pope. “Tassi is the only one of these artists who has never disappointed me,” said Pope Innocent X.

How Artemisia Gentileschi Channeled Her Rage Onto The Canvas

Artemisia Gentileschi didn’t give up after seeing her rapist walk free.

“You will find the spirit of Caesar in this soul of a woman,” she wrote to a patron. And she devoted the rest of her career to painting strong women.

After the trial, Gentileschi left Rome behind for Florence. There, she started her own studio and began painting the Biblical story of Judith and Holofernes. In the story, a young widow sneaks into the warlord’s tent. After plying him with wine, Judith beheads Holofernes. 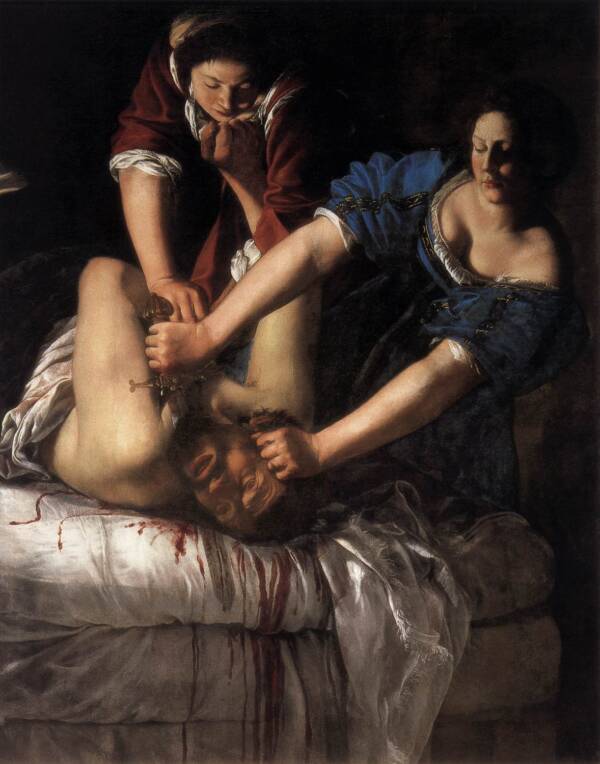 Gentileschi was not the first to paint the scene – but she was the first to imbue it with violence, splattering the canvas with blood.

Unlike Caravaggio’s Judith and Holofernes, where Judith seems reluctant, Gentileschi’s Judith puts her muscle into the assassination. Her maidservant holds the general down, immobilizing him as Judith saws through his neck. Holofernes watches on, helpless, as blood sprays.

In Susanna and the Elders, Artemisia Gentileschi’s first painting, completed two years before the rape trial, Gentileschi emphasizes the distress of a young woman preyed upon by older men. Gone was the flirtatious Susanna shown by earlier artists, replaced by a woman traumatized by male violence. 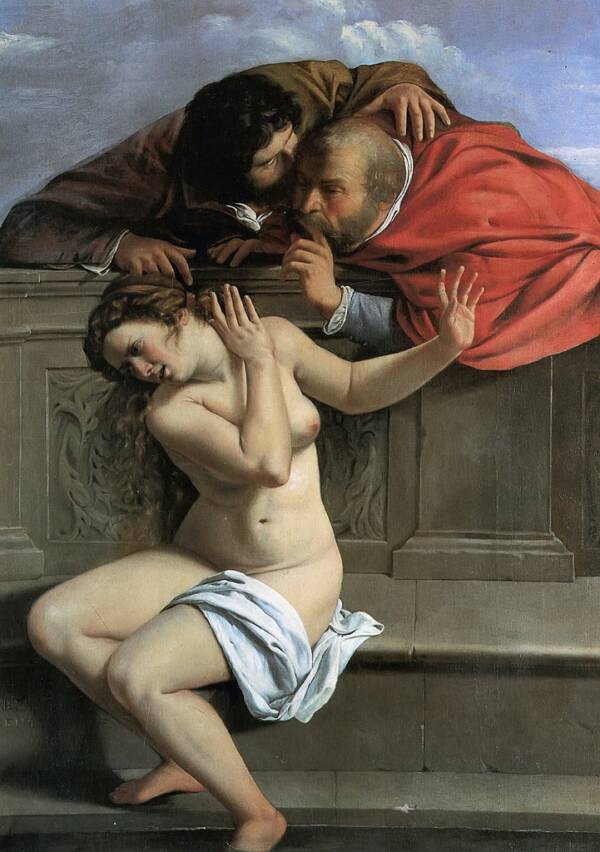 As art historian Mary Garrard describes it, “the expressive core of Gentileschi’s painting is the heroine’s plight, not the villains’ anticipated pleasure.”

After her rape, Gentileschi’s heroines fought back.

Throughout her career, Artemisia Gentileschi centered her art on women – including Cleopatra, Mary Magdalene, and the Virgin Mary. Gentileschi also painted self-portraits, depicting herself as a powerful, self-assured artist. 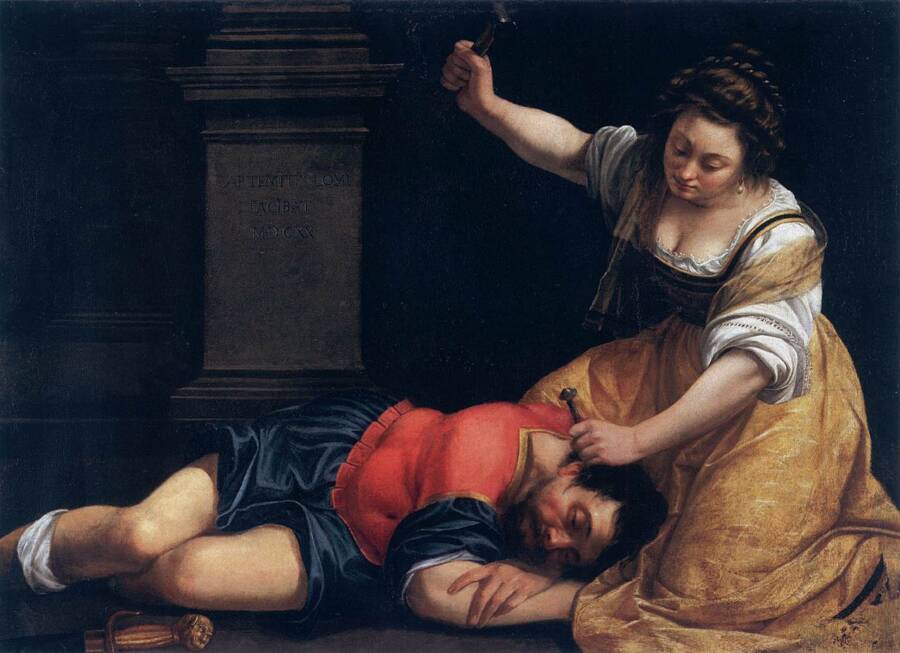 In the 17th century, Artemisia Gentileschi became the most famous female artist in Europe. The Accademia del Disegno, Florence’s most prestigious academy for artists, admitted Gentileschi as its first female member in 1616. She joined an illustrious society that included Michelangelo and Benvenuto Cellini. 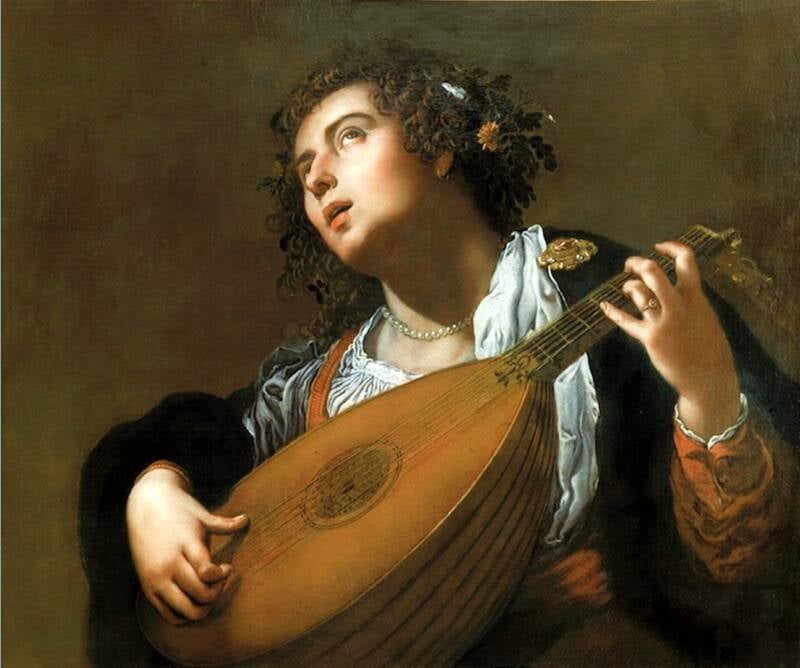 Membership in the academy was more than an honor – it meant Gentileschi could buy supplies without needing a man’s permission and sign contracts with patrons in her own name. The Accademia gave Gentileschi what she most desired: power over her own life. For the rest of her career, Gentileschi lived independently and raised two daughters, who both became painters.

In 1639, King Charles I of England invited her to London, where she painted her Self-Portrait as the Allegory of Painting. Armed with a paintbrush, Gentileschi depicts herself as a powerful figure. 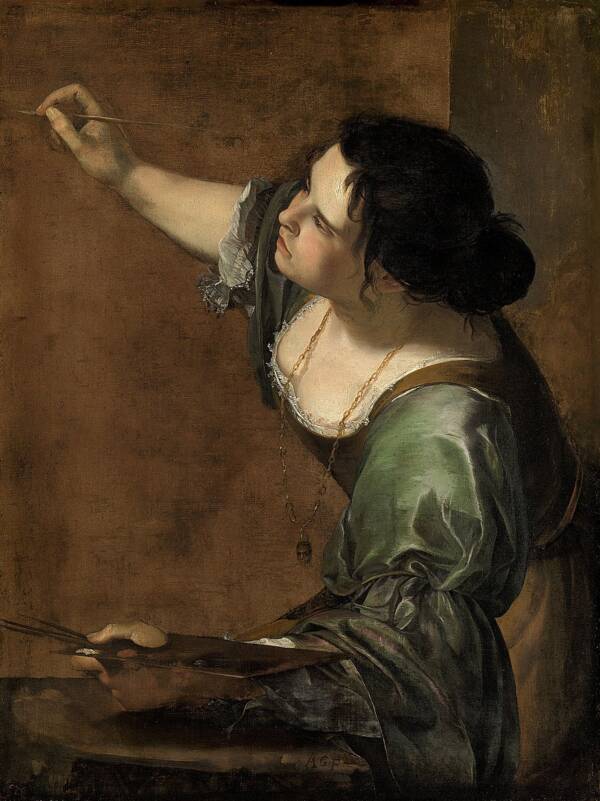 Here, too, Gentileschi made a significant change from the standard allegorical depiction of women. A 16th-century iconology book set the standard as “a beautiful woman… with arched eyebrows that show imaginative thought, the mouth covered with a cloth tied behind her ears.”

Gentileschi removed the cloth, a sign of her own refusal to remain silent as an artist.

After her death, the artist’s works were largely ignored and even attributed to other male artists. Yet Artemisia Gentileschi’s power transcends the centuries and speaks as loudly today as it first did some 400 years ago.

Next, learn more about the artists of the Baroque period and then read about how women used art to help them gain the right to vote.