Meet Zenobia — The Warrior Queen Of The Middle East

In 267 A.D., Zenobia took over the Palmyrene Empire as the queen regent. Just a few years later, she had Egypt, Asia Minor, and the Levant under her control. 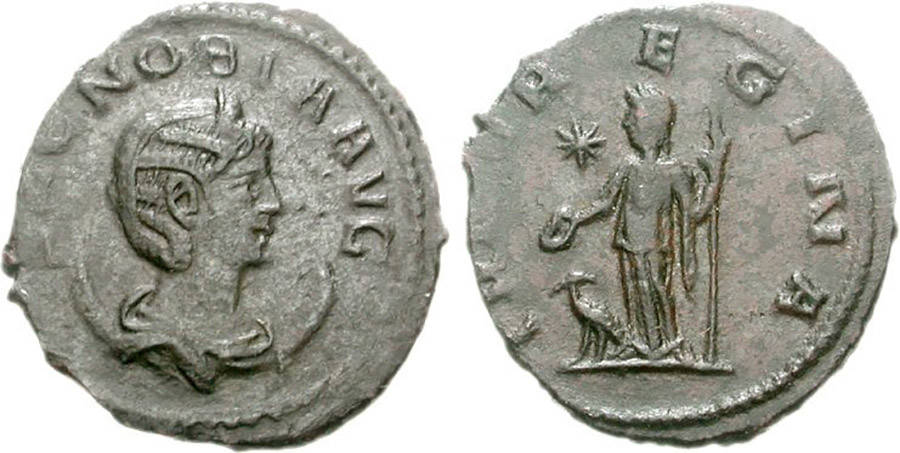 Zenobia was the Queen of the Palmyrene Empire from 267 to 272 A.D. Under her rule, Palmyra expanded from modern Syria all the way from Iraq through Turkey and into Egypt.

Although not much is known of Zenobia’s ancestry, she was likely of noble descent, and may have even been a descendant of Cleopatra. She was married to Odaenathus, the king of the Palmyrene Empire, and she bore him a son named Vaballathus.

How Did Queen Zenobia Become So Powerful? 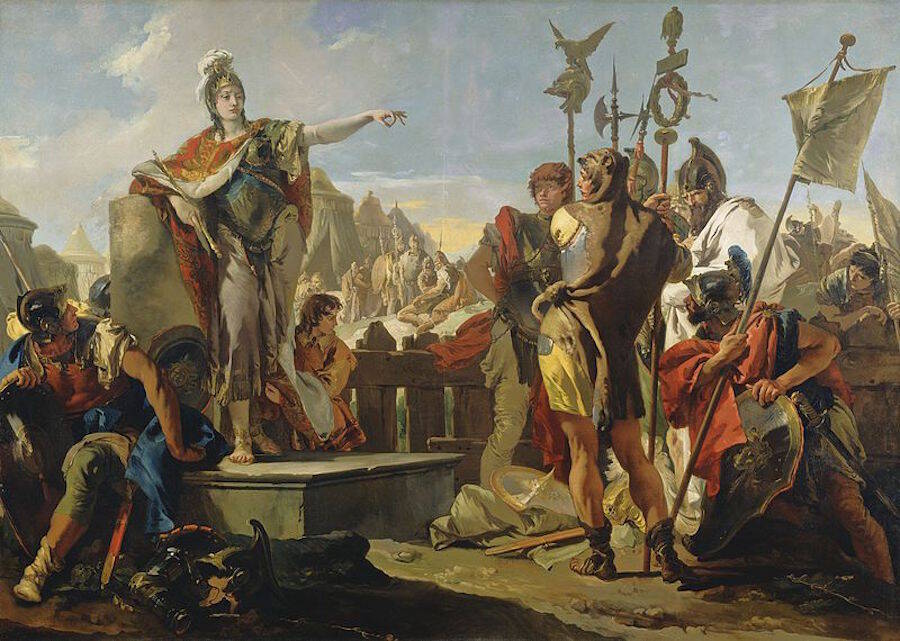 Back then, Palmyra was subordinate to the Roman Empire. Under Odaenathus’s rule, the relationship between the two states remained friendly. Palmyra served as a border between the Roman Empire and the Persian Empire. However, the Sassanid Persians had been causing a good deal of trouble for the Romans, as they had access to Eastern trade borders in and out of Rome.

In 260 A.D., the Roman emperor Valerian attempted to march against the Sassanids but was defeated. Following his defeat, Odaenathus went to battle against the Persians and was successfully able to drive them out of Syria and across the Euphrates River.

This act greatly benefitted the Romans and served the strengthened ties between the two empires. The Romans made Odaenathus the governor of the Eastern part of the Roman Empire. Odaenathus later styled himself king of Palmyra and even “king of kings.”

The glory days of Odaenathus didn’t last long. In 267 A.D., Odaenathus and his first son were both murdered by a relative named Maeonius. After his death, Zenobia’s son, Vaballathus, inherited the throne.

But at the time of his father’s death, Vaballathus was still a child. So Zenobia took control, ruling the Palmyrene Empire as regent. 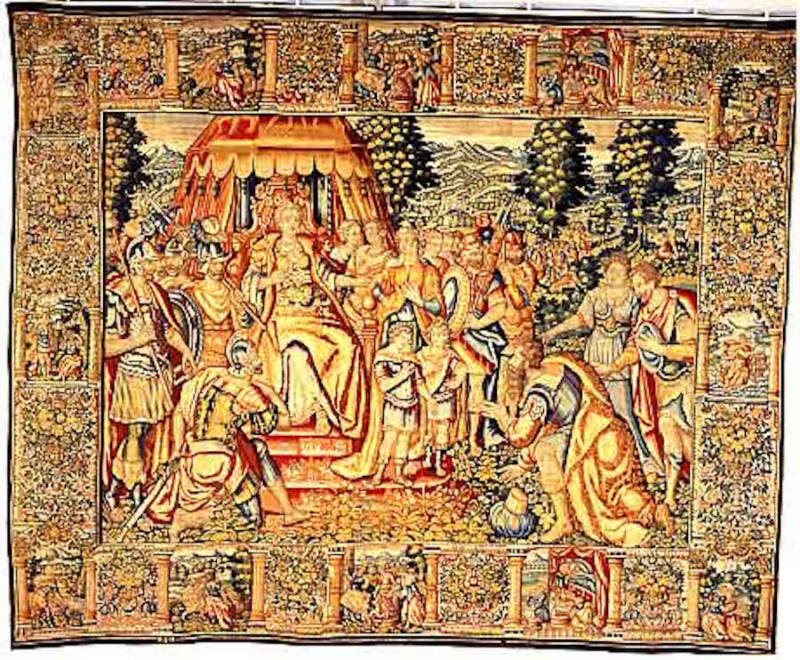 Wikimedia CommonsArtwork suggesting that Zenobia sentenced her husband’s killer to death. (It’s not been proven this happened.)

At the beginning of her rule, she followed in her husband’s footsteps, working along with Rome’s interests. However, the Roman Empire was undergoing its Imperial Crisis, and internal conflicts prevented the Empire from maintaining control far beyond the borders of Rome.

With the center of Rome crumbling, Zenobia turned her focus to expanding her own empire. In 269 A.D., she focused on strengthening her own military and concentrating her power in the East. In 270 A.D., she broke off friendly relations with Rome and began taking over their lands.

She began by annexing Egypt in 270 A.D., defeating the Roman army led by Probus, admiral to Emperor Claudius II Gothicus. With her hold on Egypt secured, she turned her attention to securing Asia Minor and Phoenicia. She also focused on establishing diplomatic ties and negotiating trade agreements with neighboring lands to further strengthen her empire.

As you might imagine, historians of the time had quite a bit to say about this powerful female royal. According to the book The Roman Eastern Frontier and the Persian Wars AD 226-363, a variety of sources recorded their thoughts on Zenobia:

“Her face was dark and of a swarthy hue, her eyes were black and powerful beyond the usual wont, her spirit divinely great, and her beauty incredible. So white were her teeth that many thought that she had pearls in place of teeth … Her voice was clear and like that of a man. Her sternness, when necessity demanded, was that of a tyrant, her clemency, when her sense of right called for it, that of a good emperor … She hunted with the eagerness of a Spaniard. She often drank with her generals, though at other times she refrained, and she drank, too, with the Persians and the Armenians, but only for the purpose of getting the better of them.”

Using her power in a variety of ways must have been key to Queen Zenobia’s success. And she saw plenty of that for years.

With Egypt, Asia Minor, and the Levant under her control by 271, she broke all ties from Rome, declaring Palmyra an independent empire and herself its Empress.

In 271 A.D., the Roman emperor Aurelian set out on a campaign to defeat Zenobia and reclaim the lands now under her rule. Bringing his strongest forces, the two clashed at the Battle of Immae in the city of Daphne in 272 A.D. 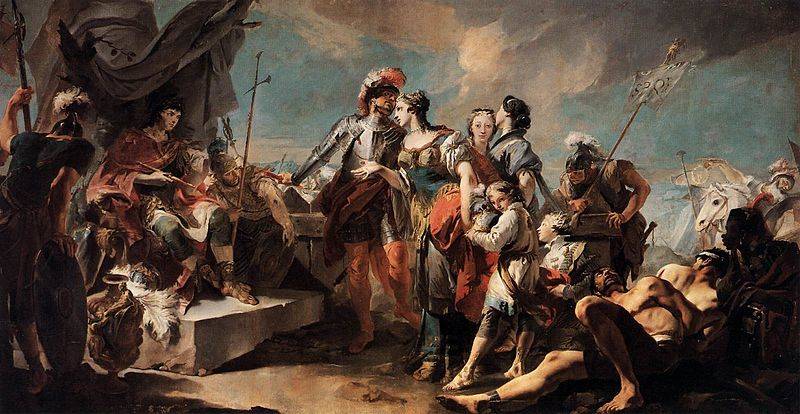 Aurelian’s military overpowered Zenobia’s forces and she retreated to the city of Emesa to regain supplies and manpower. There, the two armies clashed again, with Aurelian again emerging victorious.

So how did the powerful queen’s unstoppable soldiers get crushed just like that?

Experts think a few different factors may have played a role in Aurelian’s victory. For instance, his soldiers were said to be lightly armored, as opposed to Zenobia’s men who wore very heavy armor. Perhaps the hefty layers the queen’s soldiers had on tired them out while pursuing enemies before they could actually fight them.

Additionally, the element of surprise on Aurelian’s part could have certainly worked in his favor. While Zenobia’s soldiers had been prepared to charge at enemies on the terrain where they were based, they probably weren’t expecting another cavalry to use their own terrain against them.

With no other place to seek refuge, Zenobia fled back to Palmyra to regroup and shore up its defenses in preparation for another attack.

What Happened to Queen Zenobia?

Upon entering Palmyra, Aurelian laid siege to the city. Queen Zenobia attempted to flee towards Persia but was caught and brought back to Aurelian. There are several differing accounts of what happened following Zenobia’s capture. 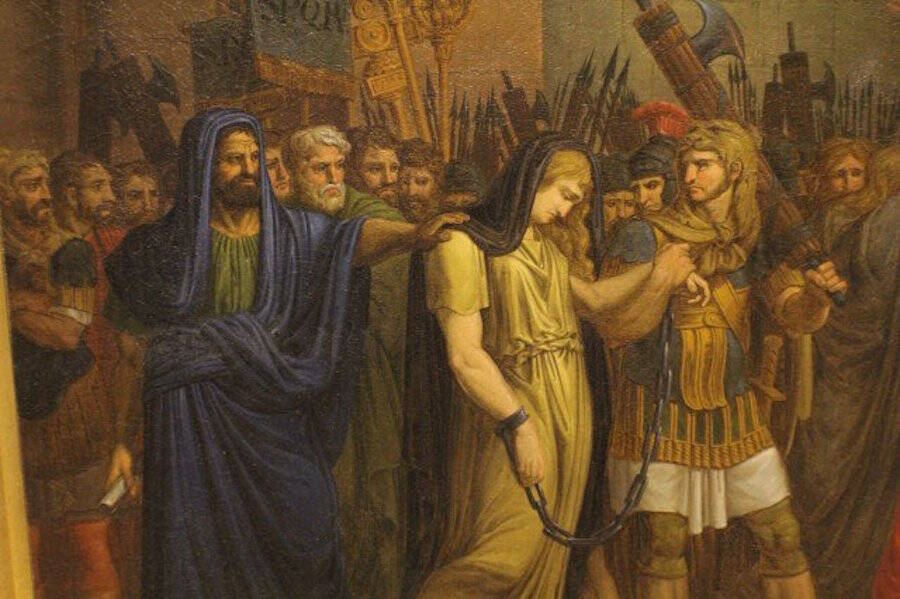 Some accounts claim she was brought back to Rome and paraded through the streets in chains in Aurelian’s celebration of triumph. Others say that she never made it to Rome at all, having either starved or poisoned herself on the journey back.

But most reliable sources agree that she eventually married a wealthy Roman man and lived out the rest of her life in a comfortable villa by the Tiber River.

However her final days may have played out, Zenobia is still remembered today as one of history’s most powerful queens. 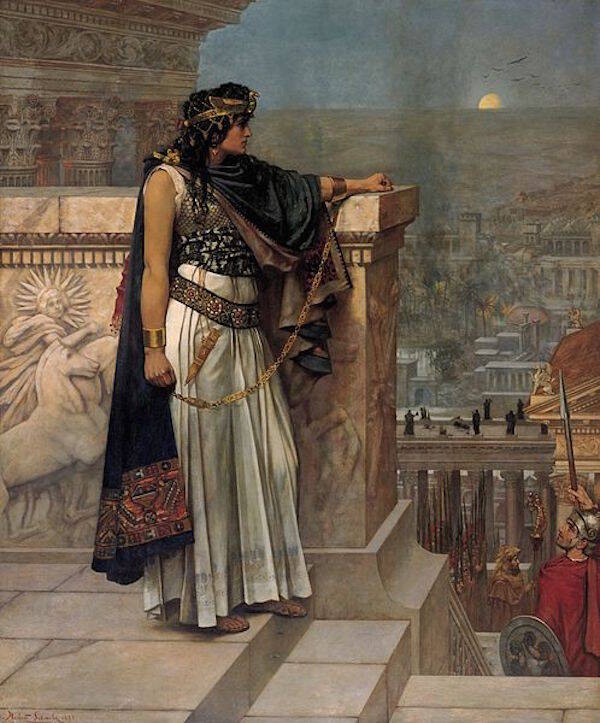 After reading about Zenobia, learn about Ching Shih, a Chinese prostitute who turned into the most powerful pirate ever. Then read about the Shieldmaidens, the women warriors of the Vikings.