The Short, Tragic Romance Of Sid Vicious And Nancy Spungen

Nancy Spungen was a groupie with an abrasive attitude and a raging drug habit that showed just how dangerous the lifestyle could turn out to be.

In the early hours of October 12, 1978, residents of the Chelsea Hotel in Manhattan heard sounds coming from the room of Sex Pistols’ bassist Sid Vicious. Given the clientele at the Chelsea Hotel in the 70s, screams, moans, and cries were hardly unusual. These cries, however, were out of the ordinary, which the hotel’s residents would realize the next morning when the body of Nancy Spungen was rolled out of the hotel in a body bag.

Before her untimely demise, Nancy Spungen was a pretty, 17-year-old girl from Philadelphia who had just moved to the big city. She was also a groupie and a hardcore partier in the punk music scene. 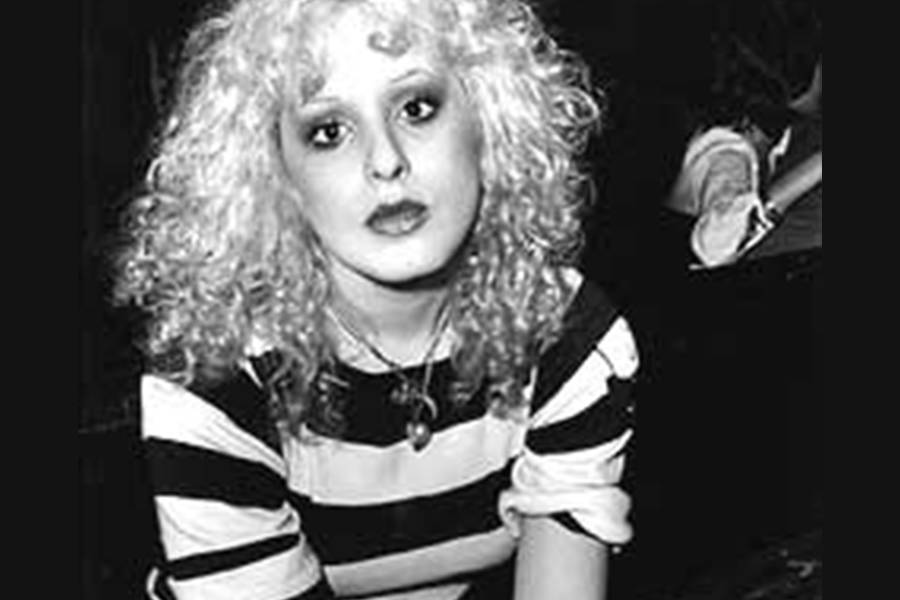 “She was blatantly honest about it: She bought drugs for the bands,” said photographer Eileen Polk, who knew Spungen in the ’70s. “In order to be a groupie you had to be tall and skinny and have fashionable clothes… And then here comes Nancy. She’s not trying to be cute or charming. She wasn’t telling people she was a model or a dancer. She had mousy brown hair and she was a bit overweight. She basically said ‘Yeah, I’m a prostitute and I don’t care.'”

Nancy Spungen was abrasive, a trait that had caused her trouble since she was a child when she was expelled from school for her mouth. Eventually, she graduated from a boarding school at just 16 and attempted higher education. After briefly attending college in Colorado, she decided schooling wasn’t for her and moved to New York.

While most of her fellow groupies were turned off by her crass exterior, Spungen didn’t care. She followed Johnny Thunders and Jerry Nolan of the Heartbreakers around New York and eventually to London. There, she began following around a newer band, known as the Sex Pistols, especially taking an interest in their bassist John Simon Ritchie — better known as Sid Vicious. 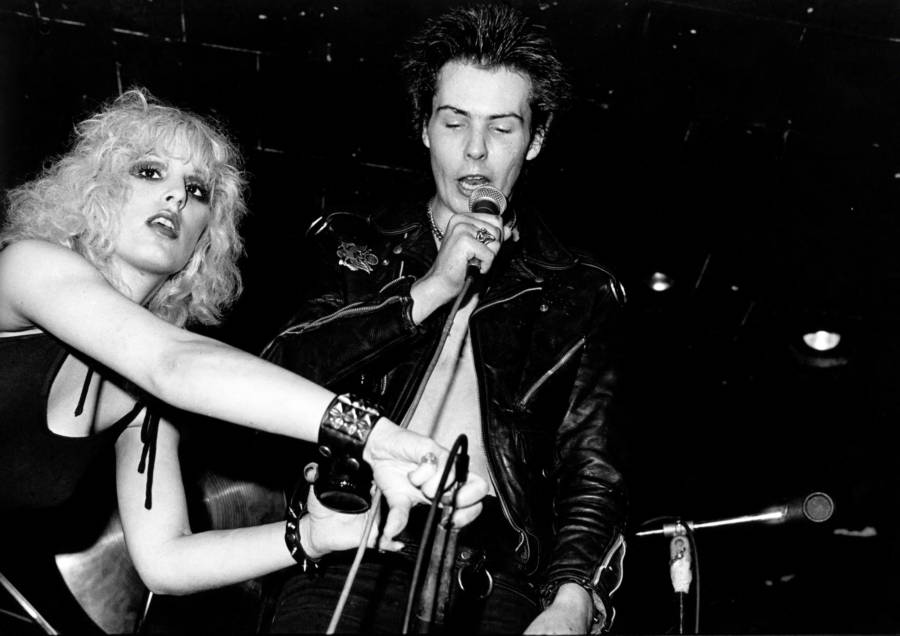 Unlike the rest of the band — who were so opposed to her they banned her from their tour — Sid Vicious found Spungen’s abrasive attitude captivating. When the two met in 1976, he instantly took a shining to her despite her reputation as a junkie and a troublemaker. From then on, the two were inseparable.

Even before meeting Nancy Spungen, Sid Vicious was a mess. The band wasn’t shy about making it known that his addiction hindered the group and that it even interrupted several of their gigs. His relationship with Spungen, if anything, exacerbated his problems. Eventually, in January of 1978, the Sex Pistols broke up, citing Vicious’ addiction and by proxy, his relationship with Spungen as one of the main reasons.

In August of the same year, Sid Vicious and Nancy Spungen moved into the Chelsea Hotel. The Chelsea Hotel was famous among artists and musicians. Figures like Bob Dylan, Janis Joplin, Iggy Pop, and Jimi Hendrix had all called it home at one point, along with painters like Jackson Pollack and Andy Warhol.

For two months the famous hotel was the couple’s hideaway, a place for them to get high and escape from the world, which they did for days and sometimes weeks at a time. Friends of the couple were worried, fearing that their drug addictions would eventually get the best of them. Then on the early hours of October 12, they did.

On the night of October 11, several friends of Vicious’ were in the couple’s hotel room and watched the bassist take copious amounts of drugs.

“Several visitors to the room saw Sid take as many as many as 30 tablets of Tuinal – a far larger dose of the barbiturate than most of us could survive, and one certain to put nearly anyone into a deep state of unconsciousness for hours, and he remained comatose for through the morning’s early hours,” wrote author Sherill Tippins in her book on the Chelsea Hotel’s most infamous residents, Inside the Dream Palace: The Life and Times of New York’s Legendary Chelsea Hotel.

Around 2:30 that morning, Spungen asked Rockets Redglare, a bodyguard/drug dealer for Vicious, for Dilaudids which is an opioid painkiller. 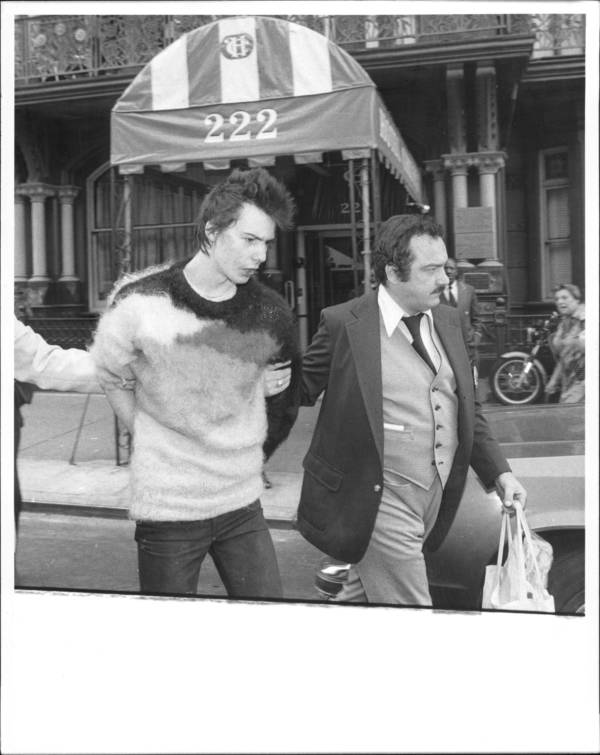 At 7:30 that morning, “female moans” were heard coming from the couple’s room.

At 10 a.m., Vicious himself called the front desk, asking for help. Hotel staff arrived to find Nancy Spungen, half-naked on the bathroom floor, stabbed in the stomach with a knife. The 20-year-old had bled to death. Sid Vicious was arrested, found wandering the halls out of his mind and charged with Spungen’s murder.

Initially, several sources reported that he confessed to the crime, which was why the police hadn’t suspected anyone else. However after the arrest, Sid Vicious recanted, claiming he had been asleep while the murder had occurred. The public, including Vicious’ friends and family, believed him.

“She was his first and only love of his life,” McLaren recalled. “I am positive about Sid’s innocence.”

Several months after Vicious was arrested, he was found dead of a heroin overdose. He had been out on bail and was partying in a Greenwich Village apartment when he was found by his mother and new girlfriend. With Vicious dead, the police dropped Nancy Spungen’s murder case. Their prime suspect was gone, and to them, it appeared pointless to pursue the case any further.

Several theories were floated around, one that Nancy Spungen’s death had been a botched double suicide, another that the bodyguard/drug-dealer had been the murderer. Neither theory was investigated, and to this day the case remains unsolved, just another one of the mysterious scandals that show just how dark the life of a teenage groupie can be.

After learning about Nancy Spungen and her tumultuous romance with Sid Vicious, check out the stories of other teen groupies, like Sable Starr and Lori Maddox.