After A 30-Year Investigation, Police Just Identified The ‘I-65 Killer’ As Harry Edward Greenwell

Harry Edward Greenwell targeted female night clerks at motels off Interstate 65 in Kentucky and Indiana in the 1980s and 1990s. 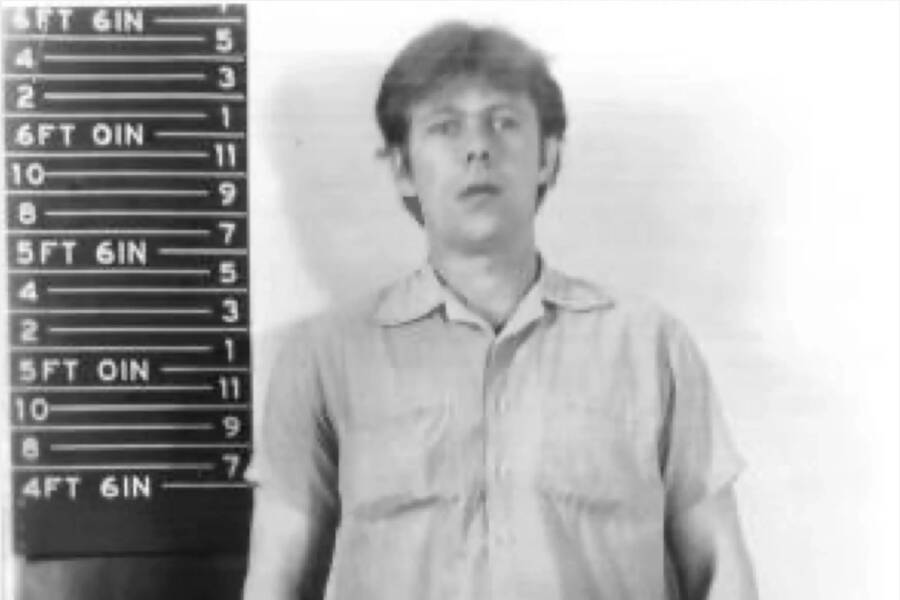 For three decades, police in Kentucky and Indiana were stumped by a spree of murders and assaults that unfolded along the I-65 corridor in the 1980s and 1990s. Now, thanks to “investigative genealogy” police have identified Harry Edward Greenwell — who died in 2013 — as the man behind three murders and one attempted murder.

“I hope that today might bring a little bit of solace to you, to know that the animal that did this is no longer on this Earth,” Douglas G. Carter, superintendent of the Indiana State Police, told the victims’ surviving relatives at a news conference, as reported by the New York Times.

In a statement released by the Indiana State Police, authorities explained that they’d tracked down Greenwell by uploading “crime scene DNA” to “one or more genetic genealogy databases.”

“Utilizing this process, a match was made to Greenwell with a close family member,” the statement explained. “Through this match it was determined that the probability of Greenwell being the person responsible for the attacks was more than 99 percent.”

The so-called “I-65” or “Days Inn” attacks took place between 1987 and 1990. On Feb. 21, 1987, 41-year-old Vicki Heath was found dead behind the Super 8 Motel in Elizabethtown, Kentucky. The recently-engaged mother of two had been sexually assaulted and shot twice in the head.

Two years later, the I-65 Killer struck again. On March 3, 1989, he shot and killed 24-year-old Margaret “Peggy” Gill at the Days Inn in Merrillville, Indiana. Just hours later, he abducted 34-year-old Jeanne Gilbert at gunpoint from the Days Inn in Remington, Indiana, and dumped her body in a ditch 15 miles away.

Both women were killed with the same .22-caliber pistol, according to the Independent. The killer also robbed the two motels, taking a total of $426. 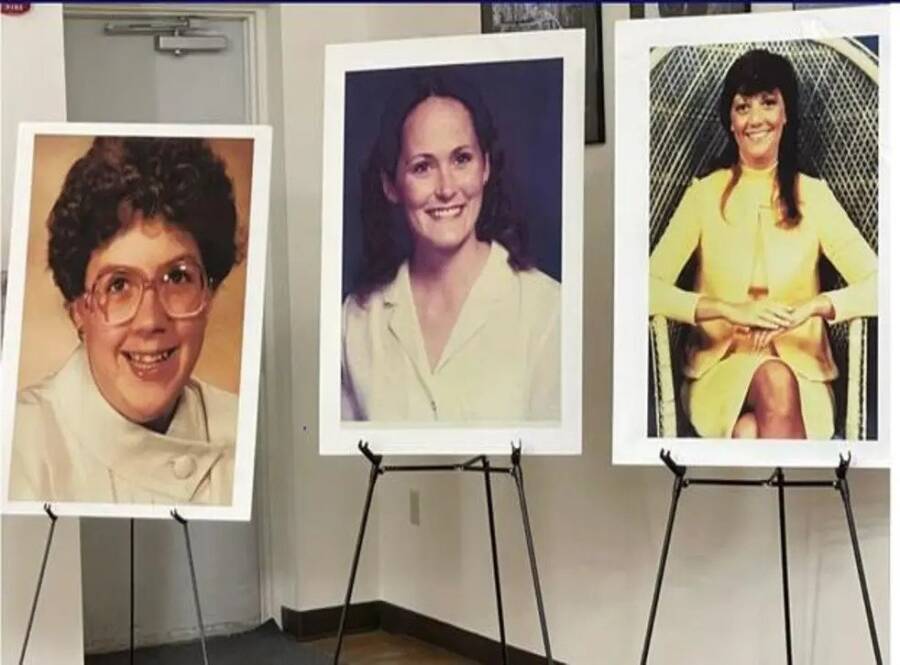 Indiana State PolicePeggy Gill, Jeanne Gilbert, and Vicki Heath were all killed by the I-65 Killer in the 1980s.

The next year, the I-65 Killer struck once more. On Jan. 2, 1990, he threw coffee in the face of an unidentified woman working as a clerk at the Days Inn in Columbus, Indiana, and then raped her at knifepoint.

This time, the woman escaped with her life. The victim told the police that her attacker had greasy gray hair and a lazy right eye, providing investigators with a sketch of the I-65 Killer for the first time. Despite this new information, the case went cold.

But investigators never gave up on it. Some detectives, Carter told reporters, had been working the case “for literally generations.”

They only had a few clues to work with, but they tried their best to make connections. According to the Indiana State Police statement, they’d connected the Gill and Gilbert murders through ballistic evidence and the Heath, Gilbert, and Jane Doe attacks through DNA evidence.

In 2019, the Indiana State Police also started working with the FBI’s Gang Response Investigative Team (GRIT). They uploaded crime scene DNA from the I-65 murders to genealogical databases and found a match to Greenwell.

“Greenwell had an extensive criminal history and had been in and out of prison several times, even escaping from jail on two separate occasions,” Indiana State Police Sergeant Glen Fifield explained at a press conference, adding that he was known to “travel frequently” in the Midwest. 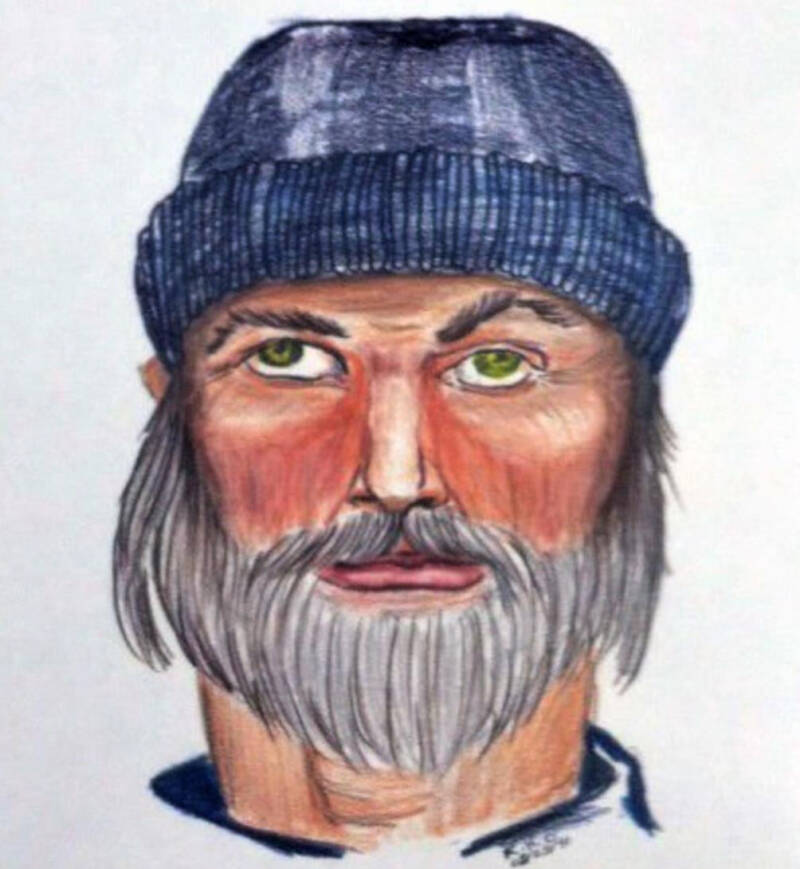 FBIA sketch of the I-65 Killer provided by a victim who survived his attack in 1990.

News of his murders, however, was likely a shock to those who had known him. Greenwell’s obituary, published after his death in 2013, described him as “a man with many friends who loved his straight-up attitude, and his willingness to help anyone.”

For his victims’ surviving relatives, though, he’s just one thing — a killer. And they’re relieved to finally know the name of the man who murdered their loved ones.

“Our family is extremely grateful to all of the agencies, along with agency partnerships, who have committed to keeping these unsolved cases at the forefront for more than 33 years, and who have worked tirelessly to bring these cases to resolution for all who have suffered from these crimes,” said Kimberly Wright, the daughter of Jeanne Gilbert.

For his part, Carter noted that cases like this one that are solved by DNA should act as a warning to other potential criminals.

“The message is: You might be able to hide for a while, but we’re going to find you, even if you’re not here,” he said.

After reading about the I-65 Killer, Harry Edward Greenwell, see how police in Las Vegas used a tiny amount of DNA to solve the murder of Stephanie Isaacson. Or, see how DNA helped solve the cold case murder of nine-year-old Marise Ann Chiverella.