Jeff Pelley, The 17-Year-Old Who Reportedly Murdered His Family In Cold Blood — Then Went To Prom Right After

Though the case against Jeff Pelley was ultimately thin with no forensic evidence, murder weapon, or witnesses to hold him responsible, Pelley was nonetheless found guilty in a trial 17 years later. 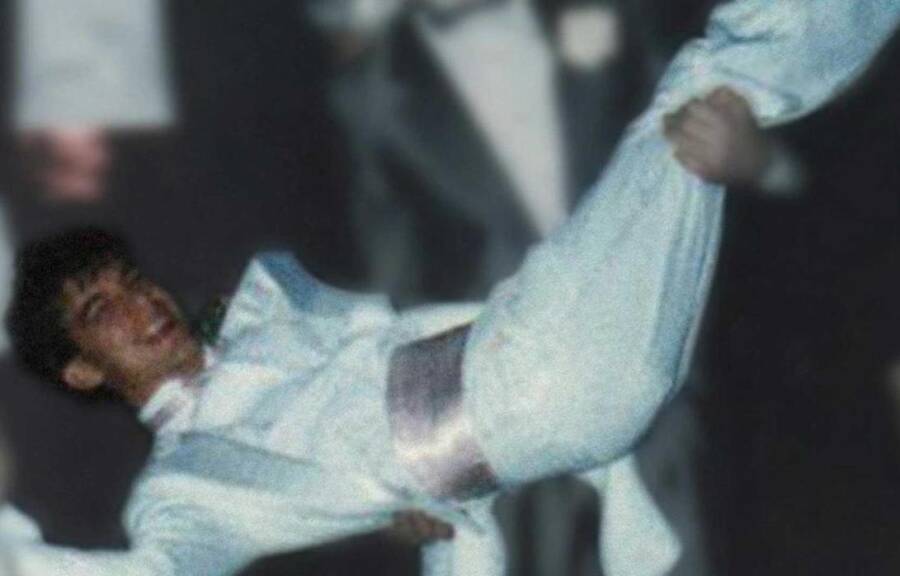 48hours/TwitterJeff Pelley at his prom following the prom night murders.

Parishioners at the Olive Branch Church waited patiently for their service to begin on April 30, 1989, but their Reverend Robert Pelley never showed. Even his family was absent from their pews. After walking next door to check on the family, churchgoers found the pastor, his wife, and their two daughters inside — lying in a pool of blood.

The Indiana State Police immediately noted that the Reverend’s supposedly troubled, 17-year-old son, Jeff Pelley was missing. The teen had been arrested for burglary mere weeks earlier and had been forbidden by his father to go to his senior prom as a result. To police, this sounded like a motive — and Jeff Pelley became their number one suspect.

When police tracked him down at an amusement park the next day, they learned he had donned his finest suit and partied carelessly with his friends at prom the evening before.

He was eventually charged with and convicted of the murders of four of his family members — but questions remain as to whether he really did it. This is his disturbing story.

The Troubled Childhood Of Jeff Pelley

Born on Dec. 10, 1971, Robert Jeffrey Pelley came from a religious stock. His father and mother Ava had met at Mount Vernon Nazarene University in Ohio in the 1960s. They were married in 1970 and had Pelley in 1971. His younger sister Jacque was born in 1976. 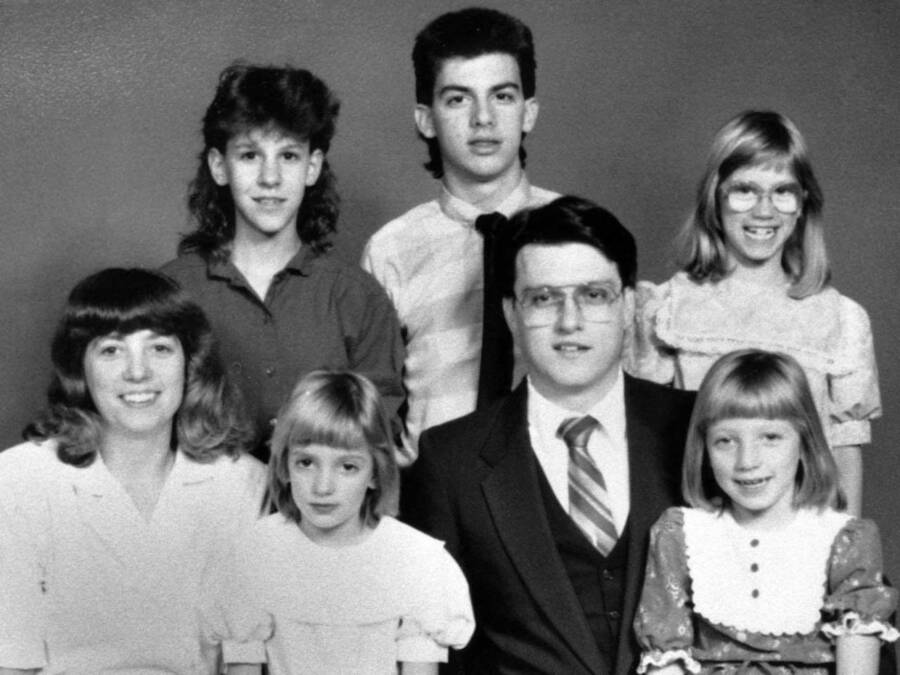 Lifetouch Church Directories and PortraitsJeff Pelley standing in the back row in a family picture.

While his father’s primary focus was his faith, the man landed a lucrative computer programming job in 1980. The opportunity had taken them to Cape Coral, Florida, where Ava Pelley was diagnosed with skin cancer in 1984. She died the following February after refusing treatment.

Within months, Robert Pelley met Dawn Huber. The 27-year-old had recently lost a spouse herself, and the two widowers quickly fell in love. They married so fast in November 1985 that Jeff and Jacque consequently met their new stepsisters afterward.

Blending with Huber’s three daughters — five-year-old Jessica, four-year-old Janel, and two-year-old Jolene — the newly-formed Pelley clan moved to Lakeville, Indiana, in 1986. While Robert Pelley led a congregation of up to 50 parishioners at the Olive Branch Church, things at home were less peaceful.

“I know there was … a lot of angst in that family between him and his dad — between bob and Jeff,” recalled Indiana State Police Detective Mark Senter. “I know a situation where Bob punched him one time. I think the neighbors saw a lot of that same thing as well.”

Nonetheless, the Pelley family lived quietly in the parsonage next door to the church until early 1989 when Jeff Pelley was arrested for stealing CDs and cash from a local home. Senter himself had worked the case. 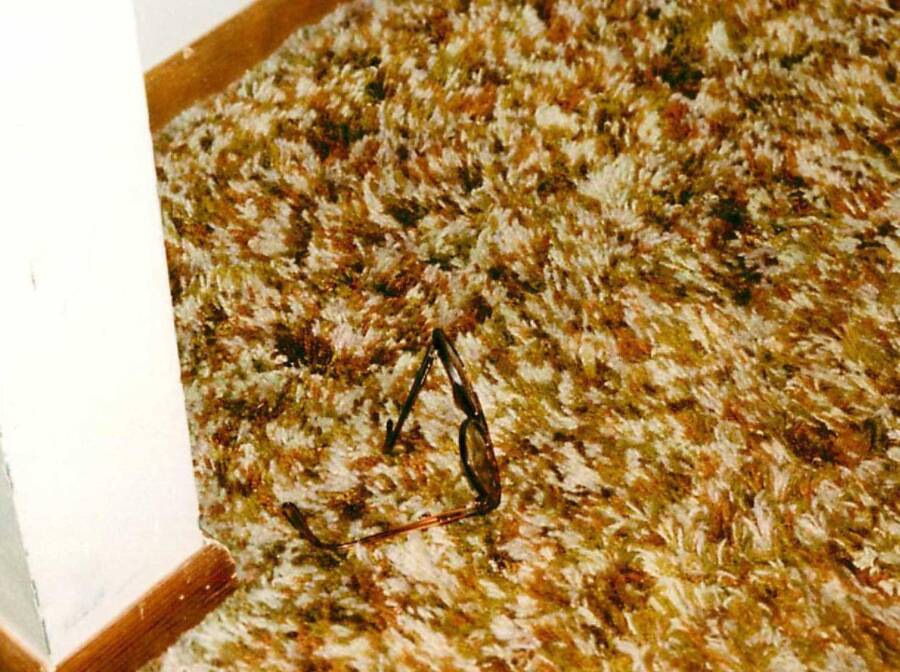 Indiana Court of AppealsReverend Pelley’s glasses at the scene of the prom night murders.

“Bob Pelley grounded Jeff for the burglary case,” said Senter. This was a big deal to Pelley, whose prom was a two-day affair that included the traditional dance on Saturday, April 29, and a school-sponsored outing to the Great America amusement park on Sunday, April 30.

Senter theorized that Pelley was “crushed” when his father barred him from attending — and thus violently lashed out in response. Senter claimed Jeff Pelley only attended the prom after shooting his father, stepmom, and two of his stepsisters to death.

The crime scene was discovered by parishioner David Hathaway after the pastor’s absence from Sunday service at 9:30 a.m. When his knocking went unanswered, Hathway found a key and walked inside. He first saw the pastor’s glasses on the floor, then his corpse. Local police found Dawn Pelley, dead, clutching her two dead daughters. 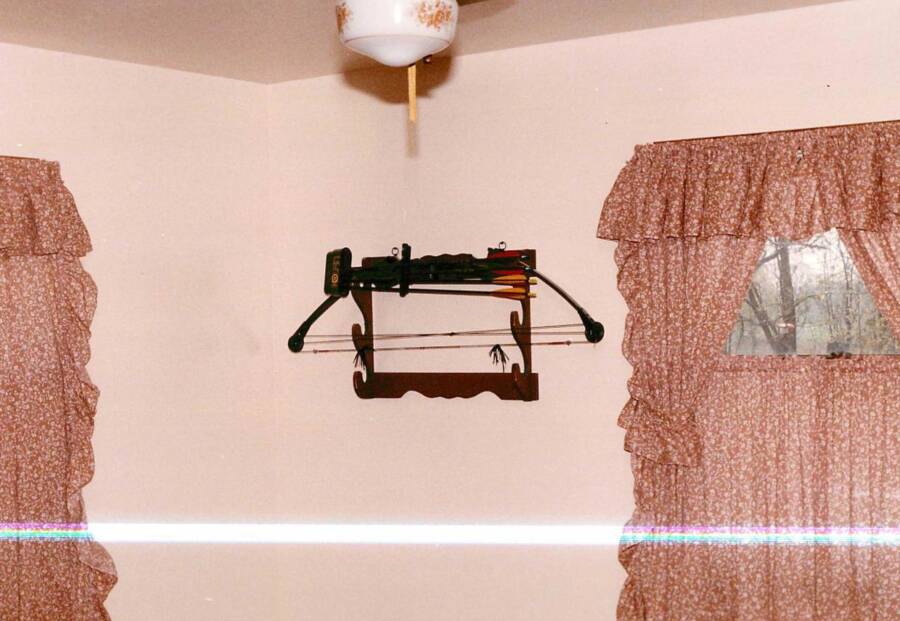 Indiana Court of AppealsThe Pelley family gun rack, from which the murder weapon was believed to have been removed.

Since Jacque, Jessica, and Jeff Pelley survived the massacre, investigators checked their alibis. Jacque had been out of town visiting a college friend while Jessica spent the night at a sleepover. Jeff, however, had been in town — and notably angry at his father.

“I believe he killed his family and then was able to go to the prom,” Senter concluded.

Police questioned Jeff Pelley at the station in the company of his grandparents after tracking him down at the amusement park on April 30. When asked about his stepmother, he said:

But without a murder weapon, forensic evidence, or eyewitnesses, the case against Pelley was rather thin. St. Joseph County Detective John Botich was solely relying on circumstantial evidence and a timeline of events. He noted that several people had stopped by the Pelley home on Saturday to show off their prom dresses or tuxedos until 5 p.m. 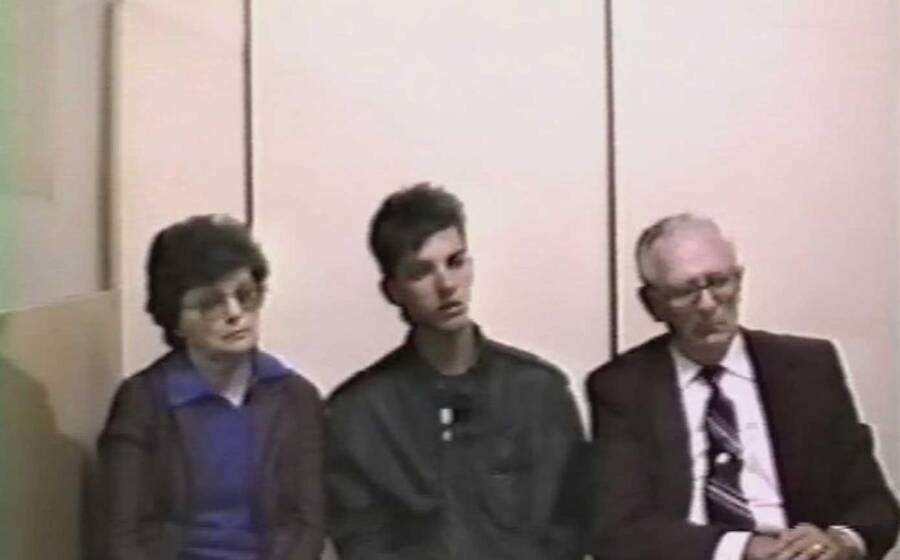 Indiana Court of AppealsJeff Pelley with his grandparents during police questioning in 1989.

Nobody visited the house after that, and Jeff Pelley’s 1984 gray Ford Mustang was gone by 5:30 p.m.

“It was a very, very small window when the family could have been murdered, and it was very clear the only person who could have done this was Jeff,” said Frank Shaffer, Assistant District Attorney for St. Joseph’s County.

Schaffer’s theory was as follows: After using the family shotgun to kill the four victims, Pelley hid the weapon and its shells. He then washed his jeans and took a shower, got dressed, and drove to a friend’s house to pick up his date for prom.

But there simply wasn’t enough evidence to charge him — until 2002.

At the time he was charged with the prom night murders, Jeff Pelley was a newfound family man, he lived in Florida, and he was a consultant for IBM — but he now faced four murder charges. His trial began in 2006, with prosecutors relying on the timeline they made back in 1989. The defense deemed it ludicrous.

“From all indications, the people that were with Jeff that night described him as just one of the group, they were having a good time,” said defense attorney Alan Baum. “To think he could spend that whole evening doing all of the things they did and just having fun like a kid after murdering his family is preposterous.” 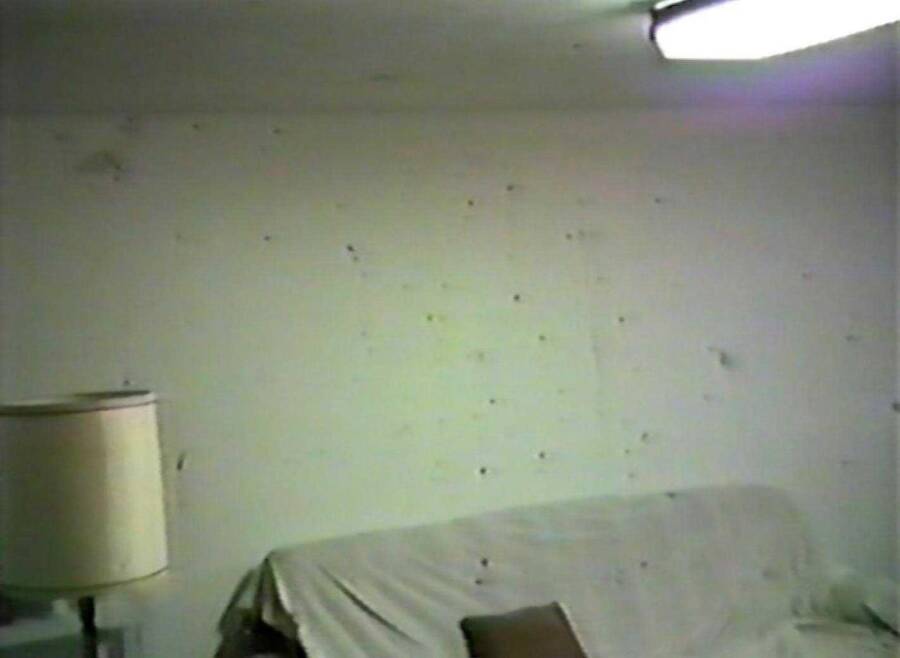 Indiana Court of AppealsPart of the Pelley murders crime scene.

Jurors found Pelley guilty on all counts in 2006, and he was sentenced to 160 years, which was upheld by the Indiana Supreme Court in 2009. A few years later, however, Frances Watson of the McKinney Wrongful Conviction Clinic filed a motion for post-conviction relief.

Her basis for a retrial was the 1989 luminol test of Pelley’s washing machine cylinder, which hadn’t actually determined whether there had been blood or even laundry detergent in the machine that day to prove whether he tried to clean his bloodied clothes.

She argued that the claim that Pelley had washed his jeans had thus unjustly tainted jurors at his trial. Furthermore, a curious transcript was never entered into evidence.

Prosecutors had interviewed a woman in 2003 named Toni Beehler who spoke of Robert Pelley’s shady financial dealings in Florida. She said he was scared of being murdered by his yet-unidentified clients. But further information regarding this claim remains elusive.

As of now, Jeff Pelley remains behind bars for the murder of four of his family members as a teenager in 1989. His evidentiary hearing is scheduled for mid-March 2022.

After learning about Jeff Pelley and the prom night murders, read about the horrifying Manson murders of 1969. Then, learn about the Amityville murders by Ronald DeFeo Jr.