How Alvin York Went From Pacifist To Decorated War Hero

Alvin York's moral code was strictly anti-violence. When he was forced to enlist in the army, he had to weigh his religious beliefs against his duty as a draftee.

From a wild drunk to a pacifist to a decorated war hero, Alvin York underwent several transformations. He grappled with religion and serving his country, ultimately having to decide what it meant to be a good man. In the end, he fought in World War I and ended up a decorated hero.

Alvin York was born in a log cabin in Pall Mall, Tennessee on Dec. 13, 1887. York was one of 11 children who didn’t attend school regularly because their father needed help with the family farm.

York’s father died in 1911. Since Alvin was the oldest child living near home at the time, he helped his mother in raising his younger siblings. However, during this time he started drinking frequently and was considered something of a party animal. Despite warnings from his mother, York’s drinking habit only got worse and often resulted in bar brawls.

Things changed in 1914 when a close friend named Everett Delk got into a fight and was beaten to death. The incident sparked a revelation in York, who realized he had to change his ways. He attended a revival meeting and became a member of a church while developing a strict moral code. His newfound faith led him to shun drinking, dancing, cursing, and gambling. York especially eschewed violence.

Understandably, Alvin York was worried when the United States entered World War I in 1917. He feared he would have to serve, which went against his moral code. 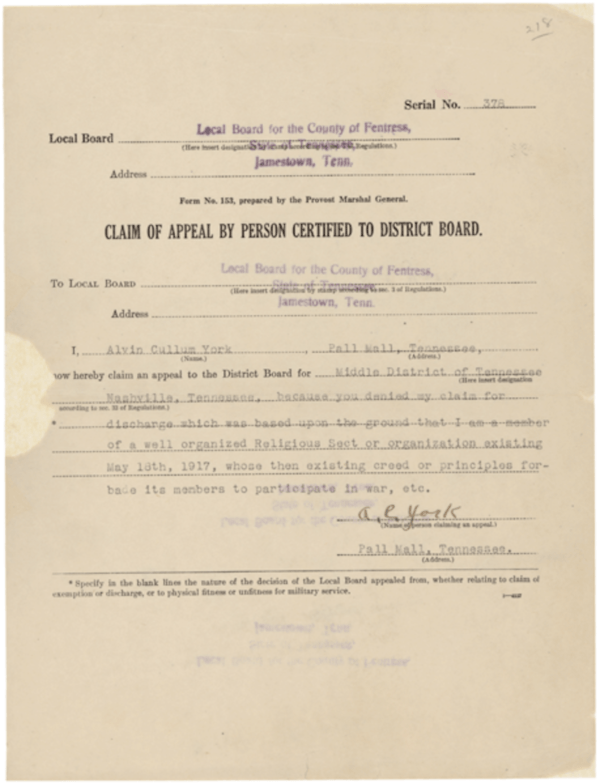 On June 5, 1917, York did indeed receive a draft notice. He was required by law to register, but claimed exemption on his draft card.

In November 1917, York was sent to basic training at Camp Gordon in Georgia. His comrades saw him as odd because he proved to be an expert sharpshooter during training, yet he didn’t want to see combat. 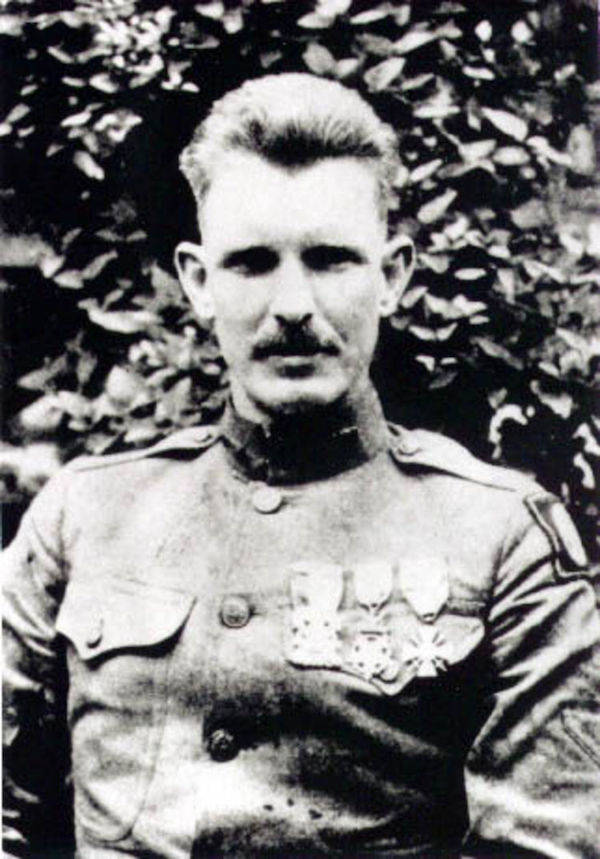 During this training period, York had extensive conversations with his commanders about his pacifist stance and the moral quandary he found himself in. In his personal diary, York wrote:

York spoke with his battalion commander Major G. Edward Buxton, who was a devout Christian and attempted to show York that there was a biblical justification for war.

York said that Buxton “read other parts of the Bible which he said proved that a man under certain conditions could go to war and fight and kill and still be a good Christian.” 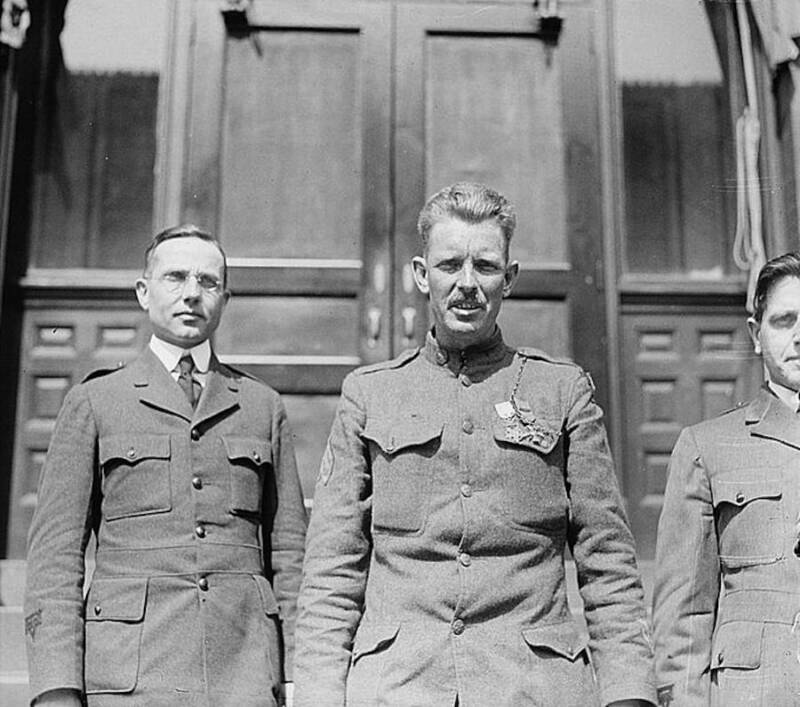 Wikimedia CommonsAlvin York and others.

York took a 10-day leave to go home and returned to his 82nd Infantry Division, having acquired the belief that God wanted him to fight. In May 1918, his unit went to Le Havre, France to set up a headquarters in what was called the Saint-Mihiel sector. By this point, York had gotten much more used to life in the military.

In his personal diary, York wrote:

“I had taken a liking to my gun by this time. I had taken it apart and cleaned it enough to learn every piece and I could almost put it back together with my eyes shut.”

That September, the division launched their first major American operation in the Battle of Saint-Mihiel. It was a success, and Alvin York was promoted to corporal.

This victory led to the Meuse-Argonne Offensive, a key part of the Allies’ final offensive that took place all along the Western Front. The battle occurred in three phases, lasting from Sept. 26, 1918 until the armistice on Nov. 11, 1918.

It was during the second phase of this battle that Alvin York made his mark on military history. 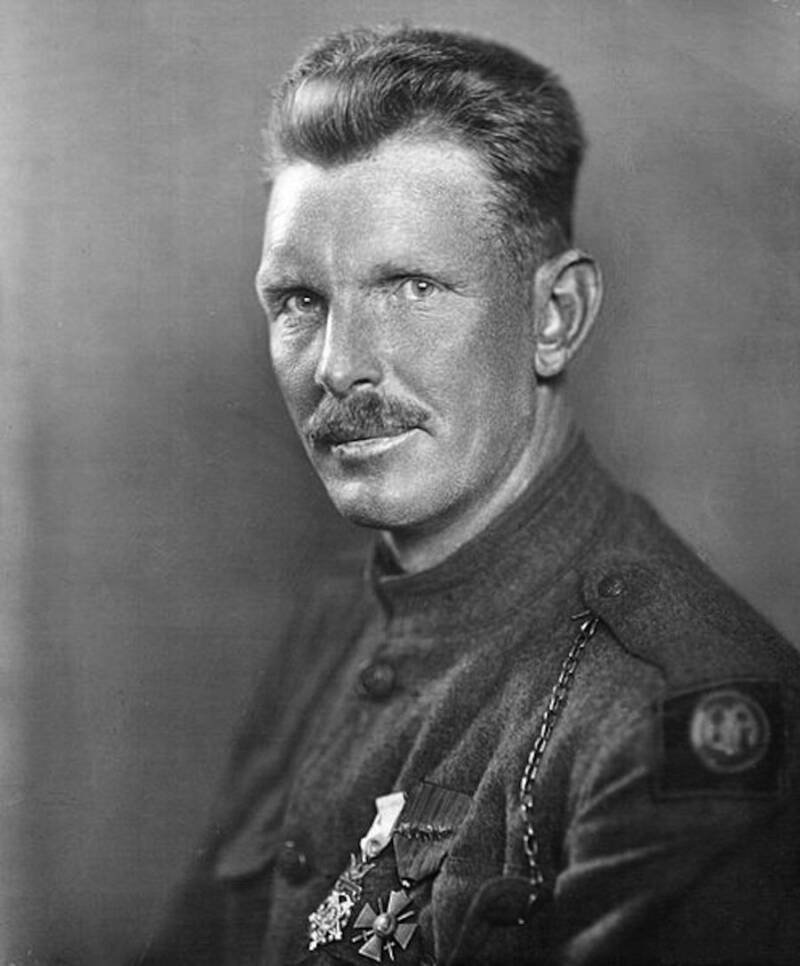 American troops had already advanced 10 miles and on Oct. 8 they came under heavy German machine gun fire. Heavy casualties ensued, but 17 men were able to take advantage of the hilly terrain and slip behind German lines. Sergeant Bernard Early led the 17 men with Alvin York one of them.

The men managed to capture a German headquarters area, securing with them a large number of German prisoners. However, other non-captured Germans with machine guns opened fired on the Americans. One of the Americans killed by the attack was Early, leaving Alvin York in charge of the remaining men. Utilizing his shooting skills, he was able to kill advancing German gunners with his sniper rifle.

As York and his men were being charged at, he pulled out his pistol and shot six men before they reached him. Then using his pistol and rifle, he killed at least 20 German soldiers and captured about 130 Germans.

York didn’t want to kill more than was necessary, so he told the German officer to surrender, which he did. The feat earned Alvin York a promotion to sergeant and the Distinguished Service Cross.

Although York was known for downplaying his many accomplishments, he went on to become one of most decorated American soldiers during World War I. In April 1919, he received the absolute highest military award — the Medal of Honor.

The Sergeant York Movie And Beyond

Seen as a hero when he returned home, York married his childhood sweetheart Gracie Williams and gave lectures on his experience. He refused permission to allow a film to be made about him despite being approached several times.

Eventually, he agreed under certain conditions. The first was that his share of the profits would go to a Bible school. The second was that whoever played his wife in the film wouldn’t be a smoker. And the third was that actor Gary Cooper would play the starring role.

All of York’s demands were met in and in 1941 the film Sergeant York was released. It used York’s personal diary for reference and was the highest-grossing film of the year.

Movie aside, York always made a point to give back to the less fortunate in his home state. He even founded a school for underprivileged children in rural Tennessee called the York Industrial Institute. It still exists today, but it’s since been renamed Alvin C. York Institute.

In 1954, Alvin York suffered a stroke and died 10 years later of a cerebral hemorrhage on September 2, 1964, in Nashville, Tennessee.

York was remembered after his death with reverence and respect. In 1964, U.S. President Lyndon B. Johnson called him “a symbol of American courage and sacrifice” who represented “the gallantry of American fighting men and their sacrifices on behalf of freedom.” 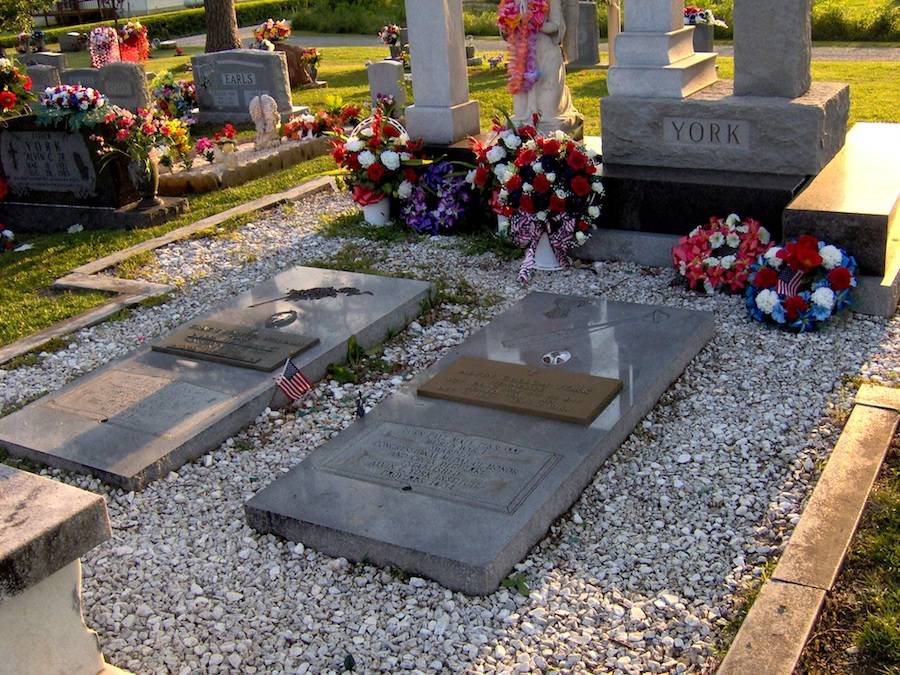 Wikimedia CommonsGrave of Alvin York and his wife Gracie in Wolf River Cemetery in Tennessee.

If you found this article about Alvin York interesting, you may want to read about Calvin Graham, World War II’s youngest decorated veteran. Then you can about the incredible story of the World War I Christmas truce.