Dr. Theodor Morell turned Hitler into a full-fledged drug addict, prescribing him everything from opioids to bull prostate. 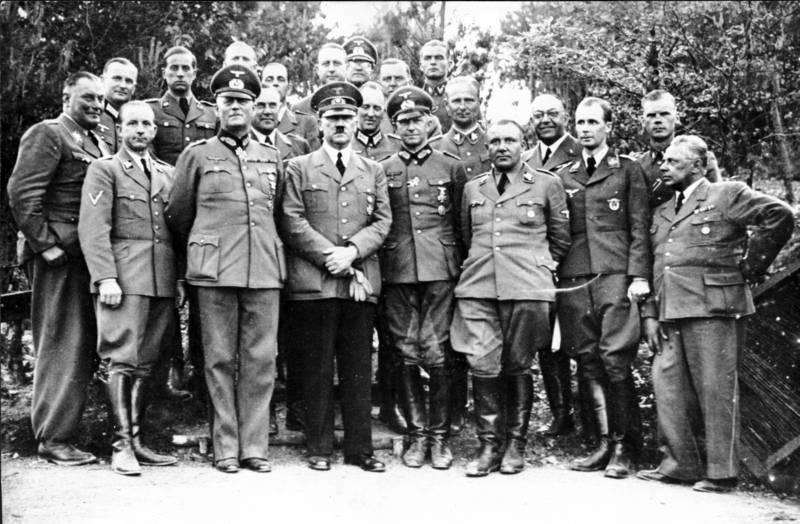 Wikimedia CommonsTheodor Morell (second from right, second row) accompanied Hitler to meetings, into bunkers, and to conquered territory. He was always on hand to administer daily injections.

Ingesting speed aligned with the Nazi philosophy of Aryan superiority as it acted like the ultimate, though artificial, performance enhancer. People worked non-stop for hours, sometimes days, all furthering the interests of the Third Reich.

Soon the German war effort was run on it. Pervitin made the German armed forces feel invincible, marching for days on end and fearlessly striding into combat. But it also increased foolhardiness and even psychosis, perhaps engineering an army and nation of fanatics.

So, it comes as no surprise that the man at the top, the overconfident and maniacal Adolf Hitler, was on drugs. But his daily regimen went far beyond speed.

As the war progressed, Hitler became increasingly dependent on the approximately 80 different drugs he was taking and the physician who was always there to administer them, Dr. Theodor Morell.

According to Norman Ohler’s Blitzed: Drugs in Nazi Germany, Morell was a brazen opportunist. After serving as a ship’s doctor and then an army medic in the First World War, he went on to become the personal physician of successful athletes, business leaders, and even royalty such as the Shah of Persia and the King of Romania.

His Berlin practice thrived until the Nazis gained power. Morell’s dark complexion and features arose suspicion of Jewish ancestry and after his clientele diminished, he joined the Nazi Party to stave off further distrust and was soon administering his unconventional remedies to SS elites. 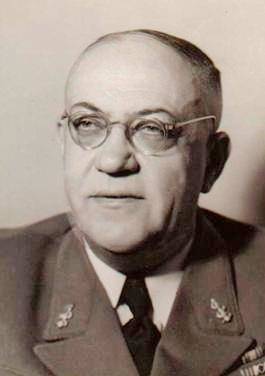 In 1936, Morell met the Fuhrer at a dinner party. Hitler suffered from severe stomach cramps and colossal flatulence. He convinced the hypochondriac, Hitler, to swallow capsules of Mutaflor, which contained a strain of hydrolyzed E. coli and Dr. Kuster’s Anti-Gas pills which contained traces of strychnine.

Hitler’s symptoms immediately improved. Soon, Morell had him on a daily dose of Vitamultin, a mysterious powder in gold foil packets that made Hitler’s energy go through the roof.

Morell had succeeded where other doctors had failed. Convinced of Morell’s medical miracles, Hitler appointed Morell his personal physician in 1937. But Hitler’s inner circle found it difficult to accept Morell with many regarding him as a quack.

In addition, Morell was rotund, suffered from excessive sweating, halitosis and had a distinct body odor. Hitler’s mistress, Eva Braun, who was later a patient of Morell’s, was initially repulsed by him. In response, Hitler replied, “I don’t employ Dr. Morell for his fragrance, I employ him to treat me medically.”

Morell soon became Hitler’s shadow, following him into bunkers, military meetings, on holidays, and even to survey territory conquered during World War Two.

These moments were captured in Morell’s exhaustive medical diary that provides a unique account of the daily health and mindset of the Fuhrer. In his notes, the doctor referred to Hitler as “Patient A,” a precaution to protect both Hitler’s privacy and himself should his notes fall into his enemies’ hands in the event of the Nazi leader’s death.

In August of 1941, Hitler became seriously ill. Up until that moment, he had been receiving daily injections of vitamins and glucose, but they were no longer effective. Nervously, Morell turned to more medically dubious animal hormones.

Hitler’s injections included metabolic stimulants, sex hormones, extracts made from the seminal vesicles, and prostates of young bull and pig livers. Hitler didn’t eat meat, but he was having animal substances injected directly into his bloodstream.

The medical medley increased from there. Morell promised Hitler “instant recovery,” and as Hitler’s body got used to the compounds injected into his system, he required higher doses and stronger drugs to have an impact.

Soon Hitler was on uppers and downers in tandem. If he couldn’t sleep, he received a dose of barbiturates and morphine. If he needed to wake, then he received injections of ever stronger stimulants.

These medley of injections earned Morell the nickname, the “Reichmaster of Injections.”

In 1943, Morell began injecting high doses of opiates into Hitler. His health was declining, often appearing stooped and considerably aged according to those closest to him. Eukodal (oxycodone), the pharmacological cousin to heroin, became Hitler’s panacea. It made Hitler euphoric, and with the frequency of high doses injected, it seems likely that he became addicted.

But soon even Eukodal would not be enough. On July 20, 1944, Hitler sustained minor injuries from an attempted assassination attempt in the Wolf’s Lair. This time, Dr. Erwin Giesing treated Hitler and he had a favorite remedy of his own called cocaine. From then on, the Fuhrer received Eukodal combined with two doses of high-grade cocaine daily.

The Allies began bombing pharmaceutical companies, such as Merck in Darmstadt in December of 1944. Suddenly production of Eukodal came to a halt.

In January of 1945, Hitler ran out of opioids just before he descended into the Fuhrerbunker. According to Ohler, Hitler turned into a physical and mental wreck. He had been held together by his injections and now the most important substances for him to function, the opioids, were gone.

In bitterness, he ordered the destruction of important German buildings and harbors.

Morell stayed on as Hitler’s physician almost to the end. In the last days of the war, Hitler granted him permission to leave the Fuhrerbunker. Morell escaped Berlin on one of the last flights out. Hitler, without his doctor, allegedly flew into a rage informing those around him that he would commit suicide.

According to Morell’s notes, Hitler received a total of 800 injections and varying medications 1,100 times between August of 1941 to April of 1945.

Theodor Morell was never convicted of war crimes. He was never ideological and his membership in the Nazi Party was seen as strictly for personal gain. He got rich during the war from abattoirs and factories manufacturing his hormone concoctions and Vitamultin. He was also funded by the contracts that supplied the military machine with his drugs.

But in the end, he had nothing. In 1948, Theodor Morell died in a hospital in Tegernsee from natural causes.

Now that you’ve read about Hitler’s drug habit and Theodor Morell, learn about Jean-Marie Loret, the man who may be Hitler’s son. Then read about Geli Raubal, Hitler’s only true love and his niece.