A photo found in the National Archives may show Amelia Earhart and her navigator alive in the Marshall Islands after their suspected crash landing. 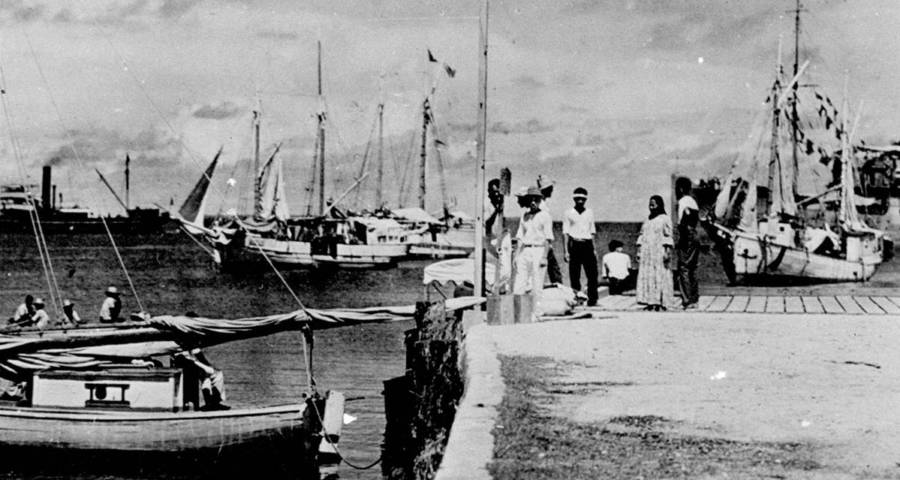 National ArchivesThe newly uncovered photo that may depict Amelia Earhart (seated, back to camera) and her navigator, Fred Noonan (far left of dock), in the Marshall Islands after their suspected crash landing.

The fate of famed aviator Amelia Earhart remains one of the great unsolved mysteries of the 20th century. But now, one recently discovered photo may finally shed new light on the matter.

NBC News reports that a photo appearing to depict Amelia Earhart and her navigator, Fred Noonan, in the Marshall Islands after their disappearance has been discovered in a forgotten file in the U.S. National Archives and will now be the subject of a History Channel documentary.

It was on July 2, 1937, during her widely-covered circumnavigation attempt, that Earhart’s craft vanished near Howland Island in the central Pacific. Her disappearance quickly sparked an enormous search effort that ultimately proved fruitless. Out of this vacuum of information about her whereabouts sprung a wealth of theories and ideas.

However, the new photo found in the National Archives depicts what looks like both Earhart and Noonan in the nearby Marshall Islands in 1937, suggesting that they may have survived a crash landing. Researchers believe they have identified Earhart and Noonan by their distinctive hairstyles and profiles.

“When you see the analysis that’s been done, I think it leaves no doubt to the viewers that that’s Amelia Earhart and Fred Noonan,” said Shawn Henry, former executive assistant director for the FBI and now an NBC News analyst who studied the photo, to NBC News.

Furthermore, the photo shows the two people believed to be Earhart and Noonan standing on a dock near a large Japanese vessel, suggesting that they may have been captured by the Japanese.

This theory has come up in the past, emerging from local rumors on the Marshall Islands that American aviators were captured there by the Japanese, as well as similarities between the plane that Earhart was flying, and the subsequently developed Japanese Zero fighter plane.

In fact, some experts who have studied the photo, perhaps taken by an American spy surveilling the Japanese, suggest that one of the vessels visible in the image is towing a craft that may be Earhart’s plane.

From there, experts suggest that the Japanese took Earhart to Saipan in the Mariana Islands where she died, of uncertain causes, in their custody.

Next, read up on the recent deployment of bone-sniffing dogs to Earhart’s suspected crash site. Then, check out 24 of the most incredible Amelia Earhart facts and photos.