The Horrific True Story Of Ronald DeFeo Jr. And The Amityville Murders

In the early morning hours on November 13, 1974, Ronald DeFeo Jr. killed his entire family in cold blood — and claimed that demonic voices told him to do it.

For decades, The Amityville Horror has captivated audiences. A scary movie about a haunted house that forced a family to flee after just a month, this film has inspired many people to seek out the real Long Island home behind the eerie tale. But often lost in the shuffle is the brutal crime that supposedly made the house “haunted” — the Amityville Murders.

The real-life horror story began on November 13, 1974, when a 23-year-old man named Ronald DeFeo Jr. fatally shot his parents and his four younger siblings while they were asleep in their home in Amityville, New York. Hours after murdering them, DeFeo went to a nearby bar, crying for help.

DeFeo initially claimed to the police that the murders had likely been a mob hit, and his act was apparently so convincing that he was taken to a local station for protection. But it didn’t take long for cracks to form in his story, and by the next day, he had already confessed to killing his family himself.

However, the Amityville Murders case was far from over. When DeFeo went on trial, his lawyer built a case that he was an “insane” man who became a killer because of the demonic voices in his head. And about a year after the slaughter, a new family moved into the home where the murders took place. They fled the residence after just 28 days, claiming it was haunted.

Though the crime has often been an afterthought throughout the years — thanks in part to the popularity of The Amityville Horror — it’s even more horrifying than anything that Hollywood could ever dream up.

The Troubled Home Life Of The DeFeo Family 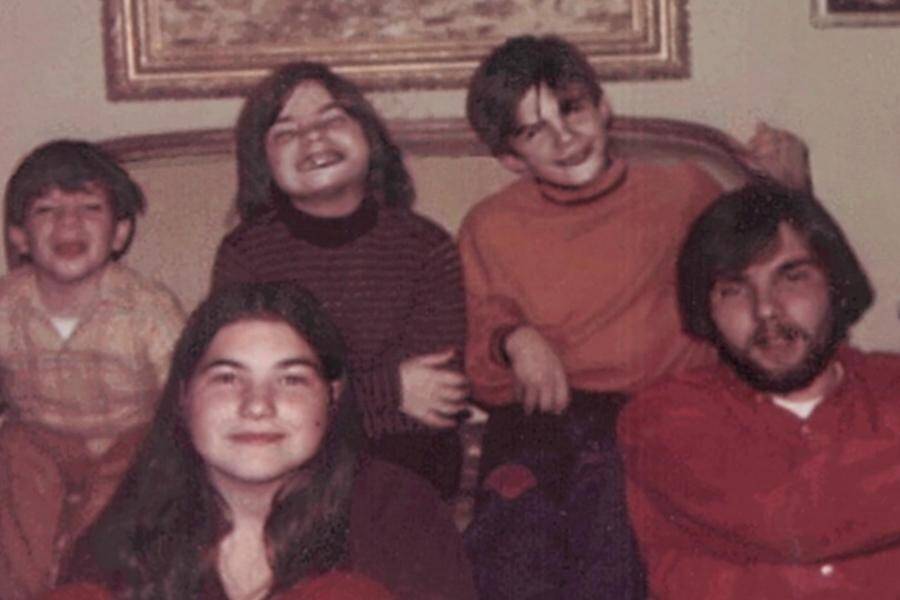 On the outside, the DeFeos appeared to live happy lives on Long Island during the early 1970s. According to The New York Times, one of their neighbors described them as “a nice, normal family.”

The family was comprised of Ronald DeFeo Sr. and Louise DeFeo, and their five children: Ronald Jr., Dawn, Allison, Marc, and John Matthew.

They lived in an affluent part of Long Island called Amityville. Their Dutch Colonial home had a swimming pool and a nearby boat dock. Inside the house, there were life-sized portraits of the family hung on the walls.

One local girl told the Times that Ronald DeFeo Sr. had frequently given her rides to her family’s restaurant in Brooklyn. Another neighbor named Catherine O’Reilly said the DeFeos had befriended her after her husband passed away. It seemed as if the family were kind, loving people.

But the DeFeos were a very different family behind closed doors. 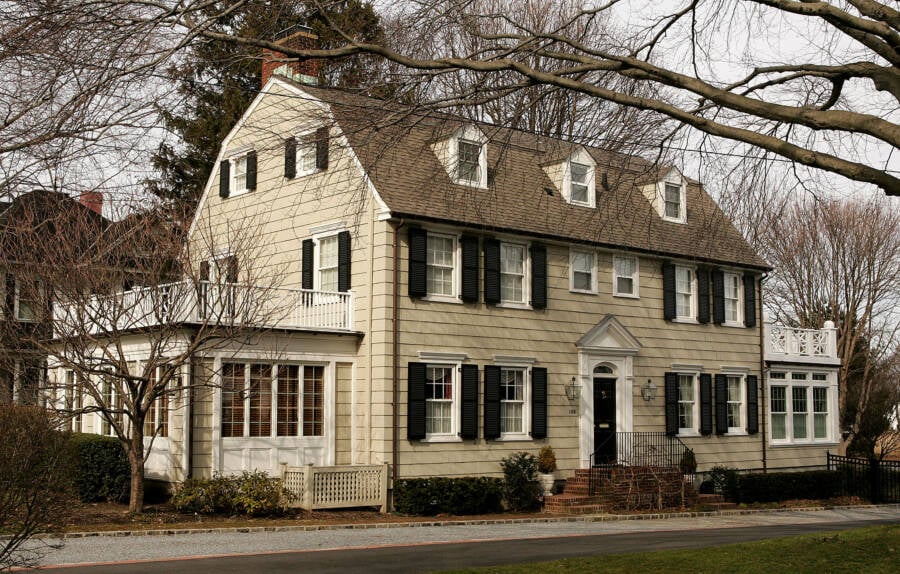 Ronald DeFeo Sr. managed an auto dealership, a job that certainly couldn’t support the family’s lavish lifestyle. Instead, much of their money came from Louise’s father, Michael Brigante, who purchased the family’s home for them, allowing them to move out of their small Brooklyn apartment. Brigante later gave his son-in-law about $50,000 to have the family portraits painted.

So, for all of the wealth and luxury that Ronald “Big Ronnie” DeFeo Sr. showed off, he had, in truth, earned very little of it himself.

“Big Ronnie” was also reportedly an abusive and violent man. Most often, he took his anger and frustration out on his eldest child, Ronald DeFeo Jr., who usually went by “Butch.” And as Butch grew up, he struggled to find any common ground with his father, according to Biography.

Butch was also bullied at school for being overweight, with kids calling him names like “Pork Chop” and “The Blob.” By his teenage years, he had lost most of that weight — through his use of amphetamines, which he had come to rely on, along with alcohol, as a coping mechanism.

He and his father continued to fight frequently — Butch once pulled a gun on Ronald Sr. — and although Butch was technically employed at his family’s dealership, he rarely showed up to work and left early when he did.

In general, he spent most of his time doing drugs or drinking, getting into fights, and arguing with his parents. Still, no one expected that Ronald DeFeo Jr.’s troubles would lead him to commit the Amityville Murders.

Inside The Gruesome Amityville Murders 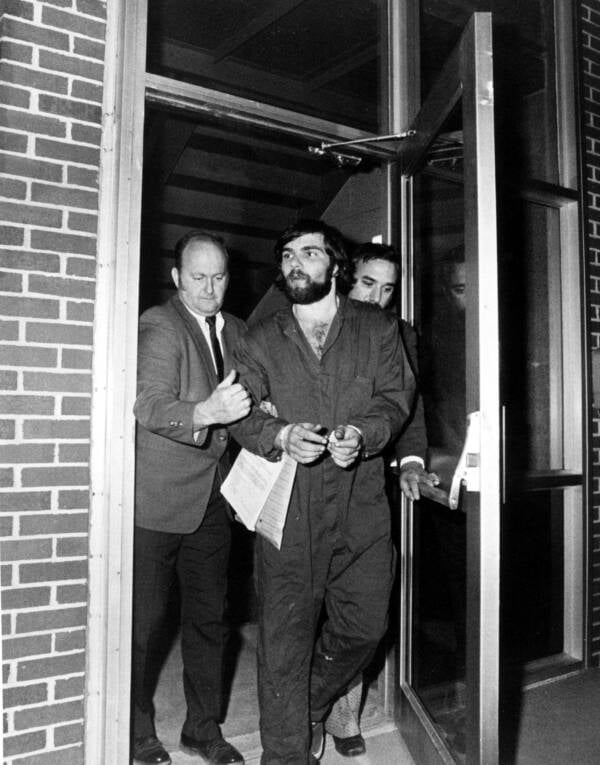 Butch’s ongoing conflict with his father came to a violent head when he fatally shot Ronald DeFeo Sr. with a .35-caliber Marlin rifle as he slept during the early hours of November 13, 1974. But of course, he didn’t just kill his father. He also turned the gun on his mother, Louise DeFeo.

Then, 23-year-old Butch went into the bedrooms where his siblings were sleeping and murdered 18-year-old Dawn, 13-year-old Allison, 12-year-old Marc, and 9-year-old John Matthew with the same weapon.

After killing his family, Butch took a shower, got dressed, and collected incriminating evidence. On his way to work, he threw the evidence — including the gun — into a storm drain. Then, he went about his day.

He feigned ignorance as to why his father hadn’t shown up for work as planned and even called him. As the day went on, he decided to leave work and spend the afternoon with his friends, making sure to mention to all of them that he couldn’t get in touch with his family for some reason.

Then, he prepared for the “discovery” of his family’s bodies.

In the early evening, Butch ran to a nearby bar, screaming for help, according to the New York Daily News. He told the patrons there that “someone” had shot his family and begged them to come back with him to his house. There, the shocked bargoers were greeted by a truly horrific scene. 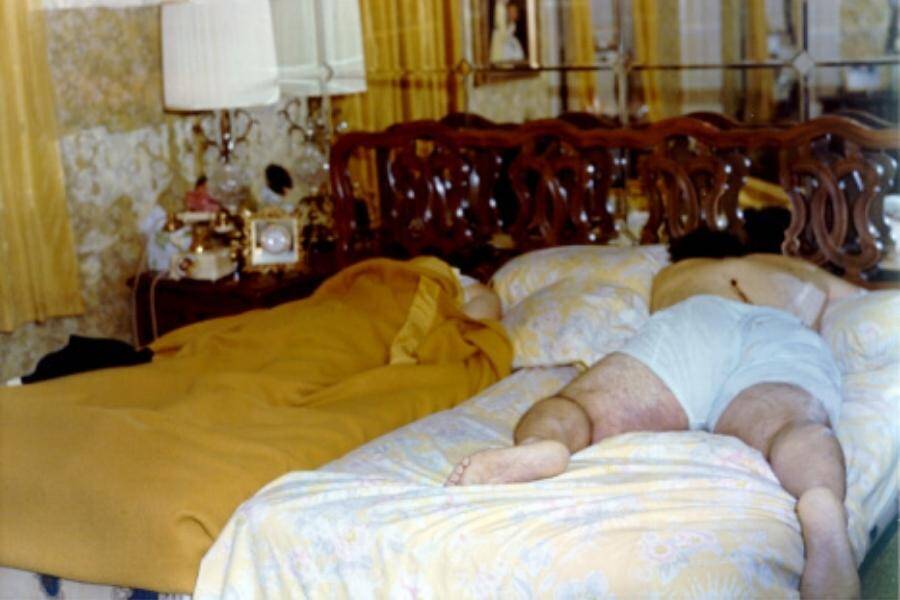 Each member of the DeFeo family was found lying face down in bed — with fatal bullet wounds. Ronald DeFeo Sr. and Louise DeFeo had both been shot twice, and their children had been shot one time each.

According to History, police arrived at the scene and found an in-shock Ronald DeFeo Jr. waiting for them. DeFeo initially claimed to the authorities that he believed his family had been targeted by the mob. At first, it seemed like the cops might buy his story. They even took him to a police station for his protection. But they soon noticed details that didn’t line up.

For example, DeFeo maintained that he had been at work all morning and with friends all afternoon — therefore, he couldn’t have killed his family. But police quickly determined that the bodies had been shot sometime in the early morning, well before DeFeo would have gone to work.

And after DeFeo mentioned a notorious mob hitman who could have killed his family, police soon found out that the hitman was out of state.

By the next day, Ronald DeFeo Jr. had confessed to the crime. He told the police, “Once I started, I just couldn’t stop. It went so fast.”

The Chilling Aftermath Of The Amityville Murders 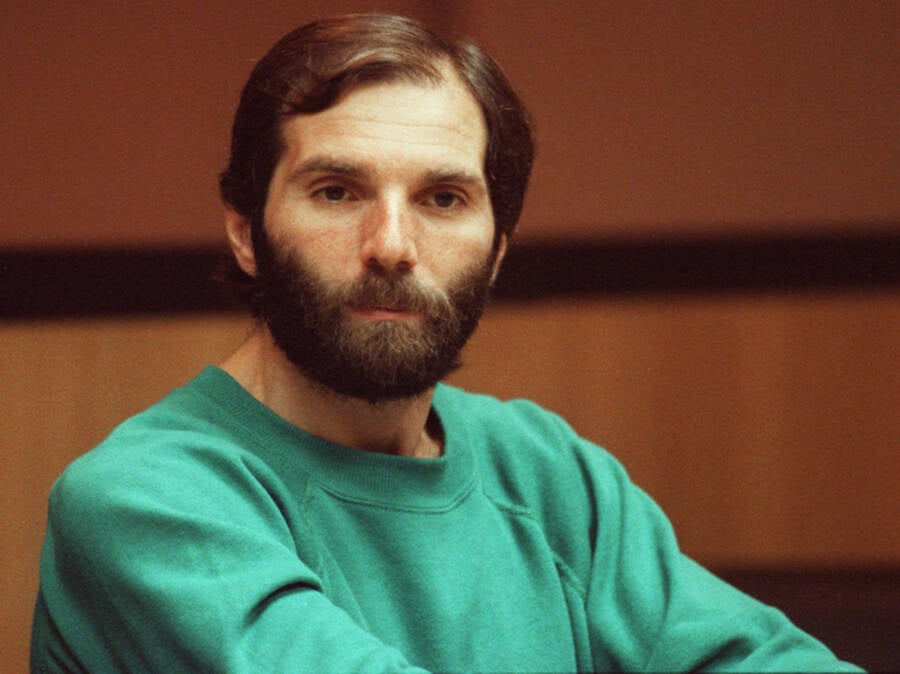 John Cornell/Newsday RM via Getty ImagesRonald DeFeo Jr. sought a new trial in 1992, years after he was convicted of murdering his family.

DeFeo’s criminal trial in October 1975 captured attention for two reasons: the sheer brutality of his crime and the unusual details surrounding the defense. His lawyer built a case claiming that he was an insane man who killed his family in “self-defense” because of the demonic voices in his head.

Ultimately, DeFeo was found guilty of six counts of second-degree murder in November. He would later be sentenced to six consecutive sentences of 25 years to life in prison. But the story of the Amityville Murders was not over.

For one thing, there were still mysteries surrounding the case. Authorities had no idea how all six victims had died in their sleep without a struggle. Another thing that puzzled them was that none of the neighbors had heard gunshots — despite the fact that DeFeo did not use a gun silencer.

Though DeFeo claimed to have drugged his family’s dinner, experts noted that a long time had passed between the meal and the family’s deaths.

Perhaps most chillingly, the killer’s motive remained uncertain. Though it’s clear that DeFeo had many issues with his father, it baffled many that he would go after the rest of his family members — especially his youngest siblings. And considering the fact that DeFeo would change his story multiple times in prison, he shed very little light on the haunting mystery.

And then, in December 1975, a new family moved into the DeFeos’ old home. George Lutz, his wife Kathy, and their three children stayed at the residence for just 28 days before fleeing the property in terror — claiming that the house was haunted by the spirits of the deceased DeFeos. 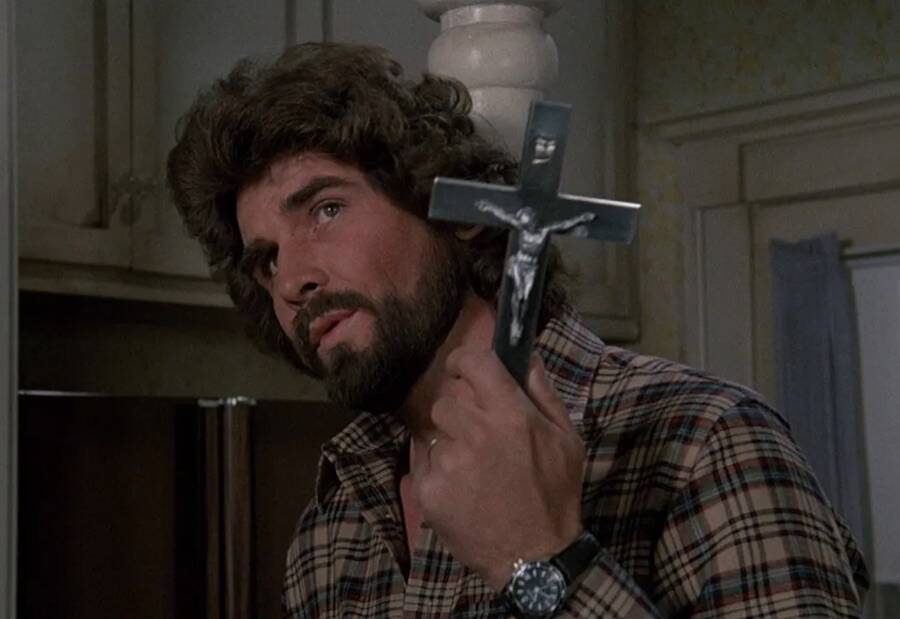 From green slime reportedly oozing from the walls to windows suddenly shattering to family members allegedly levitating in bed, their claims sounded like something straight out of a horror film.

Incredibly, there have been over a dozen films based on the murders released since then, but the 1979 movie starring James Brolin and Margot Kidder as George and Kathy Lutz remains perhaps the best known.

In the meantime, DeFeo made multiple attempts to free himself, growing increasingly resentful of the attention he received in prison. He changed the story of what happened during the Amityville Murders multiple times, at certain points claiming that his mother or sister had committed some of the killings. He remained in prison until the day he died at age 69 in 2021.

After learning the true story of the Amityville Murders, read more real-life horror stories that’ll make your skin crawl. Then, check out 55 of history’s creepiest pictures and the disturbing backstories behind them.