The cannabis traces found had high concentrations of THC. 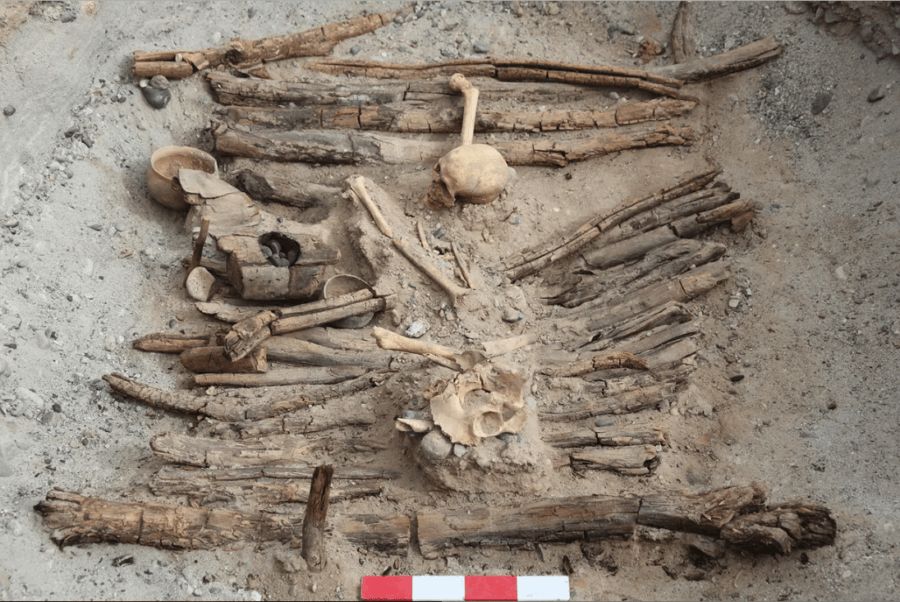 A new discovery suggests people have been smoking pot since at least 2,500 years ago.

As reported by The Guardian, a group of researchers found traces of highly potent cannabis at an ancient burial ground in the Pamir Mountains of Central Asia called Jirzankal Cemetery.

The cannabis residue was found in incense burners on the cemetery grounds, which dates back to the 5th century B.C. That makes it the “earliest directly dated and scientifically verified evidence for ritual cannabis smoking.”

“To our excitement we identified the biomarkers of cannabis, notably chemicals related to the psychoactive properties of the plant,” said Yimin Yang, an archeologist at the University of Chinese Academy of Sciences, who led the research team on the study. 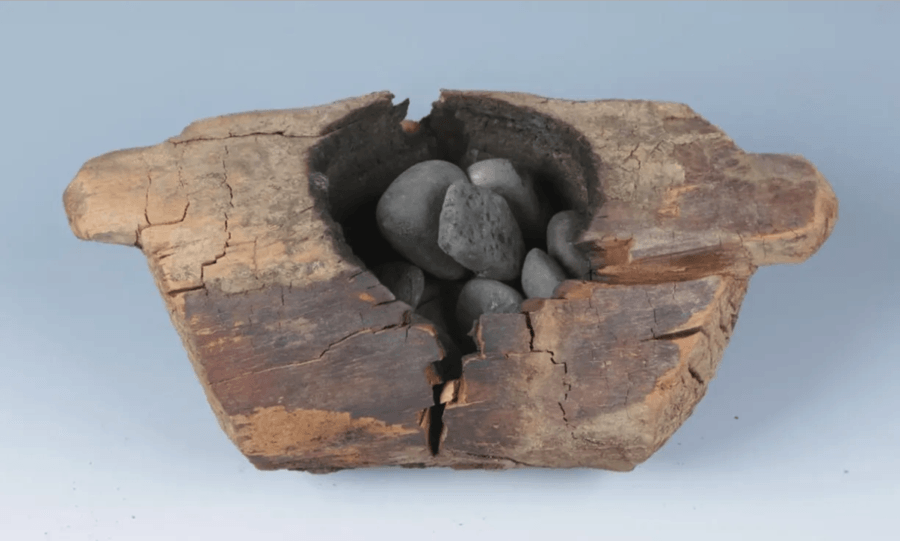 According to the study, published in Science Advances, the evidence suggests that the ancient peoples of central Asia used marijuana during funerals. They would heat up stones, place them in a carved-out piece of wood, and place cannabis leaves over them to release psychoactive smoke.

After conducting some analysis on the cannabis residue using a technique called gas chromatography-mass spectrometry, researchers also found that the concentration of tetrahydrocannabinol, or THC – marijuana’s main psychoactive component — was much higher than today’s average marijuana plant.

Basically, these people were smoking some pretty strong weed.

“It is possible that high-elevation populations of a naturally higher THC–producing variety were recognized and targeted by people in the Pamir region, possibly even explaining the prominence of ritual sites in the high mountains,” the study noted.

An angular Chinese harp instrument as well as perforations and breaks detected in the bones of some of the excavated remains suggest that music and human sacrifices were also integrated into the funeral ceremony.

“It’s hard to say if the sacrifice is related to smoking,” Yang told VICE. “So we just interpret that the funeral ritual may have included flame, music, and smoking.”

X. Wu/Institute of Archaeology, Chinese Academy of Social SciencesWooden braziers found at the burial site. People burned cannabis over the brazier so the smoke could be inhaled by multiple people.

The study hypothesized that the elaborate funeral ceremonies were performed in order to help people communicate with the spirit world.

Historically, the Jirzankal Cemetery was at the center of the early silk road trade routes, which is why many of those buried at the ancient graveyard have been found to be outsiders or non-locals. On this trade route, vendors sold harvested crops like walnuts, apples, pistachios, and – possibly — cannabis.

“This is a wonderful example of how closely intertwined humans are and have been with the biotic world around them, and that they impose evolutionary pressures on the plants around them,” said co-author Robert Spengler, who is also the laboratory director at the Max Planck Institute for the Science of Human History.

The discovery of an ancient weed-smoking ritual that took place thousands of years ago has given researchers more clues into the behavior of past society and the history of marijuana.

The ancient pot smokers used wooden braziers to burn the cannabis so that the smoke could be inhaled in groups. The custom matches the descriptions by ancient Greek historian Herodotus, who wrote about how people in the Eurasian Caspian Steppe region would sit in small tents and burn the cannabis plants over stones.

But the incredible ancient pot discovery is just the beginning. As scientists continue to excavate more of the mountain burial grounds, we might find other exciting things to point us to the habits of people in the past. Stay tuned.

Next, find out what scientists learned about Neolithic people’s diet from 8,000-year-old food residue. Then, read about John Smith, the man who claimed to be 137 years old.