Researchers found 51 intentionally elongated skulls in the fifth-century cemetery at Mözs-Icsei-dülö in Hungary. 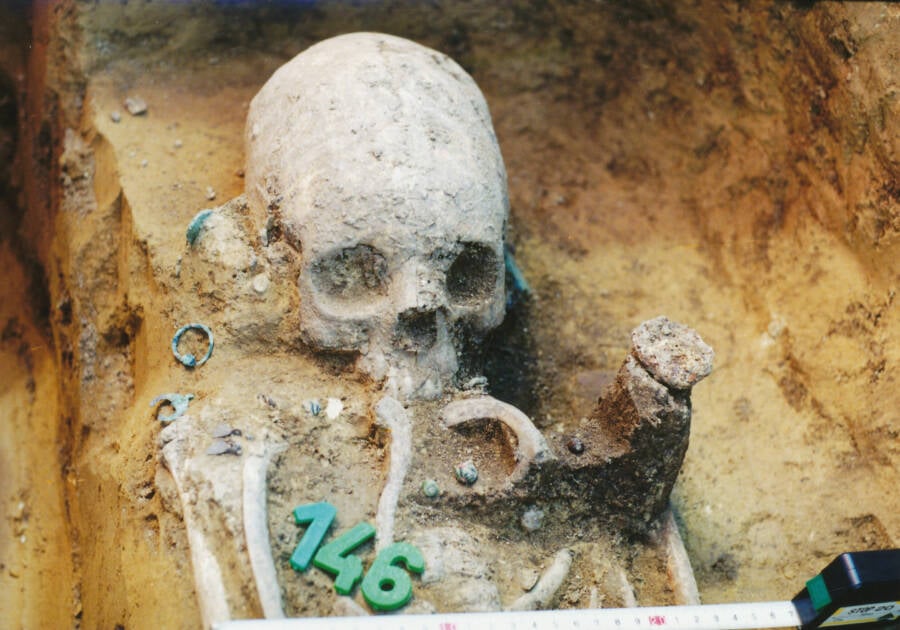 Wosinsky Mór Museum, Szekszárd, HungaryGrave 43 held the remains of a girl with an artificially elongated skull. She was buried with a necklace, earrings, a comb, and glass beads.

In the 1960s and 1990s, excavations in the ancient graveyard of Mözs-Icsei-dülö in Hungary unearthed the skeletal remains of at least 96 people from the fifth century.

Using modern isotope analysis and biological anthropology methods, experts have now found that at least 51 of their skulls were artificially elongated.

According to IFL Science, the ancient cemetery is now officially home to the largest number of purposefully elongated skulls in all of Central Europe. Published in the PLOS ONE journal, the findings indicated the bones spanned across three generations, and comprised three distinct groups.

Led by Corina Knipper from the Curt-Engelhorn-Center for Archaeometry in Germany, the joint effort by her peers and researchers from Eötvös Loránd University in Hungary has contributed remarkable data. The skulls, believed to have been shaped by bandage wrappings, offered more than just awe.

According to Phys, the purposeful elongation and three distinct generations have given historians invaluable insight into this unique community during the early stages of Europe’s Migration Period. It also provided historians with context surrounding the turmoil triggered by the Fall of the Roman Empire. 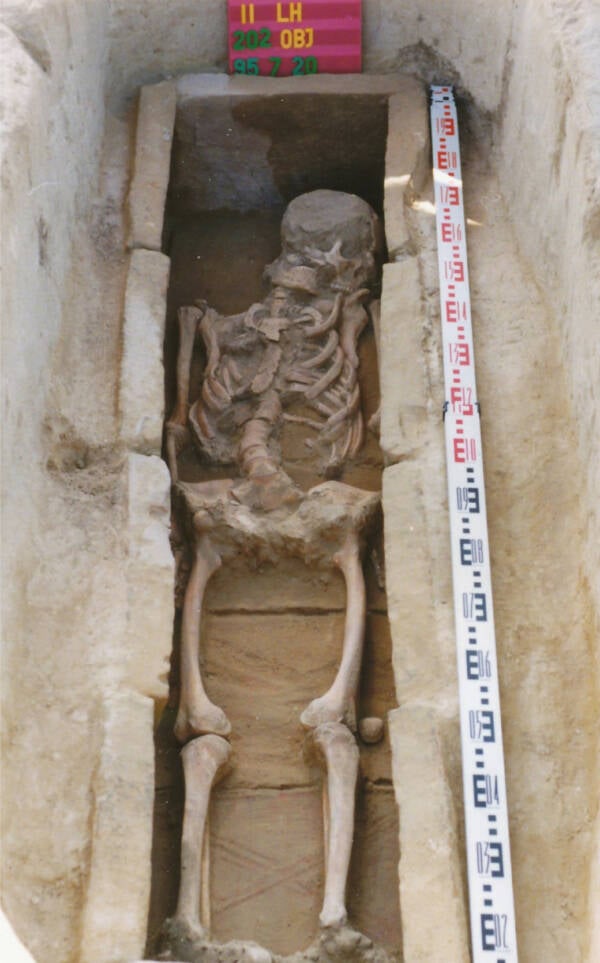 PLOS ONE/Corina Knipper Et al.The archaeology team assessed there were three distinct groups buried at the site. This grave belonged to the founder group, as evident by the Roman-style bricks lining the hole.

The Romans abandoned their provinces in Pannonia (or modern-day Western Hungary) when the Huns invaded during the 5th century. With new foreign groups arriving to seek protection on a regular basis, a substantial period of cultural transformation took hold.

As Rome crumbled, centuries of conflict with their barbarian neighbors ensued. Countless rebellions, assassinations, and infectious diseases plagued the land. Fortunately for Knipper and her team, the Mözs-Icsei-dülö cemetery findings offer incredible clarity on the changes that occurred at that time.

Experts first archaeologically surveyed the site, then used a combination of isotope analysis and biological anthropology to inspect the previously-excavated remains.

What they found suggested a highly diverse community of different ages and groups.

One group was established as the original founder group. Their graves were lined by brick, and presumably Roman. A foreign group of 12 individuals yielded a similar isotopic background, which might suggest they arrived within a few years of the area’s inhabitants. 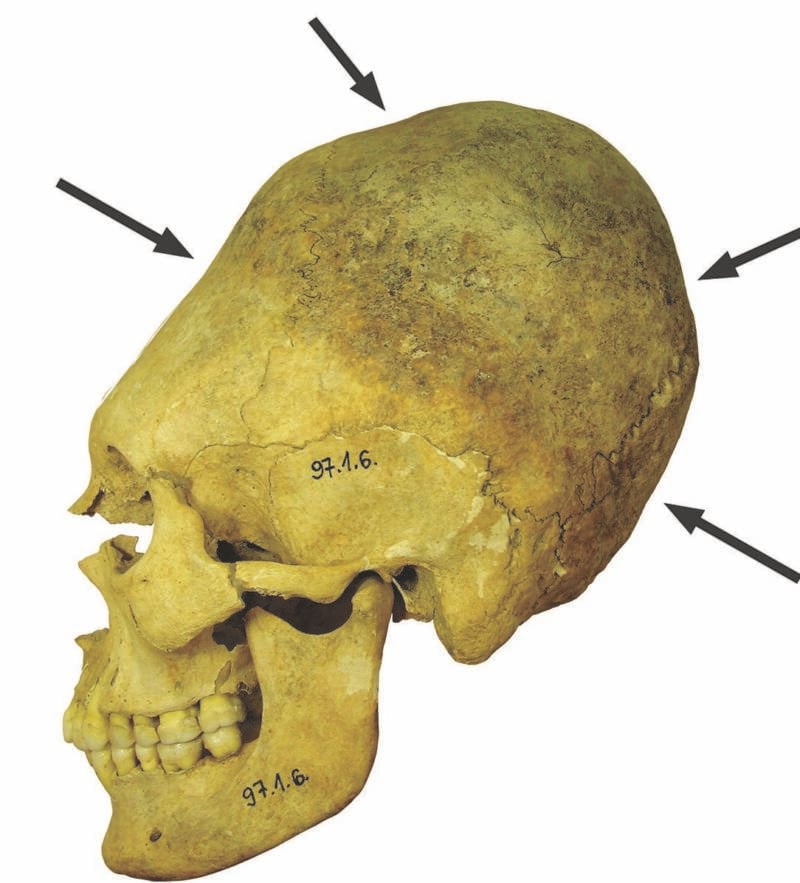 Balázs G. Mende. Research Centre for the Humanities, Hungarian Academy of Sciences, Budapest, HungaryThis skull belonged to an adult woman whose skull was bound in childhood. This led to the elongation of the braincase and depressions in the bone.

The experts concluded it was this second group that introduced the traditions of grave goods and the purposeful elongation of skulls. It was as a result of this, the researchers posit, that a clearly distinct third group — with an assortment of Roman and foreign traditions — was found buried there, as well.

The research team found 51 unnaturally-shaped skulls with clear depressions caused by bandage wrappings. These ranged across all ages and both sexes. While it remains unclear where exactly this tradition was introduced from, archaeologists have found similar skulls all over the world.

Central and Eastern Europe are virtually littered with them — they’ve been discovered from modern-day Austria, Romania, and Serbia, to Slovakia, Croatia, and Hungary. Evidence of the practice has also found in the Americas, Africa, and Asia.

Ultimately, researchers generally agree that this was likely a tradition used to delineate those of high society from the masses of the lower tiers. In the end, only one thing is certain — there’s no place with more of these deformed skulls in all of Central Europe than the cemetery of Mözs-Icsei-dülö.

After learning about this cemetery full of deformed skulls, read about the Aztec tower of human skulls transforming from legend to archaeological fact. Then, learn about the unearthed Philistine cemetery that could shed light on one of the Bible’s big mysteries.