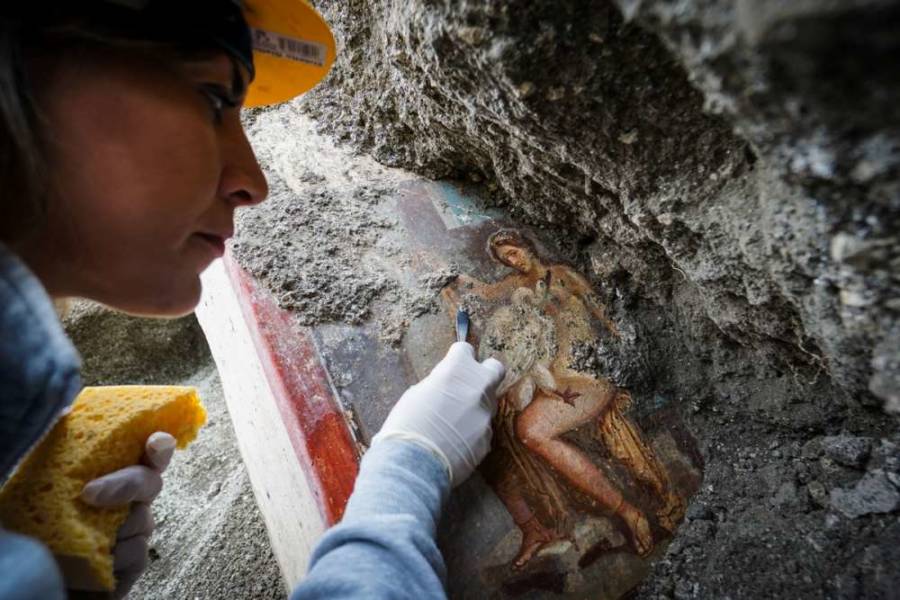 Cesare Abbate/Pompeii SitesLena and the swan fresco that was discovered in the ruins of Pompeii.

The stunning work of art depicts the Greek myth of “Leda and the Swan” — a myth that’s reportedly been a source of inspiration for artists for centuries.

According to IFL Science, it was found in an ancient Pompeii bedroom that was presumably destroyed following the deadly eruption of Mount Vesuvius nearly 2,000 years ago.

What is remarkable is how well preserved the fresco painting is and the stunning colors that it retained since Mount Vesuvius’ eruption in 79 AD.

Italian news agency ANSA reports that the bedroom’s owner was likely a “rich merchant, possibly a former slave who was anxious to elevate his social status through references to high-level cultural myths.”

The myth goes as follows: Zeus fell into the arms of Leda, Queen of Sparta, seeking protection from an eagle. In the tale, Zeus appears in swan form for whatever reason, which explains why the most important mythological God was getting chased by an eagle.

After the eagle cleared away, swan-Zeus seduced Leda, even though she was married to Spartan King Tyndareus and had slept with him that same night. She wound up laying two eggs as a result of both sexual encounters.

However common this tale and the depiction of swan-Zeus impregnating Lena was on Ancient Roman culture, the depiction discovered in Pompeii is pretty unique. 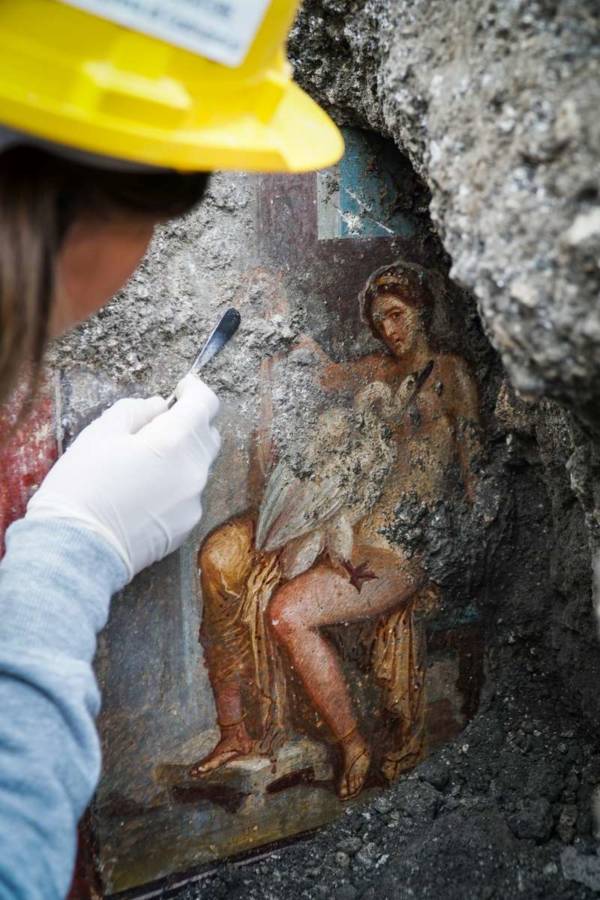 Common depictions show Lena standing, and not sitting as she does here, the couple doesn’t appear to be caught in the act as they normally are, and Lena appears to be painted in such a way that it looks like she’s looking at the fresco’s viewer as they enter the bedroom.

Pompeii archaeological park director Massimo Osanna discussed the uniqueness of this fresco painting in an official video: “This painting, compared with others of Pompeii in the Roman world, is characterized by a pronounced sensuality. It’s presenting Leda welcoming the swan into her lap.”

Officials are currently debating whether or not they should take the already discovered frescos to a different site for public viewing.

Next, take a look at these pictures of preserved bodies that show the last agonizing moments before Mount Vesuvius erupted centuries ago. Then, check out this story about an elaborate shrine that was discovered at Pompeii.