Roman Shrine Preserved For 2,000 Years By Ash From Vesuvius Eruption Unearthed At Pompeii

The shrine, known as a lararium, is surrounded by well-preserved paintings and murals depicting animals, deities, and more. 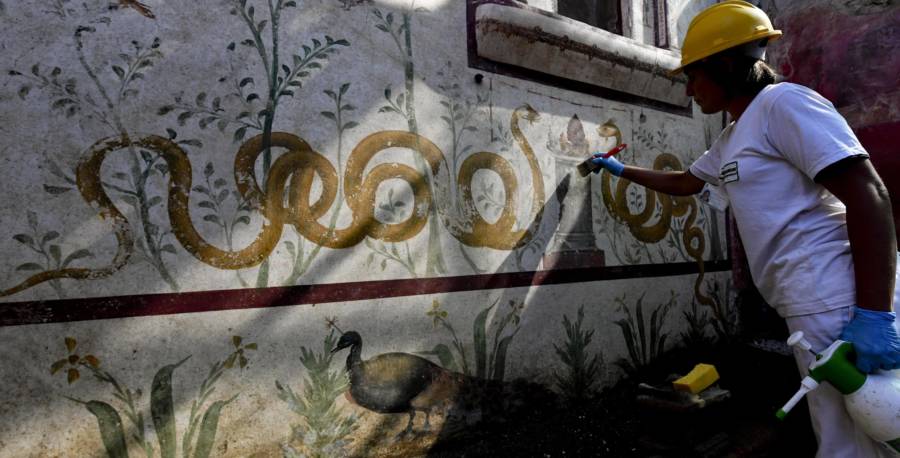 The ruins of the ancient Roman city of Pompeii have given archaeologists another stunning find.

While excavating the ruins recently, researchers uncovered an ancient shrine adorned with vibrant paintings that are providing remarkable insight into the lives of the city’s residents, according to The New York Times. The shrine, known as a lararium, was found set into the wall of a house.

The elaborate shrine is surrounded by several paintings and murals that depict Gods, animals, and other figures that were important in their culture. The figures painted include a peacock, a pair of snakes, and eggs, which symbolize fertility. 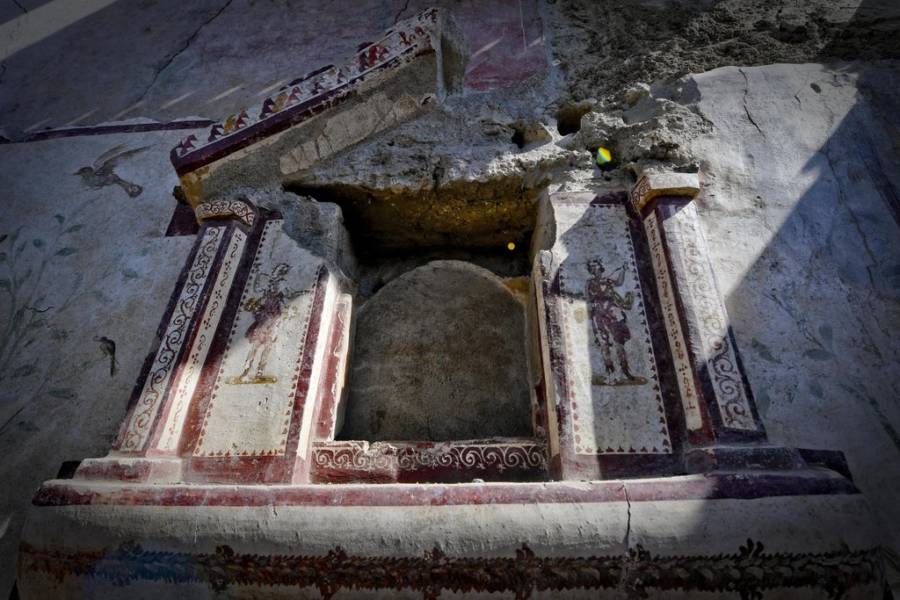 Ciro Fusco/EPA, via ShutterstockThe shrine, a.k.a. lararium, embedded in the home’s wall in Pompeii.

A mural that might depict a Roman version of the Egyptian god Anubis also accompanies the shrine. According to Dr. Ingrid Rowland, a professor at the University of Notre Dame, the Pompeiians were “fascinated by Egyptians,” she told The New York Times.

These stunning paintings have kept their color and vibrancy for thousands of years because of the very thing that caused the demise of their creators: the eruption of Mount Vesuvius in 79 A.D. The volcanic ash that spewed from Mount Vesuvius covered the paintings in a thick layer of ash, which kept it safe from outside forces such as wind and light for thousands of years. 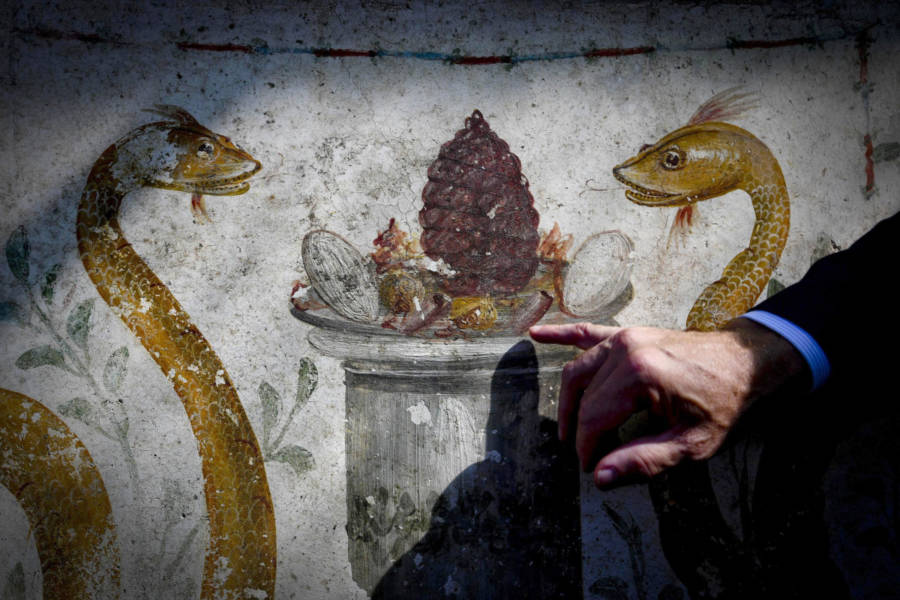 Shrines like these were an important piece in Roman households. Rowland told The New York Times that every house had some sort of shrine like this but some were more elaborate than others.

Although the excavations on the house haven’t been completed yet, the team has also uncovered a garden and a pool on the property.

“Only the wealthiest people could have afforded a lararium inside a special chamber with a raised pool and sumptuous decorations,” Rowland said. 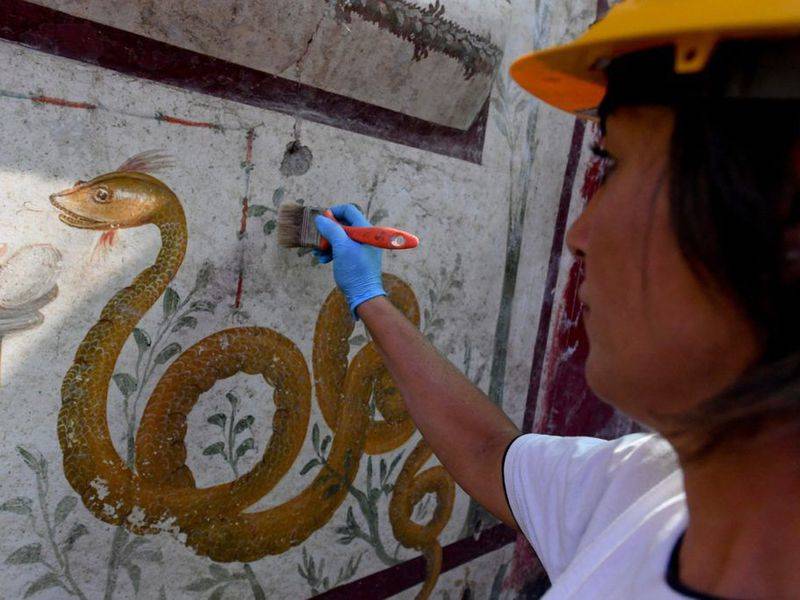 It is typical of most Roman larariums to show images of snakes, birds, and Gods, as well as symbols of fertility like eggs. Massimo Ossana, the archaeologist leading this excavation, told The New York Times that on the altar just beneath the shrine are remnants of burned offerings that were made to the gods.

The well-preserved nature of this shrine, its murals, and paintings is remarkable when you think about the utter devastation that befell Pompeii nearly 2,000 years ago.

When Mount Vesuvius erupted, the Roman writer Pliny the Younger recorded the disaster in great detail, saying that clouds of rock and gas exploded from the volcano “in the form of a very tall trunk, which spread itself out at the top into a sort of branches,” according to History. The death toll from the eruption is said to have reached as high as 30,000.

Many of the people of Pompeii and the surrounding cities were killed instantly by Vesuvius’ deadly volcanic flow and because of the extreme heat, were frozen in time. Lucky for archaeologists, the same thing that took Pompeii down is exactly what has allowed them to make stunning discoveries such as this.