It's the first full 3D skull of a land-based snake species that sported hind legs during prehistoric times. 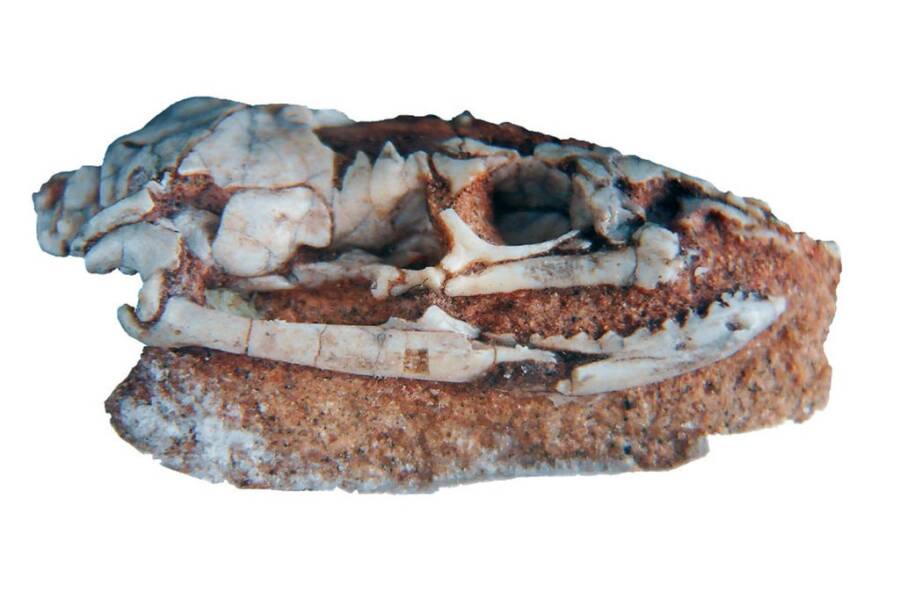 It’s not every day that aspiring scientists stumble upon something groundbreaking, but it happens. In February 2013, Fernando Garberoglio — then still an undergraduate paleontology student from the Universidad de Buenos Aires — found a 95-million-year-old skull of an ancient snake.

Even more impressive? The artifact was a full 3D snake skull in extremely well-preserved condition.

As chronicled by researchers Alessandro Palci and Michael Caldwell, who published a new study on the skull with Garberoglio, the discovery was a significant find that provided archaeologists with the missing pieces to further study an ancient snake species known as Najash rionegrina.

Fossil evidence of the ancient snake, which was named after the biblical legged serpent Nahash, meaning ‘snake’ in Hebrew, was first uncovered in the early 2000s through the discovery of a fragmented skull and partial body skeleton. The remains were found in the Río Negro Province in Argentina, and it was a scientific breakthrough into the evolution of the snake’s anatomy.

Researchers could only uncover minimal information about the snake’s head due to the fairly poor condition of the first skull. Scientists often learn how snakes adapt their highly specialized feeding habits from the features of their skulls, so it was difficult to learn much about snake’s behavioral evolution without an adequate head specimen to examine. 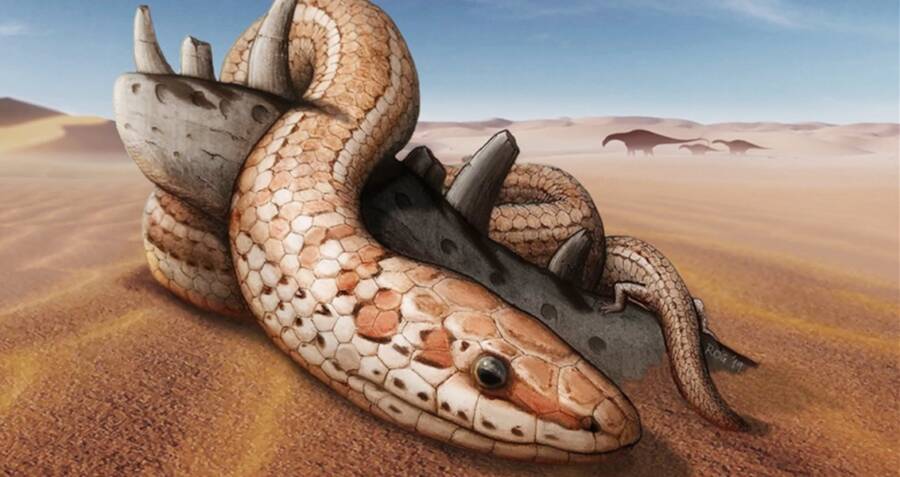 Now, the full skull, which was discovered in the La Buitrera Paleontological Area in northern Patagonia, has given scientists more evidence to work with to further understand this ancient snake species.

Researchers are still trying to figure out how snakes evolved from their ancient ancestors to become the modern slithering animals we know today.

A blind, burrowing snake species called scolecophidians have long been believed to be the most primitive living snakes and, thus, scientists believed snake ancestors were likely to have similar characteristics to them. But the artifacts of Najash suggest something different.

Scientists believe that snakes used to have four legs instead of Najash’s two legs, which means that the four-limbed ancestor of snakes lost the front legs early on in the evolution line, at least 170 million years ago. The new study suggests after losing their front limbs, snakes evolved into hind-legged creatures and stayed that way for at least tens of millions of years.

“‘Snakeness’ is really old, and that’s probably why we don’t have any living representatives of four-legged snakes like we do all of the other lizards,” explained co-author Michael Caldwell, a vertebrate paleontologist at the University of Alberta. 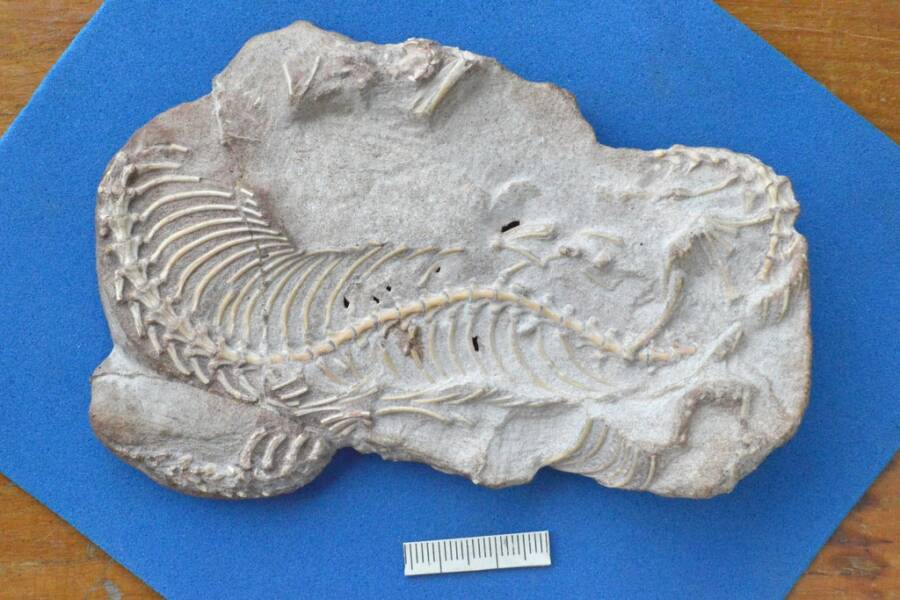 He continued: “Snakes probably were one of the first lizard groups to start experimenting with limblessness, but what’s really intriguing is that they were also very clearly showing the characteristics of their skulls, which are their specialization.”

The skull features of Najash are very different compared to the skulls of scolecophidians, which are small-mouthed.

In comparison, Najash snakes had large mouths lined with sharp teeth and the skulls possessed similar mobile joints that are distinct to modern snakes. However, these ancient serpents also had some bony skull features found in more typical lizards.

Researchers also found that Najash possessed the same shape, position, and connections as the jugal — the rod-like bone that sits behind the eye of modern snakes — more typically found in lizards. From the time of Najash, the lower bar of the snake’s jugal was eventually lost in evolution, leaving behind only a rod-like bone instead.

What this tells us about snake’s evolution is that these animals were evolving the biological ability — most notably skull mobility — to consume larger prey, a distinct trait among today’s snakes.

“It’s quite spectacular what they’ve been able to do as completely limbless animals,” Caldwell said. “And they’ve been doing it for a very long time.”

Now that you’ve learned about the hind-legged ancestors of modern snakes, read about Titanoboa, the 50-foot prehistoric snake of nightmares. Next, find out how scientists re-discovered an ‘extinct’ snake in South Africa.