The relationship between Angelica Schuyler and Alexander Hamilton was certainly flirty in the letters they exchanged, but how far did it actually go? 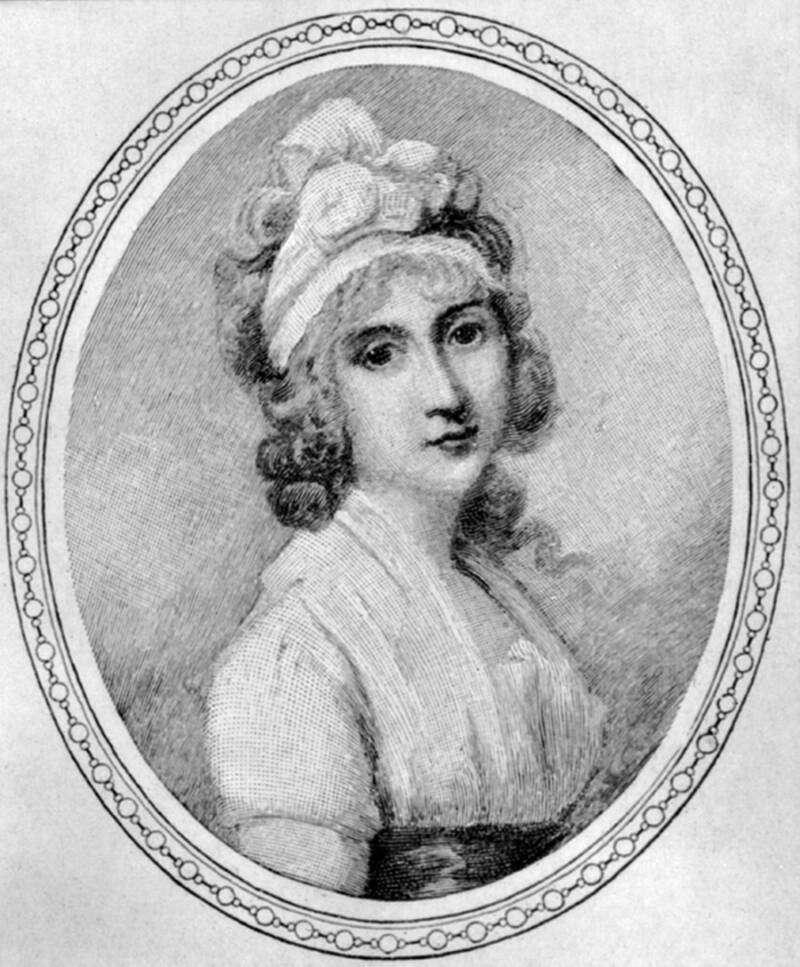 Wikimedia CommonsAngelica Schuyler was a famous socialite whose relationship with her brother-in-law, Alexander Hamilton, caused quite a stir.

Angelica Schuyler was a socialite and the daughter of a Revolutionary War hero who was known for her beauty, intelligence, and her alleged affair with her brother-in-law, Alexander Hamilton.

Even though Hamilton was known for his philandering, after being caught in a public sex scandal in 1797, did Schuyler really betray her own sister?

Angelica Schuyler Is Raised In Riches

Angelica Schuyler Church was born on Feb. 20, 1756. She was the eldest daughter of General Philip Schuyler, a Revolutionary War hero who later became one of the first senators of New York, and his wife Catharine van Rensselaer, who was of one of the wealthiest family’s in the state. 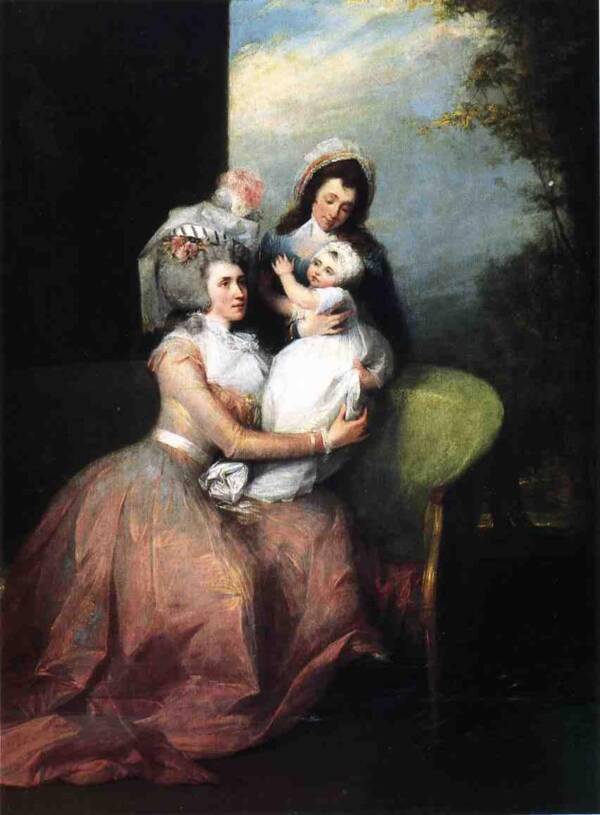 Wikimedia CommonsPortrait of Angelica Schuyler by John Trumbull who served in the Continental Army with Schuyler’s husband.

Schuyler and her siblings had a sheltered childhood in Upstate New York. She was educated and described as intelligent, attractive, and was frequently compared to her demure sister, Eliza Schuyler Hamilton, as being more sociable.

As she fluttered through social circles, Angelica Schuyler met John Barker Church, a successful British businessman who left London and served in the Continental Army. In 1777, a 21-year-old Schuyler eloped with Church in fear that her father would disapprove of their marriage.

Church had come to the U.S. under the name John Carter in order to avoid bankruptcy in England. He found commercial success as a supplier for both the French and American armies and was later recruited to become General Washington’s Commissary General during the war. 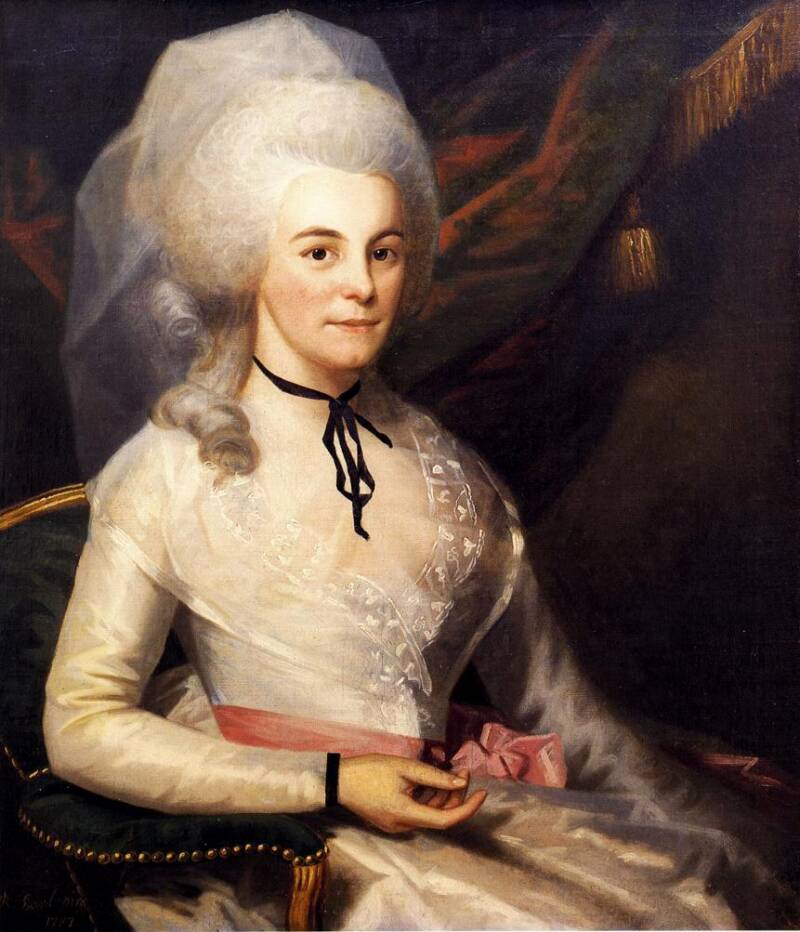 In a letter to Alexander Hamilton, who later married Schuyler Church’s sister, Eliza, General Schuyler hinted at his disappointment in his daughter’s elopement, writing that, “Mrs. Schuyler did not see her eldest daughter married. That also gave me pain, and we wish not to experience it a second time.”

Nevertheless, six years later and with two children in tow, the couple moved to Europe.

Angelica Schuyler and her husband first lived in London where they had a total of eight children together and became part of the Prince of Wales’ inner circle. The couple’s social profile only grew when Church was elected to serve on the British Parliament in 1790.

Schuyler also spent a good deal of time in Paris. Between her family’s status, her sister’s husband, and her husband’s political connections, Schuyler often entertained important dignitaries and public figures in the elite Parisian circles.

Although it was her husband who was the politician, Angelica Schuyler was smart enough to forge her own influential relationships in Europe.

She held her own in the presence of diplomats, artists, and scholars alike. She hosted frequent parties that boasted a stellar guest list that included artists like John Trumbull, Richard and Maria Cosway, and political figures like Edmund Burke and the Marquis de LaFayette, who escaped from a Prussian prison with the help of her husband. 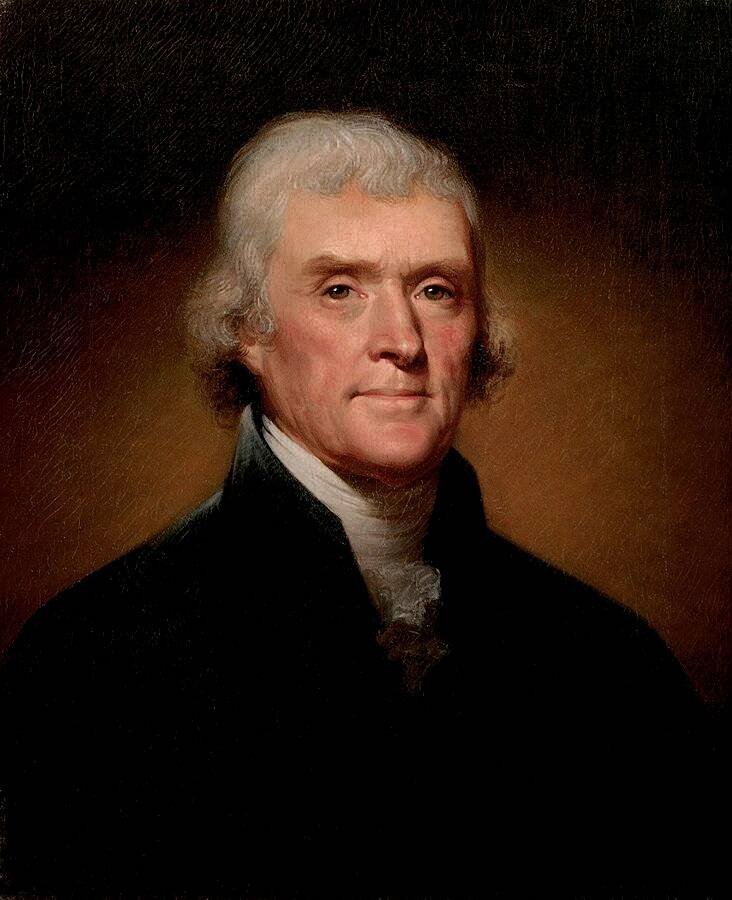 Wikimedia CommonsShe formed a close friendship with Thomas Jefferson (pictured) whose daughter also went to school with hers.

Sometime around 1786, Angelica Schuyler was introduced to Thomas Jefferson by their mutual friend Maria Cosway. Meanwhile, the Schuylers’ daughter, Catherine who was nicknamed “Kitty,” attended the same school as Jefferson’s own daughter. Jefferson even came to consider Kitty a ward of his own.

Her Rumored Affair With Hamilton

One stirring revelation about Angelica Schuyler was that many suspected she was involved in a romantic affair with her own brother-in-law, Alexander Hamilton.

The two forged a close relationship and fervently exchanged letters. In one correspondence postmarked Feb. 19, 1796, Schuyler playfully wrote to Hamilton asking him to help her find a house search ahead of her family’s return to New York from Europe.

“I am sensible how much I trouble I give you, but you will have the goodness to excuse it, when you know that it proceeded from a persuasion that I was asking from one who promised me his love and attention if I returned to America,” Schuyler wrote. 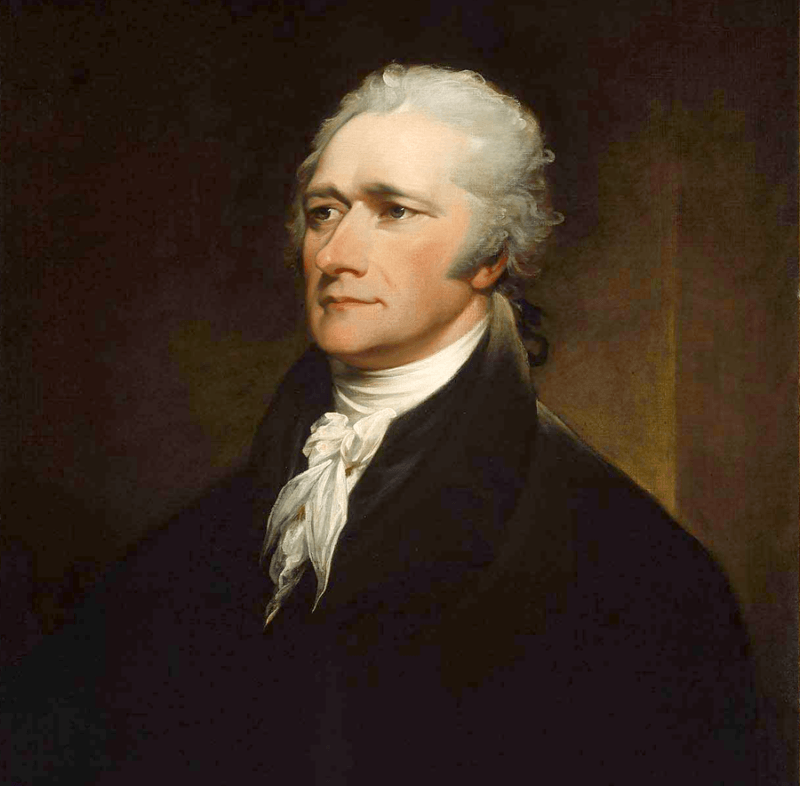 Their relationship became even more questionable with Schuyler’s own declarations about her adoration for her brother.

In one of her letters, she bluntly admitted to her sister that she loved Hamilton “very much and, if you were as generous as the old Romans, you would lend him to me for a little while.”

Hamilton later became embroiled in a sex scandal with a married woman named Maria Reynolds, which led many to believe that he could possibly be having an affair with Schuyler, too.

This alleged affair between Schuyler and Hamilton, though never completely proven, was infused into the popular Broadway musical Hamilton which follows Hamilton’s colorful story.

Renee Elise Goldsberry, in the pink dress, as Angelica Schuyler in Hamilton.

Goldsberry performed a solo in the song “Satisfied” where Schuyler’s character professes her love for Hamilton but admits that his poor fortune kept her from pursuing him further. In addition to her alleged love affair with her brother-in-law, the show also portrayed her as a feminist.

This depiction of the eldest Schuyler sister as an ardent feminist was refuted by historians who also criticized the musical for whitewashing Hamilton’s problematic views as a politician. Hamilton is set to become a feature film which will debut in July 2020.

Angelica Schuyler and her family eventually returned to New York where she built herself a mansion. She did not have much correspondence with Jefferson or others during this period but her daughter, Kitty, continued to write to him. Schuyler remained in New York with her family until her death at 58 in 1815.

A little New York town that her husband purchased in 1800 is named for her: Angelica.

Next, read about how First Lady Edith Wilson took over her husband’s duties as president of the United States after he suffered a stroke. Then, explore the mysterious disappearance of Aaron Burr’s daughter, Theodosia Burr.