When former Air Force intelligence officer Summer Worden noticed irregularities in her bank account, she investigated — and found that her ex-wife Anne McClain was logging on from outer space. 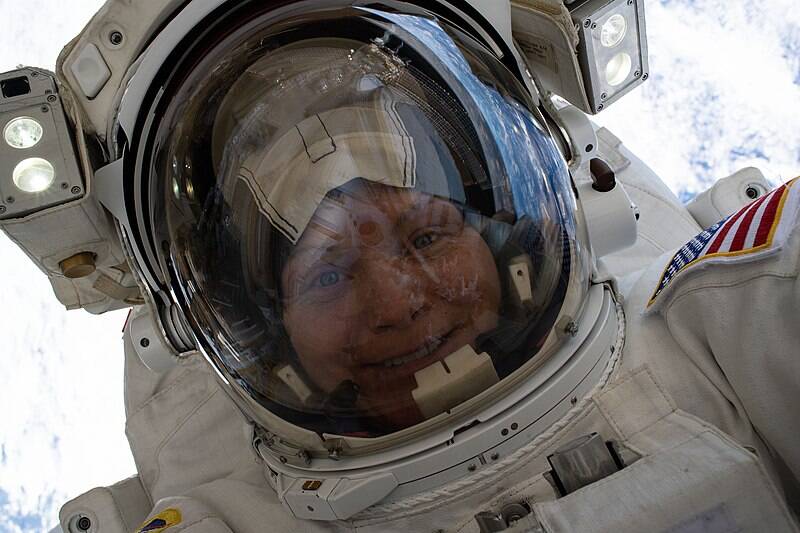 In a stark reminder that our earthly laws do still apply in outer space, decorated American NASA astronaut Anne McClain has become the first person in history to be investigated for an alleged crime she committed while aboard the International Space Station (ISS).

According to The New York Times, when Anne McClain’s ex-wife and former Air Force intelligence officer Summer Worden noticed some strange activity on her bank account, she couldn’t help but investigate.

When she asked her bank about the locations of any and all devices that were used to log in, the list of potential suspects shrank astronomically — as one of the computer networks was registered to NASA. With her ex-wife on a six-month mission aboard the ISS, it was clear that McClain was the culprit.

The astronaut has since admitted to logging in, but only because the two women had been married until recently and were still financially entangled. Nonetheless, despite McClain explaining she merely wanted to make sure the former family unit was in healthy economic shape, Worden took immediate action.

The former intelligence officer filed a complaint with the Federal Trade Commission, while her family lodged a complaint with NASA’s Office of Inspector General. Anne McClain is now officially accused of identity theft as well as improper access to Worden’s private financial records.

The so-called space crime is an unprecedented incident and historical first in the record of human space travel.

A CBS This Morning segment on the ongoing investigation of Anne McClain.

“I was pretty appalled that she would go that far,” said Worden. “I knew it was not O.K.”

To be clear, McClain says she signed in to her ex-wife’s bank account to look at the state of her finances. The former couple was raising Worden’s son, who had been born a year before they met. According to the astronaut’s under-oath interview with NASA’s inspector general, she was simply concerned.

No funds had been moved, transferred, or used.

Anne McClain’s lawyer, Rusty Hardin, said his client “is totally cooperating” with the investigation. He explained that she wanted to know if there were sufficient funds in Worden’s account to get any bills paid on time and to care for the child they had been raising together.

Accessing Worden’s account was part of a regular routine while the two were still together, said Hardin. McClain simply continued using the password she’d used before — merely to look — and hadn’t been told by Worden that this was no longer acceptable.

“She strenuously denies that she did anything improper,” said Hardin.

Nonetheless, this investigation into what could become history’s first-ever space crime has raised some interesting questions regarding jurisdiction in the infinite abyss. Who, exactly, is in charge of navigating the judicial quandaries when someone has committed a crime? 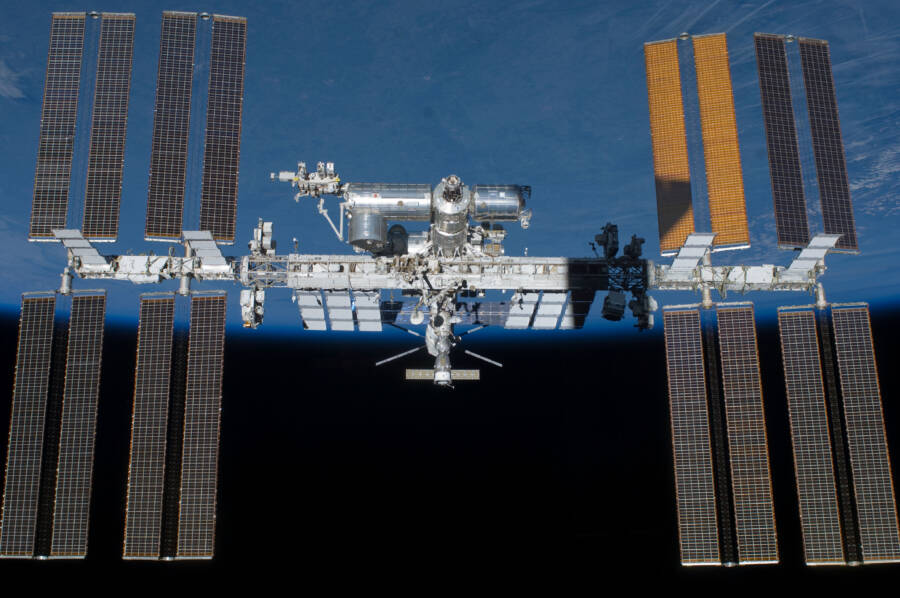 NASAEach space agency (U.S., Russian, Japanese, European, and Canadian) part of the International Space Station is under jurisdiction of their national law. Thus, McClain is being investigated by NASA and the United States government.

In terms of the ISS, specifically, procedures to manage any and all jurisdictional questions that could arise while a group of international astronauts is orbiting the planet together have long been established. It’s essentially as simple as applying national law to any person breaking it — thus, the U.S. is handling McClain’s investigation.

While the United States., Russian, Japanese, European, and Canadian space agencies do have protocols in place, Sundahl said there haven’t ever been any crimes committed in space or aboard the ISS until now. He’s confident this is only the beginning, and that legal disputes will simply become a standard factor of space travel as long as we continue to engage in it.

“The more we go out there and spend time out there, all the things we do here are going to happen in space,” said Sundahl.

Of course, all of this trouble started long before. Summer Worden and Anne McClain married in 2014, but the former rejected McClain’s plea to adopt the child. In 2018, McClain asked a judge in Houston if he could grant her shared parenting rights, claiming Worden had a bad temper and made poor financial decisions. 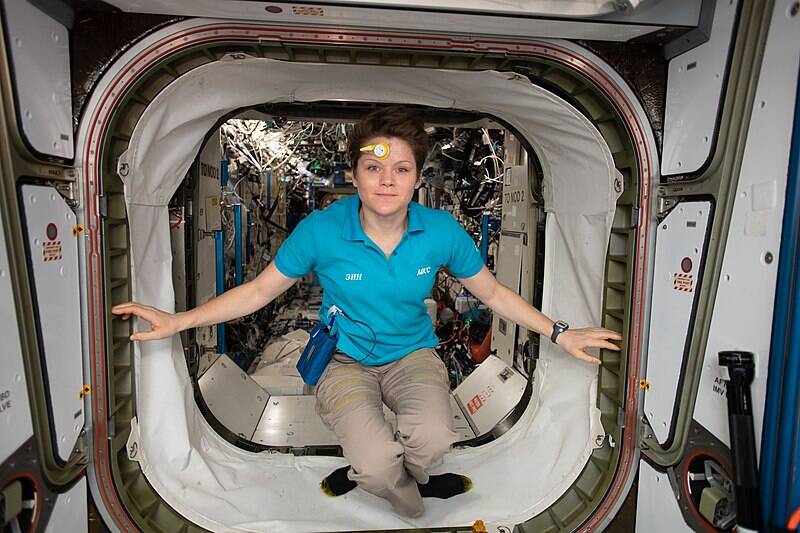 Wikimedia CommonsAnne McClain accused Summer Worden of assault in 2018, after which Worden filed for divorce. The case was dismissed, and according to Worden, McClain is simply trying to gain custody of her child.

The astronaut also posted photos of herself in official NASA gear standing next to Worden’s son to Twitter. “The hardest part about training for space is the 4 yr old I have to leave behind every time I walk out the door,” she wrote.

Later that year, Worden filed for divorce — after McClain accused her of assault. The case was eventually dismissed, with Worden arguing this was merely another ploy in McClain’s attempt to gain custody of her child.

Only a few months later, McClain launched to space. That’s when Worden noticed irregularities in her bank account and asked NASA for clarification. They then inquired with McClain, who emailed her ex-wife about it. 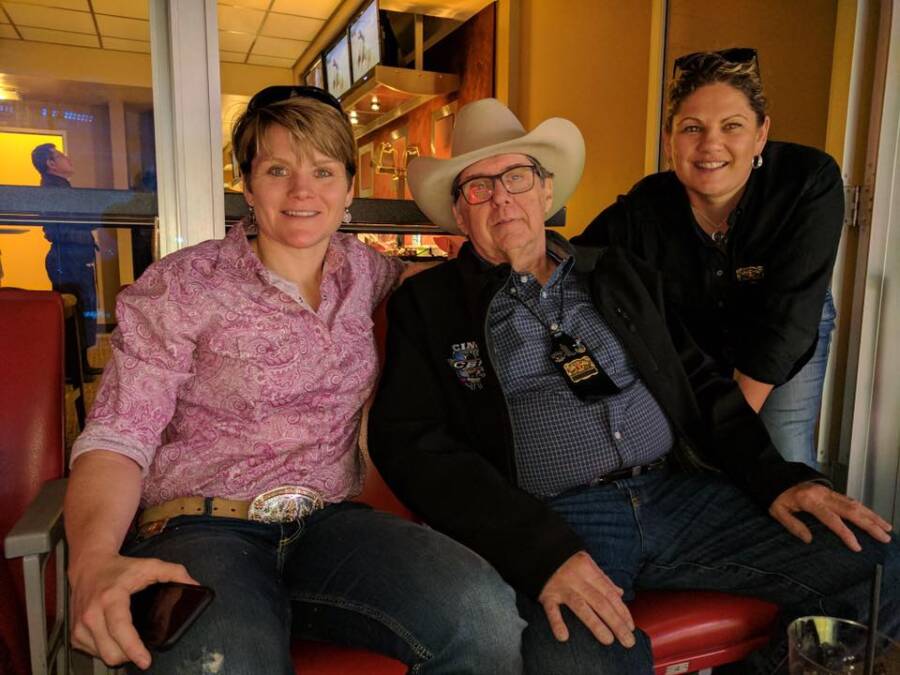 FacebookWorden said that her ex-wife should stop using the court system to gain access to Worden’s child.

“They specifically mentioned threatening emails from orbit, and accessing bank accounts — not sure where that info comes from,” Anne McClain wrote in her email.

At the time, the astronaut was about to make history with NASA’s first all-female spacewalk. Unfortunately, there was an unexpected change in plans mere days before — as there weren’t enough properly-sized suits for McClain and her fellow astronaut Christina Koch.

Ultimately, this historical space crime investigation is at its core a custody battle. According to the New York Post, Worden is merely trying to protect her child — and hopes her ex-wife stops using the court system to legally force a relationship with the child.

“The person I married, is not the person I know today,” said Worden. “I’m just fighting for my son. That’s it.”

After learning about NASA’s investigation into the first potential space crime in history, take a look at NASA’s incredible ultra-high-definition video of the sun. Then, learn about sex in outer space — is it actually possible?