25 Of The Most Unbelievably True Antarctica Facts

These incredible Antarctica facts and pictures prove how gorgeous and mysterious this icy desert (yes, it's a desert) truly is.

Antarctica is under stress: The frigid continent contains more than 90 percent of the world’s natural ice, but centuries of human industrialization may spell disaster for both Antarctica’s landscape and the world.

Indeed, a new study suggests that an Antarctic ice sheet bigger than Mexico could disintegrate within mere decade, and raise sea levels by 12 feet or more in the process. And changes like those show no signs of slowing down.

These Antarctica facts and pictures below reveal the southernmost continent’s chilly beauty as well as the havoc the continent may wreak on the world if it continues to melt: 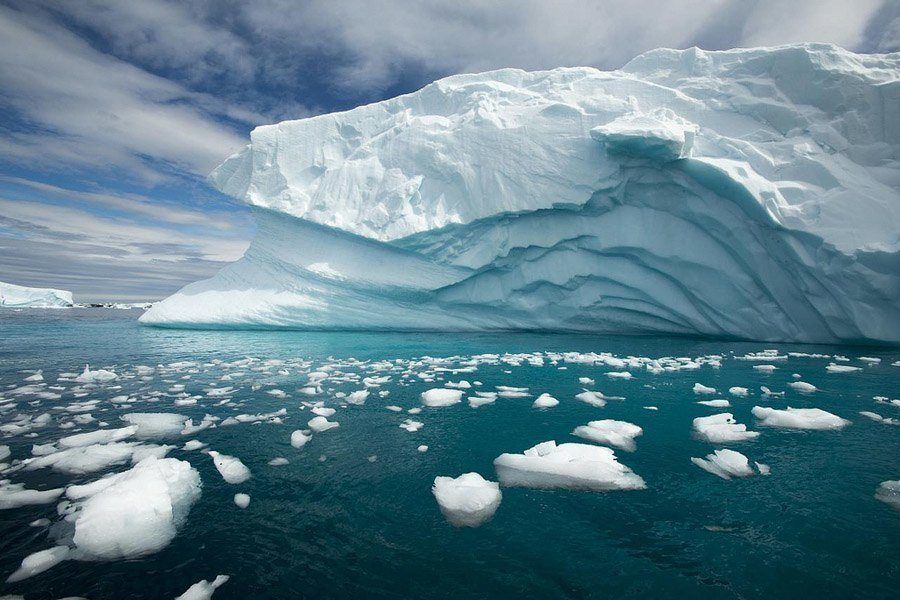 Although the continent is primarily covered by a thick sheet of ice, Antarctica is actually classified as a desert, due to the limited amount of moisture which falls from the sky.Christopher Michel/Flickr 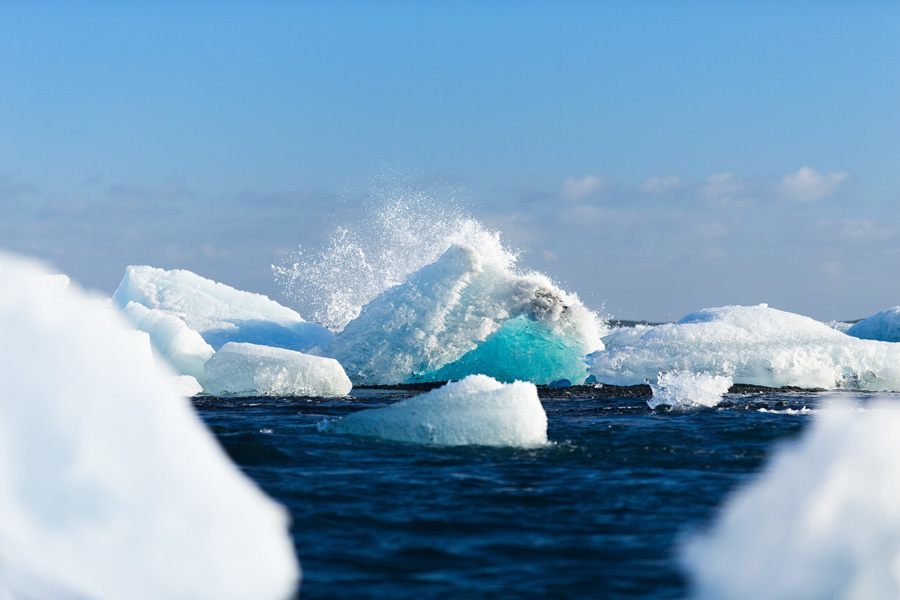 Average ice thickness in west Antarctica is 4,285 feet. In the east, it averages a thickness of 7,300 feet. Pexels 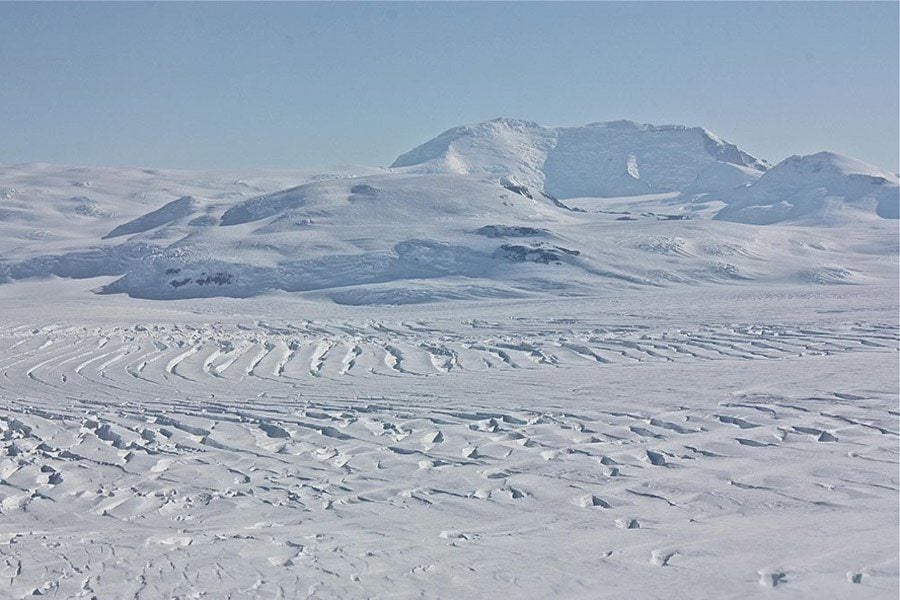 The Antarctic Peninsula is extremely sensitive to small changes in average daily temperature. The two polar regions are sometimes referred to as “the canary in the coalmine,” meaning they show the effects of global warming long before the rest of the world. Wikimedia Commons 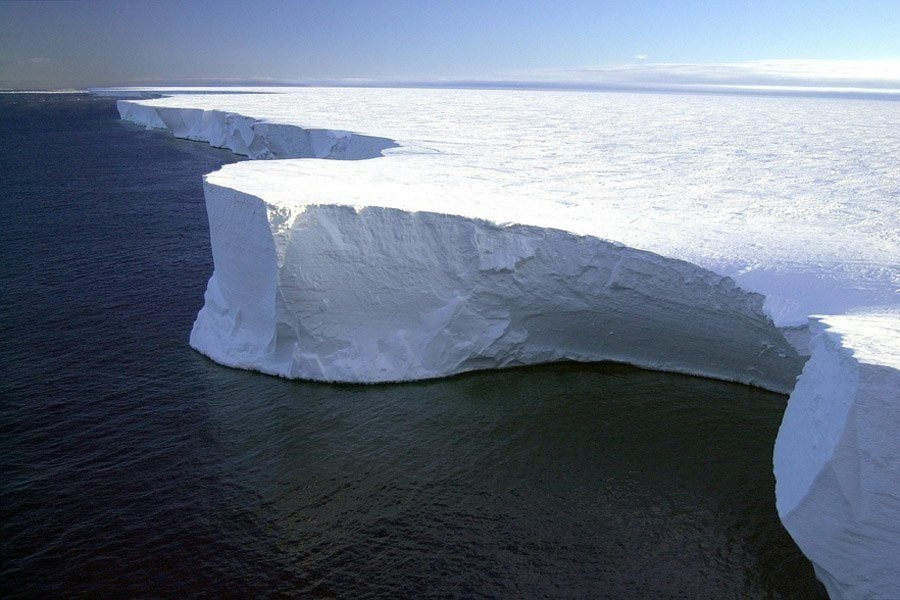 The surface of Antarctica varies greatly in accordance with the seasons. As the ice expands in winter, the coastline nearly doubles in size. Pixabay 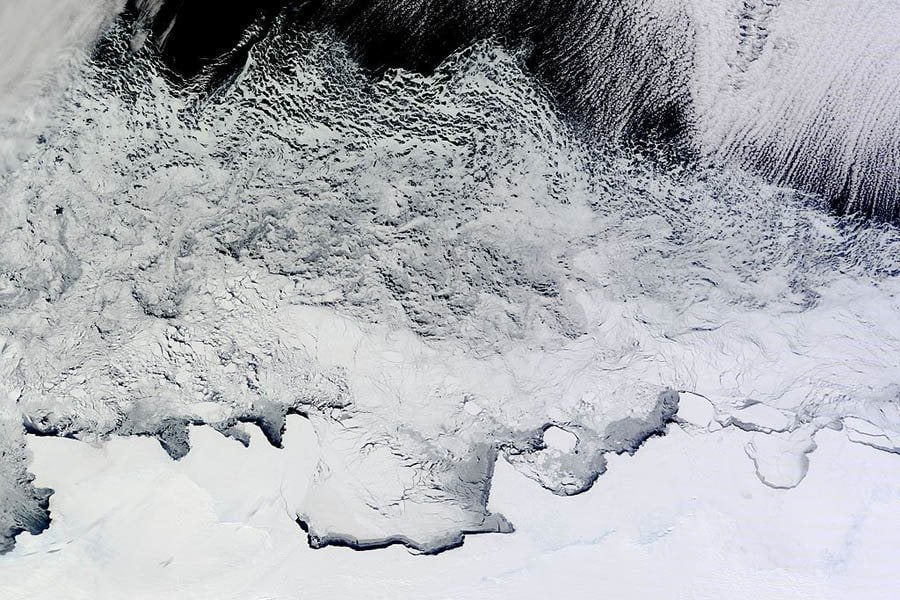 The average temperature of the Antarctic Peninsula has increased nearly three degrees Celsius over the last 50 years — around ten times faster than that of the rest the world. Wikimedia Commons 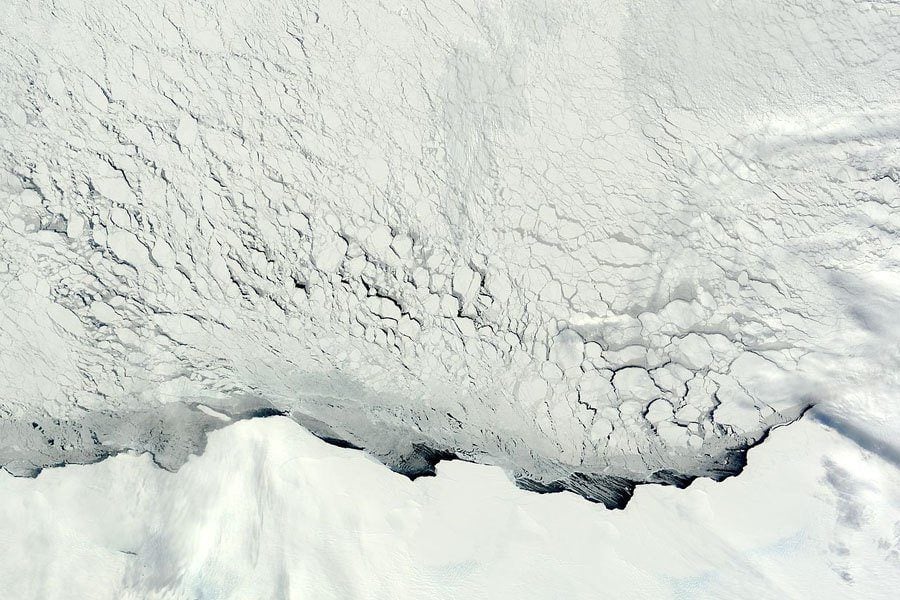 Though there has been significant ice loss on the peninsula, the 96 percent of the continent that makes up the rest of Antarctica has shown no unusual or significant loss of ice. Wikimedia Commons 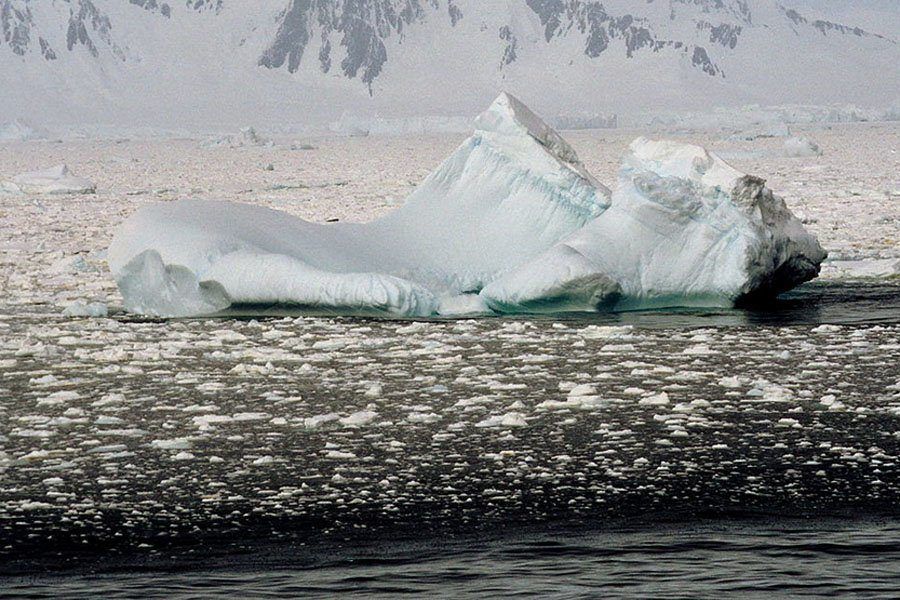 Warming temperatures have led to ice shelf collapse. In 2002, the Larsen B ice shelf broke away from the Antarctic Peninsula, spilling 500 billion tons of ice into the sea. Jerzystrzelecki/Wikimedia Commons 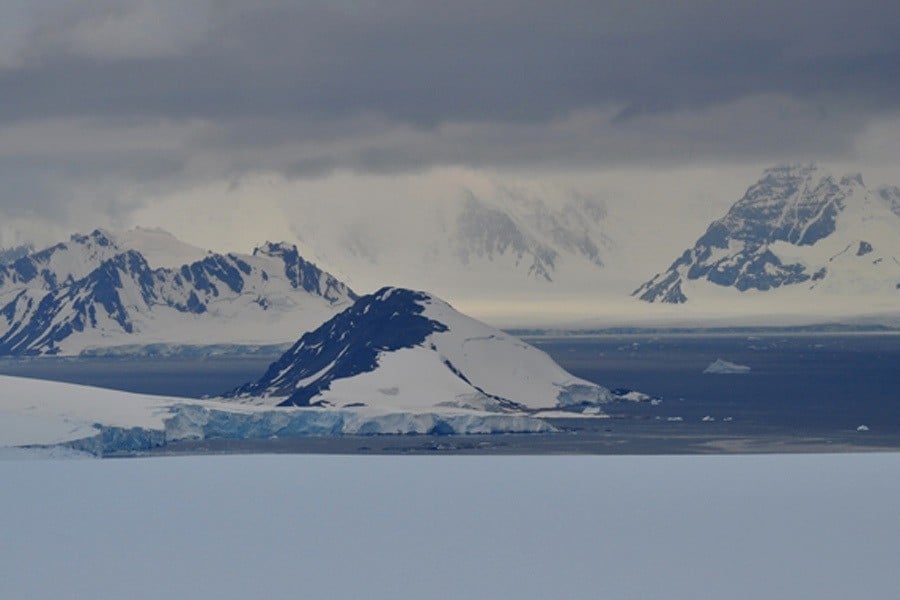 The rate of ice melt increased significantly beginning in 2009, and annual ice loss in the peninsula is now around 60 cubic km — roughly the yearly domestic water supply of the UK. Vincent van Zeijst/Wikimedia Commons 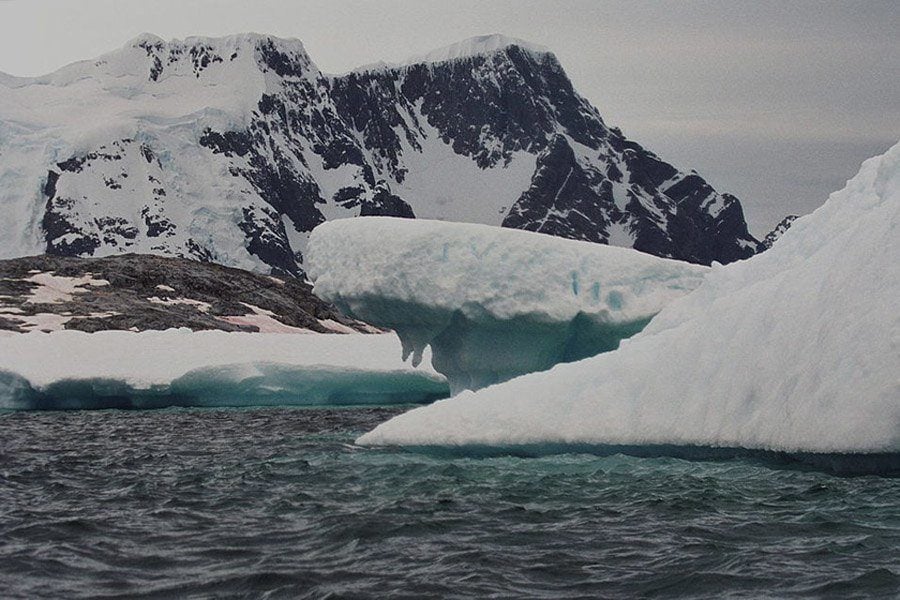 According to Science Magazine, the surface of the Antarctic Peninsula is currently lowering at the dramatic rate of four meters per year. Jerzystrzelecki/Wikimedia Commons 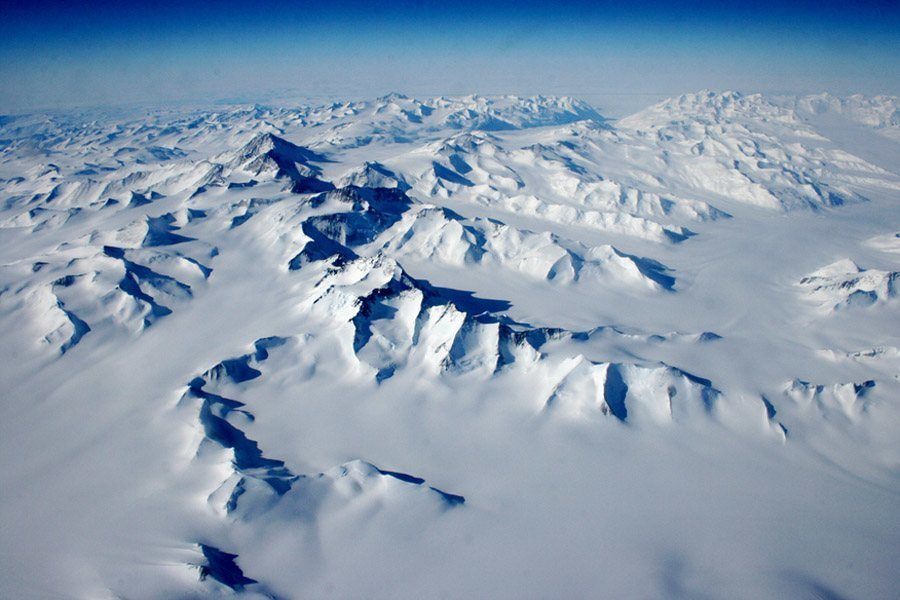 During one ten-year study of ice loss in the region, scientists found no major increase in temperature or decrease of snowfall, leading them to believe that the rapid ice loss is being caused by rising ocean temperatures. Eli Duke/Flickr 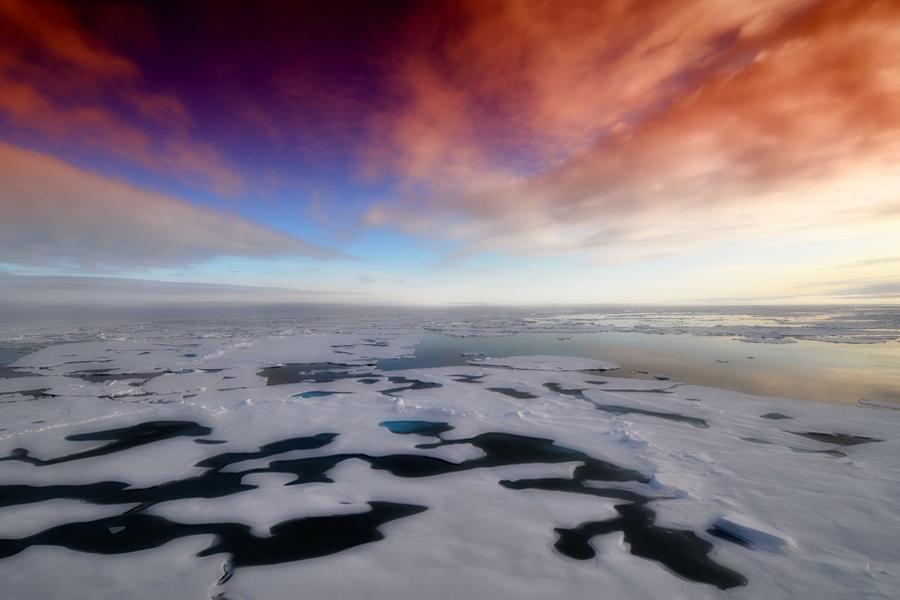 Ice loss and sea acidification has caused the krill population in the Antarctic Ocean to decline by 80 percent since the 1970s. Numerous species depend on krill for survival, including whales, birds, penguins, and seals. Pixabay 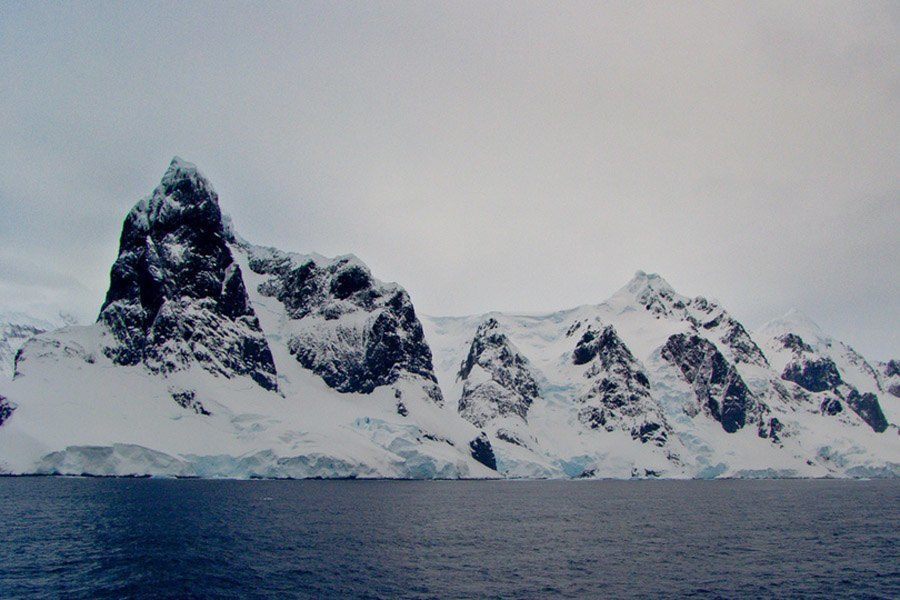 The harsh climate and rough terrain have afforded a level of protection to Antarctica's native species, but warming climates and over-harvesting of sea life have threatened the balance of the local ecosystem. Marina & Enrique/Flickr 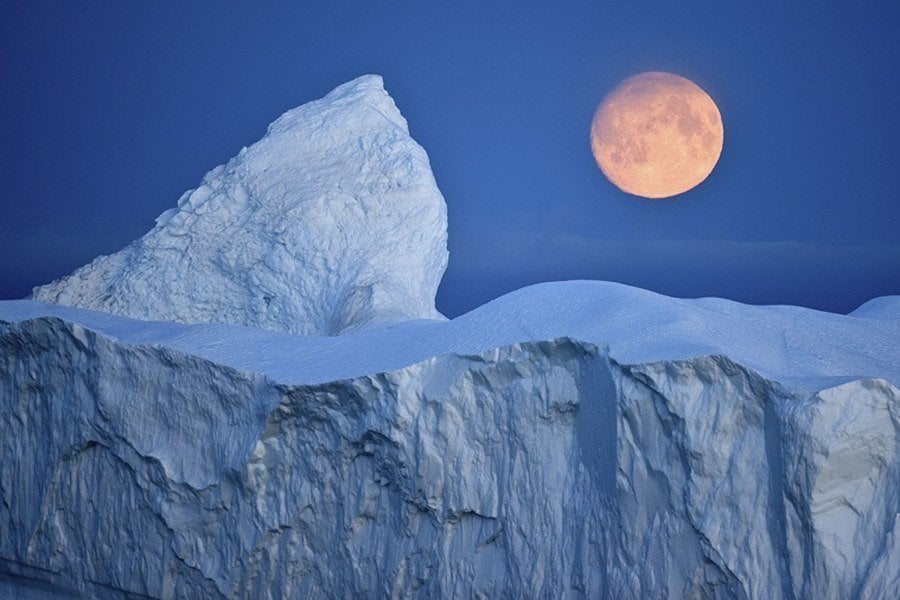 Human activity (and impact) in the Antarctic region began as far back as the 1700s, when early explorers hunted several species of seals, nearly wiping them out entirely. Widespread whaling in the early 1900s also decimated the whale populations to near extinction levels. Pixabay 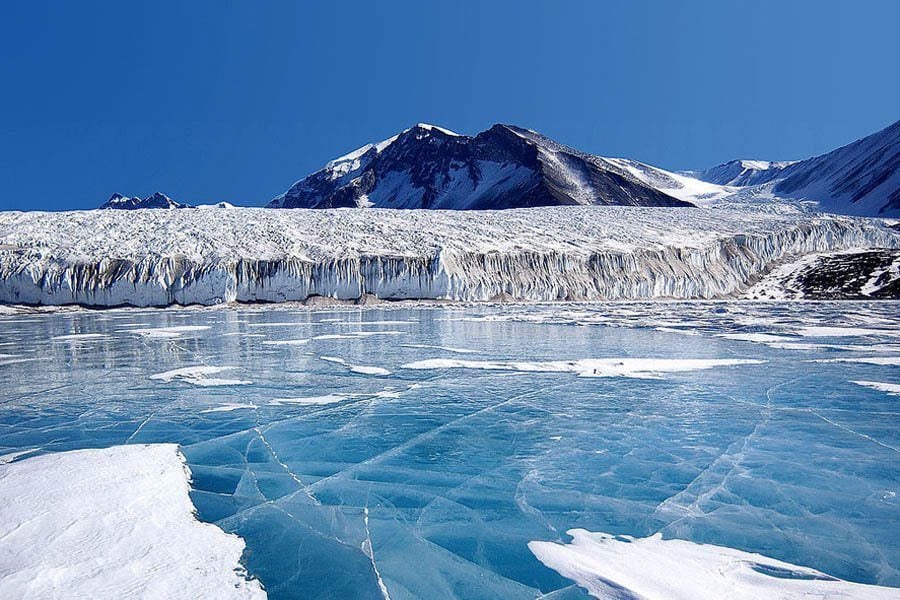 The blue ice over Lake Fryxell (above) is a result of fresh water melting off the Canada Glacier as well as other smaller glaciers. The fresh water freezes on top of the saltwater lake, sealing in the briny water below and creating the crystal blue ice on the surface. Wikimedia Commons 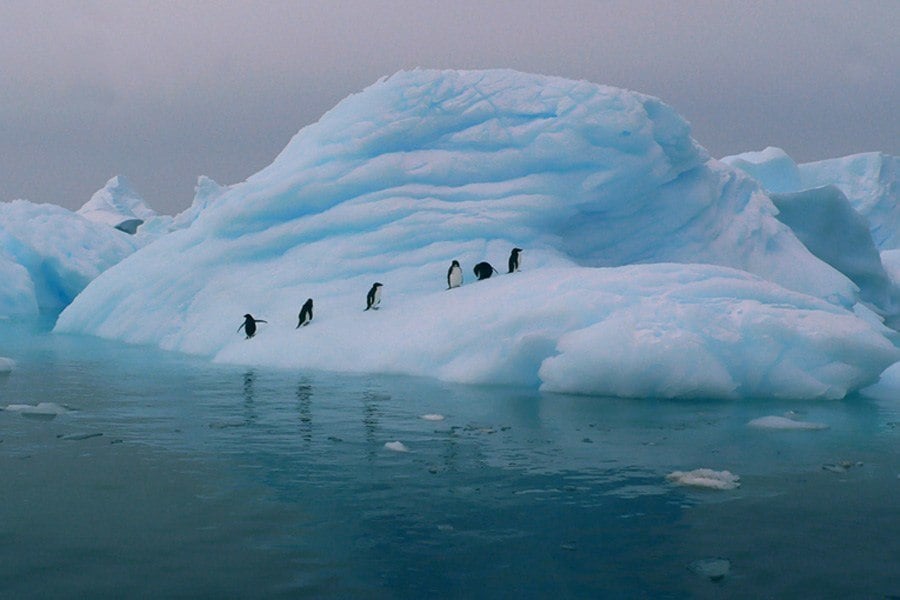 Adélie penguins’ numbers have decreased significantly due to sea ice loss — a fate that scientists believe may befall Emperor penguins as time goes on. Vassal Tzvetanov/Flickr 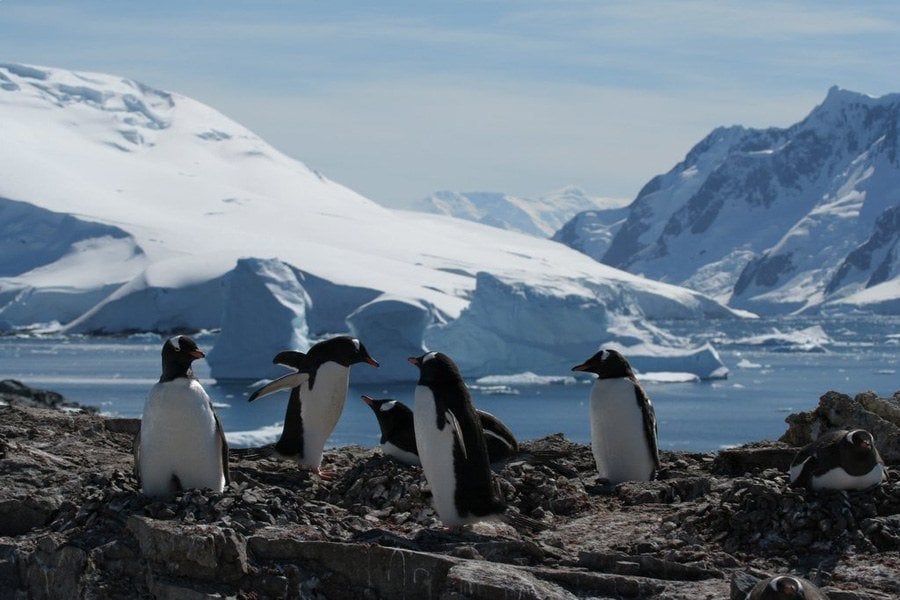 Gentoo and Chinstrap penguins, on the other hand, are ice-tolerant as opposed to ice dependent, which means the areas suitable for their habitats have expanded. Hamish Moffatt/Flickr 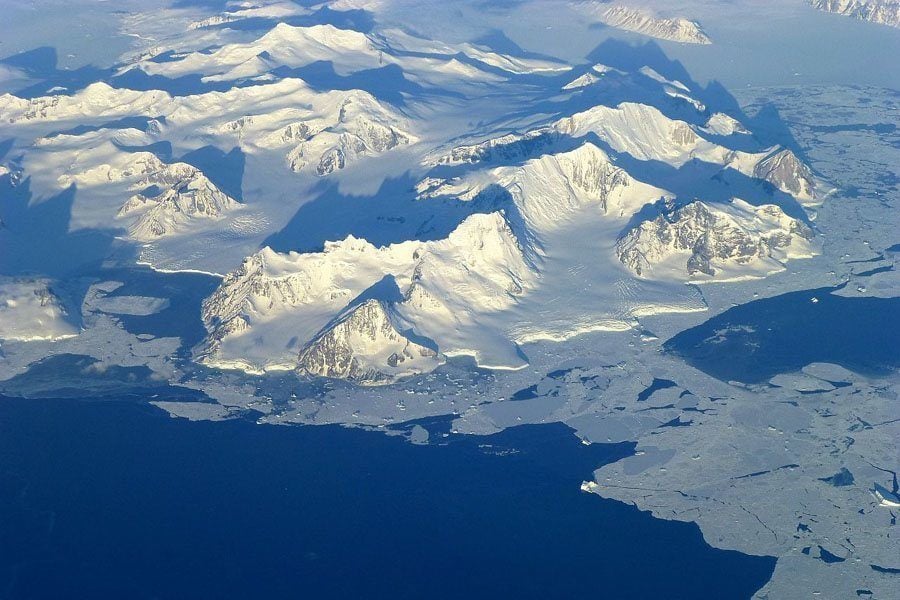 According to Dr. Bert Wouters of the University of Bristol, "The westerly winds flowing around Antarctica have increased in strength in recent decades -- probably as a result of global warming and changes in the ozone hole." Wikimedia Commons 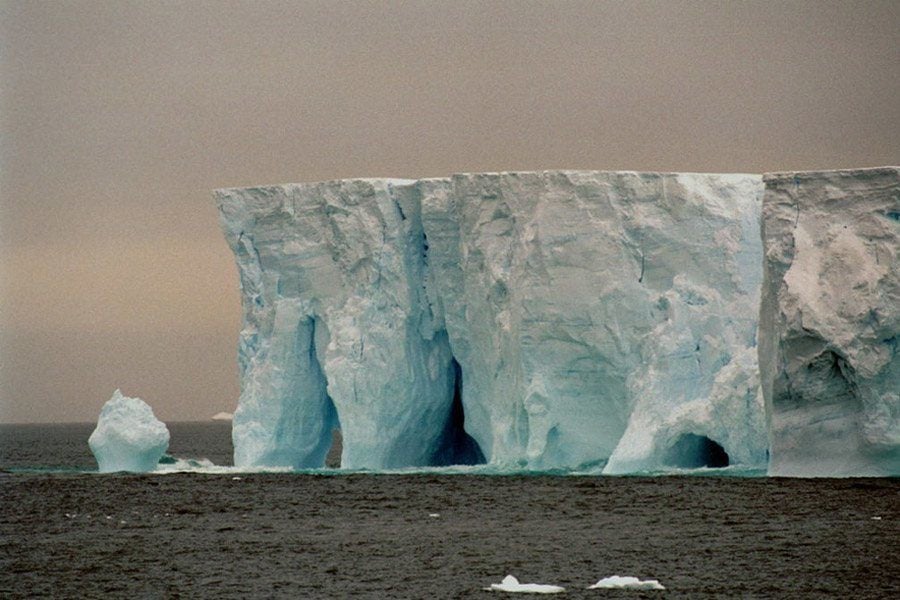 Dr. Wouters continued, "Now, because these winds have become much stronger, they are pushing more water from the deep ocean on to the continental shelf of Antarctica. This water is relatively warm. It's not warm like in Majorca, for example, but it has a temperature of one to two degrees centigrade, which is above the freezing temperature of ice, so it carries enough heat to melt the glaciers and their ice shelves from below." Jerzystrzelecki/Wikimedia Commons 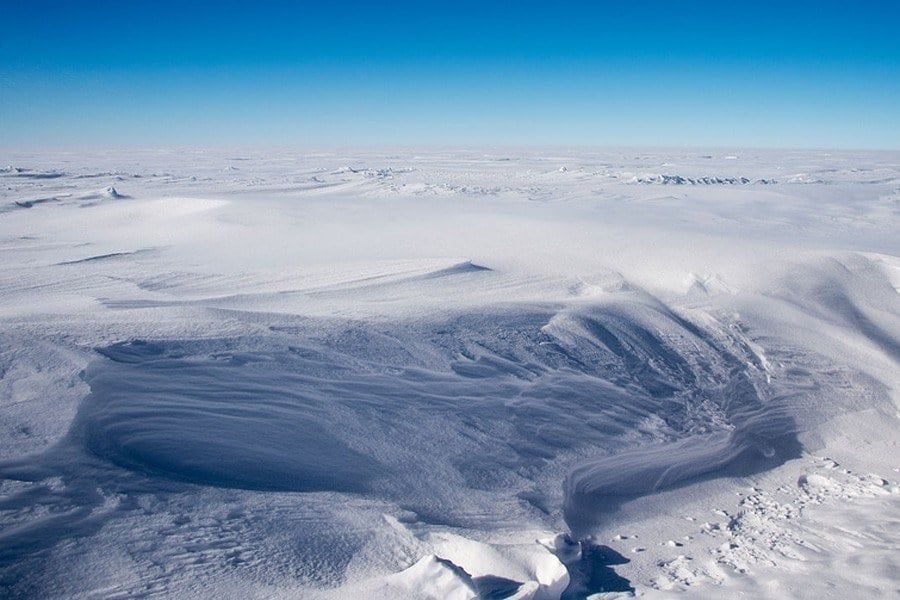 One study recently reported that the eventual collapse of the West Antarctic ice sheet could lead to a sea level rise of as much as nine feet worldwide. Christopher Michel/Wikimedia Commons 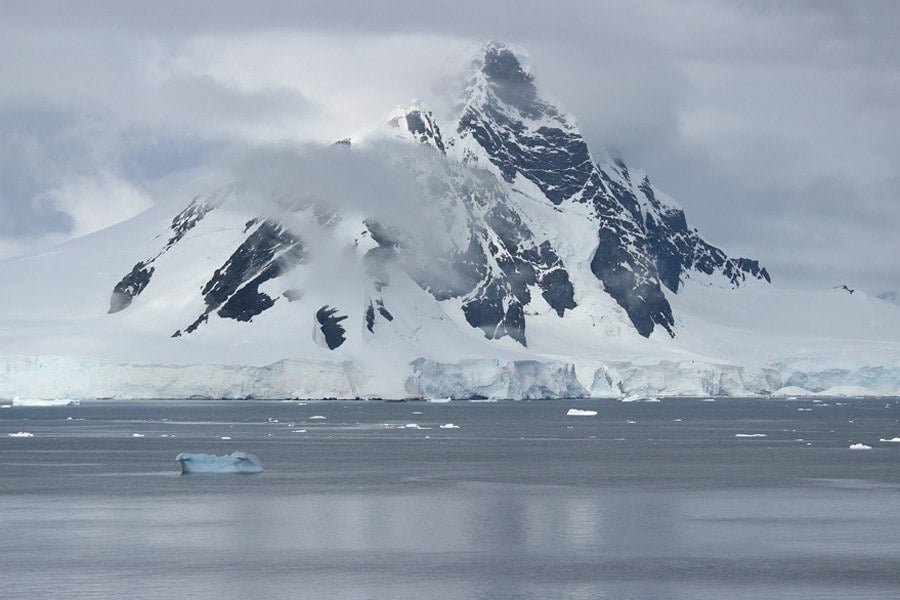 If this were to happen, a global catastrophe would occur as coastal cities around the would would flood to the point of being uninhabitable. Pixabay 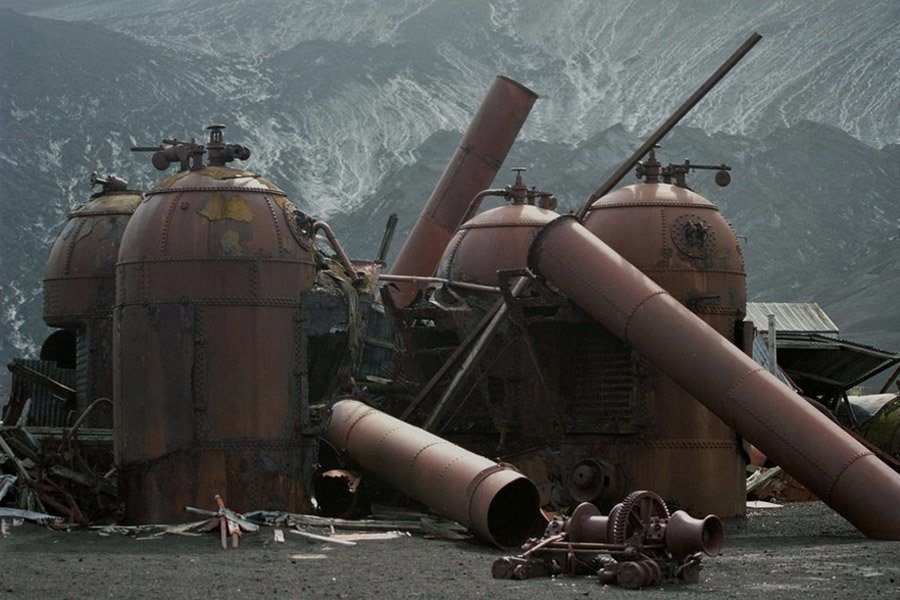 And if not by sea, by air: Pollutants such as DDT become concentrated in the Polar Regions and work their way up through the food chain over time. Jerzystrzelecki/Wikimedia Commons 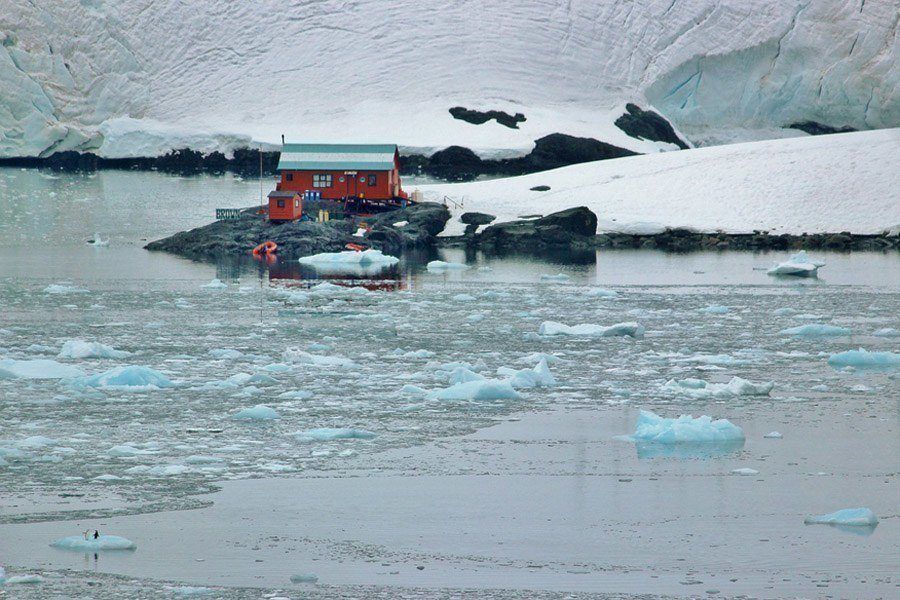 The Rothera Research Center houses scientists all year long, enabling them to observe and document the Antarctic climate through all seasonal changes. Pixabay 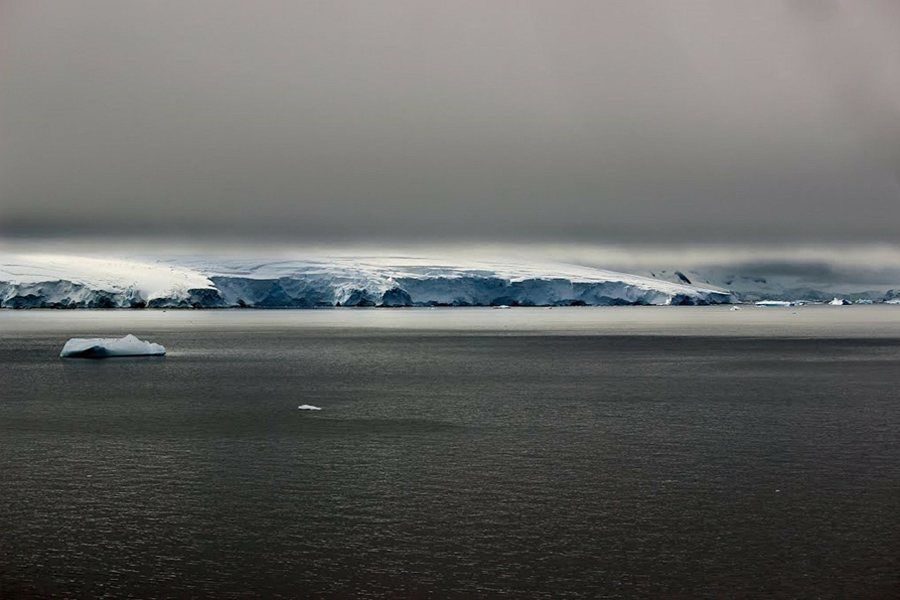 Changing climates may also explain the rise of invasive species in the region. UK-based scientists have shown that an invasive insect species — a kind of midge — could drastically alter the Antarctic landscape in years to come. These insects have contributed large amounts of nutrients into the soil, changing the way in which native species live and evolve. Pixabay 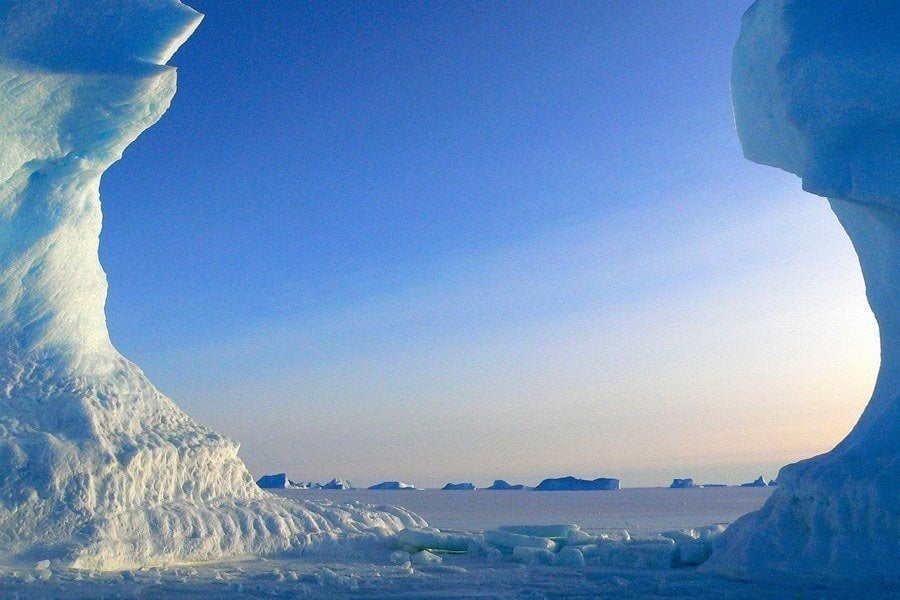 In an interview with BBC News, Professor Peter Convey with the British Antarctic Survey said: "We could drive locally or generally extinct some of the unique species that already exist in part of the Antarctic." Pixabay 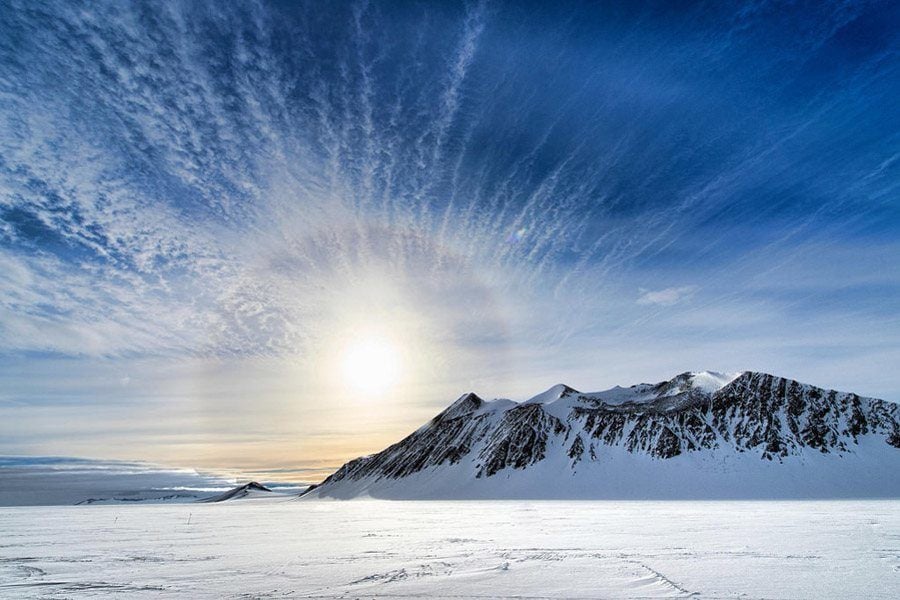 Human impact on the planet's climate will continue to worsen if drastic measures aren't taken as soon as possible.Christopher Michel/Flickr