Photo Of The Day: The Last Man On The Moon

Apollo 17 launched 43 years ago with the crew of the last men to land on the Moon. Their legacy, and the future of Moon missions, is still being written.

Just after midnight on December 7, 1972, Apollo 17 launched from the Kennedy Space Center in Cape Canaveral, Florida. On board were the last humans to land on the Moon.

NASA’s first night launch carried a three-man team of astronauts: Eugene Cernan, Harrison “Jack” Schmitt and Ronald Evans. Cernan and Schmitt explored the lunar surface for three days while Evans kept the command module “America” in lunar orbit. The crew was tasked with the mission of geologically surveying and sampling a previously unexamined area of the Moon – the Taurus-Littrow valley – for evidence of early lunar volcanic activity. 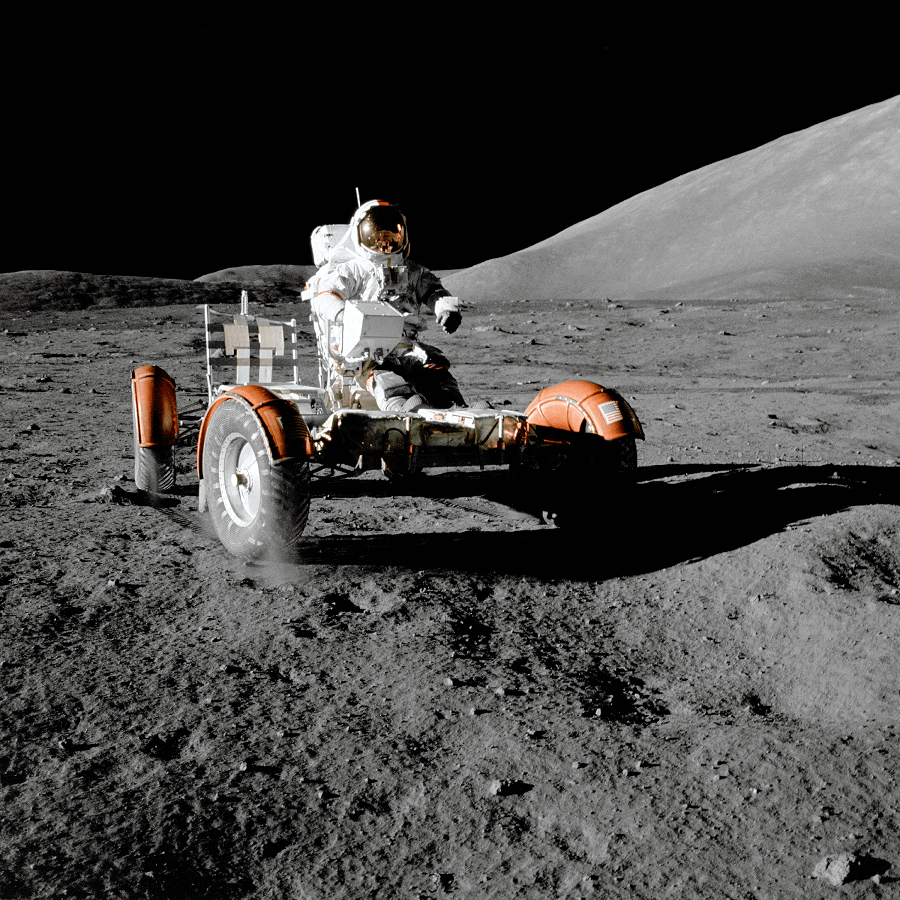 Eugene Cernan riding the Lunar Rover during on the last manned mission to the Moon.

Schmitt was a Harvard-educated geologist and the first professional scientist NASA launched into space. His three days on the Moon’s surface with Cernan were the longest in history.

The team also brought back the largest lunar sample, spent the longest time in lunar orbit, and completed the longest manned lunar landing flight. Most importantly, however, they discovered microscopic orange glass beads – proof of the Moon’s volcanic history.

The very low likelihood of another government-funded human mission to the Moon means those records are poised to persist for the indefinite future. Schmitt, however, believes his mission won’t always be the last.

“Somebody will [return to the moon], it makes too much sense,” Schmitt told SPACE. “Now, humankind has been able to ignore common sense in other circumstances. But when it comes to exploration, there really is a direct or indirect pressure on humans to continue.”