Aron Ralston And The Harrowing True Story Of ‘127 Hours’

Aron Ralston — the man behind the true story of 127 Hours — drank his own urine and carved his own epitaph before amputating his arm in a Utah canyon.

After seeing the 2010 film 127 Hours, Aron Ralston called it “so factually accurate it is as close to a documentary as you can get and still be a drama,” and added that it was “the best film ever made.”

Starring James Franco as a climber who is forced to amputate his own arm after a canyoneering accident, 127 Hours caused several viewers to pass out when they saw Franco’s character dismembering himself. They were even more horrified when they realized that 127 Hours was actually a true story.

But Aron Ralston was far from horrified. In fact, as he sat in the theater watching the story unfold, he was one of the only people who knew exactly how Franco’s character must have felt during his ordeal.

After all, Franco’s story was just a dramatization — a depiction of the more than five days Aron Ralston himself spent trapped inside of a Utah canyon.

The Early Years Of Aron Ralston 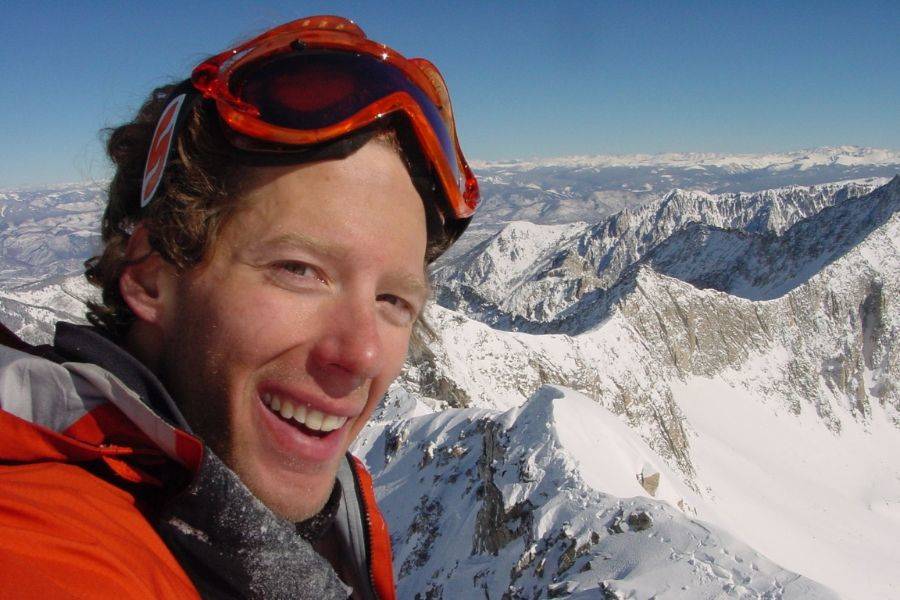 Wikimedia CommonsAron Ralston in 2003 on a Colorado mountaintop.

Before his infamous 2003 canyoneering accident, Aron Ralston was just an ordinary young man with a passion for rock climbing. Born on Oct. 27, 1975, Ralston grew up in Ohio before his family moved to Colorado in 1987.

Years later, he attended Carnegie Mellon University, where he studied mechanical engineering, French, and piano. He then moved to the Southwest to work as an engineer. But five years in, he decided that the corporate world wasn’t for him and quit his job to devote more time to mountaineering. He wanted to climb Denali, the highest peak in North America.

In 2002, Aron Ralston moved to Aspen, Colorado, to climb full-time. His goal, as preparation for Denali, was to climb all of Colorado’s “fourteeners,” or mountains at least 14,000 feet tall, of which there are 59. He wanted to do them solo and in the winter — a feat that had never been recorded before.

In February 2003, while backcountry skiing on Resolution Peak in central Colorado with two friends, Ralston was caught in an avalanche. Buried up to his neck in snow, one friend dug him out, and together they rescued the third friend. “It was horrible. It should have killed us,” Ralston later said.

No one was seriously hurt, but the incident perhaps should have triggered some self-reflection: A severe avalanche warning had been issued that day, and if Ralston and his friends had seen that before climbing the mountain, they could have avoided the dangerous situation altogether.

But while most climbers might have then taken steps to be more careful, Ralston did the opposite. He kept climbing and exploring hazardous terrains — and oftentimes he was completely on his own.

Between A Rock And A Hard Place 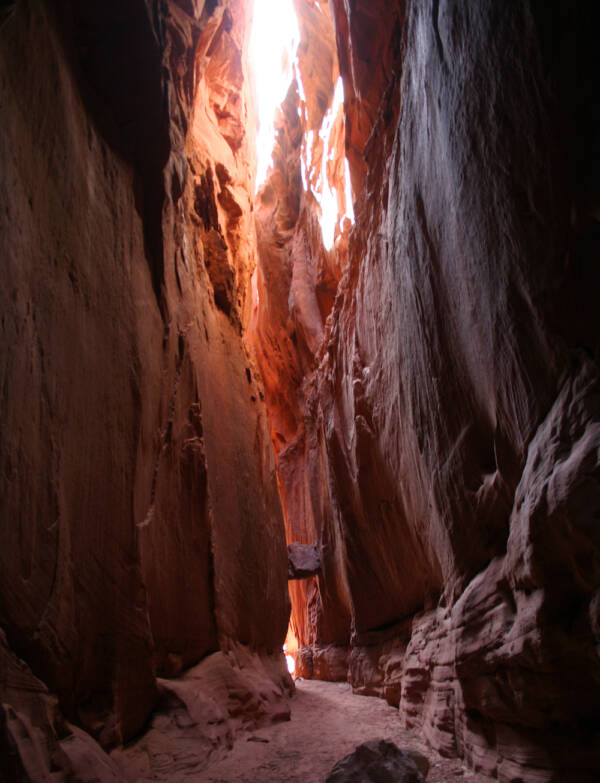 Just a few months after the avalanche, Aron Ralston traveled to southeastern Utah to explore Canyonlands National Park on April 25, 2003. He slept in his truck that night, and at 9:15 a.m. the next morning — a beautiful, sunny Saturday — he rode his bicycle 15 miles to Bluejohn Canyon, an 11-mile-long gorge that in some places measures just three feet wide.

The 27-year-old locked his bike and walked toward the canyon’s opening.

At around 2:45 p.m., as he descended into the canyon, a giant rock above him slipped. The next thing he knew, his right arm was lodged between an 800-pound boulder and a canyon wall. Ralston was also trapped 100 feet below the desert surface and 20 miles away from the nearest paved road.

To make matters worse, he hadn’t told anyone about his climbing plans, and he didn’t have any way to signal for help. He inventoried his provisions: two burritos, some candy bar crumbs, and a bottle of water.

Ralston futilely tried chipping away at the boulder. Eventually, he ran out of water and was forced to drink his own urine.

Early on, he considered cutting off his arm. He experimented with tourniquets and made superficial cuts to test his knives’ sharpness. But he didn’t know how he’d saw through his bone with his cheap multi-tool — the kind you’d get for free “if you bought a $15 flashlight,” he later said.

Distraught and delirious, Aron Ralston resigned himself to his fate. He used his dull tools to carve his name into the canyon wall, along with his birth date, his presumed date of death, and the letters RIP. Then, he used a video camera to tape goodbyes to his family and tried to sleep.

That night, as he drifted in and out of consciousness, Ralston dreamt of himself — with only half his right arm — playing with a child. Awaking, he believed the dream was a sign that he would survive and that he would have a family. More determined than ever, he threw himself into survival.

The Miraculous Escape That Inspired 127 Hours 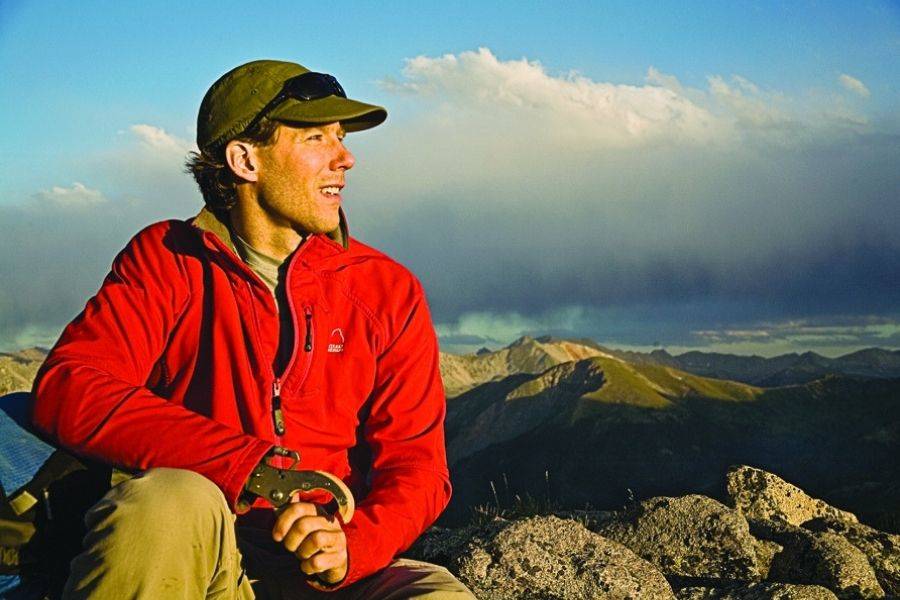 Wikimedia CommonsAron Ralston atop a mountain shortly after he survived his accident in Utah.

The dream of a future family left Aron Ralston with an epiphany: He didn’t have to cut through his bones. He could break them instead.

Using the torque from his trapped arm, he managed to break his ulna and his radius. After his bones were disconnected, he fashioned a tourniquet from the tubing of his CamelBak water bottle and cut off his circulation entirely. Then, he was able to use a cheap, dull, two-inch knife to cut through his skin and muscle, and a pair of pliers to cut through his tendons.

He left his arteries for last, knowing that after he severed them he wouldn’t have much time. “All the desires, joys, and euphorias of a future life came rushing into me,” Ralston later said at a press conference. “Maybe this is how I handled the pain. I was so happy to be taking action.”

The entire process took an hour, during which Ralston lost 25 percent of his blood volume. High on adrenaline, Ralston climbed out of the slot canyon, rappelled down a 65-foot sheer cliff, and hiked six of the eight miles back to his car — all while dehydrated, losing blood, and one-handed.

Six miles into his hike, he met a family from the Netherlands who had been hiking in the canyon. They gave him Oreos and water and contacted the authorities. Canyonlands officials had been alerted that Ralston was missing and had been searching the area by helicopter — which would have proved futile, as Ralston was trapped below the surface of the canyon.

Four hours after amputating his arm, Ralston was rescued by medics. They believed that the timing could not have been more perfect. Had Ralston amputated his arm any sooner, he likely would have bled to death. And had he waited any longer, he probably would have died in the canyon.

Aron Ralston’s Life After His Self-Rescue 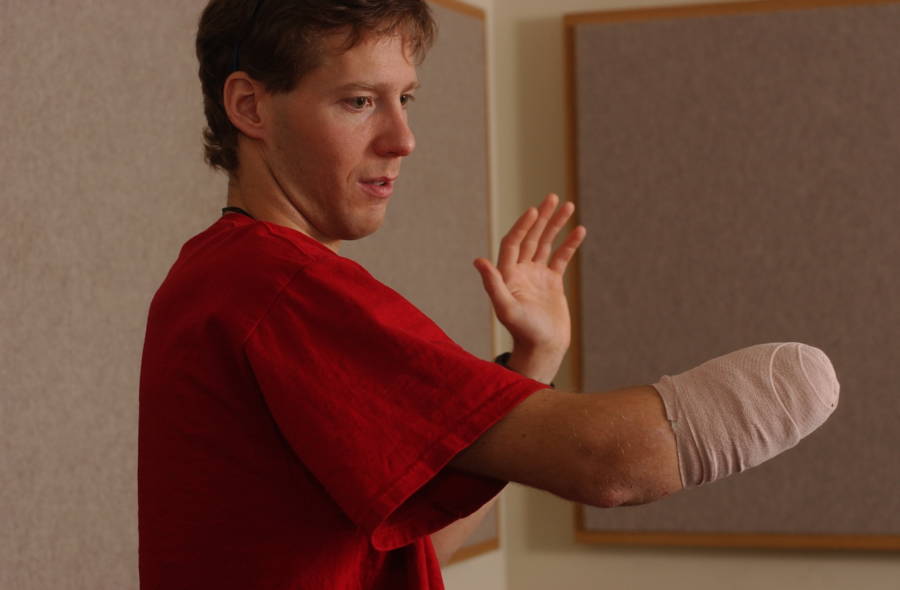 Brian Brainerd/The Denver Post via Getty ImagesAron Ralston often speaks publicly on how he saved himself by cutting off his lower right arm.

Following Aron Ralston’s rescue, his severed lower arm and hand were retrieved by park rangers from beneath the gigantic boulder.

It took 13 rangers, a hydraulic jack, and a winch to remove the boulder, which might not have been possible with the rest of Ralston’s body in there too.

The arm was cremated and returned to Ralston. Six months later, on his 28th birthday, he returned to the slot canyon and scattered the ashes there.

The ordeal, of course, sparked international intrigue. Along with the film dramatization of his life — which, Ralston says, is so accurate that it might as well be a documentary — Ralston appeared on television morning shows, late-night specials, and press tours. Through it all, he was in good spirits.

As for that dream of a full life that sparked his incredible escape? It came true. Ralston is now a father of two who hasn’t slowed down at all despite losing a large portion of his arm. And as far as climbing goes, he hasn’t even taken a break. In 2005, he became the first person to climb all 59 of Colorado’s “fourteeners” alone and in the snow — and one-handed to boot.

How 127 Hours Brought A True Story To Life 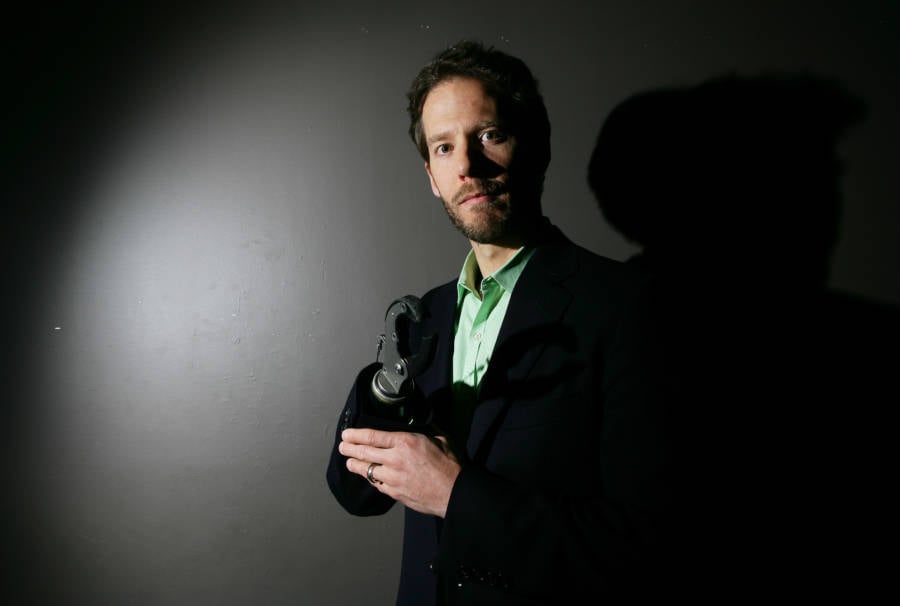 However, the arm-cutting scene did need to be shortened to a few minutes — because it lasted about an hour in real life. This scene also required three prosthetic arms made to look exactly like the outside of actor James Franco’s arm. And Franco did not hold back as he reacted to the horror.

Franco wasn’t supposed to cut it all the way through, but he did it anyway — and he believed that it paid off. He said, “I just did it, and I cut it off and I fell back, and I guess that’s the take that Danny used.”

Other than the accuracy of events in the film, Ralston has also praised 127 Hours for its honest depiction of his emotions during the five-day ordeal.

He was glad the filmmakers were okay with including a smiling Franco at the moment that he realized he could break his own arm to get free.

“I had to hound the team to make sure that smile made it into the film, but I’m really happy that it did,” Ralston said. “You can see that smile. It really was a triumphant moment. I was smiling when I did it.”

After learning about the harrowing true story behind 127 Hours, read about how the bodies of climbers are serving as guideposts on Mount Everest. Then, check out some of the world’s most beautiful slot canyons.