While John Gotti was the "Teflon Don," he may not have been godfather at all if not for Aniello Dellacroce. 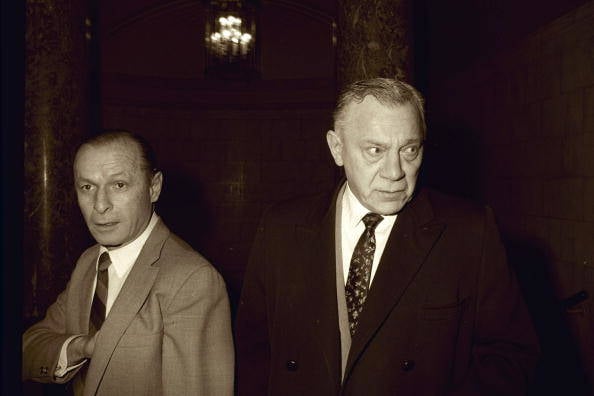 Aniello Dellacroce was born in 1914, the son of Italian immigrants in New York who grew up in Little Italy. He took to petty crime at a young age and, like many first-generation Italian-Americans at the time, found himself drawn into the world of the Mafia. 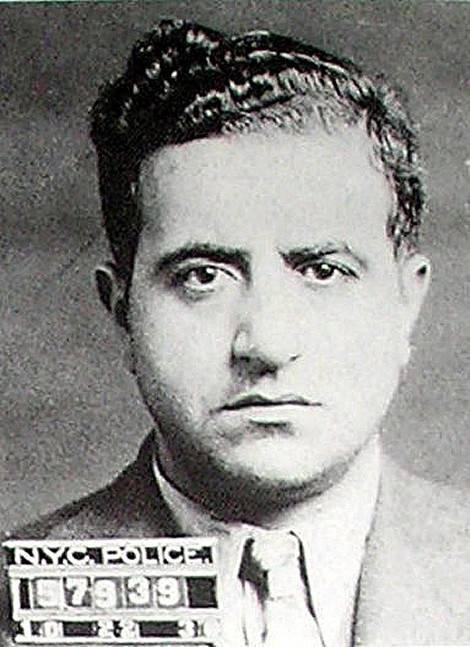 During the early years of his career, Dellacroce built up a reputation as a clever and extremely brutal gangster. He used to dress as a priest to avoid attention, call himself “Father O’Neil,” and cheerfully greeted policemen on their beats. He showed little fear of the law, and in fact enjoyed taunting officers. On one occasion, Dellacroce found two policemen taping him and reportedly forced the officers to eat the tape at gunpoint.

And he also used his gun to execute brutal murders that made use of his chilling gaze. “He likes to peer into a victim’s face, like some kind of dark angel, at the moment of death,” said one federal prosecutor. “His eyes had no color…as if his soul was transparent,” one reporter said. “Dellacroce was one of the scariest individuals I’ve ever met in my life,” said one mob investigator. “Dellacroce’s eyes were, like, he didn’t have any eyes. Did you ever see Children of the Damned? His eyes were so blue that they weren’t even there. It was like looking right through him.”

In 1957, Dellacroce’s mentor Albert Anastasia was murdered by gunmen while sitting in a barbershop. According to some, the hit was organized by Carlo Gambino, another mafioso who wanted to become the next godfather of the family. 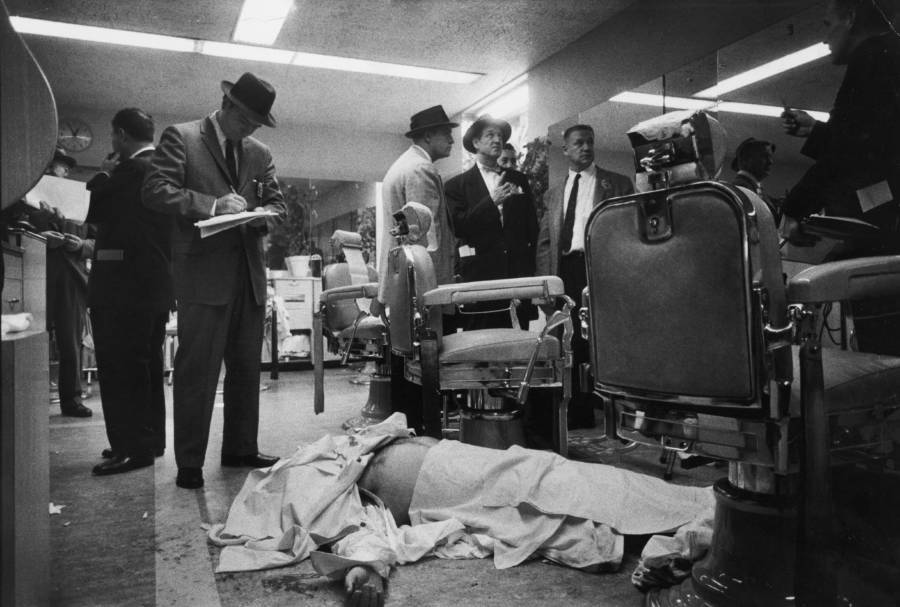 George Silk/The LIFE Picture Collection/Getty ImagesDetectives take notes and examine the barbershop of New York’s Park Sheraton Hotel, where the body of Albert Anastasia lies partially covered on the floor after his murder by unknown gunmen on Oct. 25, 1957.

In spite of the loyalty he felt to Anastasia and the rumors surrounding his death, Aniello Dellacroce believed that the family always came first. And he pledged himself to Gambino as he took over the family.

Life In The Gambino Family

Aniello Dellacroce served for decades as the underboss to the new Gambino family. That life treated him well as he earned a healthy income from illegal gambling and racketeering. Dellacroce continued to show cleverness as underboss. He recruited look-alikes to lead the police on chases across town as he quietly ran his operation in the shadows.

As Gambino aged and his health declined, he had to consider who might replace him as head of the family. Most of the family’s associates considered Dellacroce the rightful heir, but Gambino instead nominated his brother-in-law, Paul Castellano.

Loyal as ever, Dellacroce accepted the decision.

Searching For A Successor

Gambino’s death was an impetus for Aniello Dellacroce to consider his own heir. He eventually settled on a young man named John Gotti, who had long been an associate with the Gambino family.

Dellacroce filled Gotti’s head with tales of life in the old Mafia under Anastasia. Moved by Dellacroce’s stories, Gotti officially joined his crew as a capo shortly after his release from prison for highjacking. He would quickly raise his stock in the Gambino family through successful hits and other lucrative schemes.

A Tale Of Two Families

When Castellano officially took control of the Gambino family, he recognized Dellacroce’s service by giving him control a significant number of the family’s crews. In doing this, Castellano inadvertently created a competing faction within his family of those most loyal to Dellacroce. There were now essentially two families within the Gambino organization, with Dellacroce at one helm and Castellano at the other. 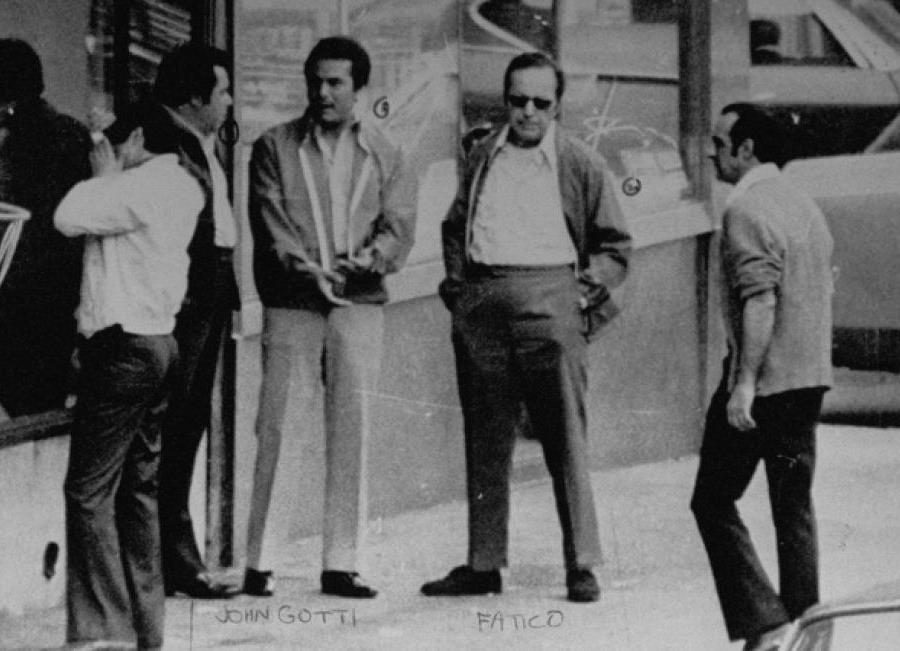 Daily NewsJohn Gotti and other members of the Gambino family, photographed by FBI surveillance outside of the Bergin Hunt and Fish Club in Ozone Park, Queens.

Gotti quickly became the number two man in the Dellacroce faction, but tensions only rose between himself and Dellacroce.

Castellano had ordered that no one in his family would deal in drugs. Dellacroce agreed with this caveat and warned his crew that if he found out any of them were dealing, he would kill them himself. Of course, by this time Gotti was heavily involved in drug trafficking.

One of Gotti’s associates was eventually arrested for heroin dealing. Castellano’s suspicion immediately fell upon Gotti himself, and also his close friend Angelo Ruggiero.

At first, Dellacroce went out of his way to protect Gotti and Ruggiero from Castellano. When tapes from prosecutors revealed Ruggiero had been insulting Castellano, Dellacroce refused to turn the tapes over to the Gambino family head, knowing that Castellano would kill Ruggiero.

Dellacroce seemed also to have shared some of Ruggiero’s distaste for Castellano. In spite of his own sinister warnings earlier, Dellacroce truly did not want to kill Ruggiero and Gotti. But he also did not want to start a war. His mediation kept the Gambino family from dissolving into civil war, and Castellano from murdering his crew members.

“I’ve been tryin’ to take your part with these tapes from the very, very beginning . . . Then all we gotta do then, we go and roll it up and go to war,” Dellacroce told Ruggiero on one of the tapes.

But for Gotti, the case of the tapes was even more detrimental. He was recorded insulting Dellacroce for some of his decisions. “I told him, ‘Neil is not going to like this,'” a detective said to Gotti upon the prosecution, “and it was the only time I’ve ever seen him look remorseful.” It is evident from this fact that despite his gossip, Gotti had some real respect for Dellacroce.

In turn, Dellacroce respected Gotti’s potential. He continually pushed the idea that Gotti should eventually take over control of his crews. For obvious reasons, Castellano didn’t share his enthusiasm for Gotti. 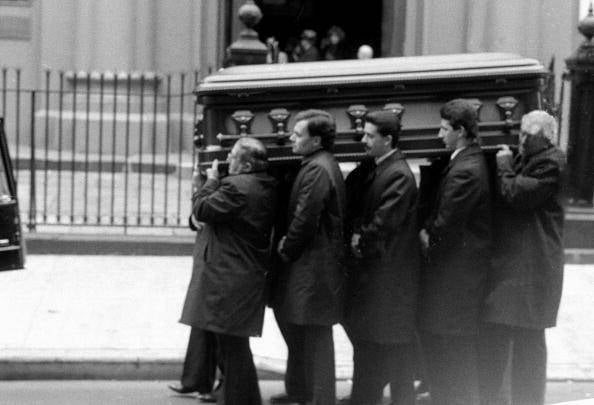 During this time, Dellacroce’s health failed as he had been diagnosed with terminal brain cancer. He died from the disease in 1985. With Aniello Dellacroce’s death, the fragile balance that kept violence in check within the Gambino family was shattered.

Gotti and Ruggiero moved quickly against Castellano shortly after Aniello Dellacroce’s death. Castellano was gunned down outside a Manhattan restaurant and Gotti could subsequently take complete control of the Gambino family. 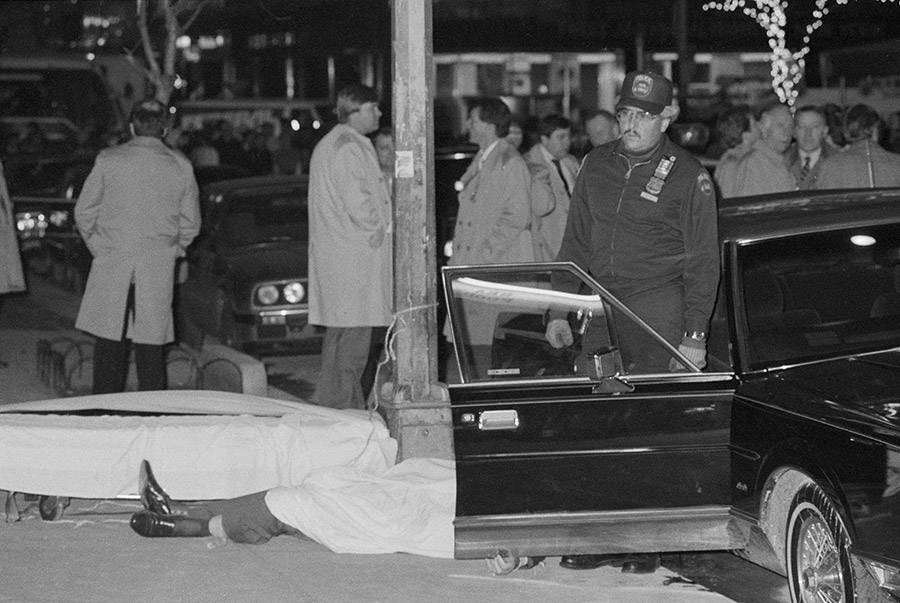 Getty ImagesPolice removed the blood-covered body of reputed Boss of Bosses, Paul C. ‘Big Paul’ Castellano, from the crime scene after he and his driver were gunned down outside Sparks Steak House by three gunmen who fled on foot. Dec. 16, 1985.

Gotti would rule the Gambino family until 1992 when he was convicted for a number of murder and racketeering charges and sentenced to life in prison. He would die just a few years later of cancer.

It may have been Dellacroce’s influence that made Gotti such an unusual figure in modern organized crime. Gotti often seemed like a figure from another era, and with a mentor like Aniello Dellacroce, it’s not hard to imagine why. With Dellacroce’s death and Gotti’s conviction, that era of the Mafia seemed to have finally drawn to a close.

After this look at Aniello Dellacroce, read 27 John Gotti facts you may not have known. Then, check out these grisly photos of the 1980s mafia.