Angelo Ruggiero: The Psycho Gangster Whose Wiretapped Rants Helped Bring The Mob Down

Angelo Ruggiero rose to the top of the New York underworld with John Gotti — until he and his big mouth helped bring the mob to its knees. 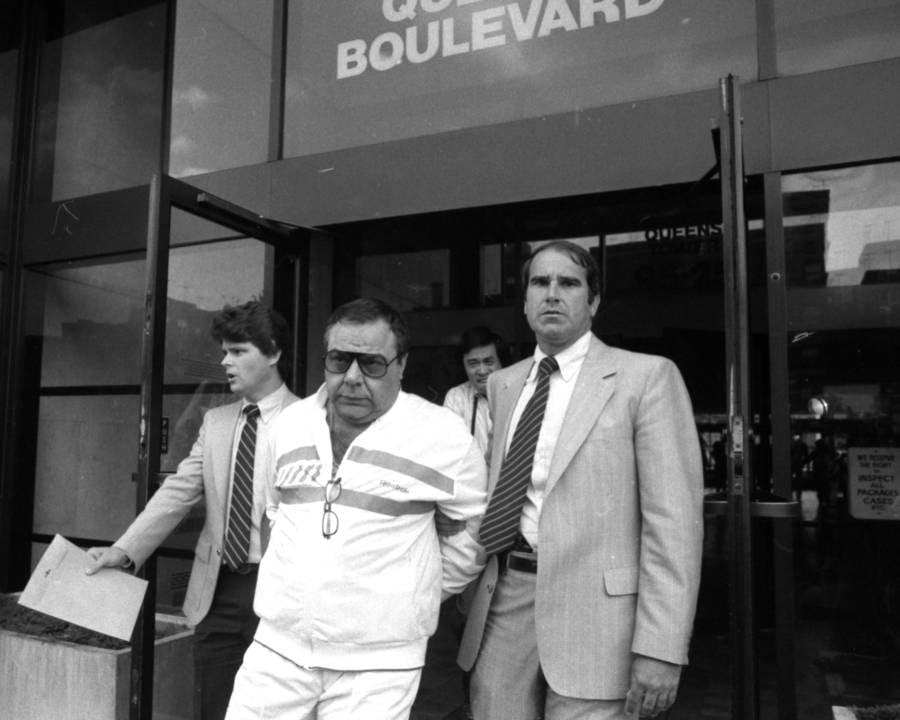 A good mobster needs a lot of qualities, and chief among them is knowing when to keep your mouth shut. Unfortunately, that was not a quality that 1970s and ’80s New York gangster Angelo Ruggiero possessed.

By all accounts, this Gambino crime family member liked to talk. While most people in organized crime might take a moment to make sure they weren’t being recorded before discussing the details of a heroin operation, for example, Ruggiero had no hesitations. And like many mobsters, he especially liked to gripe about his boss, which can often be just as dangerous in his line of work.

In “a gravelly voice brought on from years of cigarette smoke that sounded like a cement truck mixer,” as one law enforcement official described it, Ruggiero would complain to anyone willing to listen about his issues with the leaders of the Gambino family and openly discuss whatever criminal operation he had going on at the time.

He eventually got the nickname “Quack Quack”, for his tendency to talk endlessly — and for the trouble with his feet that left him with a duck-like stride.

Ordinarily, a reputation as someone who likes to talk would have been enough to get Angelo Ruggiero killed. But in spite of his complaining and jabbering, he was actually a close friend and associate of powerful mob boss John Gotti — until his habit of talking helped bring Gotti’s infamous organization to its knees.

Angelo Ruggiero and John Gotti became friends long before the latter became the boss of the Gambino crime family and made headlines across America. Both men were born in New York City in 1940 and grew up in poverty largely in the East New York area of Brooklyn.

Details about the early lives of both men are relatively scarce, but what we do know is that by the time they were teenagers, each had been arrested several times for street gang activity. As a young man, Ruggiero was arrested for everything from street fighting to bookmaking to the attempted theft of a piece of construction equipment.

As Ruggiero and Gotti continued to pull off crimes together, they grew closer and caught the attention of the Gamino crime family. In 1973, they were given an assignment to prove their loyalty to the Gambinos. Gotti and Ruggiero were told to kill a local Irish gangster named James McBratney who had tried to kidnap a Gambino member.

Gotti and Ruggiero tracked the man down to a bar in Staten Island. When the man refused to leave with them, they gunned him down where he stood. The two then fled the scene but were eventually caught by authorities and convicted of manslaughter. After an inexplicably short term of just a few years in prison, Ruggiero and Gotti were released on parole 1977 and officially inducted into the Gambino Family soon after.

Trouble With The Boss

However, although Angelo Ruggiero and John Gotti were now made men, there was trouble ahead.

The new leader of the Gambino family, Paul Castellano, made it clear that he didn’t want his men dealing in drugs. This was bad news for Gotti and Ruggiero, who were already heavily involved in trafficking heroin by the early 1980s.

This would have been a good time for Ruggiero to keep his mouth shut and do as he was told. But as Sammy Gravano, another Gambino associate, said of Ruggiero, “He had a lot of balls. Not too much in the brains department.”

Sure enough, one of Ruggiero’s crew was soon arrested in connection with dealing heroin, and it came out during the ensuing police investigation that Ruggerio had been caught on tape discussing both his criminal operations and his distaste for Castellano and other senior leaders of the Gambino family.

In most cases, this would have been enough to get Ruggiero killed. However, his uncle, Aniello Dellacroce, happened to be the underboss of the Gambino family and was able to protect him.

But the Ruggiero tapes also gave the police cause to bug the homes of a number of Gambino family associates, giving them enough evidence to arrest Castellano himself. When he got out on bail, he was furious with Ruggiero, but Dellacroce was still able to protect his nephew — until the old man eventually died of cancer in 1985.

With Dellacroce dead, Ruggiero in a world of trouble, and Castellano’s no-drugs policy cutting into potential profit, Gotti decided the time had come to take Castellano out. On Dec. 16, 1985, gunmen acting on Gotti’s orders murdered Castellano as he left a New York restaurant. Ruggiero was waiting with the backup team of shooters, never called into action, down the street.

With Castellano dead, Gotti then took over leadership of the Gambino family and kept Ruggiero right by his side.

Under John Gotti’s leadership, Angelo Ruggiero took over the planning of contract killings, among other duties.

And Ruggiero was certainly psychotic enough for the task. He once threatened to throw a pair of victims to man-eating sharks he falsely claimed to keep in his pool. On another occasion, he threatened to murder an FBI agent who bugged his house until Gotti himself had to explain why that would be a bad idea.

But Ruggiero wasn’t one for planning. It was a fault that would become obvious in 1986 when he tried to arrange the murder of Anthony Casso, a soldier in the rival Lucchese crime family who was widely known as a dangerous killer with hundreds of murders to his name.

When Ruggiero heard that Casso had called him an “idiot,” he sent a hitman to kill him. Casso caught wind of the scheme and abducted the hitman. He then spent hours torturing the would-be killer before killing him.

It was meant to serve as a warning to Ruggiero. Perhaps it did, but it also sparked a long-running rivalry between the two men. And it wasn’t the last time that Ruggiero’s temper would get him into trouble.

Ruggiero didn’t just have a hot temper, he had a habit of being a bad manager. Other members of the Gambino family frequently complained to Gotti that Ruggiero was running their rackets into the ground. But even though Ruggiero’s temper would even cause him to insult his friend Gotti behind his back — once even calling him a “sick son of a bitch” — Gotti refused to replace his longtime associate.

Bringing Down The Mob 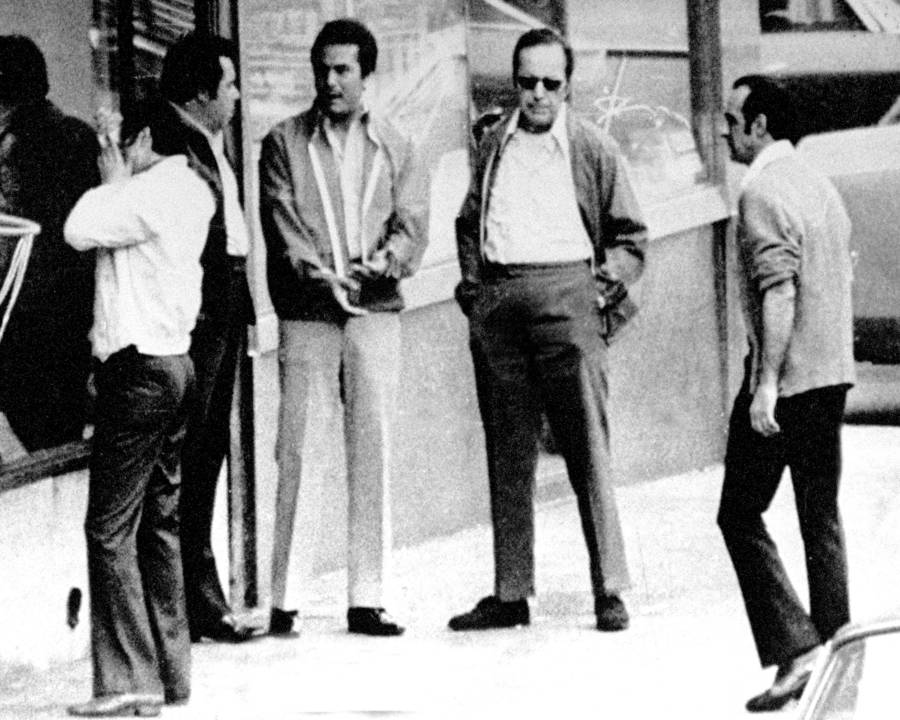 Anthony Pescatore/NY Daily News Archive via Getty ImagesAngelo Ruggiero (second from left), John Gotti (to his right) stand alongside associates outside the Bergin Hunt and Fish Club in Queens, which served as a longtime base of operations for them. 1986.

By the time Gotti became boss in the mid-1980s, the FBI had a wide-reaching surveillance network that included bugs in the homes of many Gambino associates. They were largely planted on the basis of information they’d gotten from recordings of Ruggiero. Ruggiero was known as a great — albeit unwitting — source of information, and his own home was heavily bugged.

Soon, authorities had a stack of tapes featuring damning conversations between mobsters. Ruggiero’s distinctive voice seemed to be on almost all of them.

He liked to visit other members of the Gambino family whenever possible to rant about people he hated or just discuss his rackets. As one Gambino associate stated, “Dial any seven numbers and there’s a fifty-fifty chance Angelo will answer the phone.”

And eventually, the FBI had him on tape openly discussing the details of loan sharking and narcotics operations at the homes of several mobsters. 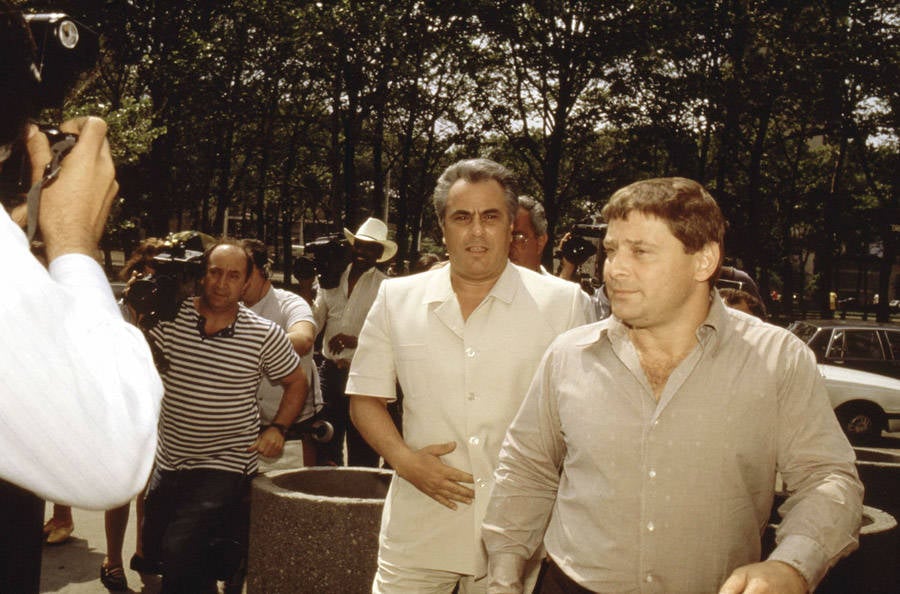 With the evidence on the tapes, the government prepared a case against Ruggiero for dealing in heroin. The first two trials ended in mistrials after allegations of jury tampering. But as it became clear that Ruggerio’s mouth had given the FBI enough information to begin preparing cases on many of the Gambino associates, even Gotti reportedly began planning to murder him.

He’d never get the chance.

While awaiting another trial, Angelo Ruggiero succumbed to terminal lung cancer in 1989. Gotti had refused to visit his old friend on his deathbed.

Ultimately, however, Ruggiero’s recorded conversations provided valuable evidence for the authorities in pursuing cases against Gotti in the coming years.

Gotti was eventually convicted of a number of murder and racketeering charges and sentenced to life in prison in 1992. Gotti was widely known as the last of the media-savvy Mafia Dons. After his conviction and eventual death in 2002, organized crime returned to the shadows after having had a moment in the spotlight during Gotti’s infamous tenure. In some ways, Angelo Ruggerio’s mouth helped bring an end to an era for the Mafia.

After this look at Angelo Ruggiero, read up on Henry Hill and other real-life Goodfellas Tommy DeSimone and Jimmy Burke.