Bob Marley’s Death And The Heartbreaking Story Behind It

Bob Marley died at just 36 in Miami, Florida on May 11, 1981 after the skin cancer that had been found under his toenail spread to his lungs, liver, and brain. 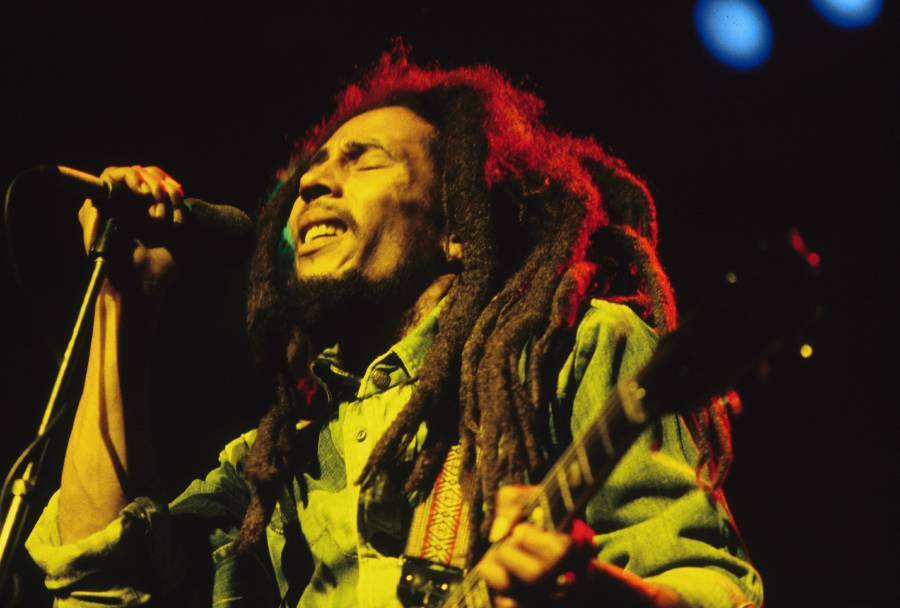 Mike Prior/Redferns/Getty ImagesBob Marley died the year after performing in the show pictured here at the Brighton Leisure Centre in the U.K. in 1980.

Days after Bob Marley played Madison Square Garden to thunderous applause in September 1980, the singer collapsed while jogging in Central Park. The subsequent diagnosis was bleak: melanoma on his toe had spread to his brain, liver, and lungs. Within a year, on May 11, 1981, Bob Marley died.

Marley had left a roster of beautiful ballads like “Three Little Birds” and “One Love” in his wake. He also left many protest songs like “Get Up, Stand Up” and “Buffalo Soldier” behind. For years, his music had inspired countless people around the world, and when Bob Marley died suddenly at the age of just 36, his fans were shocked and devastated.

Eventually, conspiracy theories even took root, including one that the CIA had him killed. While unsubstantiated, the narrative wasn’t baseless. In 1976, Marley was set to perform at a peace concert held by Jamaican Prime Minister Michael Manley, whose party opposed U.S. interests dictating Jamaican policy. Shooters raided Marley’s home two days prior, shooting him and his wife before vanishing.

Some believe the CIA had ordered the hit to squash Jamaica’s rising opposition. And when that failed, according to this conspiracy theory about Bob Marley’s death, documentary filmmaker Carl Colby gave an unwitting Marley a pair of deadly radioactive boots as the backup plan for killing him. Colby had been hired to film Marley’s 1976 benefit — but he was also the son of CIA director William Colby.

Conspiracy theories aside, the question of how Bob Marley died is a simple one: cancer had been slowly causing his health to deteriorate for years and eventually killed him. He played one last show in Pittsburgh on September 23, 1980 before canceling his tour. He then flew to Germany, where he was treated with alternative and ultimately ineffective therapies. Finally, Bob Marley died in Miami en route home from Germany to Jamaica, leaving a hole in the world of music that will never be filled in the same way again.

Bob Marley was born to a Black Jamaican woman and white British man on Feb. 6, 1945, in St. Ann Parish, Jamaica. Teased for his biracial makeup as a child, he would grow determined to unify both races with his music as an adult — and become an anti-war icon after essentially single-handedly popularizing reggae. 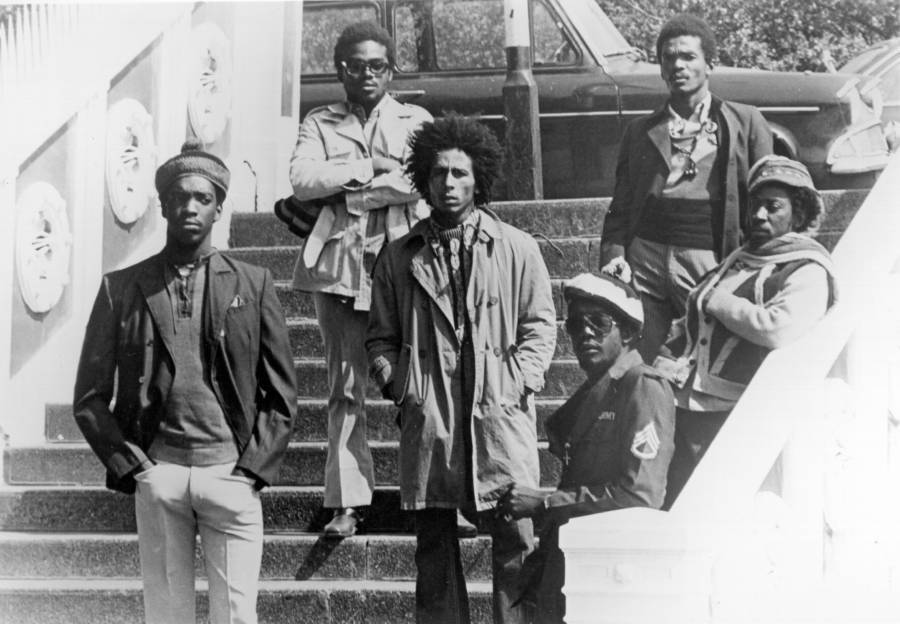 Marley’s father, Norval Sinclair, largely remains an enigma, aside from his work as a ferro-cement engineer and service in Britain’s navy. Abandoning his 18-year-old wife Cedella Malcolm to fend for herself, he left his young son to be teased as “the German boy” or “the little yellow boy” before dying in 1955.

Marley and his mother moved to Kingston’s Trench Town neighborhood two years later. He became so passionate about music by 14 that he dropped out of school to pursue it as a career — and found like-minded locals to form The Wailers by the early 1960s. Their experimental ska and soul fusion soon popularized early reggae.

While the band found some international success in the early 1970s, Peter Tosh and Bunny Wailer left the group in 1974. It was at this point that Bob Marley took a firmer grasp on its direction, with Exodus in 1977, Kaya a year later, and Uprising in 1980 featuring the renowned classic songs Marley is known for today.

Both medical and political trouble had already been brewing, however. Diagnosed with melanoma under his toe in 1977, Marley refused to have it amputated due to his religious beliefs. He agreed to have his nail and nail bed removed and forged ahead with his career — which had already included an ominous attempt on his life.

Bob Marley had agreed to hold a free concert on Dec. 5, 1976, in Kingston called “Smile Jamaica.” It coincided with the country’s elections, a turbulent time fraught with aggression by desperate Jamaicans on both sides. Marley himself was loosely aligned with Michael Manley, the left-wing, democratic socialist candidate. 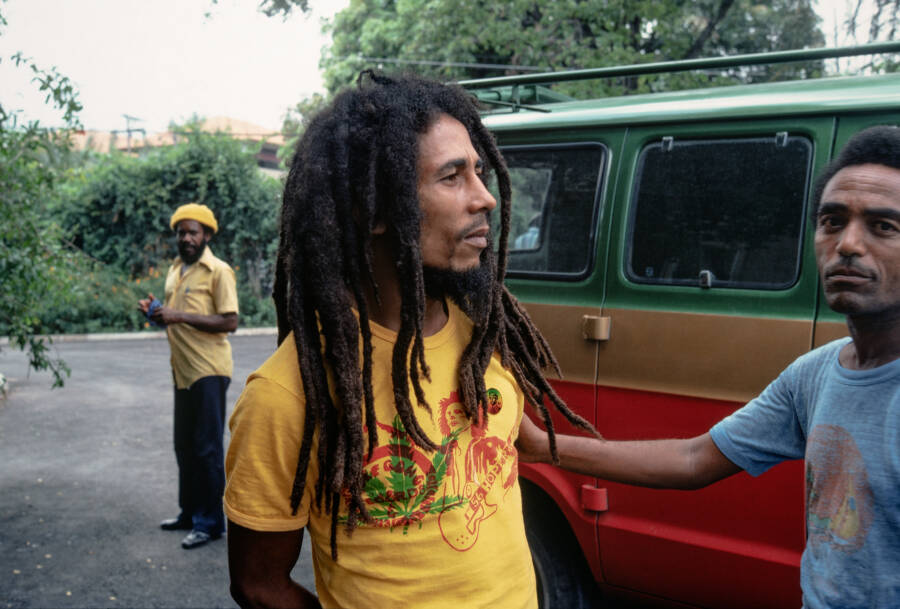 Weathering increasing tensions by staying in his home at 56 Hope Road in Kingston, Marley had guards stationed outside of his gates. It was Dec. 3 when his wife Rita attempted to depart the property and noticed the entrance empty. Then, a car barreled through, and a gunman shot her in the head.

Three intruders stormed inside the house, firing semi-automatic rounds into the kitchen. Marley’s manager, Don Taylor, tackled Marley to the ground in the nick of time, taking a bullet in the arm. Both Marley and his wife miraculously survived the attempt, with the gunmen vanishing as easily as they came.

“All of these things came from the politics,” said Marley’s friend Michael Smith, “Bob deciding to do the concert for Manley when he had turned down doing a show for the JLP (Jamaica Labor Party).”

Two days later, Marley performed the show as scheduled — but left Jamaica for England within weeks for good. Then, at the height of his fame, in 1980, he collapsed while jogging in Central Park during a string of shows in New York.

His manager, Danny Sims, recalled a doctor stating that Marley had “more cancer in him than I’ve seen with a live human being.” He gave Marley mere months to live and suggested, “he might as well go back out on the road and die there.”

After playing a final show on Sept. 23, 1980, in Pittsburgh, he sought treatment in Miami, New York, and Germany. His treatments proved futile, and eventually, Marley was too frail to play to his beloved soccer or even to bear the weight of his dreadlocks, which his wife was forced to cut off in the final months of his life.

Bob Marley departed for Jamaica in May 1981. When his health dramatically worsened onboard, he deplaned in Florida and died at the University of Miami Hospital on May 11, 1981. Bob Marley’s last words to his son were, “Money can’t buy life.” He was buried in a chapel near the village he was born in on May 21.

How Did Bob Marley Die? 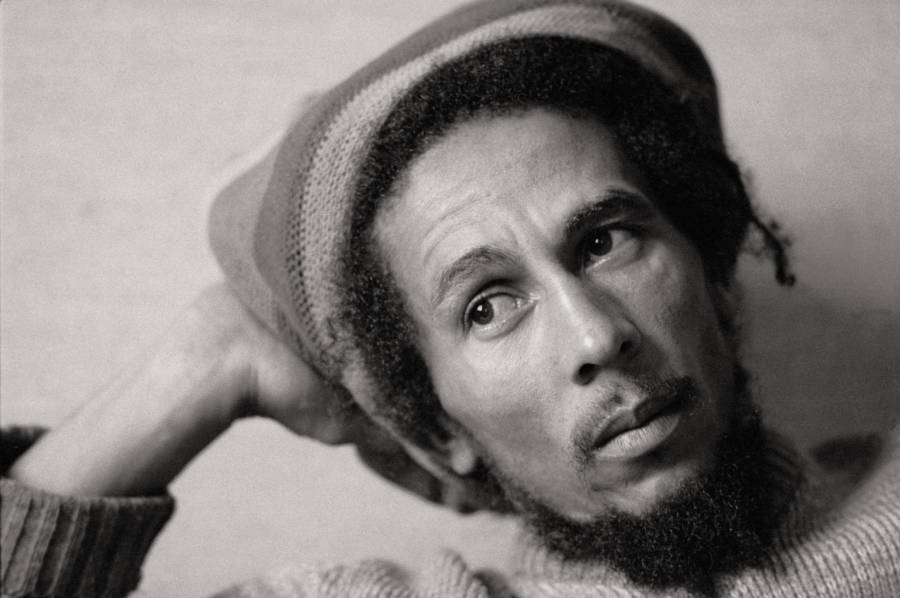 Sigfrid Casals/Cover/Getty ImagesBob Marley in 1980, when it was clear his cancer had metastasized.

Many believe the CIA ordered Marley’s 1976 assassination attempt. Some believe that the contract was set when Marley threw his weight behind Manley’s anti-American administration — and against the U.S.-backed Jamaican Labor Party.

While reputable sources reject the idea the CIA was trying to destabilize Jamaica, Marley’s manager claimed the shooters admitted as much.

Attending their court hearing after the attempt, Taylor said they claimed the agency hired them to kill Marley in exchange for guns and cocaine. Ultimately, the matter remains debated.

While it appears most logical that Marley’s cancer was caused naturally, some believe Carl Colby gifted him a pair of boots containing a radioactive copper wire that pricked Marley when he put them on. Ultimately, the only confession to that allegation has been refuted.

In the end, even after Bob Marley’s death, he remains one of the most recognizable faces on Earth — and his message of unity more popular than ever.

After learning about the death of Bob Marley, read about the mysterious circumstances surrounding Bruce Lee’s death. Then, learn about the sudden, brutal, and incredibly strange death of James Dean.