After vanquishing his rivals, crime boss Carlo Gambino took control of the Mafia's Commission and made the Gambino family into the most powerful outfit in America. 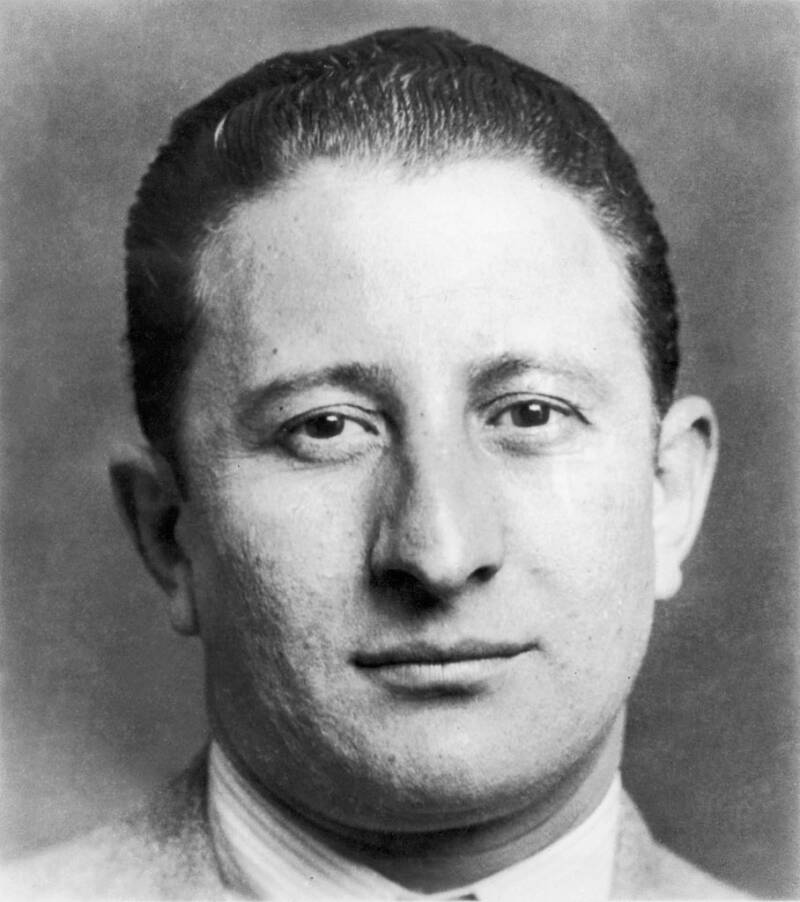 Wikimedia CommonsBorn in Palermo, Sicily in 1902, Carlo Gambino slowly fought his way to the pinnacle of the New York Mafia and ultimately became the city’s most powerful crime boss.

Few works have influenced the way we think of the Mafia more than The Godfather. But, art always reflects life, and many characters in The Godfather were actually influenced by real people, including the Godfather himself. Of course, the character of Vito Corleone was inspired a collection of a few different real people, but there are some especially striking links between Corleone and Mafia boss Carlo Gambino.

Moreover, Carlo Gambino was perhaps the most powerful crime boss in American history. Between the time when he took the position of boss in 1957 and his death in 1976, he made the Gambino crime family into perhaps the wealthiest and most feared criminal outfit in modern history.

Perhaps even more incredibly, Carlo Gambino himself managed to survive into old age and die of natural causes as a free man at the age of 74. And that’s a distinction few of his competitors, who he bested time and again during his reign as boss, could ever claim.

Born in Palermo, Sicily in 1902, Carlo Gambino immigrated to the United States and landed in New York. Soon after, Gambino was just 19 when he became a “made man” in the Mafia. And he fell in with a group of young Mafiosos known as the “Young Turks.” Led by figures like Frank Costello and Lucky Luciano, the Young Turks had a different view of the future of the American Mafia than the older, Sicilian-born members.

Like the country itself, they thought that the Mafia needed to be more diverse and forge ties to non-Italian organized crime groups. But this rubbed many of the old guard of the Mafia, often called “Moustache Petes” by the younger members, the wrong way.

By the 1930’s these tensions boiled over into outright war. Dubbed the Castellamerese war after the Sicilian gang that led the fight against the Young Turks, the war decimated the American Mafia with constant assassinations and violence.

The Young Turks, unofficially led by Lucky Luciano, quickly realized that the violence was destroying their organization. More importantly, it was ruining their profits. So Luciano made a deal with the Sicilians to end the war. And then, once the war was over, assassinated their leader. 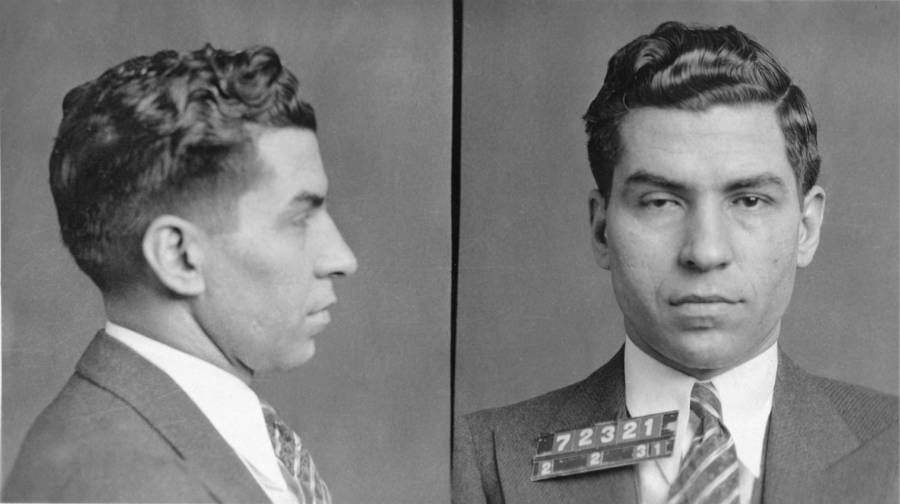 Now the Young Turks were leading the Mafia. And to prevent another war, they decided that the Mafia would be ruled by a council. This council would be made up of the leaders of the different families and try to resolve disputes with diplomacy instead of violence.

Gambino thrived in this reborn Mafia and soon became a top earner for his family. And he wasn’t shy about branching out into new criminal schemes. During WWII, he famously made a lot of money by selling ration stamps on the black market.

Like Vito Corleone, Carlo Gambino wasn’t flashy. He managed to survive in organized crime by keeping a low profile and being a reliable earner. But by 1957, the leader of Gambino’s family, Albert Anastasia, was becoming increasingly violent. He had also broken an unspoken taboo in the Mafia about never killing anyone who wasn’t in organized crime when he ordered a hit on a civilian he saw speaking on television about his role in capturing a bank robber.

The heads of the other families agreed that Anastasia needed to go and contacted Gambino about organizing a hit on his boss. Gambino agreed, and in 1957, Anastasia was gunned down in his barbershop. Gambino was now the Godfather of his own family.

The Gambino family quickly expanded its rackets across the country. Soon, they were bringing in hundreds of millions of dollars a year, which made Gambino one of the most powerful bosses in the Mafia. Even so, Gambino continued to keep a low profile. And perhaps that’s why he was able to outlast many of the other Young Turks.

While other Mafia leaders fell victim to hits or arrests – many organized by Gambino – he continued his role as Godfather for decades. The police also had a hard time pinning anything on Gambino. Even after placing his home under constant surveillance, the FBI wasn’t able to get any evidence that Gambino was running one of the biggest families in the country.

After two years of surveillance, the tight-lipped Gambino had refused to give anything up. During one high-level meeting between Gambino and other top Mafia leaders, the FBI noted that the only words they had heard being spoken were “frog legs.”

In spite of his almost super-human self-control, other made men knew that Gambino was to be feared and respected. One Mafia associate, Dominick Scialo, made the mistake of insulting Gambino at a restaurant after getting drunk. Gambino refused to say a word throughout the incident. But soon afterward, Scialo’s body was found buried in cement. 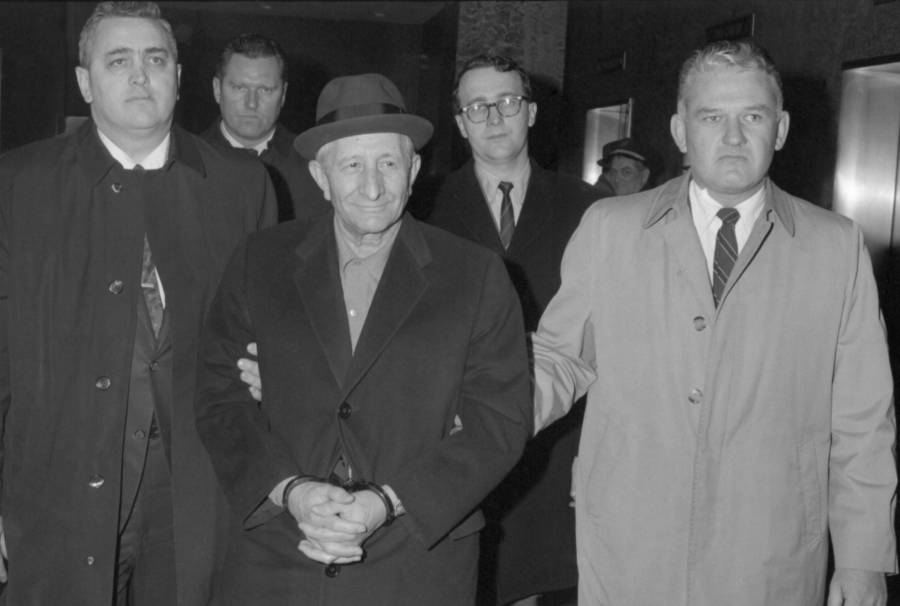 Bettmann/Getty Images Carlo Gambino was arrested in 1970 for arranging a robbery, though the FBI was never able to prove Gambino’s involvement.

Gambino continued to rule his family for another few years. He finally died of a heart attack in 1976 and was buried at a local church near the graves of many of his Mafia associates. Unlike many Mafia bosses, the original Godfather died in his home of natural causes, leaving a legacy as one of the most successful Mafia leaders of all time.