Jewish gangster Arnold "the Brain" Rothstein built a criminal empire based on drug and alcohol trafficking before meeting a tragic — and surprisingly ironic — end.

While he may not be quite as well-known as the likes of Italian-American mobsters such as Carlo Gambino or Charles “Lucky” Luciano, Jewish mobster Arnold Rothstein was just as influential.

Dubbed “the Brain” for his clever schemes, Arnold Rothstein built a Jewish Mafia empire of gambling and drugs. He not only served as inspiration for the deadly Meyer Wolfsheim in F. Scott Fitzgerald‘s The Great Gatsby, but was also immortalized in HBO’s acclaimed TV show Boardwalk Empire. 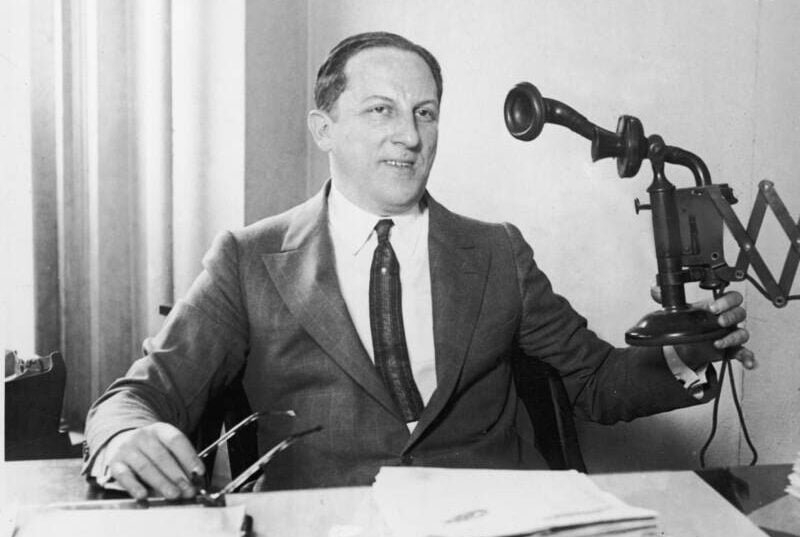 He’s even been credited with masterminding the 1919 fixing of the World Series in which some of the Chicago White Sox accepted bribes to throw the game to the Cincinnati Reds.

However, such is the case of many men who gain great power and wealth through crime, Rothstein’s meteoric rise was matched by his equally bloody — and mysterious — fall.

Arnold Rothstein was born on January 17, 1882, in Manhattan to a family of upstanding business elites. Indeed, his family’s reputation was comically contrary to the one he would make for himself. His generous father Abraham was nicknamed “Abe the Just” for his philanthropic ways and his older brother, Harry, had become a rabbi. But Rothstein himself chose an entirely alternate path.

While Rothstein’s father was himself a true American success story, working in New York City’s Garment District and steering clear of shady dealings until he became a successful businessman, young Arnold Rothstein gravitated towards the dangerous. 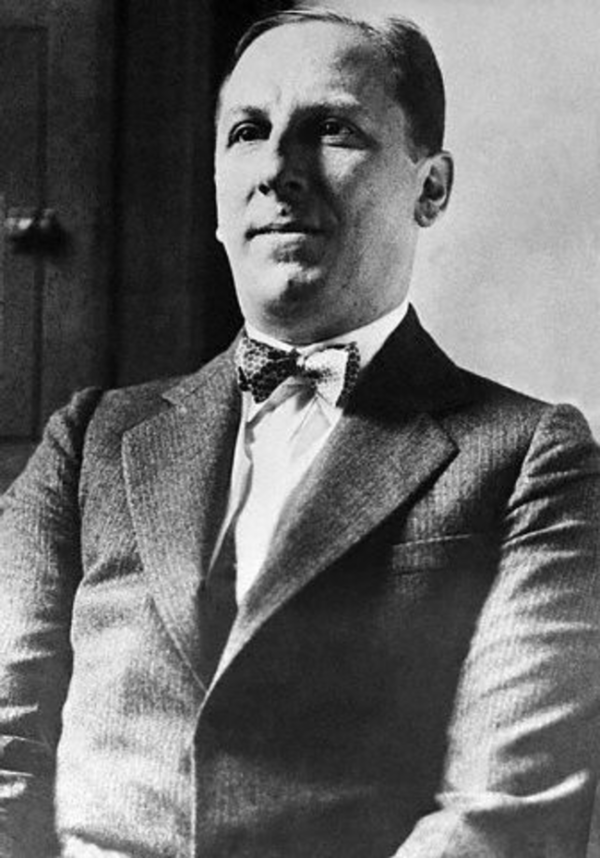 In his book Rothstein, biographer David Pietrusza recalled how the elder Rothstein once woke up to find a young Arnold holding a knife over his sleeping brother.

Perhaps Rothstein intended to upend his father’s traditional ways or was deeply jealous of his older brother’s relationship with their father, but either way, he found himself descending into the unseemly.

Even as a child, Rothstein gambled. “I always gambled,” Rothstein once admitted, “I can’t remember when I didn’t. Maybe I gambled just to show my father he couldn’t tell me what to do, but I don’t think so. I think I gambled because I loved the excitement. When I gambled, nothing else mattered.”

Arnold Rothstein began to consort with criminal types, many of whom were also Jewish by birth. He frequented illegal gambling dens, even pawning his dad’s jewelry to get cash. Rothstein tried in every way to shirk his father’s legacy and tradition.

Then, In 1907, Rothstein fell in love with a showgirl named Carolyn Greene. Only half-Jewish — on her father’s side — Greene was not considered a suitable match by Rothstein’s traditional parents.

To make matters worse, the showgirl refused to convert to Judaism as requested by Abraham Rothstein who then dramatically declared that he no longer had a second son, who was going to “violate” the rules of Judaism by marrying outside the faith. 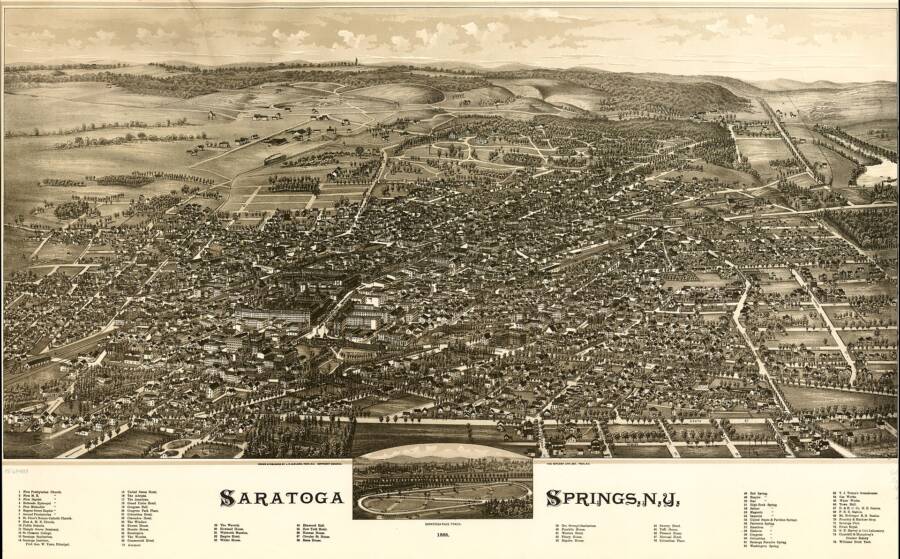 Two years later, Arnold Rothstein and Carolyn Greene wed anyway in Saratoga Springs, New York. Unsurprisingly, he was not the greatest husband in the world. In fact, he was downright awful.

He forbade Greene from continuing her work in the theater while he was free to go out regularly to conduct his gambling-related business and maintain numerous affairs on the side.

Arnold Rothstein’s Descent Into The Underworld

What differentiated “the Brain” from other gamblers was his ability to make money from something seemingly based on luck. He began by using his intellect to make profits from playing craps and poker.

As his status in the Underworld grew, Arnold Rothstein added more criminal ventures into his resume, such as loan sharking.

By the early 1910s, Rothstein was beginning to rake in serious cash. As Robert Weldon Whalen noted in Murder, Inc., and the Moral Life, Rothstein soon opened his own casino in midtown Manhattan and became a millionaire by age 30. 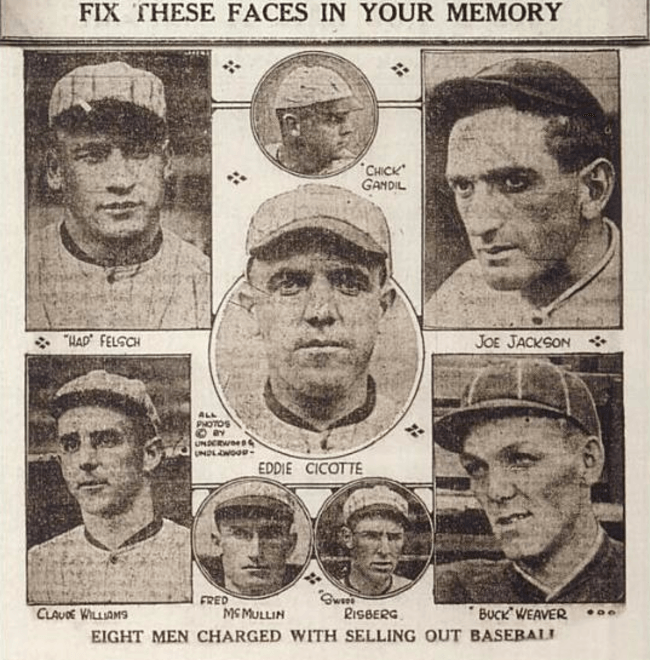 Visitors flocked to his establishment and he brought an entourage of gangsters to act as security wherever he went.

In the process, he mentored the next generation of business-minded mobsters that would continue his model of turning crime into a large-scale business, like Charles “Lucky” Luciano and Meyer Lansky had done.

“Rothstein had the most remarkable brain,” Lansky once admitted of his criminal associate, “He understood business instinctively and I’m sure that if he had been a legitimate financier he would have been just as rich as he became with his gambling and the other rackets he ran.”

In 1919, Arnold Rothstein pulled off his most notorious scheme: the Black Sox Scandal. That fall, two titans of baseball — the Chicago White Sox and the Cincinnati — were facing off in the World Series, arguably the most popular sports event in the United States at that time.

Professional gamblers had offered a few White Sox players loads of cash if they threw the Series. The idea was simple: they’d bet against the Sox, then make a fortune when they lost on purpose.

But this was a case that only the uber-gambler himself could solve. Once “the Brain” gave his financial backing to his gambling underlings, the White Sox players agreed to lose the Series. 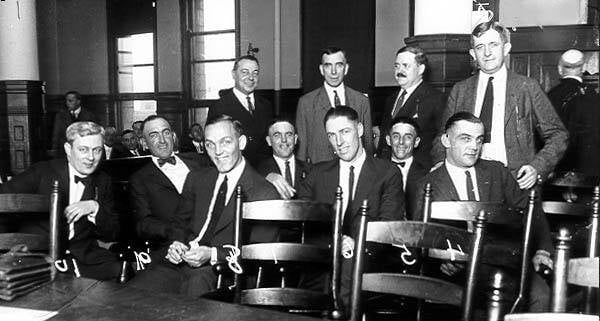 Unfortunately, it became apparent to everyone that the White Sox were playing so poorly that it almost seemed like they were trying to lose. Pressure mounted on the team to confess and by 1920, the players did admit to taking bribes.

The eight White Sox players in question — dubbed the “Black Sox” for their tainted reputations — and their bribers were taken to trial. They never played a game of professional baseball ever again.

Despite this, no one was ever able to directly implicate Rothstein in the scandal. Ever intelligent in his schemes, Rothstein kept his hands so clean and vehemently denied any involvement in the scandal that he got off scot-free.

Prohibition And The Roaring Twenties

While fixing the World Series earned Rothstein a good amount of money and infamy among mobsters, his real treasure trove came the following year.

Like many other gangsters, Arnold Rothstein saw the 1920 illegalization of alcohol, or the Prohibition, as an excellent opportunity to make money. 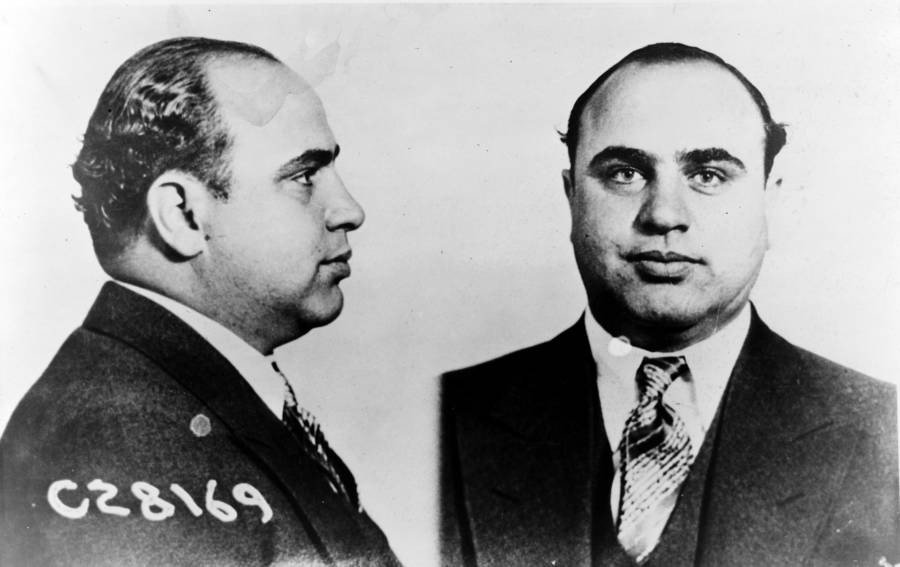 Rothstein became one of the first to get his hands into the illegal alcohol trafficking business, helping to import and ship booze all over the country. In particular, he organized the movement of liquor via the Hudson River and from Canada through the Great Lakes.

Along with Underworld kingpins like Al “Scarface” Capone and the aforementioned Lucky Luciano, Rothstein soon forged himself into one of the giants of the illegal alcohol trade.

If Waxey was making this much, we can only imagine how much Rothstein was bringing in from his illegal trade.

However, despite his seeming success as a bootlegger, Arnold Rothstein was not satisfied. His insatiable appetite for money eventually led him into the trade for another illegal substance – drugs.

He began purchasing heroin from Europe and selling it at a great profit throughout the States. He did something similar with cocaine.

In doing so, Rothstein became what many experts consider the first successful modern drug dealer, long before the age of such infamous drug lords as Pablo Escobar.

This trade proved to be even more lucrative than bootlegging and Rothstein became the kingpin of America’s drug trade.

By this point, some of the best-known mobsters of the era worked under his wing, including Frank Costello, Jack “Legs” Diamond, Charles “Lucky” Luciano, and Dutch Schultz. Unfortunately for Arnold Rothstein, though, these great times were not to last. 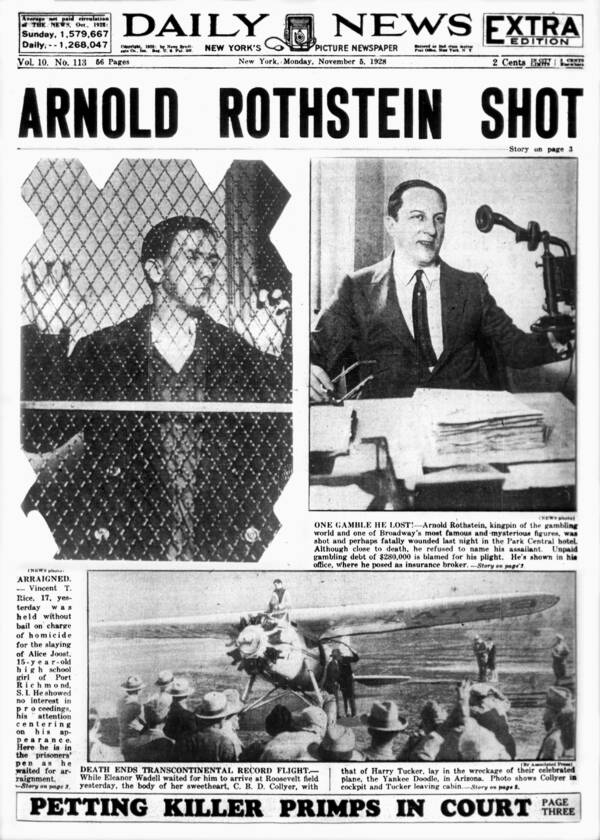 Like for many American gangsters before and after him, Arnold Rothstein’s rapid rise was matched only by his violent end.

It all happened in October 1928 when Rothstein joined a poker game that lasted four days. In an ironic twist of fate, the master of fixing games got himself involved in what appeared to be a fixed poker game.

Allegedly, the game was rigged by the pair of gambler-mobsters Titanic Thompson and Nate Raymond and ended in Rothstein owing them some $300,000. Aware that he had been swindled, Rothstein refused to pay up.

Then on November 4, Rothstein went to a meeting at Manhattan’s Park Central Hotel after receiving a mysterious phone call. An hour or so after strolling into the hotel, he staggered out — mortally wounded by a .38 caliber revolver. Rothstein passed away in a hospital two days later.

Adhering to the mobster code, Rothstein refused to name his killer. The authorities thought it was George McManus, the man who organized the infamous poker game, but nobody was ever convicted of the killing.

Arnold Rothstein went on to receive a full Jewish burial despite avoiding his family’s faith for much of his life. His widow, Carolyn Greene, later detailed her harrowing time with Rothstein in a tell-all memoir called Now I’ll Tell, released in 1934.

Given his powerful position and interesting life, Rothstein has appeared in several works of popular culture. For one, he served as the inspiration for the character of Meyer Wolfsheim in the famous American novel The Great Gatsby.

However, today we know Rothstein best from his depiction in HBO’s hit TV series Boardwalk Empire, where he is played by actor Michael Stuhlbarg.

While Meyer Lansky and Lucky Luciano may have organized crime as we know it today, it was Arnold Rothstein who was among the first to treat his criminal schemes as meticulous business decisions. Indeed, “Rothstein is recognized as the pioneer big businessman of organized crime in the United States,” one biographer writes of him.

Enjoyed reading about the rise and fall of Arnold Rothstein? Then check out the mobster known as Billy Batts whose life was too gory even for Goodfellas. Then, read this fascinating story on Paul Vaior, a real-life Goodfellas godfather.