Relive the glitz, glamour, and despair of the F. Scott Fitzgerald classic with these Great Gatsby quotes. 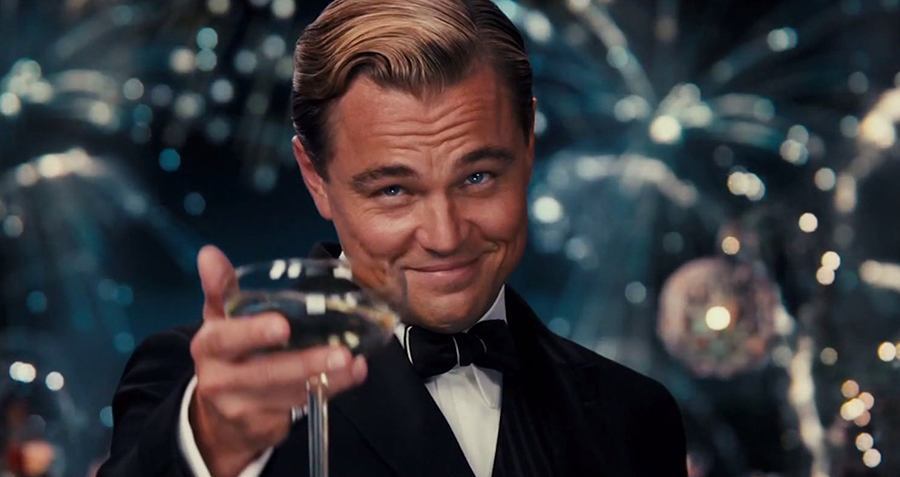 Warner Bros.Leonardo DiCaprio as Jay Gatsby in the 2013 film adaptation of The Great Gatsby.

Literary masterpieces transcend time and place — and The Great Gatsby, written nearly a century ago about a very specific time and place, is no exception.

Penned and published by F. Scott Fitzgerald when he was just under the age of 30, the novel takes on dreams: Those who pray to them, those hypnotized by them, those failed and disillusioned by them.

Whatever dreams Fitzgerald may have had for his best-known book evaporated upon its 1925 publication. Some critics called the author’s style “painfully forced” and the book “a dud,” and the book sold fewer than 20,000 copies in its first run.

By the time Fitzgerald died at age 44, he had only earned $8,397 in Gatsby royalties. Though as the following passages — and critical acclaim — show, The Great Gatsby as a quintessential work of American literature is invaluable:

1. “I was within and without, simultaneously enchanted and repelled by the inexhaustible variety of life.”

2. “Let us learn to show our friendship for a man when he is alive and not after he is dead.”

3. “There are only the pursued, the pursuing, the busy and the tired.”

4. “You see I usually find myself among strangers because I drift here and there trying to forget the sad thing that happened to me.” 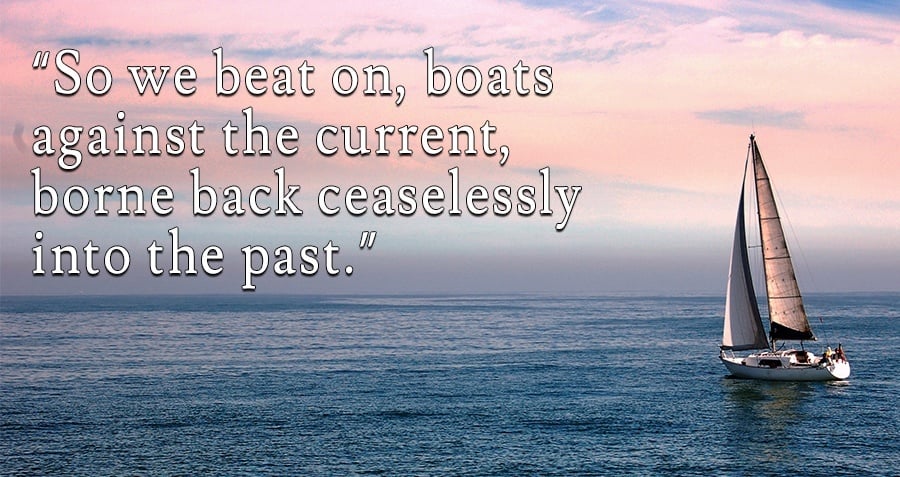 5. “So we beat on, boats against the current, borne back ceaselessly into the past.”

6. “Reserving judgments is a matter of infinite hope.”

7. “No amount of fire or freshness can challenge what a man will store up in his ghostly heart.”

8. “I felt a haunting loneliness sometimes, and felt it in others — young clerks in the dusk, wasting the most poignant moments of night and life.” 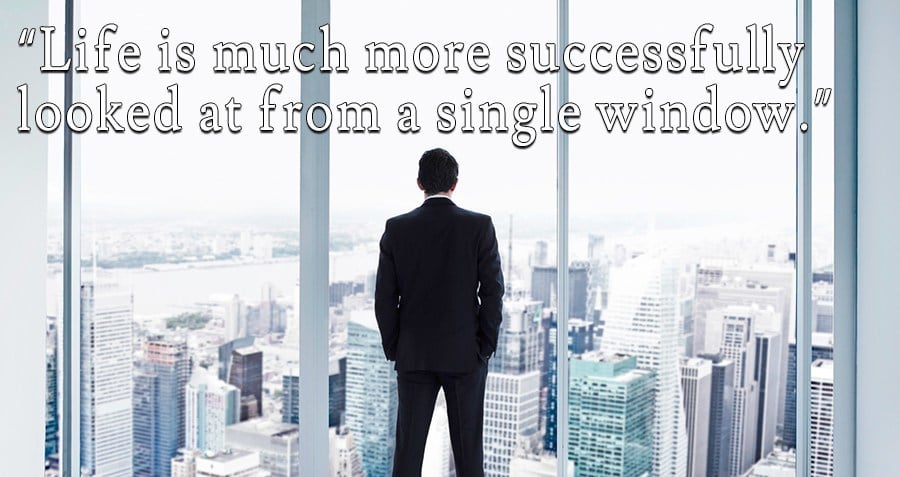 9. “Life is much more successfully looked at from a single window.”

10. “Thirty — the promise of a decade of loneliness, a thinning list of single men to know, a thinning brief-case of enthusiasm, thinning hair.”

11. “His dream must have seemed so close that he could hardly fail to grasp it. He did not know that it was already behind him.” 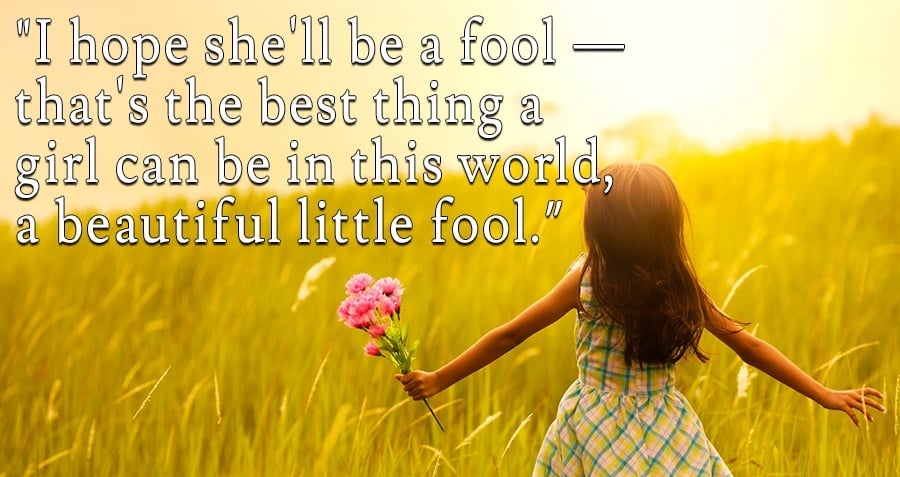 12. “I hope she’ll be a fool — that’s the best thing a girl can be in this world, a beautiful little fool.”

13. “He looked around him wildly, as if the past were lurking here in the shadow of his house, just out of reach of his hand.”

14. “…what foul dust floated in the wake of his dreams that temporarily closed out my interest in the abortive sorrows and short-winded elations of men.”

15. “Americans, while occasionally willing to be serfs, have always been obstinate about being peasantry.” 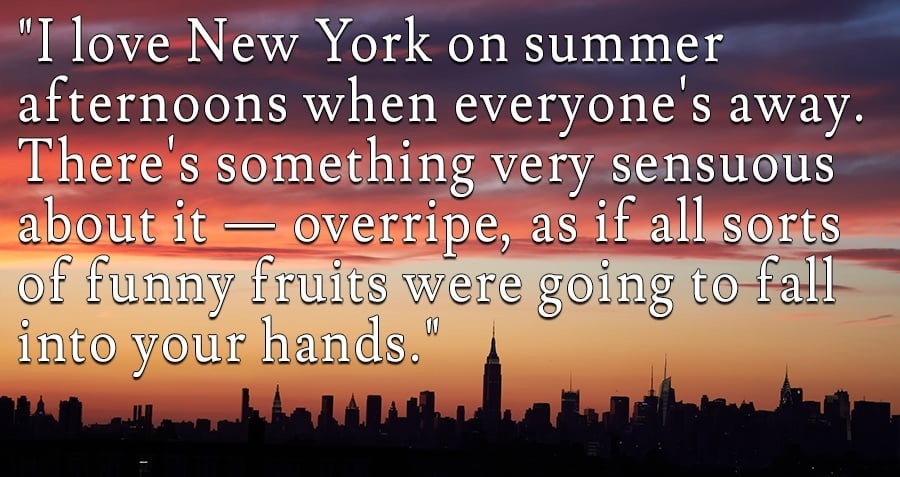 16. “I love New York on summer afternoons when everyone’s away. There’s something very sensuous about it — overripe, as if all sorts of funny fruits were going to fall into your hands.”

17. “‘Whenever you feel like criticizing any one,’ he told me, ‘just remember that all the people in this world haven’t had the advantages you’ve had.’”