Betsy Ross didn’t design the American flag. Neither did George Washington, Ben Franklin, or anyone else you’ve ever heard of (unless you’ve heard of Francis Hopkinson).

Nor was the flag’s design handed down by the gods to some mythical steward in a moment of dramatic inspiration.

It was instead crafted by a bureaucrat from New Jersey who requested payment for its creation in the amount of a quarter cask of wine (and never received it) — and who stole its design from a certain institution of Britain, the very nation America was rebelling against.

And since then, fittingly, the design of the American flag has been stolen by other nations and territories many times over.

Here’s who most likely stole from America and who America stole from in the first place: 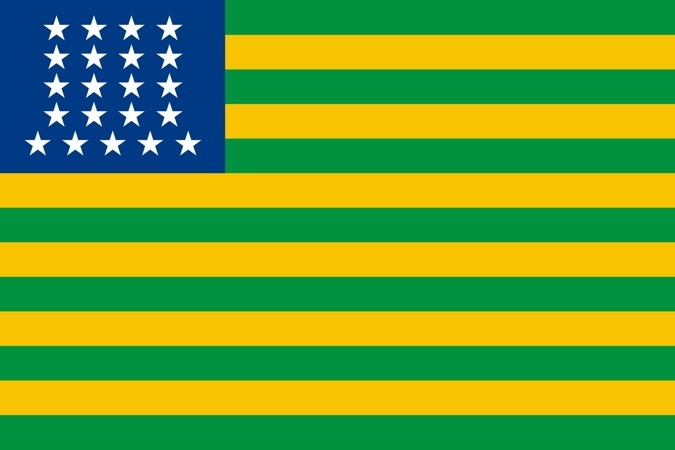 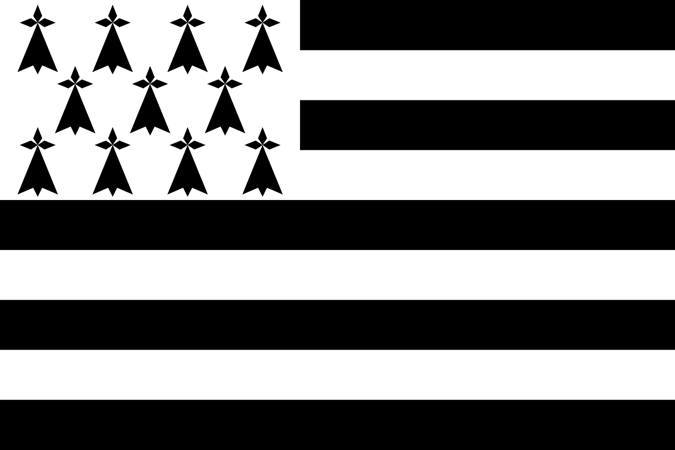 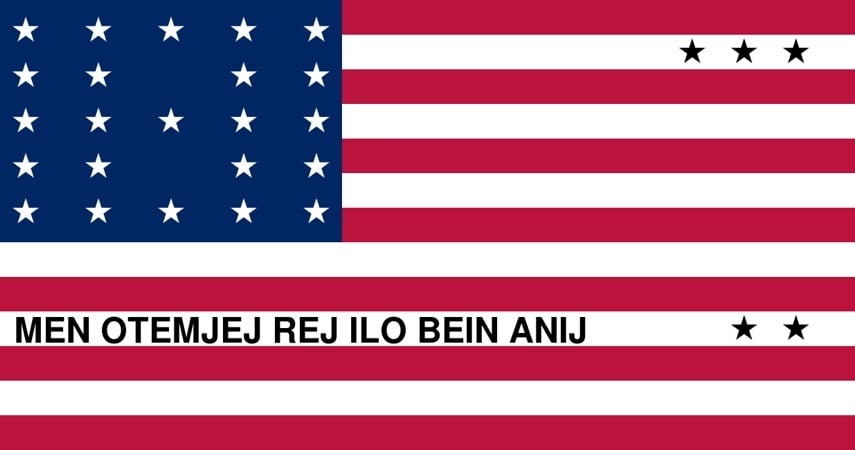 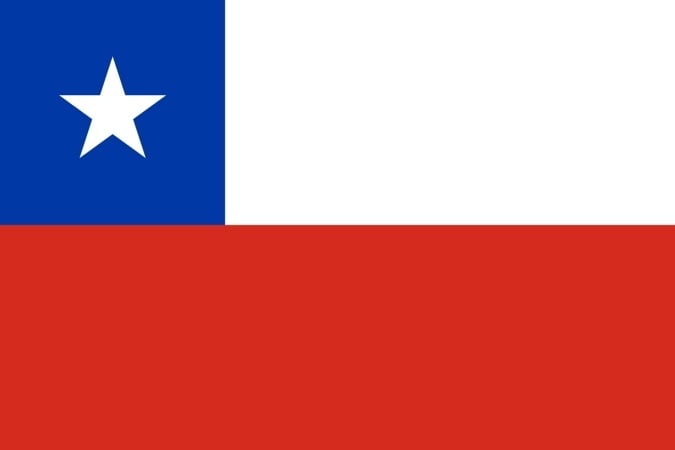 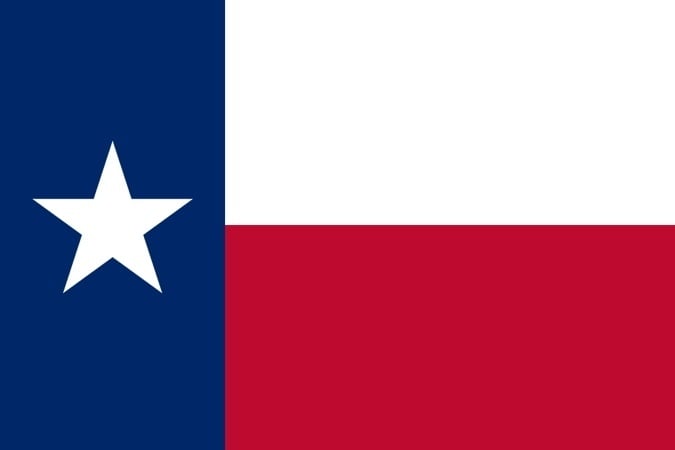 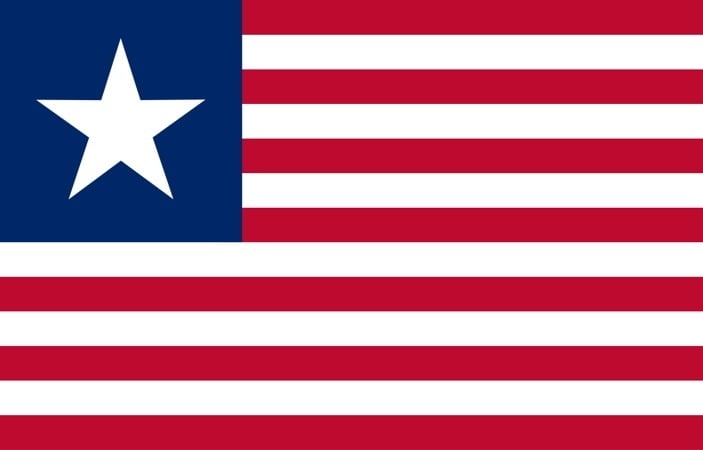 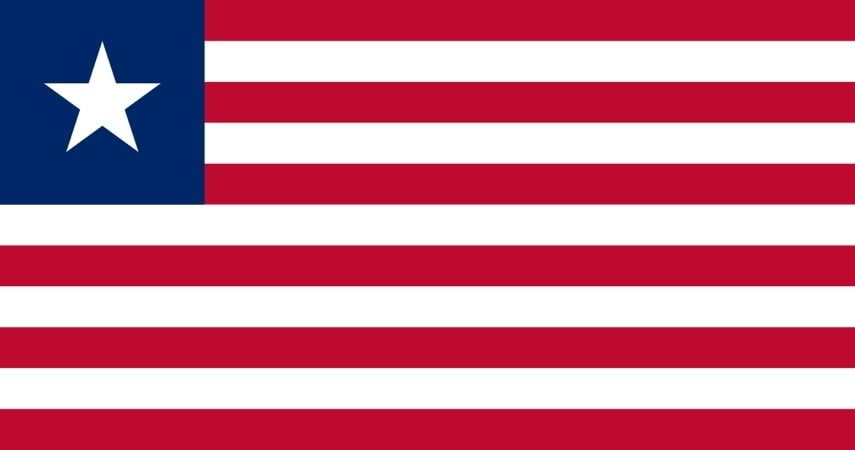 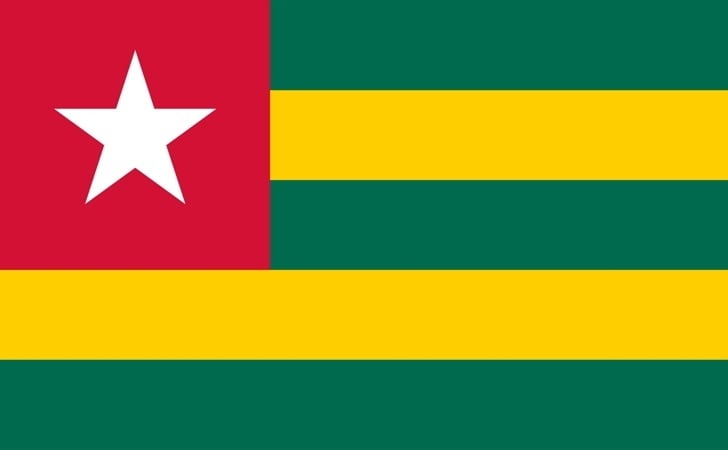 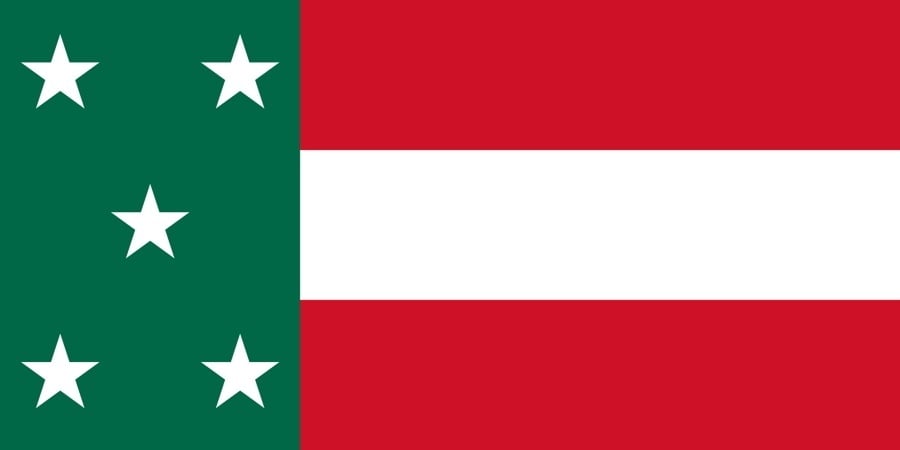 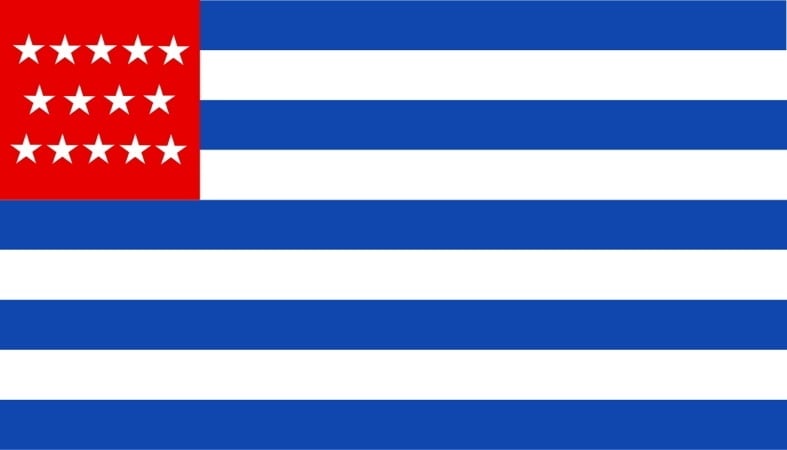 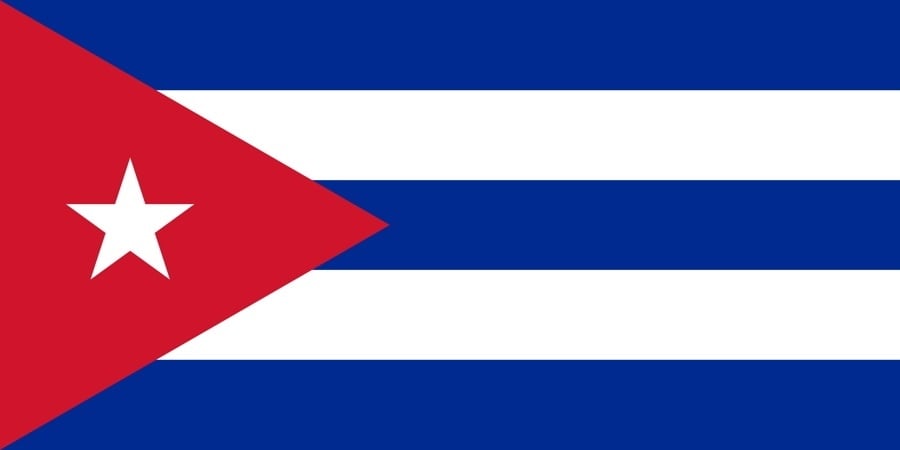 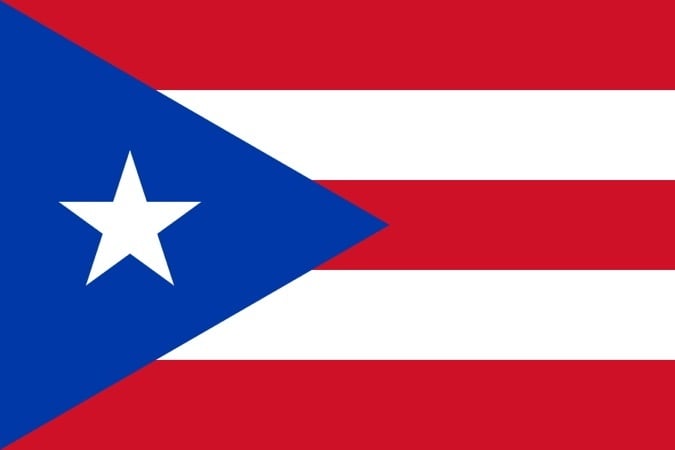 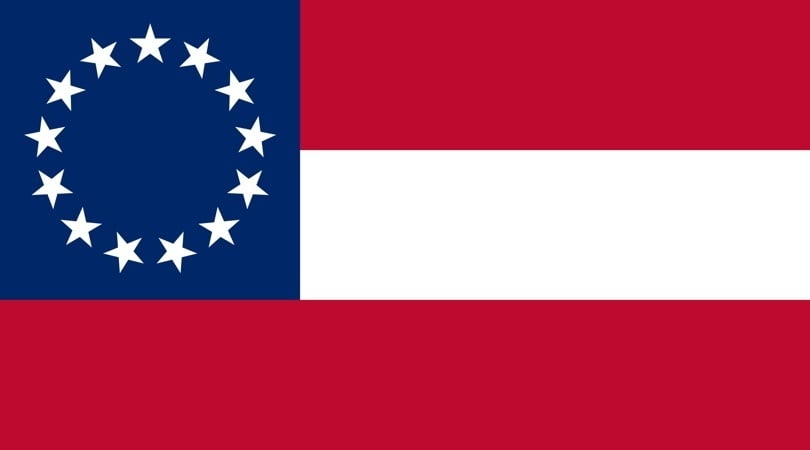 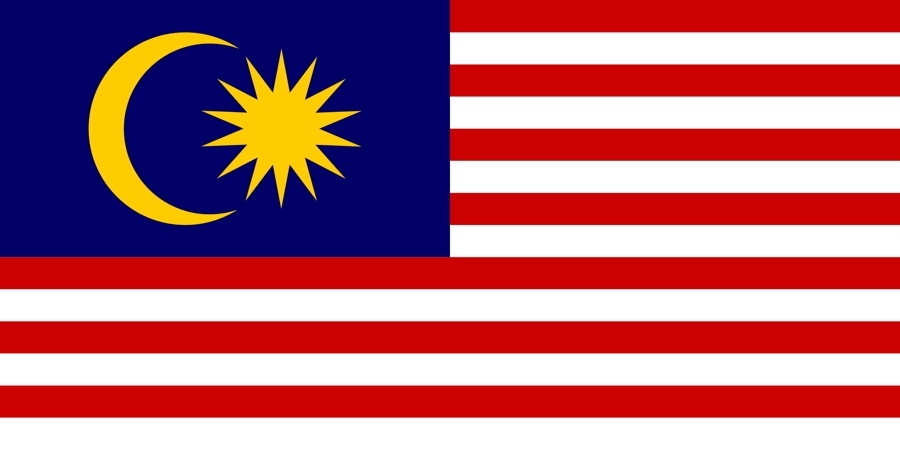 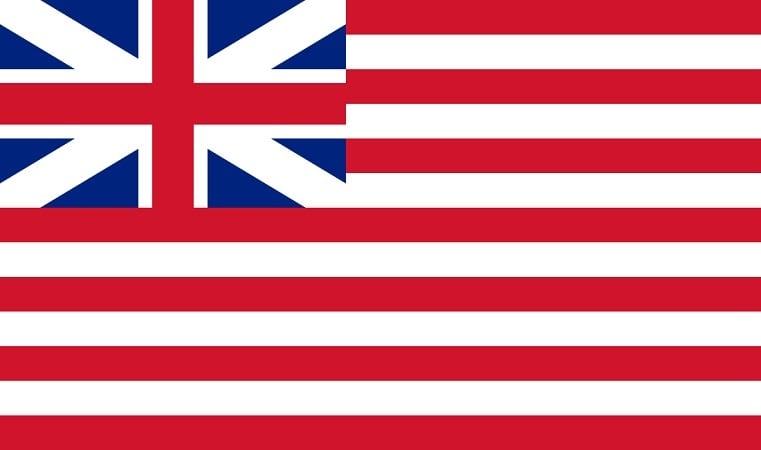 On November 15, 1889, the Brazilian monarchy that had ruled the country since its independence from Portugal in 1822, was overthrown in a military coup.

Then, over the initial five days of the First Brazilian Republic, the flag above was flown.

Ruy Barbosa, one of the civilian leaders of the revolution, designed the flag as an homage to that of the U.S. However, recognizing that this similarity was too great, acting Brazilian president Marshal Deodoro da Fonseca vetoed the design and the flag was taken down.
2 of 16

Brittany (region in the northwest of France)

Called Gwenn ha Du ("black and white" in the local Breton language), this flag is flown across the region of Brittany.

Designed in 1923 by Breton nationalist Morvan Marchal, the flag was originally a symbol of Brittany's desire to have self-rule apart from France, but has now largely lost its separatist connotations.

Morvan's design was based on the U.S. flag as well as the Greece flag because he believed those two nations to be the world's greatest symbols of liberty and democracy.
3 of 16

Consisting of just 3.4 square miles of land spread out over 23 tiny islands, the Bikini Atoll is itself a member of the Marshall Islands, a small, remote archipelago in the Pacific Ocean, about 2,000 miles from any country you'd recognize (like Papua New Guinea).

This remoteness made Bikini Atoll a perfect choice for U.S. nuclear testing during the Cold War. Between 1946 and 1958, the U.S. detonated 23 nuclear weapons there.

Residents were relocated, but lied to about when they could return and the chances that, despite relocation, they still might be harmed by radioactive fallout. Many starved on the smaller, less habitable islands to which they were moved, and even today, recent studies show that Bikini Atoll is still too dangerous for humans.

Thus, Bikini Atoll adopted the flag above in 1987 to symbolize the debt owed to the nation by the U.S.

Chile's flag, La Estrella Solitaria (The Lone Star), adopted in 1817 as Chile was about to break away from Spain and become an independent republic, has no official record of being inspired by the American flag. However, the similarities -- red and white stripes along with a blue canton (upper, inner corner) featuring a white star -- are certainly obvious.

Adopted in 1839 (22 years after Chile adopted their flag), the exact origins of Texas' flag aren't entirely known, although some credit politician Dr. Charles B. Stewart with drawing the initial design (including white for loyalty, blue for purity, and red for bravery, with a lone star symbolizing the state's newfound independence from Mexico).

But because the flag's origin story isn't perfectly clear, we can't be certain whether or not its creators had seen Chile's remarkably similar design. However, we can be sure that the Texas flag's designers knew the American flag and -- given the fact that previous drafts of Texas' flag were even more similar to the American flag -- we can be quite sure that the Stars and Stripes was a major source of inspiration.
6 of 16

On January 10, 1861, Florida joined several other southern states in seceding from the Union. However, before helping to found the Confederate States of America in February, Florida spent a month as the independent Republic of Florida.

During that brief window, Florida flew the flag above. While its design obviously (and perhaps, confusingly, given that Florida had just seceded from the Union) owes a strong debt to the American flag, it's also heavily inspired by the "Bonnie Blue Flag".

That flag was an early, unofficial banner of the seceding states and was itself, fittingly, inspired by the flag of 1810's short-lived Republic of West Florida (set up by the region's British settlers in defiance of the Spanish ones).

And to muddy the waters even more, there's one other flag that, more than any of these others, is virtually identical to this short-lived Florida banner...
7 of 16

Adopted in 1847, fourteen years before the virtually identical Florida flag, the flag of Liberia is almost certainly more similar to the American flag than any other current flag of a full-fledged country (as opposed to region or state, and so on).

This is, of course, no coincidence, as the west African nation of Liberia was settled in 1822 specifically as a haven for freed and free-born African-American and Afro-Caribbean slaves.

The country modeled its constitution and flag upon America's and still stands as Africa's first and oldest republic.
8 of 16

Designed by acclaimed artist Paul Ahyi and adopted in 1960, the flag features red symbolizing the blood spilled for independence, green representing the nation's forest and agriculture, and yellow representing the land's natural resources.
9 of 16

Initially adopted when Yucatán became a republic independent of the Mexican federation in 1841, the flag still flies throughout the region (which has long since rejoined Mexico as one of its states). Today, the flag is used to exhibit pride in local culture and even to sometimes protest local displeasure with the federal government.

The flag's design sports horizontal red and white stripes as well as a starred canton, just like America's. In this case, those stars represent the five departments into which the region was divided around the time it declared independence.
10 of 16

Although the Central American nation's current flag is now much different, El Salvador's flags used between 1865 and 1912 (varying only in the number of stars, and just one of which is shown above) was clearly remarkably similar to America's.

Designed by Narciso Lopez -- a Venezuelan soldier and revolutionary who fought for Cuban independence from Spain -- in 1849, and adopted when Cuba finally did become independent in 1902, the origins of Cuba's flag are sometimes disputed.

That said, there is certainly a case to be made (aside from the obvious aesthetic similarities) that Lopez had America's flag in mind when he designed Cuba's.

Lopez dreamed up the flag while living in his adopted U.S. home of New York City. His expedition into Cuba the following year (1850), some historians argue, was not so much a simple push for independence but an attempt to annex Cuba for the U.S., with backing from the southern states.

In fact, some claim that the flag's lone star was there to represent one more star that would hopefully be added to the ones on the American flag when Cuba became a U.S. state.
12 of 16

Remarkably similar to the Cuban flag, and belonging to a territory that actually is part of the United States, is the flag of Puerto Rico.

And like the Cuban flag, which inspired it, the Puerto Rican flag was created by revolutionaries living in New York City. And although Puerto Rico is of course now a U.S. commonwealth, there is no documented story of its flag representing a conscious plan to have the island made part of the U.S. (as there was with Lopez's Cuban flag).

And the Confederate Flag itself actually had three designs. The first one (above), used between 1861 and 1863, was of course very similar to the American flag, particularly the 13-star Colonial version.

Now, on the one hand, it's perhaps unfair to lump the Confederate Flag in with the flags of Liberia, Togo, and so on. After all, the Confederate states were part of the U.S. and were seeking to establish a kind of alternate U.S.

But, at the same time, it is rather surprising that a group so bitterly opposed to the U.S. would create a flag so similar to their enemy's. In fact, the flag above quickly drew criticism from Confederates, and even caused battlefield confusion because of its similarity to the American flag, and was replaced by a far more different flag in 1863.
14 of 16

The American flag is of course known as the "Stars and Stripes" or "Old Glory." So, it's only fitting that the Malaysian flag -- along with Liberia's, perhaps the one most similar to the American -- is called "Stripes of Glory."

Finally, the flag from which the United States took its design: that of the British East India Company.

When the Declaration of Independence was being signed, the first battles of the Revolutionary War were being fought, and the United States was becoming a country, its flag was not of course not the one you know today, nor even a variant simply with less stars.

Instead the American flag circa 1776, the first American flag, was called the Continental Colors and it was virtually identical to the British East India Company flag seen above (the only difference being a more square-shaped canton).

The British East India Company (fittingly, the major British trading company operating in East India), flew a flag consisting of between nine and 15 red and white alternating horizontal stripes and a canton of the British Union Jack. And even though the Americans were rebelling against the British, they lifted that flag design wholesale.

A year later, the Flag Act of 1777 simply replaced the Union Jack portion with stars representing the 13 colonies and settled on 13 as the number of stripes -- and the rest is history.
16 of 16 All images from Wikimedia Commons

Next, discover the crazy story of the evolution of the American flag. Then, allow this world flags infographic to explain some of the most interesting flag designs.