Who Made The American Flag? The Answer Is More Complicated Than Betsy Ross

The story of Philadelphia seamstress Betsy Ross designing the first American flag is one of the most popular tales of Revolutionary lore. But it might not even be true. 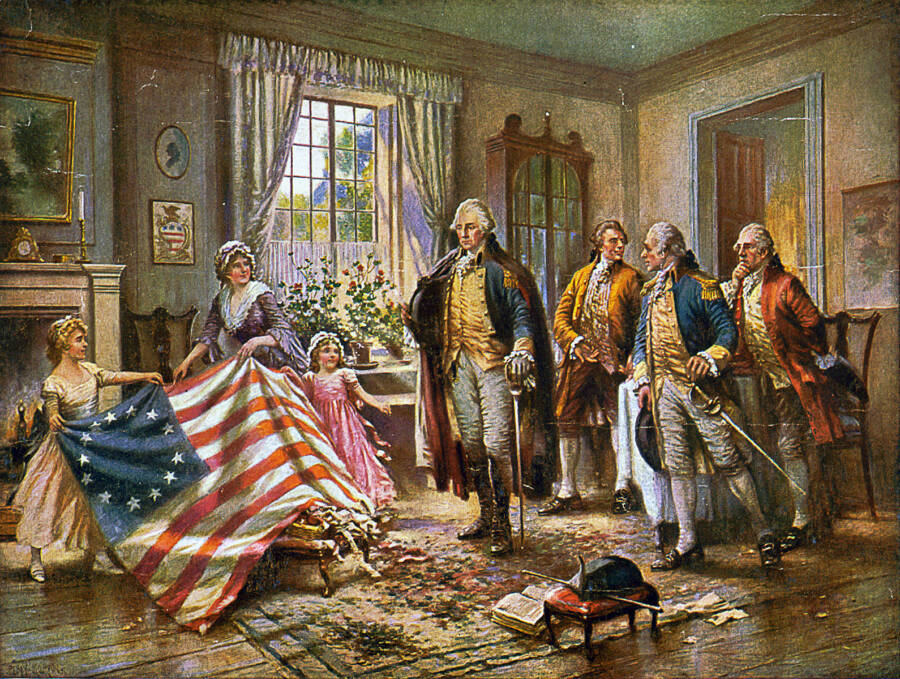 Wikimedia CommonsThe story of Betsy Ross accepting George Washington’s request for a flag is dubious to say the least.

The United States was just a few weeks shy of celebrating its one-year anniversary when the Second Continental Congress passed a resolution establishing an official flag for the nation. While the flag’s actual creation is often linked to Philadelphia seamstress Betsy Ross, this claim is starkly unfounded.

While June 14 has been celebrated as Flag Day for decades, the history behind its titular object remains contested and disputed. The American flag we use today is not only the 27th version of this national banner, but it is also unlikely to have resulted from Betsy Ross’ work.

Though most are aware of an early American flag with a circle of stars in the canton, the history of gradual design changes remains largely unexplored. Not only was the first design likely inspired by the British East India Company, but the stripes and stars have never meant what you may think.

So who made the American flag? The Betsy Ross story grows more doubtful each year. So a reexamination of the facts is long overdue.

The first “official” American flag was actually created in June 1775, and it was known as the Continental Colors or the Grand Union Flag. Much like today’s flag, it boasted 13 red and white alternating stripes to represent the 13 original colonies.

But the original American flag also contained a Union Jack in its corner, which was obviously a problem for a nation that was fighting to be independent from the British crown. 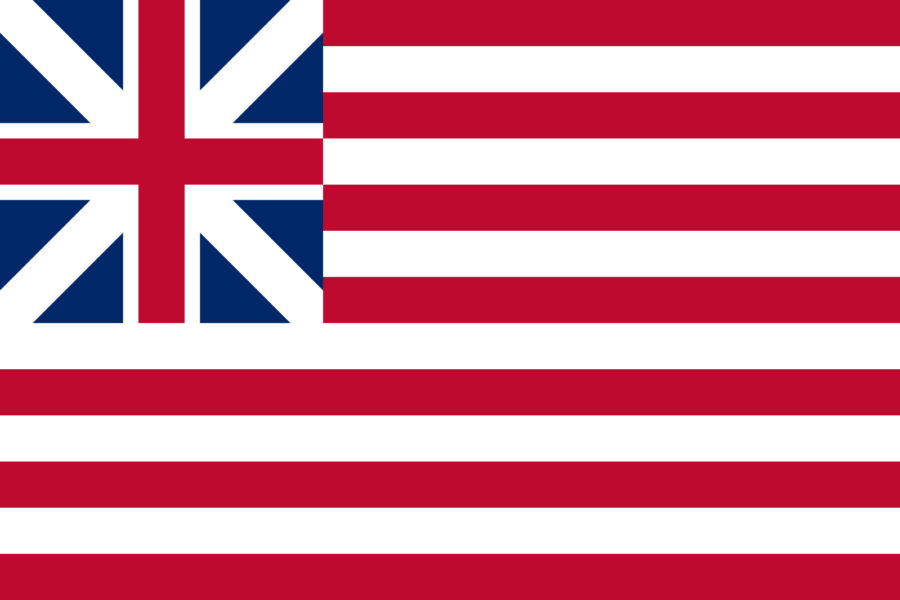 The Continental Colors were believed to have first been raised on Jan. 1, 1776 in Massachusetts at the behest of George Washington. The original American flag soon began to fly at forts and on naval vessels.

But as time went on, the Second Continental Congress realized that its flag had to differ more from the British one. So on June 14, 1777, Congress settled on a flag with alternating red and white stripes and 13 white stars in a blue field, “representing a new constellation.”

It remains unknown why this particular color combination was selected, though some have speculated that red might represent valor, white may symbolize purity, and blue might represent justice. However, none of this has been confirmed. It’s also unclear why the pattern was chosen.

But in any case, the Stars and Stripes were finally flown for the first time in September 1777 during the Revolutionary War. 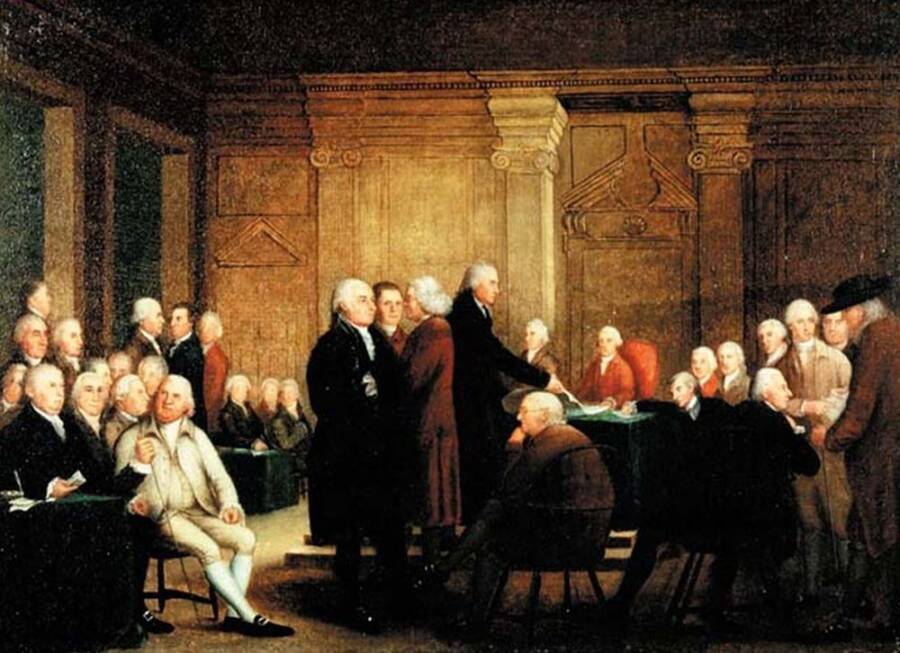 Ever since then, it’s been believed that the EIC flag could have served as inspiration for both the original and modern American flags — despite the fact that politicians clearly wanted to leave Britain out of the mix.

But perhaps no theory about the famous Stars and Stripes has persisted quite as long as the tale of Betsy Ross.

Who Made The First American Flag As We Know It Today?

Born on Jan. 1, 1752 in Gloucester City, New Jersey, Elizabeth “Betsy” Ross posthumously gained fame for making the first American flag. The popularized narrative first became public in 1870 — about 94 years after she allegedly sewed it — when her grandson William Canby told the story to the Historical Society of Pennsylvania. 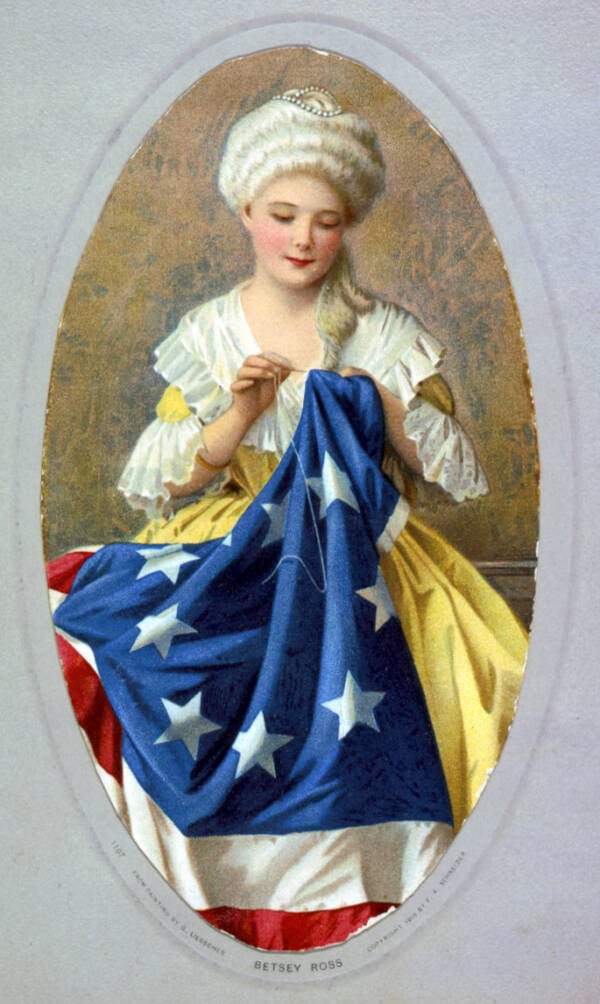 Canby claimed that Ross often recounted a visit in May or June of 1776 that changed her life forever. Gen. George Washington, Revolutionary War financier Robert Morris, and Col. George Ross apparently stopped in for an unexpected and very important meeting.

Col. Ross, the uncle of her dead husband, wasn’t the only one in the group that Betsy Ross recognized, according to Canby:

“She also knew the handsome form and features of the dignified, yet graceful and polite Commander in Chief, who, while he was yet Colonel Washington had visited her shop both professionally and socially many times…they announced themselves as a committee of Congress, and stated that they had been appointed to prepare a flag, and asked her if she thought she could make one.”

Canby’s account of the tale saw the seamstress reply modestly, unsure if she could handle the task but graciously accepting the opportunity. 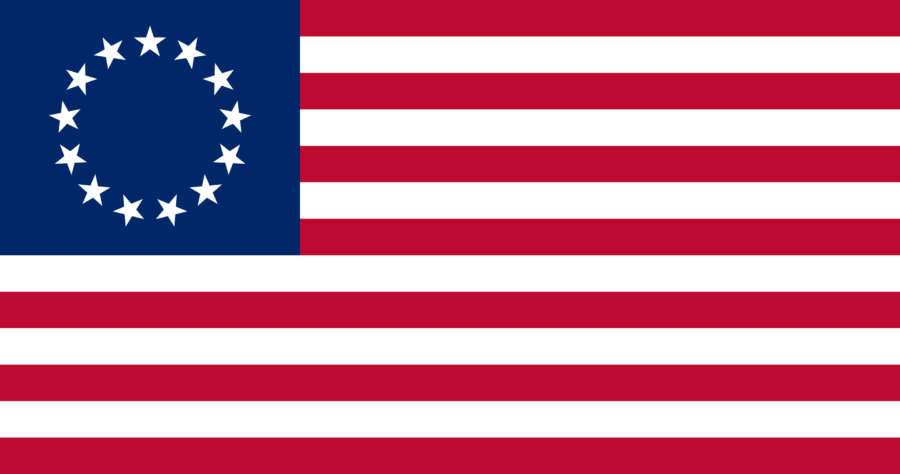 Her limited instructions were that the flag should bear 13 alternating red and white stripes, and should include 13 six-pointed white stars in a blue background. One of the only changes that Ross supposedly made was making the stars five-pointed.

Ross purportedly designed a prototype according to these specifications, and it was later approved by Congress. But many historians are rightfully skeptical of this story. After all, the only documented evidence that any of this happened is a barrage of circumstantial facts and an oral account.

“As far as the big question — Did she make the first American flag? — every historical study has come to the same conclusion,” said Marc Leepson, the author of Flag: An American Biography. “There’s no good historical evidence that she did. But that doesn’t mean she didn’t.”

“There’s simply a lack of documentation. Most historians believe the story is apocryphal.” 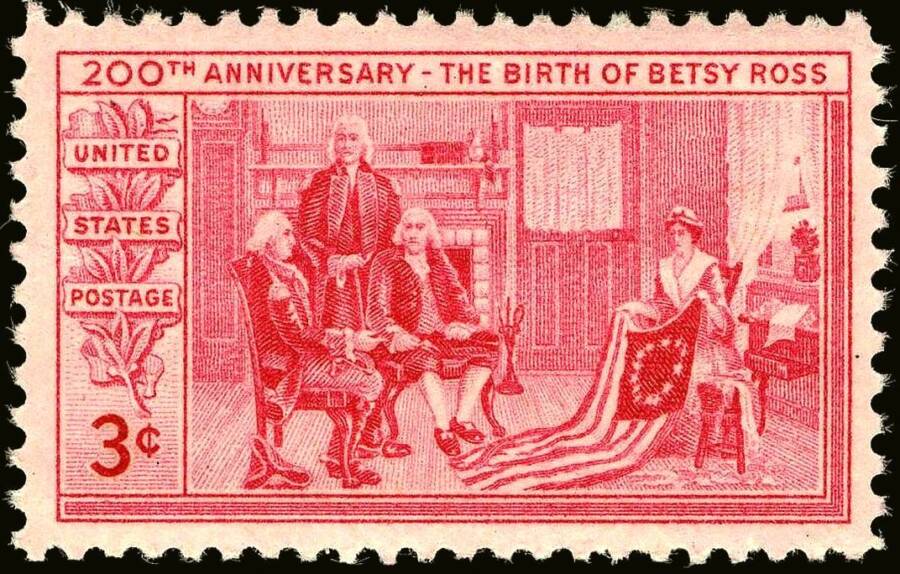 The circumstantial support for Canby’s claim is essentially comprised of the fact that her dead husband’s uncle, George Ross, could have recommended her for the job. Additionally, she was, indeed, a seamstress — and reportedly knew both Washington and Morris from social gatherings.

The strongest piece of evidence that Ross created the flag is a receipt of more than 14 pounds paid to her on May 29, 1777 by the Pennsylvania State Navy Board. Nonetheless, it only said that the materials were for making “ships colours” — leaving any overwhelming proof to be desired.

Naturally, those skeptical of the fabled Betsy Ross story have gravitated toward other theories.

Other Theories Of The American Flag’s Creation

Most historians credit Francis Hopkinson, a New Jersey delegate to the Continental Congress, with designing the first flag. This is largely due to a payment that he sought from the Board of Admiralty for his design of the “flag of the United States of America” in 1780. 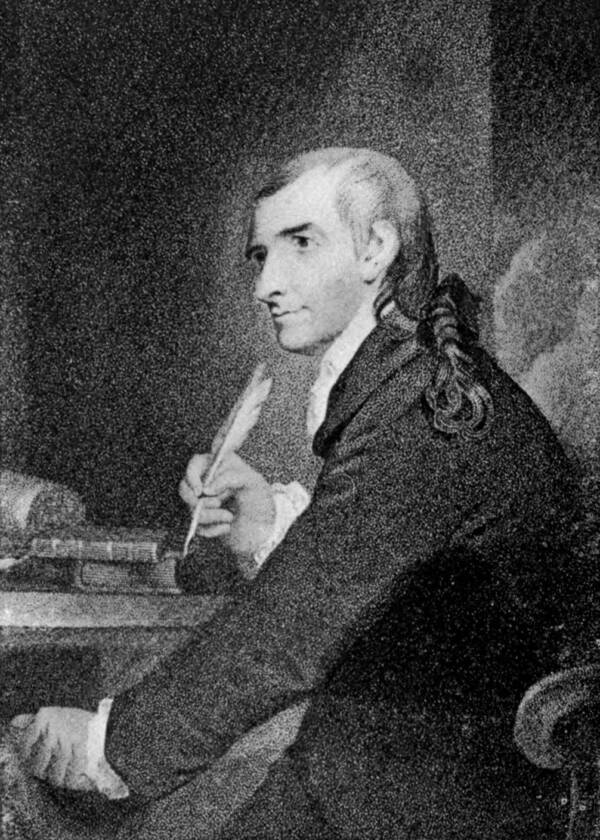 Though he was rejected, Hopkinson was only denied payment because “he was not the only one consulted” on the design of the flag. This might indicate that the creation of the flag was a group effort of sorts, one that may or may not have included Ross.

For what it’s worth, the Independence Hall Association has defended the Ross story, but in a mostly sentimental way:

“When we view the flag, we think of liberty, freedom, pride, and Betsy Ross. The American flag flies on the moon, sits atop Mount Everest, is hurtling out in space. This is how America signs her name. It is no surprise that Betsy Ross has become one of the most cherished figures of American History.”

A CBS News segment on the contested Betsy Ross story.

With no clear documentation that Ross actually designed the flag, this stance moves us no closer to the truth.

However, the Betsy Ross House provided more poignant instructions for those looking for answers:

“Curious minds are encouraged to look at primary sources, examine evidence firsthand, and draw their own conclusions, not just with regard to Betsy and the flag, but with all contentious subjects.”

After learning about who made the American flag, read about the 10 American history myths you probably believe. Then, learn how Americans saluted the flag until 1942.