Despite its brevity, US history has provided us with numerous colorful characters and significant events to examine.

From quirky inventors to red-blooded patriots, the annals of this country’s history are filled with wondrous tales and exploits of those before us. And, of course, more than a few myths have snuck their way in, as well. 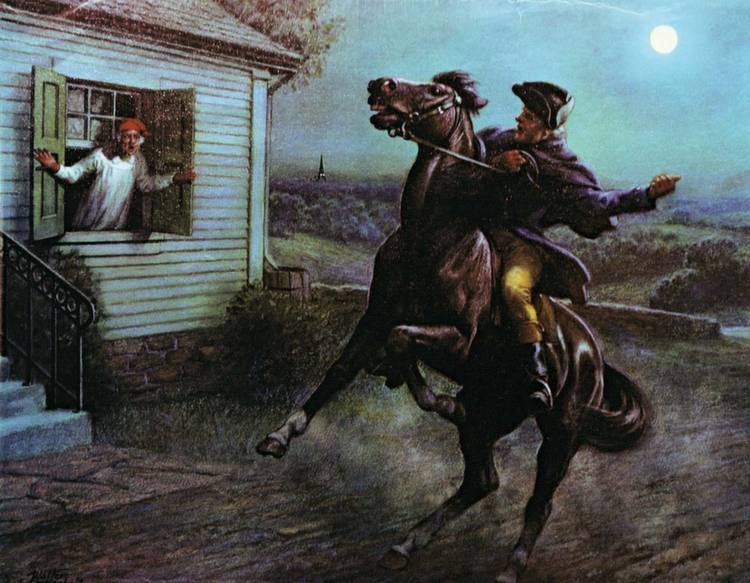 “One if by land, two if by sea”. That part was true. Source: Britannica

It is one of the most iconic scenes of the Revolutionary War. The image of Paul Revere on horseback, shouting “The British are coming!” turned him into one of the country’s greatest patriots. But this moment has little to do with reality.

In fact, the valiant Paul Revere on horseback can only be found in a famous poem titled “Paul Revere’s Ride” by Henry Wadsworth Longfellow, which appeared 85 years after the ride itself. Obviously, since he was a poet and not a historian, Wadsworth took significant liberties in order to portray Revere as heroically as possible.

Truth be told, Revere’s ride wasn’t seen as a big deal in his own time. It wasn’t even mentioned in his obituary. For starters, he didn’t do it alone. As he went along his route, he was joined by several others who helped him warn of the arriving British forces. We know of at least two other men who accompanied him: Samuel Prescott and William Dawes.

And he wouldn’t have shouted “The British are coming” for two reasons. One, this was a secret mission where he had to evade British patrols. And two, most people living in Massachusetts at the time were ethnically English and considered themselves British. If anything, he would have warned that the Regulars are coming.

2. Betsy Ross and the American Flag 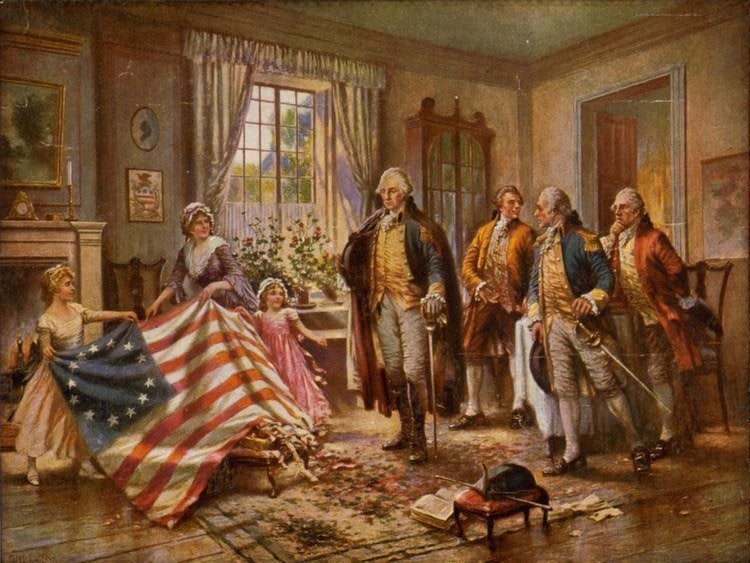 The legend of Betsy Ross designing the first American flag is very pervasive today, mostly due to great timing. But the truth is that there is no historical evidence to suggest that Ross or any other person was solely responsible for creating the flag design with the 13 stars arranged in a circle.

However, it should be noted that during her time Ross herself never claimed responsibility for this feat. According to Betsy, her contributions involved selecting a five-pointed star over a six-pointed one because they were easier to make.

The concept of Ross creating the flag came 35 years after her death, courtesy of her grandson, William Canby. He had quite a great story to tell that was supposedly passed down through the family.

It was all about how Washington himself came into Ross’ store one day and she impressed him by showing how easily a five-pointed star could be made, so he commissioned Betsy Ross to create the entire flag. It was a very appealing story, but Canby didn’t have any evidence to support it.

However, he did come out with it during the Centennial Celebrations. People were eager to learn about the first patriots of this country so the story gained a lot of publicity. Many of them preferred this version over the truth, whatever that might be.