What Did The “World’s Largest Couple” Look Like 100 Years Ago?

Today, obesity is not so much a rarity as it is an international epidemic. 100 years ago, being the world's largest couple meant belonging to a circus.

We fret about obesity today in a way that few generations ever have. Human heft was once rare enough to go on tour; today, it’s become normalized. At yesteryear’s tawdry freak shows, gawkers would crowd around men, women, and couples claiming to be the largest in the region, the country, or the world.

Let’s join those outdated crowds for just a moment. What did the “largest couple in the world” look like 100 years ago? 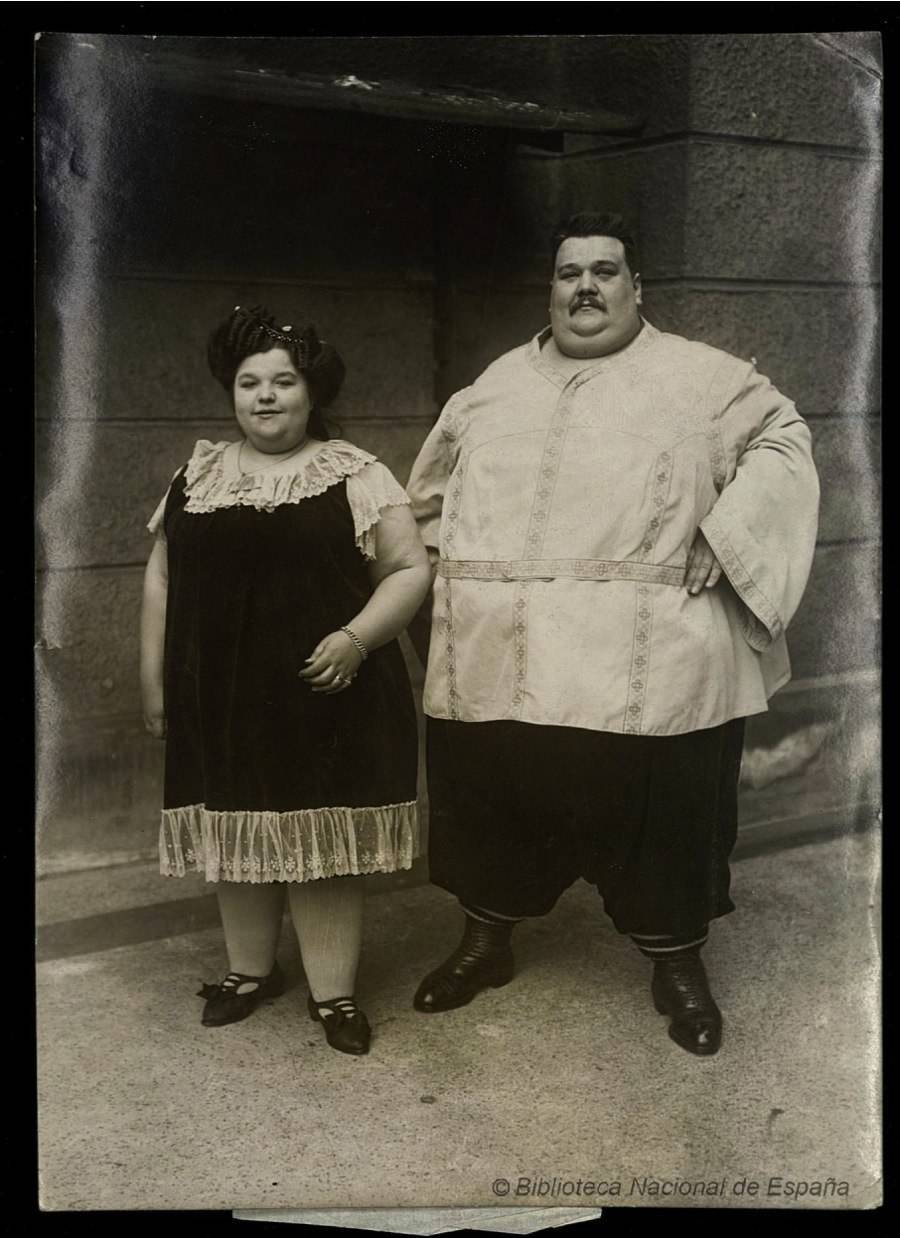 Now, there’s no way of knowing whether their claim to “world’s largest status” was verifiably true. The details on the back of this Parisian postcard reveal that combined this couple tipped the scales at 1,031 livres. This converts to 1,112 lbs. Yes, they weighed more than half a ton. 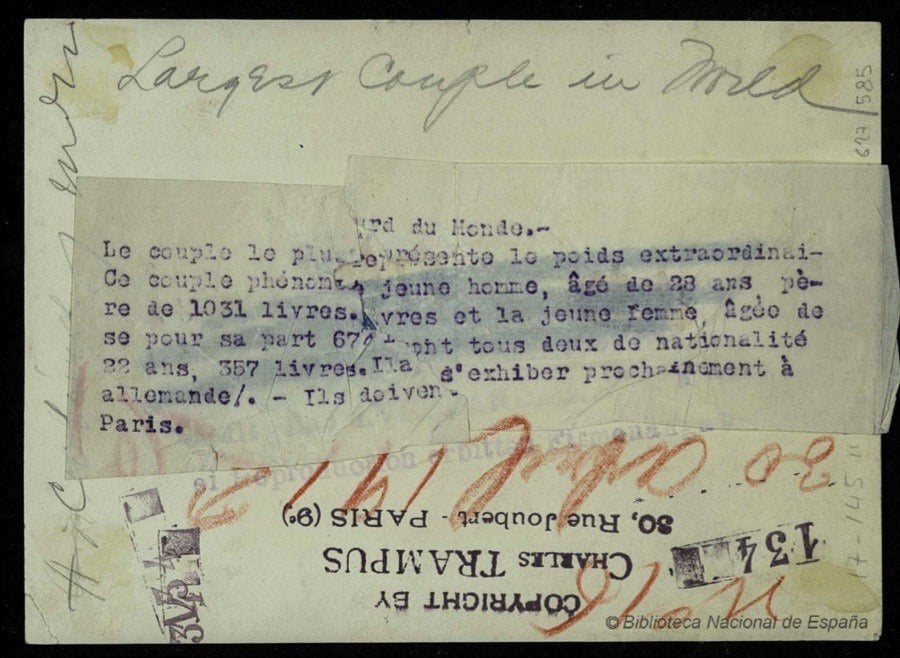 The man, according to the text, is 28 years old at the time of the photograph, and his bulk accounts for 674 livres (727 lbs.) of the couple’s total. The 22-year-old woman weighs in at 357 livres or 385 lbs. They are purportedly German. Handwritten text in English reads, “Largest couple in world.” The red script, in Spanish apparently, gives the date of “30 abril 1912.” How much of the information on the back of the postcard is true is lost in the past.

As heavy as this 20th century pair may be, they do not quite reach the colossal height of the 19th century’s “largest couple.” That title belongs to Anna Haining Swan and her husband Martin Van Buren Bates. 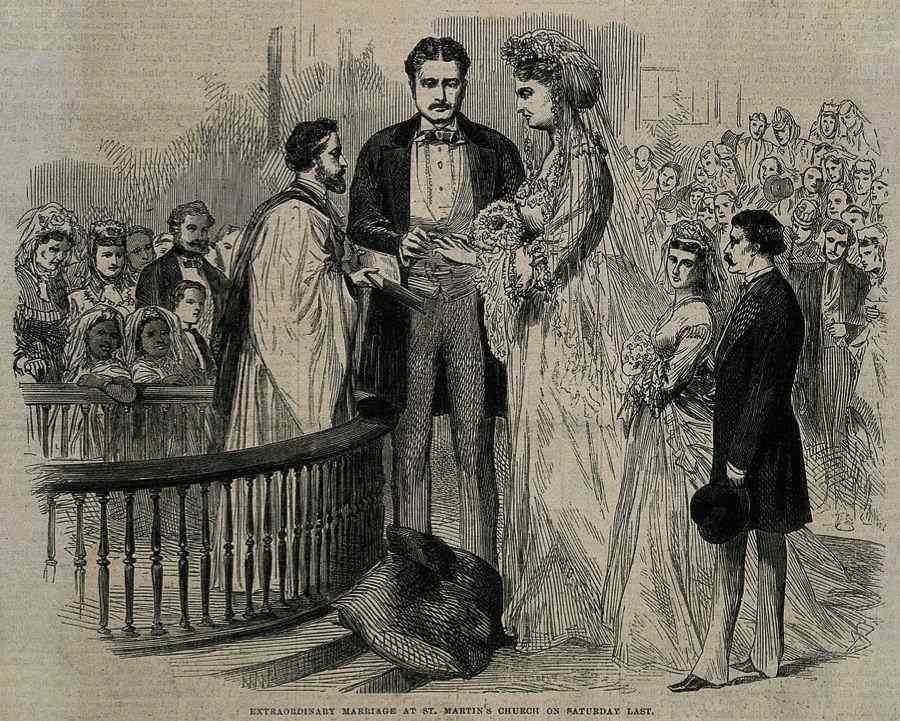 Canadian Anna met Martin, the “Kentucky Giant,” in the 1870s when their separate circus tours overlapped in Halifax, Nova Scotia. Their promoters put them together as a single act, and they eventually married and settled down together in Seville, Ohio. According to the village of Seville, Martin stood at 7’8” and weighed 470 lbs. at his maximum. Anna peaked at 413 lbs. with a height of 7’11”, one inch shy of eight feet.

Next, see some of the most incredible Andre the Giant photos that you won’t believe aren’t photoshopped.