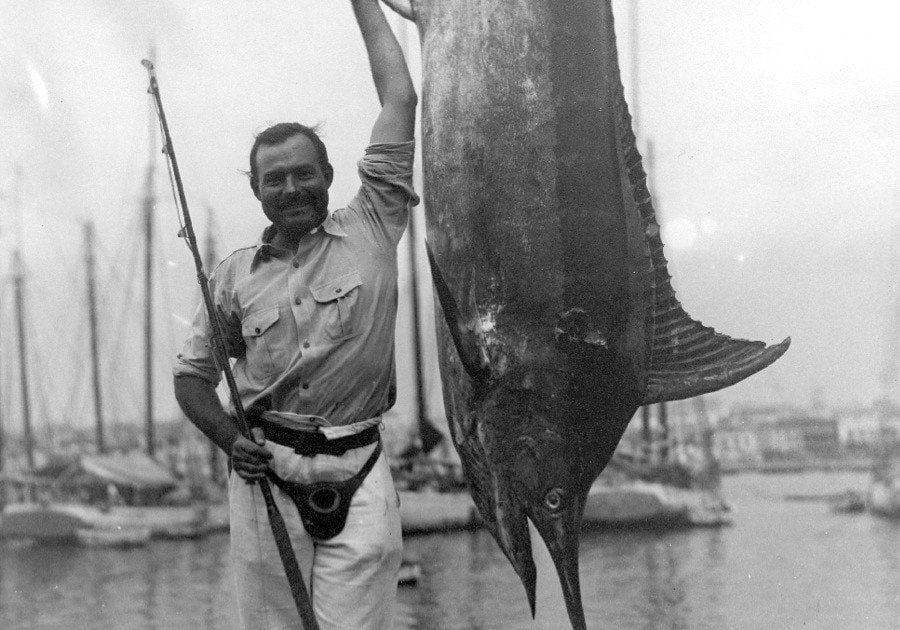 Ernest Hemingway loved the hunt. Here he stands beside a marlin he caught off the coasts of Cuba. Source: John F. Kennedy Presidential Library and Museum

Ernest Hemingway saw life as a losing battle. Though life would beat you and shred you and knock your teeth in, Hemingway thought he could save his dignity by living dangerously, but bravely. When he was 19, he wrote in a letter to his family, “And how much better to die in all the happy period of undisillusioned youth, to go out in a blaze of light, than to have your body worn out and old and illusions shattered.”

He valued courage perhaps above all else.

Whether fishing for marlin off the coast of Cuba, hunting lions in Kenya, or attempting to do something no one had done before in the medium of fiction, Hemingway tried to live up to his own high standard. He endured on the earth for nearly 62 years before the impulse toward suicide overcame him, as it had overcome his father.

Before he died, he created a canon of fine, fictional work that included the novels The Sun Also Rises, A Farewell to Arms, To Have and Have Not, For Whom the Bell Tolls, and The Old Man and the Sea.

The quotes below, drawn from interviews, essays and his books, bear the essence of the philosophy that motivated his life and his exceptional fiction.

2. Advice to a young writer: 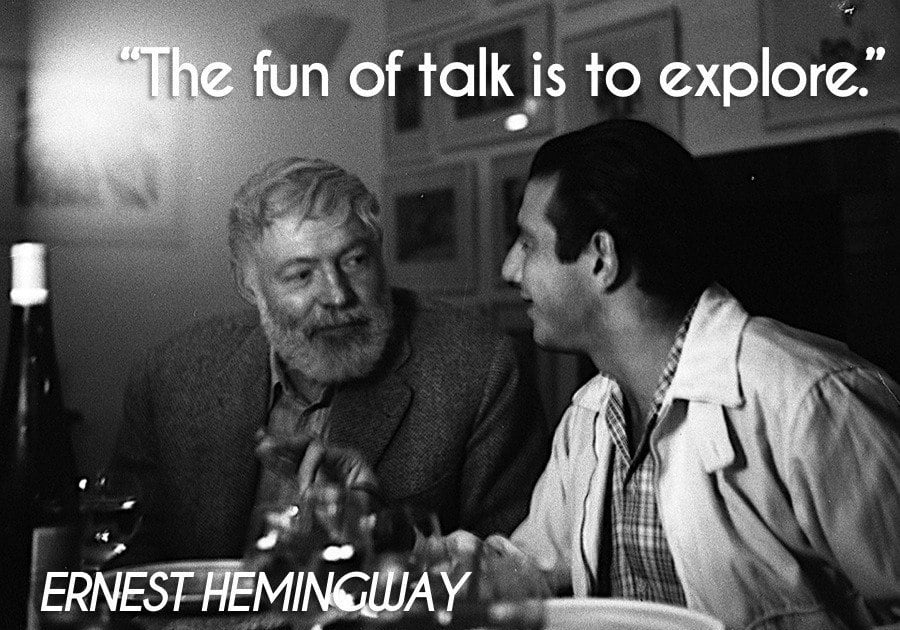 4. “The best way to find out if you can trust somebody is to trust them.”

5. “An intelligent man is sometimes forced to be drunk to spend time with his fools.”