6. “The most essential gift for a good writer is a built-in, shockproof, shit detector. This is the writer’s radar and all great writers have had it.”

7. From Green Hills of Africa:

All modern American literature comes from one book by Mark Twain called Huckleberry Finn… American writing comes from that. There was nothing before. There has been nothing as good since.

8. In a letter to F. Scott Fitzgerald:

Forget your personal tragedy. We are all bitched from the start and you especially have to be hurt like hell before you can write seriously. But when you get the damned hurt use it—don’t cheat with it.

Be as faithful to it as a scientist—but don’t think anything is of importance because it happens to you or anyone who belongs to you. About this time I wouldn’t blame you if you gave me a burst. Jesus, it’s marvellous to tell other people how to write, live, die, etc.

9. In another letter to Fitzgerald:

The good parts of a book may be only something a writer is lucky enough to overhear or it may be the wreck of his whole damn life — and one is as good as the other.

10. From another letter to F. Scott Fitzgerald:

That is what we are supposed to do when we are at our best — make it all up — but make it up so truly that later it will happen that way.

Do not worry. You have always written before and you will write now. All you have to do is write one true sentence. Write the truest sentence you know. 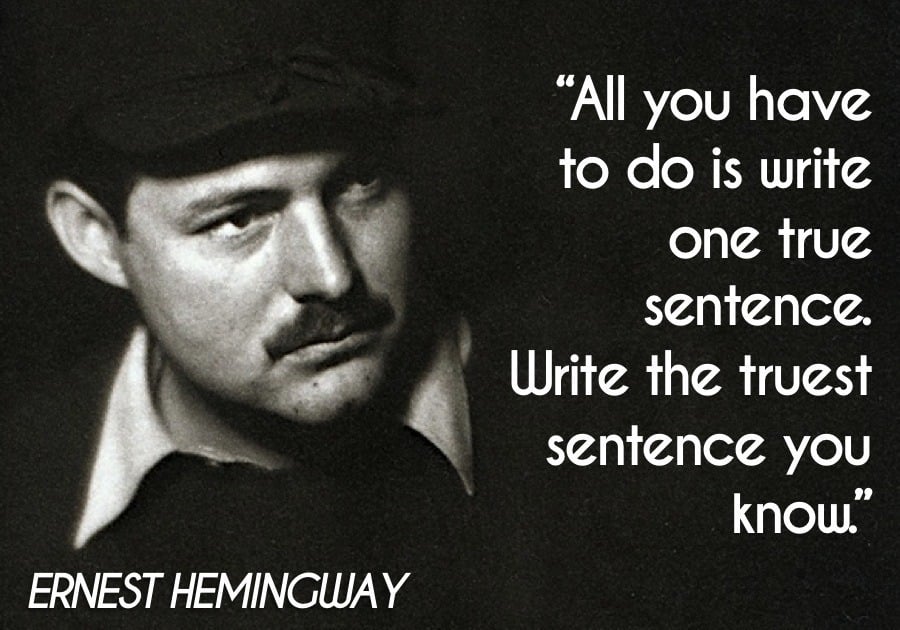 They wrote in the old days that it is sweet and fitting to die for one’s country. But in modern war there is nothing sweet nor fitting in your dying. You will die like a dog for no good reason.